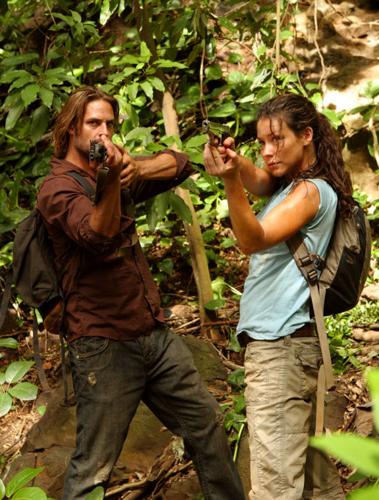 What's gonna happen on "Lost" this season? We could tell you, but then we'd have to shoot you. (AP Photo/ABC, Mario Perez) 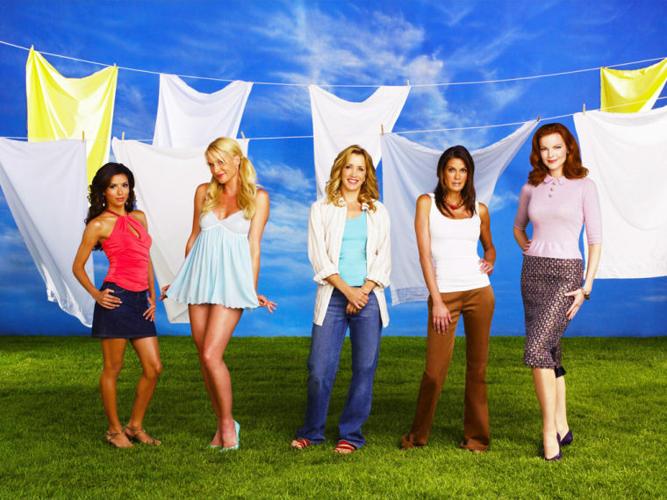 Is Mike dead? None of these ladies are saying. Yet. (AP Photo/ABC, Andrew Eccles)

What's gonna happen on "Lost" this season? We could tell you, but then we'd have to shoot you. (AP Photo/ABC, Mario Perez)

Is Mike dead? None of these ladies are saying. Yet. (AP Photo/ABC, Andrew Eccles)

LOS ANGELES (AP) — Remember that hole in your stomach as you crept into your first math class after summer vacation, every once-learned equation replaced by fuzzy summer memories? The stakes are, well, a bit lower as fall TV series return, but you’ll need a cheat sheet just the same. Here’s asap’s refresher course on 10 returning shows (listed chronologically by premiere’s date and time). ——— HOW I MET YOUR MOTHER (Sept. 18, 8:30/7:30c on CBS) A big breakup and a big smooch in the finale sent our two couples into a bit of role reversal. Ted (Josh Radnor) and Robin (Cobie Smulders) kissed in the finale and it looks like their relationship will last at least a few episodes into the second season. But we’re not getting too attached; producers have said Robin’s not the titular mother. THE OFFICE (Sept. 21, 8:30/7:30c on NBC) Smothering all other storylines -- yes, especially the goofy-geeky ‘‘webisodes’’ broadcast over the summer -- is what will happen with Jim (John Krasinski) and Pam (Jenna Fischer) after last season’s smooch finale and Jim’s long-awaited admission: ‘‘I’m in love with you.’’ NBC promos promise ‘‘anything’s possible.’’ We hope so. CSI: CRIME SCENE INVESTIGATION (Sept. 21, 9/8c on CBS) In last season’s finale, Gil (William Petersen) had to decide what to do with the incapacitated Jim (Paul Guilfoyle). Jim makes it through surgery, setting up the final scene shocker: Gil and Sara (Jorja Fox) are getting it on! A one-time thing? An off-camera secret? Promos promise Cirque du Soleil action. Very Vegas, but we only have eyes for juice on Gil and Sara. GREY’S ANATOMY (Sept. 21, 9/8c on ABC) Is Denny really dead? Is Addison pregnant? Where are the panties? Ah, the burning questions surrounding the life of Meredith Grey (Ellen Pompeo). Our answers, in order: Yes -- show creator Shonda Rhimes posted on a FAQ that ‘‘Denny, like Dylan, is dead. He’s really dead.’’ A big maybe on the Addison question, though Rhimes promises the love triangle will be straightened out. And as for the underwear: One promo displayed them pinned up on a bulletin board. DESPERATE HOUSEWIVES (Sept. 24, 9/8c on ABC) Aside from the excitement that a certain third-season-promoting YouTube video of Bree (Marcia Cross) has drummed up, Orson (Kyle MacLachlan, Trey in ‘‘Sex and the City’’) ran over Mike (James Denton) and Matthew (Mehcad Brooks) shot by a police sniper. Biggest question nagging the premiere episode: Is Mike dead? We doubt it. GILMORE GIRLS (Sept. 26, 8/7c on The CW) Look for fallout as Richard (Edward Herrmann) and Emily’s (Kelly Bishop) marriage crumbles and Lorelai (Lauren Graham) tries to keep Rory (Alexis Bledel) in check after she slept with her married former boyfriend in last season’s finale. Not that there wasn’t already enough off-screen drama for this series that’s being revived on that oddly-named new network. EVERYBODY HATES CHRIS (Oct. 1, 8/7c on The CW) The cutesy yet often-pointed period sitcom ended last season with Chris (Tyler James Williams) paying dad Julius’ (Terry Crews) electric bill, and Julius enjoying a day with the house to himself. We’re promised guest appearances in the upcoming season from Jason Alexander and Whoopi Goldberg. Whoopi and Chris Rock’s biting narration? Hard not to love that. LOST (Oct. 4, 9/8c on ABC) We can’t imagine Michael (Harold Perrineau) and son Walt (Malcolm David Kelley) get very far on their raft, which makes the fact that Jack (Matthew Fox), Kate (Evangeline Lilly), Hurley (Jorge Garcia) and Sawyer (Josh Holloway) are bound and gagged by the Others all the more frustrating. Biggest questions: What’s up with the woman searching for Desmond (Henry Ian Cusick)? That giant statue’s foot? And what happened to Locke (Terry O’Quinn) and Mr. Eko (Adewale Akinnouye-Agbaje) in the hatch blast? LAS VEGAS (Oct. 20, 9/8c on NBC) The flashy, sexy series pumped up the action in the finale, and pumped poor Ed (James Caan) full of lead. He’s in an ambulance but we doubt they’ll kill off the boss. Meanwhile, there are more ‘‘Crossing Jordan’’ crossovers and the first couple episodes of this season include Mike (James Lesure) and Sam (Vanessa Marcil) in Hawaii. What happens on the islands... THE O.C. (Nov. 2, 9/8c on Fox) When the only thing you can remember from last season is the death of a main character -- Marissa (Mischa Barton) -- you know a series is in trouble. With kids headed off to college, the younger generation gets more attention. Look for intrigue from Taylor (Autumn Reeser). And producers tell Entertainment Weekly that the Cohens are ‘‘engaged in a battle for Ryan’s (Benjamin McKenzie) soul.’’ Whatever that means.