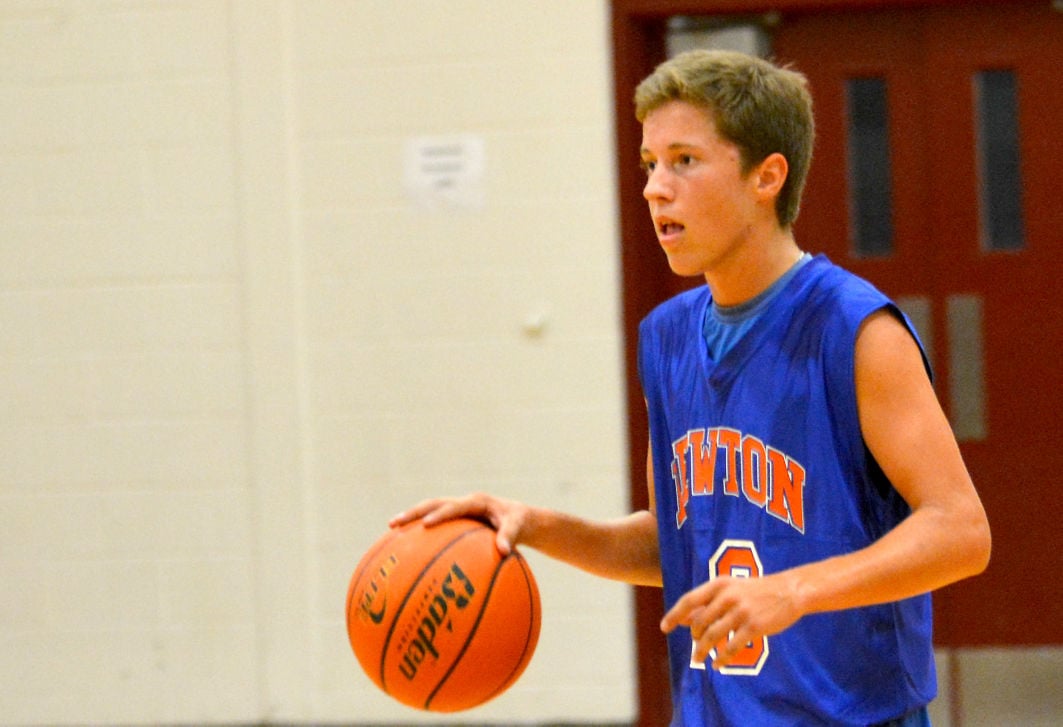 Newton guard Brock Mammoser dribbles up the floor and shouts out a play during a scrimmage on Friday in Dieterich. 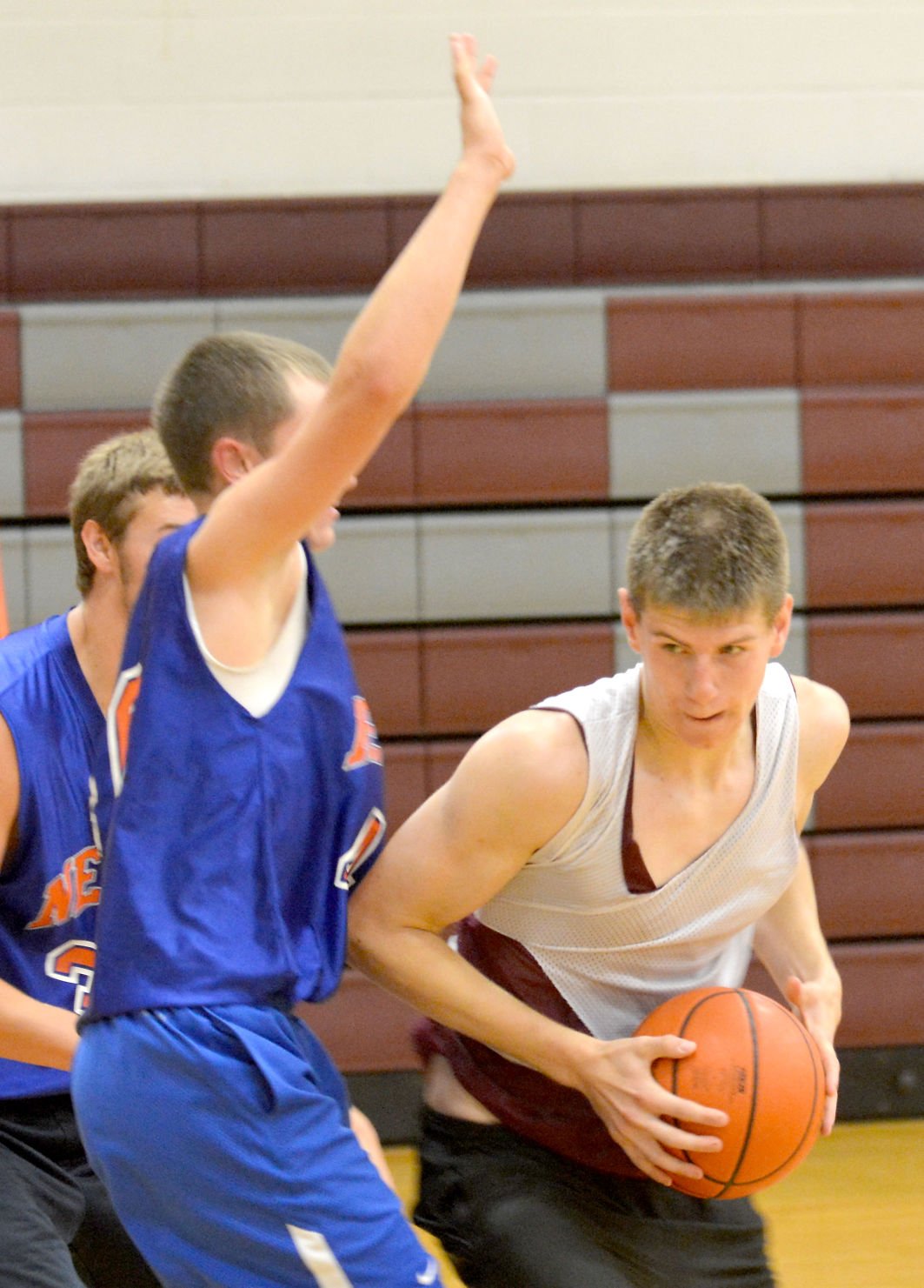 Dieterich forward Devin Aherin makes a post move in the paint against a Newton defender during a scrimmage on Friday in Dieterich.

Newton guard Brock Mammoser dribbles up the floor and shouts out a play during a scrimmage on Friday in Dieterich.

Dieterich forward Devin Aherin makes a post move in the paint against a Newton defender during a scrimmage on Friday in Dieterich.

He, like his siblings in the past, is feeling a bit like a full-time employee of Newton athletics nowadays and is looking for a week on the calendar to take some time off.

The sophomore turned junior is working overtime this summer preparing to take on the four-sport workload he had during this last school year.

He was the varsity football team's starting quarterback in the fall, then the youngest starter on a senior-laden varsity basketball squad. This spring, he balanced his time between the varsity baseball and track teams, competing as a pole vaulter in the state finals.

Mammoser plays for the Newton Post 20 legion baseball team and works out with the football team in the mornings. He sprinkled in a couple closed-door pick-up games in Dieterich on Friday morning.

“The last two days, I've had a total free time of 45 minutes between everything,” Mammoser said. “Sometimes I'd just like to have a week off to, like, have a summer.”

The light scrimmages between abbreviated versions of the Newton, Dieterich and Freeburg basketball teams on Tuesday weren't short on competitive edge.

The official referee paired light brown khaki shorts with the zebra stripes and Dieterich coaches Jeff Staser, Obie Farmer and recent graduate Tanner Traub each assisted him for one game apiece, but the players on the floor still dove after balls like it was a sectional championship.

Dieterich's Travis Niemerg even threw down a dunk.

“He was dunking last year, just never got one off in a game,” Traub said. “It seemed like he was a little too timid, but I think he's going to come back this year being even more aggressive.”

Movin' Maroons head coach Jeff Staser said Niemerg is normally reserved in his character and the way he goes about his business, but he thinks his junior forward is ready to come out of his shell.

Niemerg and senior forward Devin Aherin return as Dieterich's twin towers in the post and even though Staser wants to protect his assets, make-shift referee and assistant coach Obie Famer wasn't giving his big men any breaks on the floor against Newton.

The Maroons graduated two seniors from last seasons sectional championship team, including Traub, who sat on the bench next to his head coach during their first scrimmage. He helped referee the third game, which involved his former teammates against Freeburg.

He took a few joking hints before the game about making “the right call,” complementing the overall relaxed nature of the scrimmages.

The games involved two 20-minute halves on a running clock and relatively free-flowing substitution rules. In the second half of the first game, Staser wanted to stop to make a substitution.

The official said, “Just do it now,” and a couple Maroons exchanged spots in the middle of traffic — swift like a hockey line change.

It was hard for Staser to grasp that he couldn't put Traub, the team's veteran leader last season, in the game when he wanted to. Senior guard Alex Bohnhoff played a lot of minutes as a result.

“He's sitting beside me and I'm saying, 'We need to run this play. Get in there,' but we can't do that,” Staser said, adding a joke. “We're going to petition to see if we can get one more year of eligibility for him.”

The core of last season's team was on the court for the Maroons, but not so much for Newton, which graduated seven seniors. Mammoser is the only returning starter.

“It's all new,” Newton head coach Doug Mammoser said. “We have one guy (Mammoser) that really got experience. It's a matter of working around him.”

Brock Mammoser will no longer be a complementary player, spotting up beyond the 3-point line waiting for someone to pass him the ball. Instead, he'll look to be a creator this season.

It's a big job promotion.

Then again, he's been doing this a while.