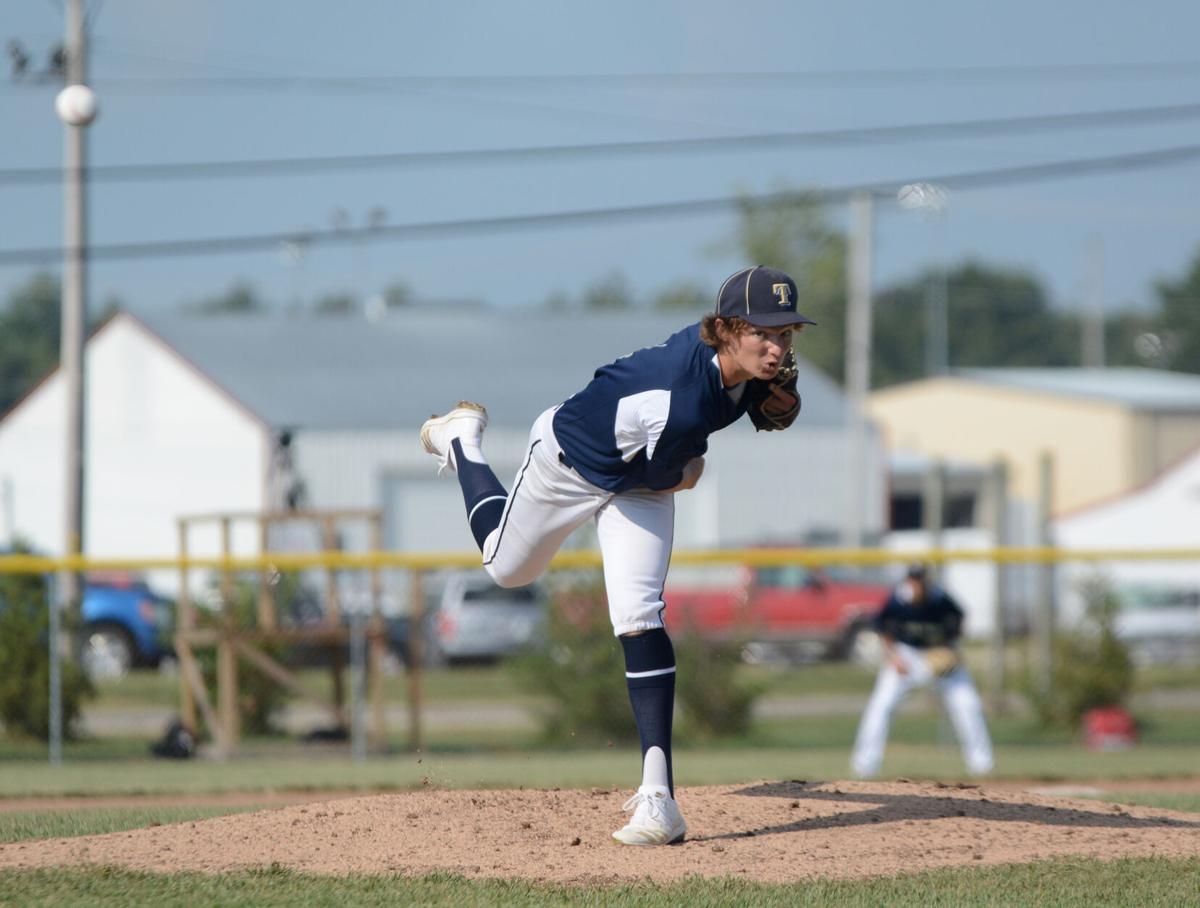 Teutopolis’ Kayden Althoff delivers the pitch in the team’s 10-2 win over Windsor/Stewardson-Strasburg Monday. 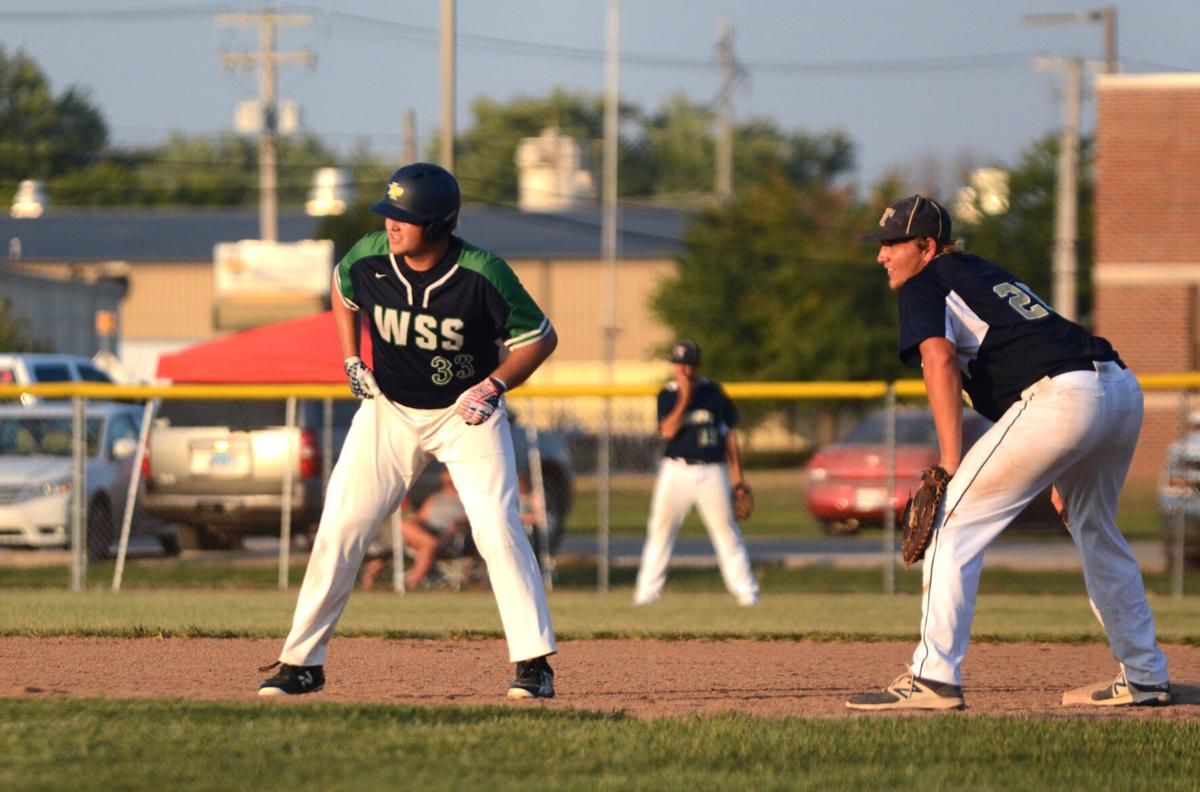 Windsor/Stewardson-Strasburg’s Gavan Wernsing (33) leads off of first and is held on by Teutopolis’ Matt Deters (20) in the Hatchets’ 10-2 loss.

Teutopolis’ Kayden Althoff delivers the pitch in the team’s 10-2 win over Windsor/Stewardson-Strasburg Monday.

Windsor/Stewardson-Strasburg’s Gavan Wernsing (33) leads off of first and is held on by Teutopolis’ Matt Deters (20) in the Hatchets’ 10-2 loss.

The Teutopolis Wooden Shoes earned a 10-2 victory of the Hatchets of Windsor/Stewardson-Strasburg Monday afternoon in the team’s season opener.

It was the first game for the Wooden Shoes in 332 days, their last game coming on Sept. 27, 2019 before not being able to play in the spring as a result of COVID-19.

“It was nice to be back on the baseball diamond. Hopefully normalcy is starting to return to us, but we’re back out here playing baseball,” Teutopolis head coach Justin Fleener said. “We’re staying apart and wearing our masks like I am now. We’re trying to do what we can to follow the rules and guidelines to make sure that this slows down.”

The Hatchets started the game of with consecutive base hits from Austin Wittenberg and Carter Chaney before a walk to Gavan Wernsing loaded the bases with nobody out.

But Teutopolis pitcher Kayden Althoff displayed real poise, striking out the next three batters to get out of the jam.

It was a similar situation in the bottom of the inning, as the Wooden Shoes loaded the bases with one out on two walks and a hit by pitch, but Wernsing struck out the next two batters to avert the danger.

The Hatchets loaded the bases again in the top of second, this time with two outs on three consecutive walks. But again, Kayden Althoff was able to avert the danger, as Wernsing lined out to first.

“I thought pitching wise, we threw a lot of pitches out there, but I still saw some good things out there from guys,” Fleener said. “They were getting outs and out of tough situations.”

Kayden Althoff led off the bottom of the inning with a single and came in to score on a double to center from Mitch Althoff to go up 1-0.

Mitch Althoff was able to move up to third on a ground ball before Evan Addis drew a two-out walk.

Mitch Althoff came in to score when Addis stole second base and drew a throw down to second, but the throw was offline, allowing Althoff to score and take a 2-0 lead after two.

The Hatchets were able to get something going in the top of the fourth after leading off the inning with a pair of walks. After a fielder’s choice, Austin Wittenberg singled to load the bases.

With two outs and the bases still loaded, Wernsing got his team on the board with a double the other way to left field to score Brody Beals and Rhett Rincker to cut the deficit in half.

Justin Hardiek was hit by a pitch to lead off the bottom half of the inning and Sam Bushur got aboard by way of a one-out walk.

The Wooden Shoes took advantage of an error by the Hatchets in the bottom of the fifth, scoring a pair of runs on a ground ball through the legs of the Hatchets infielder to make it 9-2.

After Derek Deters struck out the side in the top of the sixth, the Wooden Shoes added another run of insurance to their lead when Dylan Pruemer came up with a two-out double to score Lane Koester.

“Both teams have a young group,” Fleener said. “We’ve got one game under our belt and hopefully many more to come.”

Caleb Siemer closed the game out for the Wooden Shoes to move to 1-0 on the year. The Wooden Shoes will take on St. Anthony Wednesday night under the lights at Paul Smith Field at 7 p.m.