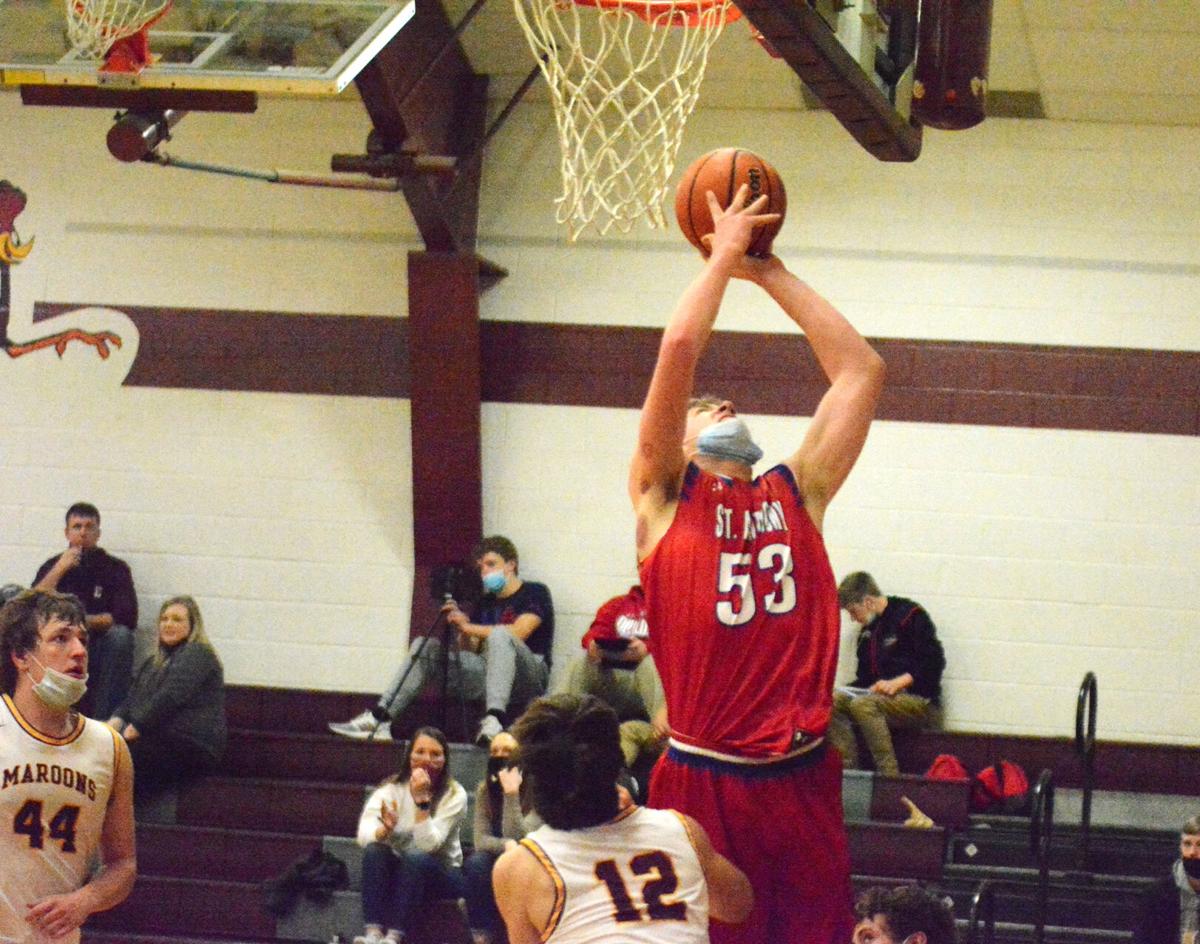 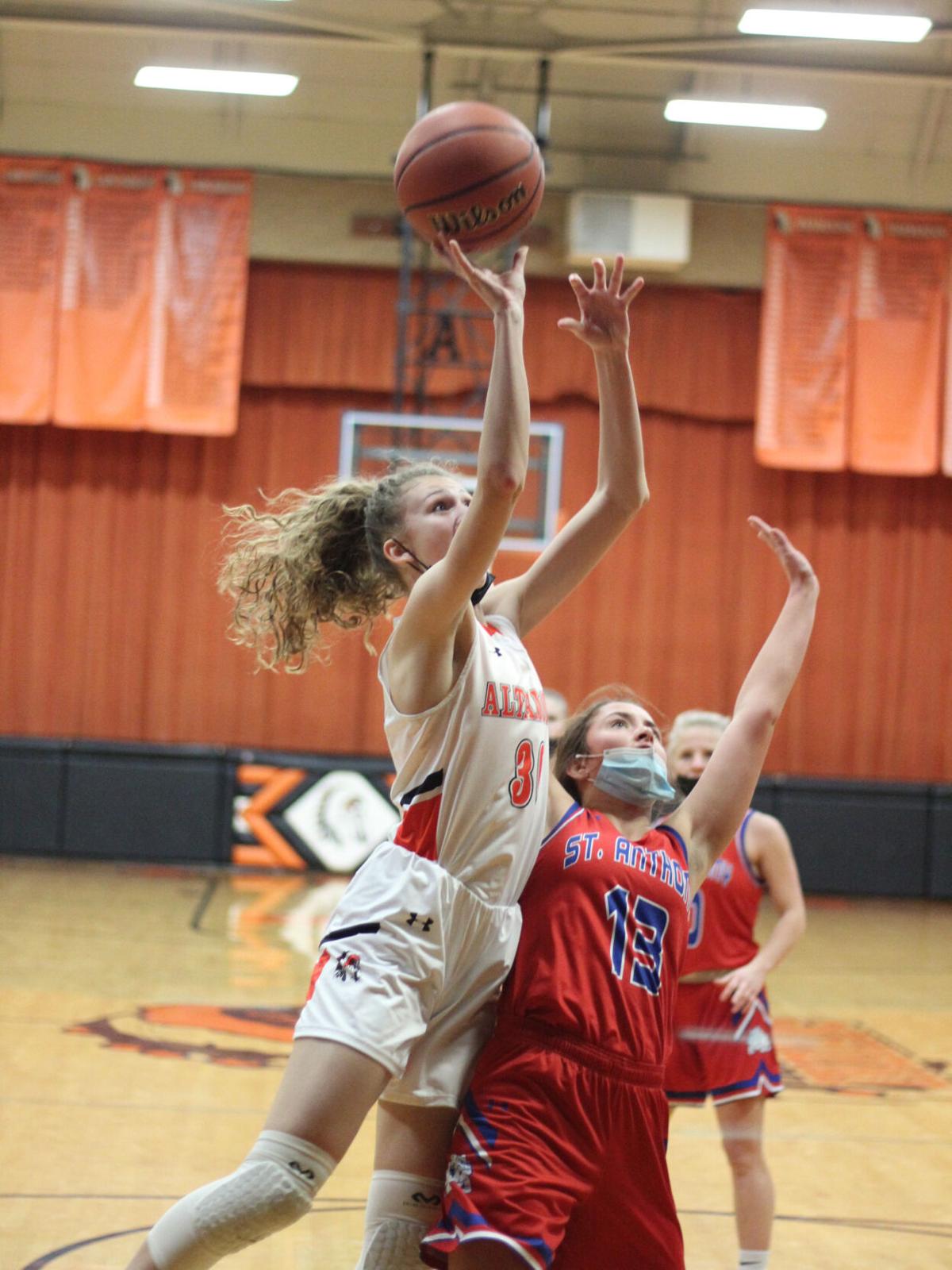 Altamont’s Brooke Runge (30) goes up for a layup with St. Anthony’s Reese Jones (13) defending on the play Thursday night at Altamont High School.

Altamont’s Brooke Runge (30) goes up for a layup with St. Anthony’s Reese Jones (13) defending on the play Thursday night at Altamont High School.

The height and athleticism of the St. Anthony defense made Dieterich work for every shot, only surrendering two open jump shots in the first half.

“We had our 1-2-2 trap to start and found something here with a combination defense that’s working for us,” said St. Anthony head coach Cody Rincker. “Hopefully we can continue to build on it.

“I think that our combination of length, height and speed all together was able to cause some problems tonight, allowed us to get into passing lanes and forced them to run their offense out along the perimeter, which is tough to get anything consistent. It worked well for us tonight.”

“That was the story of the game, the fact we weren’t able to get in a situation where we could attack the rim or get any second chance points,” said Dieterich head coach Josh Krumwiede. “They did a nice job with their length really bothering us out front. We have to be more prepared for what they’re going to throw at us. Tonight just wasn’t our night. We’re not going to beat anybody scoring 30 points.

Craig Croy led all scorers with 17 points, 12 of which came in the third quarter. Kennan Walsh was able to get his shots and scored 16.

Logan Antrim suffered an injury to his left foot in the third quarter and did not return. His stats is day-to-day.

The win puts the Bulldogs tied with the Altamont Indians at 4-0 for first place in the conference. The two teams played earlier in the season, with Altamont narrowly edging the Bulldogs, but was not counted as a conference game.

The loss was Dieterich’s first NTC loss of the season, dropping them to 6-2 overall and 4-1 in conference play.

it was a well-balanced scoring attack from the Lady Hearts, with three players finishing in double figures.

The win improves the Hatcets to 6-4.