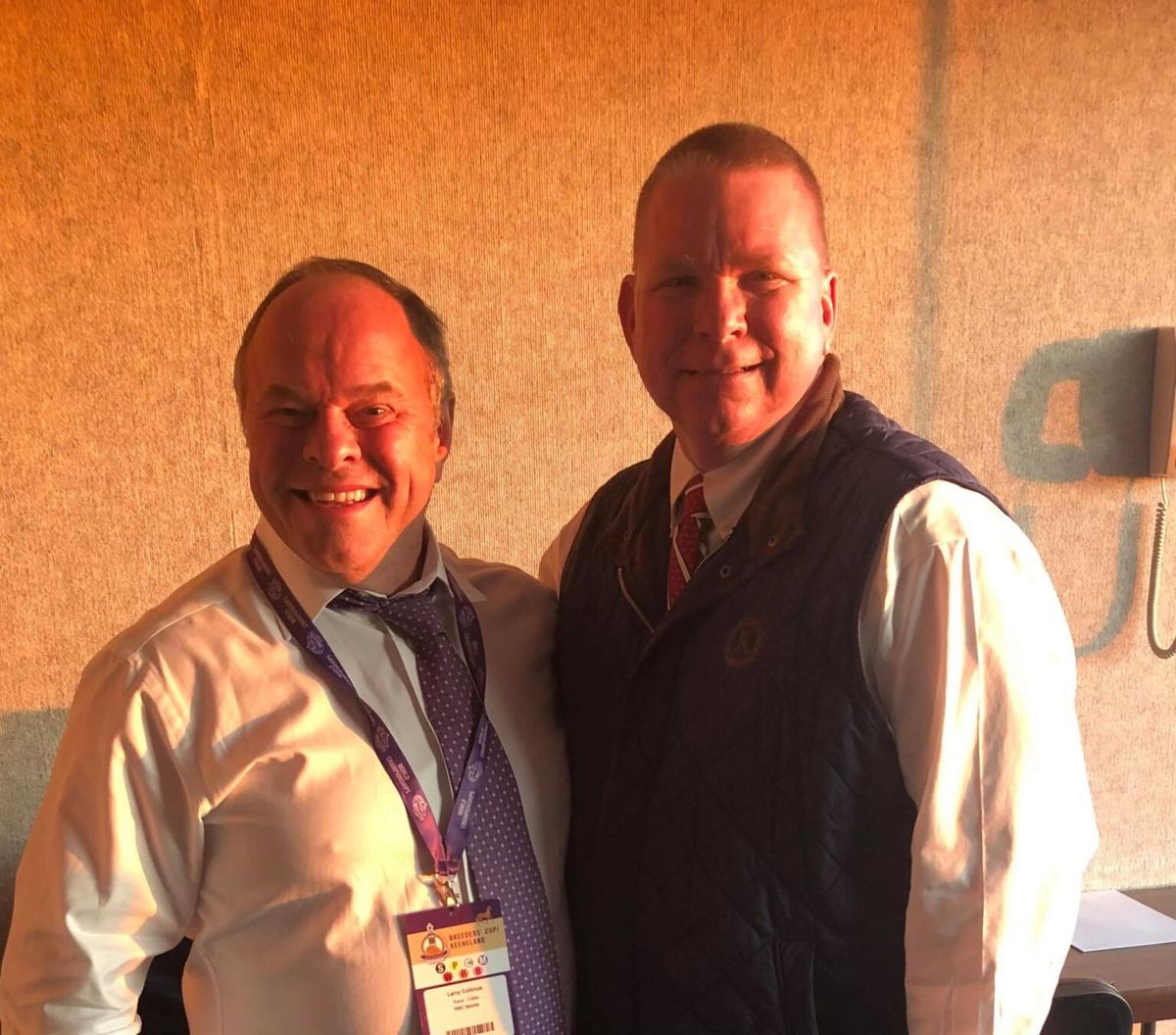 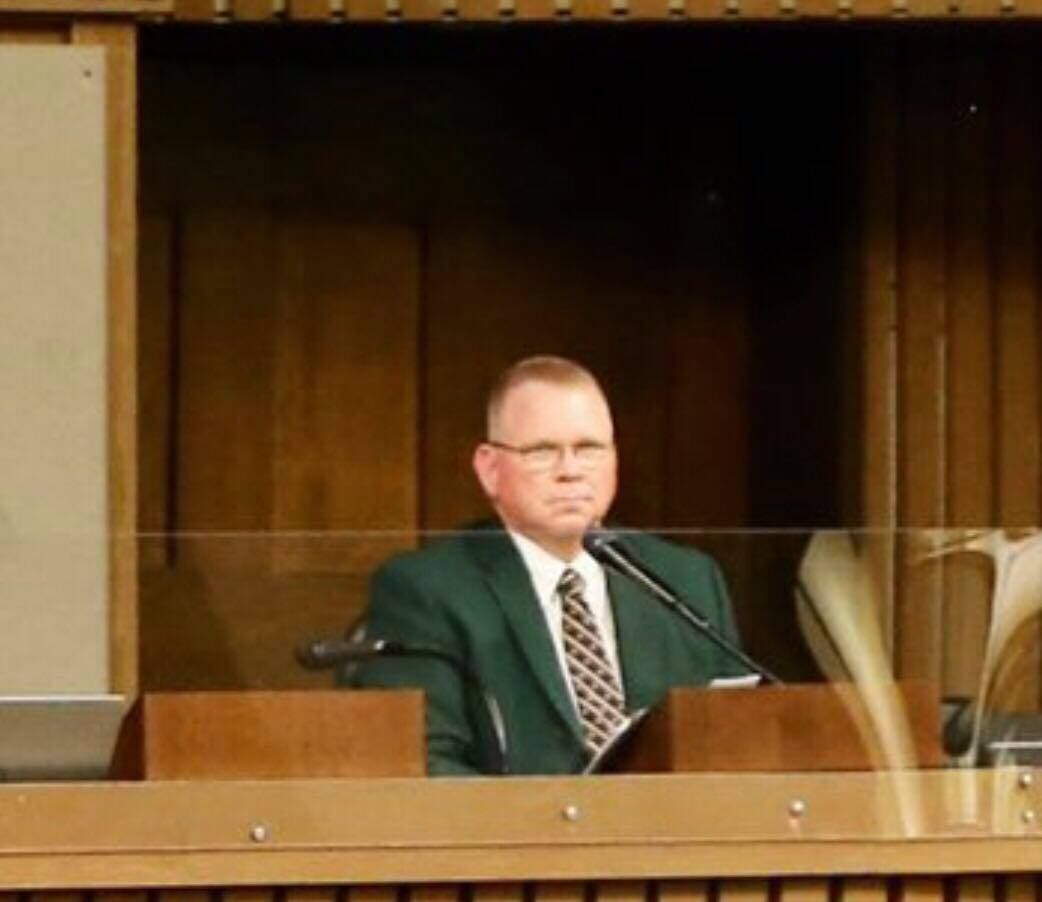 A shot of Becker from the Keeneland November Breeding Stock Sale with the addition of the Plexiglas barrier on the leading edge of the rostrum, to help protect sales personnel in the auction ring from salivary discharge from auctioneers and announcers.

A shot of Becker from the Keeneland November Breeding Stock Sale with the addition of the Plexiglas barrier on the leading edge of the rostrum, to help protect sales personnel in the auction ring from salivary discharge from auctioneers and announcers.

2020 has been a trying time for everyone. People have lost their jobs as well as any sense of normalcy. But what happens when you’re an independent contractor and the events you were booked for get postponed?

That’s exactly what Altamont’s Kurt Becker had to go through, as he reflects on what 2020 was like from the sportscasting industry, as well as his own personal bout with COVID-19.

“I had COVID in mid-October,” Becker said. “In my particular case, the symptoms were severe, not to the point of hospitalization. But I had no appetite, had shortness of breath, a persistent cough and fever.

“It made a believer out of me. I admittedly was skeptical early in the year. I was one of the people who said it was probably nothing more than a strain of the flu. It took me every bit of 14 days to recover from it. I never had a flu bug that had me confined for 14 days. It’s definitely something one has to take seriously.”

Becker started the year with a thoroughbred auction at Keeneland in January instead of his typical role at the Barrett-Jackson auction. It wasn’t until calling a NASCAR race in Phoenix in early March.

“i remember seeing people in the airports at Lambert Field in St. Louis as I was flying to Phoenix that were wearing facial coverings,” Becker said. “I will admit; I thought to myself ‘this is silly, this is an overreaction and nothing will come from this COVID stuff.’ Well, by the time I got back from Phoenix, that Governor Pritzker announced the first of the mitigation rules.

“I was surprised at how quickly the circumstance changed. There was a NASCAR event at Texas that I was scheduled to work, but that event got postponed until July. In April, I was scheduled to work as the track announcer for Keeneland’s annual spring race meeting. That’s usually the part of the year one starts seeing the horses come through Lexington that are headed onto Churchill for the Kentucky Derby. It’s an exciting time of year.”

However, that race, as well as the Kentucky Derby were postponed, leaving much uncertainty in the air.

“It’s something I never would’ve imagined,” Becker said. “It soon became apparent that this was a pandemic of larger proportions that a lot of us realized. That’s how it effected my work schedule. I think that everyone involved wanted to err on the side of caution, which is commendable. When you’re used to your work routine and come to depend on certain events happening at certain times of the year to get your bills paid and keeping the cash flow consistent, it’s a setback when all of a sudden events are being canceled or postponed.

“What was concerning to me was that nobody seemed to have a plan. It seemed to be that everyone was content with saying that everyone had to stay home for awhile. That’s an awesome plan if you can work from home or have a guaranteed paycheck.

“But I think everybody needed that time to gather data, learn the nature of this virus, and how we can best open the economy while also keeping everyone as safe as possible.”

During the hiatus from live, in-person sportscasting, Becker called a fantasy running of the Kentucky Derby.

“It aired on Siruis XM Radio in the time slot the Kentucky Derby would’ve aired,” Becker said. “I had a chance to serve as an analyst for that all from my dining room table in my home.

“If you had told me I would ever get the chance to offer commentary on a virtual Kentucky Derby featuring a virtual Secretariat, I would’ve never believed it. It was fun and enjoyable.”

Becker expressed his gratitude to the founders of the Horse Racing Radio Network, Mike and Michelle Penna, for finding a way to get their announcers work.

“Because of the fact that their dollars are invested in that network, and because they have poured everything they’ve got into it, they weren’t willing to just sit back on the sideline,” Becker said. “Instead, they came up with this idea to pitch this fantasy derby to Sirus XM.

“The idea we could all just sit at home for an indefinite period of time wasn’t going to work. Some of us have got to have a way to generate income. Because of their own background and what they had at risk, they said ‘you know what, we’re going to figure out something to have that first weekend in May and put our staff to work.”

When Becker was able to get back in action, it was announcing the Belmont Stakes. However, he would do it from the HRRN studio rather than on site.

“We had television monitors in the studio, one had the NBC television feed, the other had the house closed-circuit feed from Belmont Park,” Becker said. “That allowed us to put an eye on what was happening. They could have gone with a reduced crew and not used all of us who usually work with them. But they made an extraordinary effort to bring the entire crew to Lexington, with the exception of the one gentleman in New York.

“it was something that was really important to me. When you’re told your job is not essential and the rest of the world is going on around you; it is a difficult thing to accept and it does have an effect on one’s own morale and the way you look at oneself. I’ll always be grateful of the HRRN. When you’re working for a mom and pop organization, they’re not going to get paid either unless they get something on the air.”

While it was after the Belmont Stakes, Keeneland was able put together races in July, but closed to the public.

“They found a way to salvage a third of the race days for April,” Becker said. “They did create work for independent contractors like myself for a week in July. They got some purse money distributed to the horseman. That was a great example of the industry working together.

“As an independent contractor, I tend to get impatient. I was at home pounding my first on the tabletop saying I want to go back to work, make something happen. But it takes time. HRRN found a way to put people back to work pretty quickly, because their circumstance allowed that.

While Becker was able to broadcast, he admits the toughest part was not being on site.

“It was the biggest challenge for me as a broadcaster, whether it was horse racing or NASCAR,” Becker said. “I realized I’m not going to be allowed in the garage area, to speak to crew chiefs or drivers to get their input prior to the broadcast.Or with the Triple Crown series, all of which we did remotely. I realized I’m not going to be on the backstretch, I’m not going to be able to put my eye on those horses as they gallop in the morning and make my own judgement call on whether they have the look or the build. I won’t be able to talk to the owner or the trainer. You can get a certain level of insight based on your conversations with participants throughout the course of the week, but that got taken away.

“It was fun to be covering events again, but was a challenge because we had to get creative with how we conveyed the atmosphere of what was happening to the listener.”

When things do eventually get back to normal, Becker believes the media outlets have learned how to do a broadcast more economically friendly to the company.

“But I think TV and radio executives understand that being on site is really the whole part of what they do and having some level of access the general public doesn’t have in order to bring the most information they can to the public. But I do think that an organization at one time used eight sportscasters to cover an event, going forward they might use five. If they use three broadcast engineers, they may use two or one.

“Those of us who work in the industry need to be realistic going forward and understand we may not get the phone call to work every single weekend like in the past. It has potential to restructure how networks approach covering sports in terms of the sheer number of personnel they have on site.”

There was also some changes to the protocols one had to follow when on site at an event.

“As a member of the MRN crew, we would receive a questionnaire by text about two days before our scheduled arrival. It was a standard set of health screening questions,” Becker said. “On race day, the medical staff would be positioned at the gate. One would stop his vehicle, there would be a no-touch temperature check. They would review the questionnaire and ask if there had been any change since submitting. As long as you had no symptoms, they would allow you on the property.

“We continued to wear facial coverings and socially distance. We would stay in our own individual vehicles until airtime. Production meetings were held outdoors. we just tried to do as much as we could to let everyone know in the NASCAR community, that we were doing our part because we were just glad to be back to work. We wanted to make sure we sent the right message.”

With horse racing and NASCAR over until beyond the new year, Becker says this is the best time of year to be home.

“The way my schedule falls each year, I’m gone on a pretty regular basis from April until Thanksgiving. I’m usually home for tha tlast six weeks of the year. I’ve always said it’s a great time of year to be home,” Becker said. “There’s a lot of sentimental and nostalgic truth to the statement about being home for the holidays.”