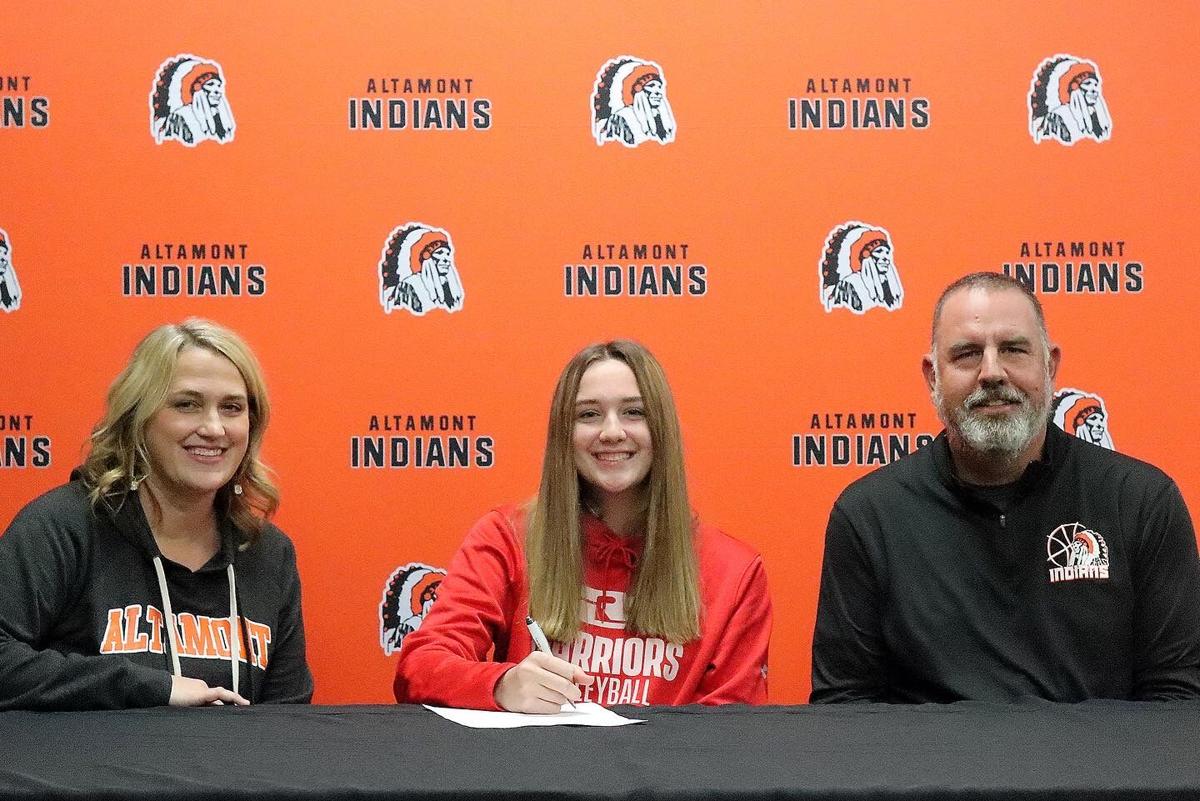 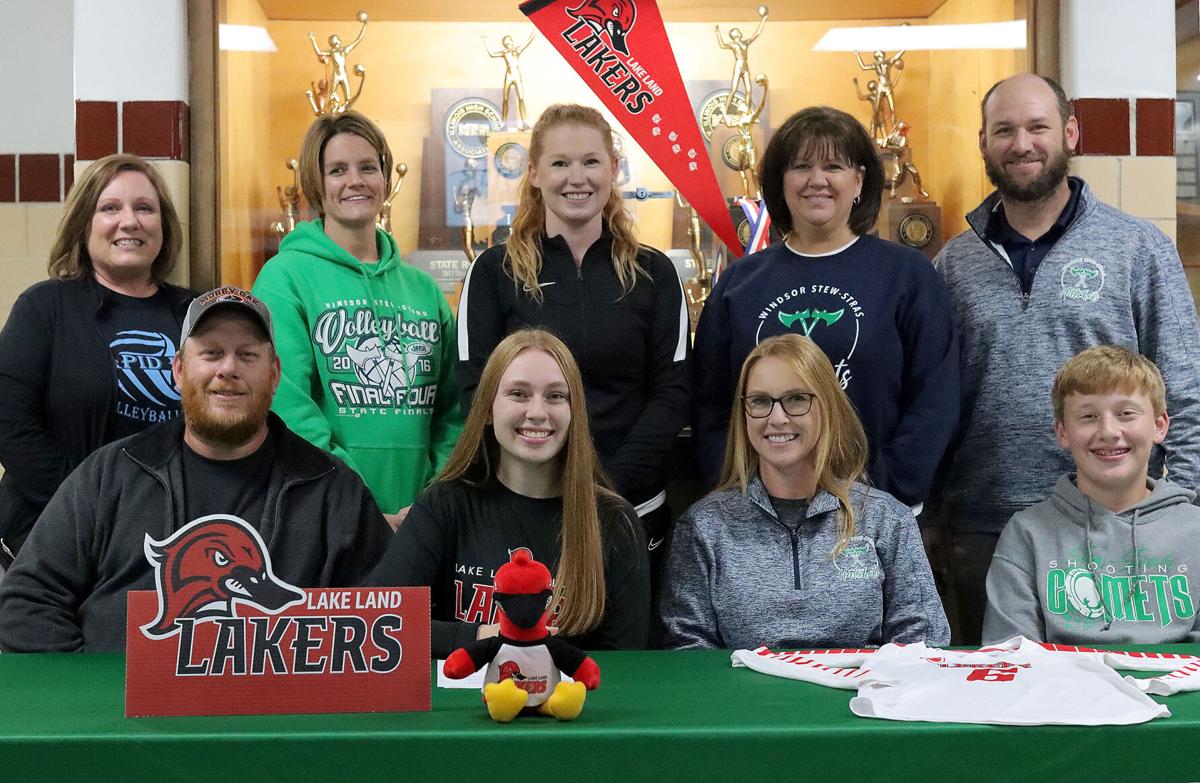 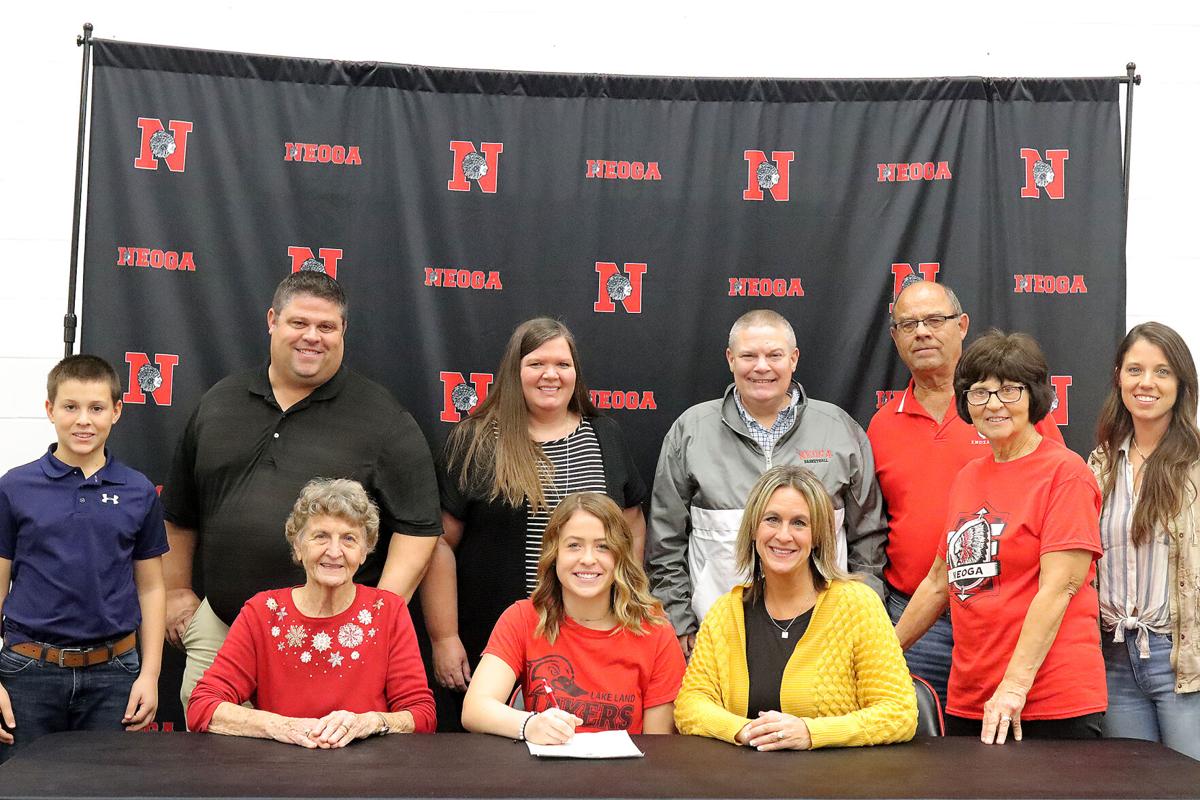 Several area athletes put pen-to-paper over the last week, signing their National Letters of Intent to continue their athletic careers at the next level.

I chose Rend Lake because I liked the campus. The size of the campus is small and Altamont is a small town and it won’t be much of a change,” Ruffner said. “I liked the program and Reggie [Bateman] is going to be a good coach.

I think that I’m a good team player and that I can bring a positive attitude to the court. I will be an outside hitter.”

Ruffner finished her senior season with the Lady Indians with 251 kills, 351 digs, 29 blocks, and 35 assists. She was a National Trail Conference First Team selection, as well.

Overall, Bateman said that there were multiple reasons why he liked Ruffner’s game.

The way that she’s loose, relaxed and you can put her anywhere,” Bateman said. “She can hit and she’s just one of those girls that I feel will bring a lot to the team.”

Bateman ended his fourth season with the Warriors this past year, with his team finishing at 19-12.

The Warriors will graduate five sophomores in the spring and should return two outside hitters, Ruffner’s primary position.

The Lady Lakers finished this past season 14-23 under seventh-year head coach Ashli Wicker, who Hewing speaks highly of when it comes to her passion.

She seems very driven and ready to win and compete,” Hewing said. “I love that, but also, I feel like she’ll take care of me and she cares about everybody.”

Wicker loses 12 sophomores off her roster next year, including former Hatchet Mackinzee Reynolds, but said she would love replacing her with another WSS player.

Rhonda has done a great job with this program here and it shows with just how many kids come out of a small school and go and play college volleyball,” Wicker said. “There is a big difference between high school — especially little 1A and 2A schools — and moving onto college, whatever level you’re at, so it does say something about Rhonda and how she runs her program. Mackinzee did a good job for us, so I’m happy to replace her with a new Stew-Stras (Windsor) girl.”

Hewing finished her senior season with 155 kills, 16 aces, 47 blocks, and 41 digs. She was a National Trail Conference First Team selection, as well.

She started out bashful,” said Schlechte of Hewing. “She has put so much time in and hard work and she came through and started improving. She started as a sophomore, dressed as a freshman, and has been a big part of our team, especially this year. You can’t ask for a better player to take over that spot, especially during the summer when we would have one coach here and would run drills and stuff.”

A pass-first player, Fearday said that she believes she will bring a different element to the team and is excited about the opportunity.

Indians head coach Kim Romack also mentioned the joy Fearday is to coach and how she’s grown as a player through the years.

Avery’s been with us for four years. She came to us from Sigel and her leadership has shown through since she was just a freshman,” Romack said. “She’s always been a great kid and such a hard player. You take away the sports aspect and the points and the this and that, and it comes down to, she’s a real good kid. This year and last year, she’s shown tons of leadership. She’s part of the glue that keeps this team together.

The younger kids look up to her and from a game standpoint, she’s just a tough, hard-nosed kid. She’s played through a ton of adversity, in life in general, and she shows up on that floor every night and gives 100 percent.”