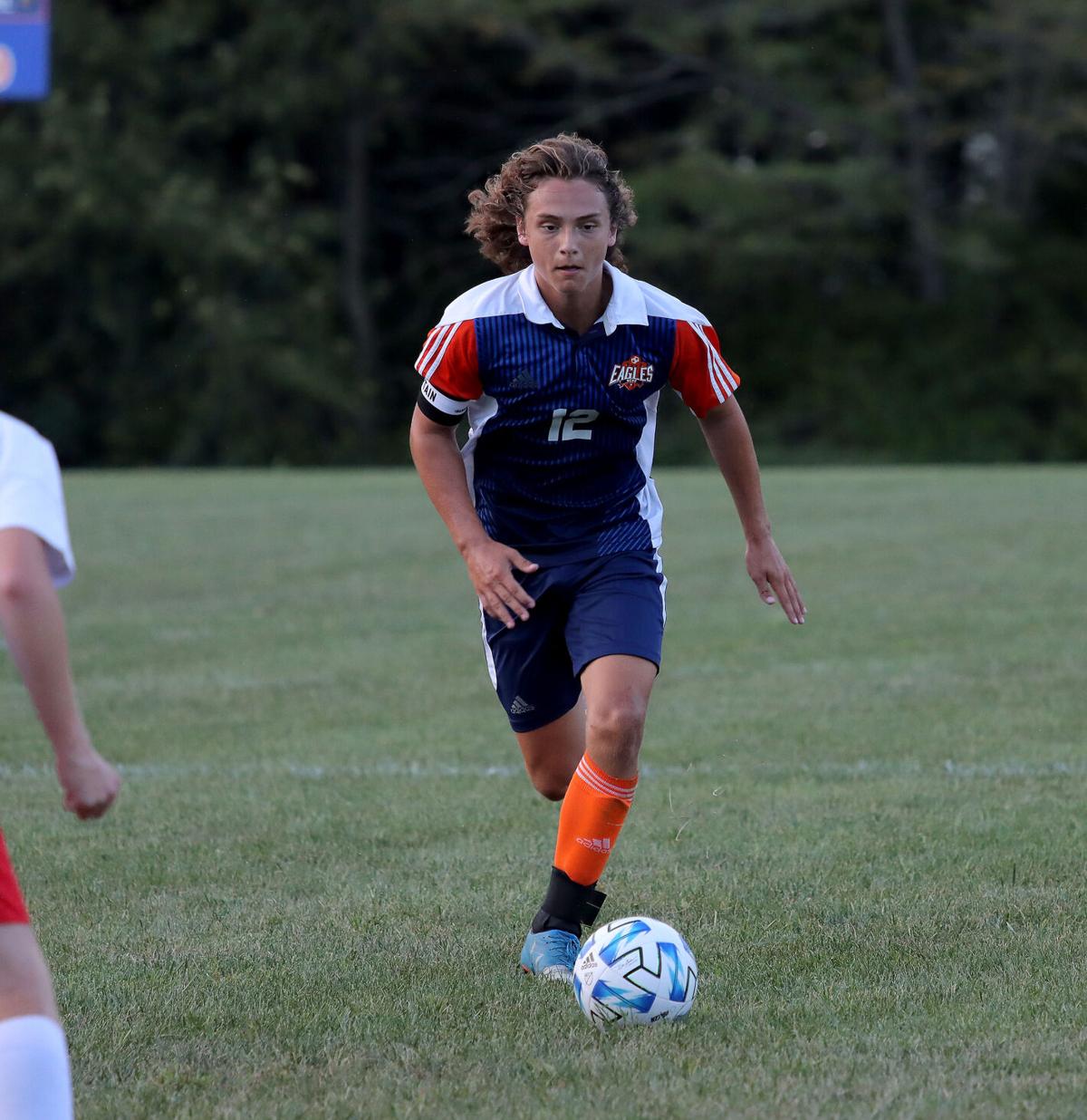 Newton’s Carder Reich chases down the ball during a soccer match against Effingham, Tuesday, at Farley Field, in Newton, Illinois. 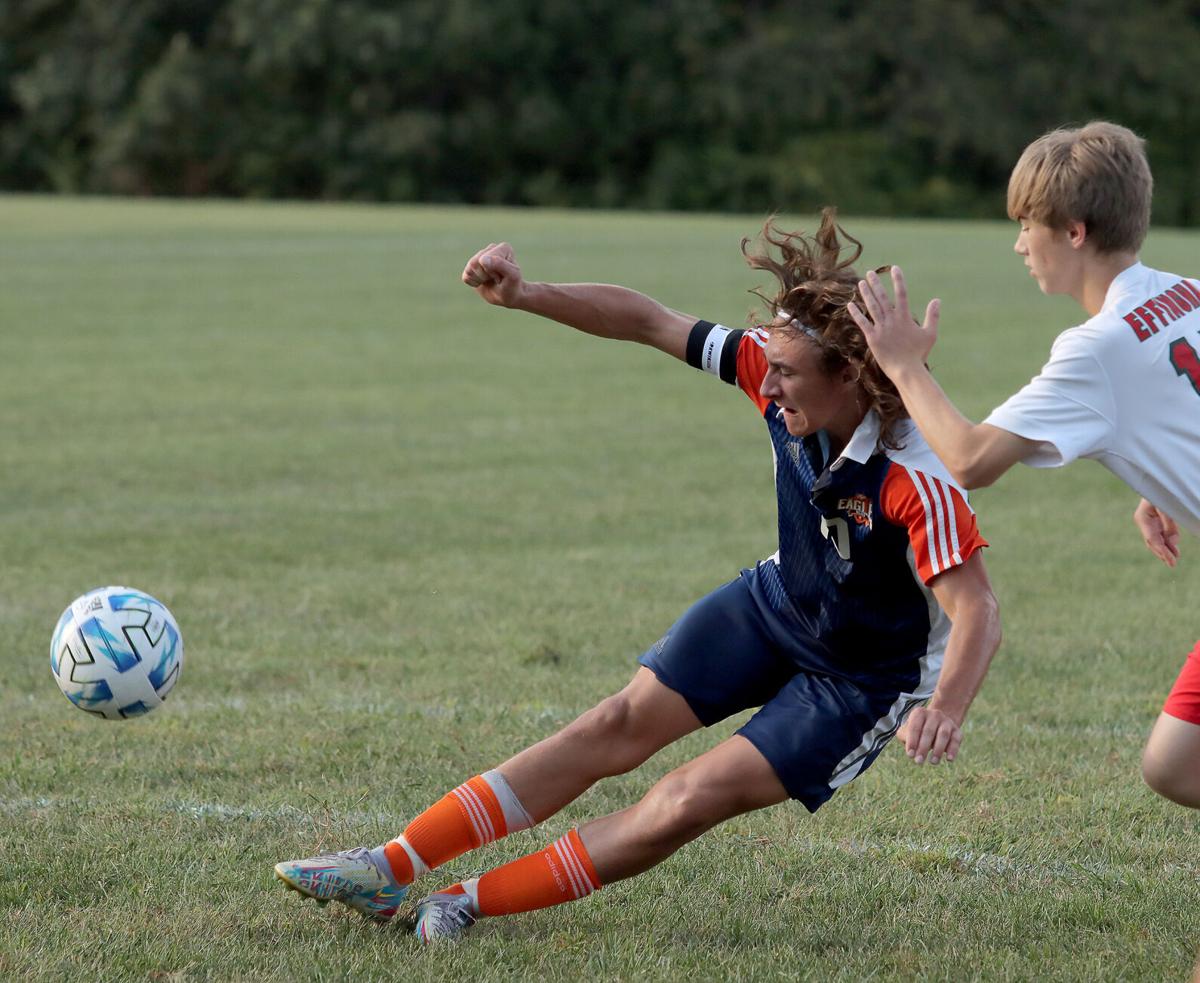 Newton’s Gage Reynolds kicks the ball during a soccer match against Effingham, Tuesday, at Farley Field, in Newton, Illinois.

Newton’s Carder Reich chases down the ball during a soccer match against Effingham, Tuesday, at Farley Field, in Newton, Illinois.

Newton’s Gage Reynolds kicks the ball during a soccer match against Effingham, Tuesday, at Farley Field, in Newton, Illinois.

Nine matches into the season, and Newton standout Carder Reich is nearing history.

According to head coach Matt Creadore, the leading goal scorer in the history of the Eagles’ soccer program was Cole Farley, who scored 38 goals in one season.

Tuesday against Effingham, Reich added five more goals to his season total of 33. However, Creadore made sure to give credit to another player who helps the junior get those chances.

“We’re impressed with him, but we couldn’t do it without Gage Reynolds behind him,” Creadore said. “His off-the-ball movement is what’s getting him there. He’s solid.”

Reynolds added a goal on Tuesday, while Danny Visoso and Nick Brody netted goals, too.

Yet, even though the scoreboard showed a dominant shutout, Creadore said his team didn’t start as well as he wanted.

“I do think we got off to a rough start. I think it was hot, honestly, and then when this [the shade] set in, we started doing a little better,” Creadore said.

“We worked our 1-2 stuff like we normally do, and then with the defense sitting back a little bit, we were having a hard time breaking through.”

The win improves Newton’s record to 8-1, ahead of Thursday’s matchup against Mt. Carmel, who gave the Eagles their only loss of the season in the St. Anthony/Teutopolis Invitational.

Meanwhile, for Effingham, head coach Weston Peno said that his team could have been better defensively, an area that he’s continually praised during lopsided contests this season.

“We chased the ball quite a bit today,” Peno said. “That praise, though it still holds, today was not one of those days. Honestly, that’s where we struggled. We’ve had more looks on the offensive side than we have in a long time, and part of that comes from moving the ball well, but we’ve shifted now. We got to make sure everything comes back all in one. I’m not showing any disdain for them; I don’t think we were at a level we should have been.”