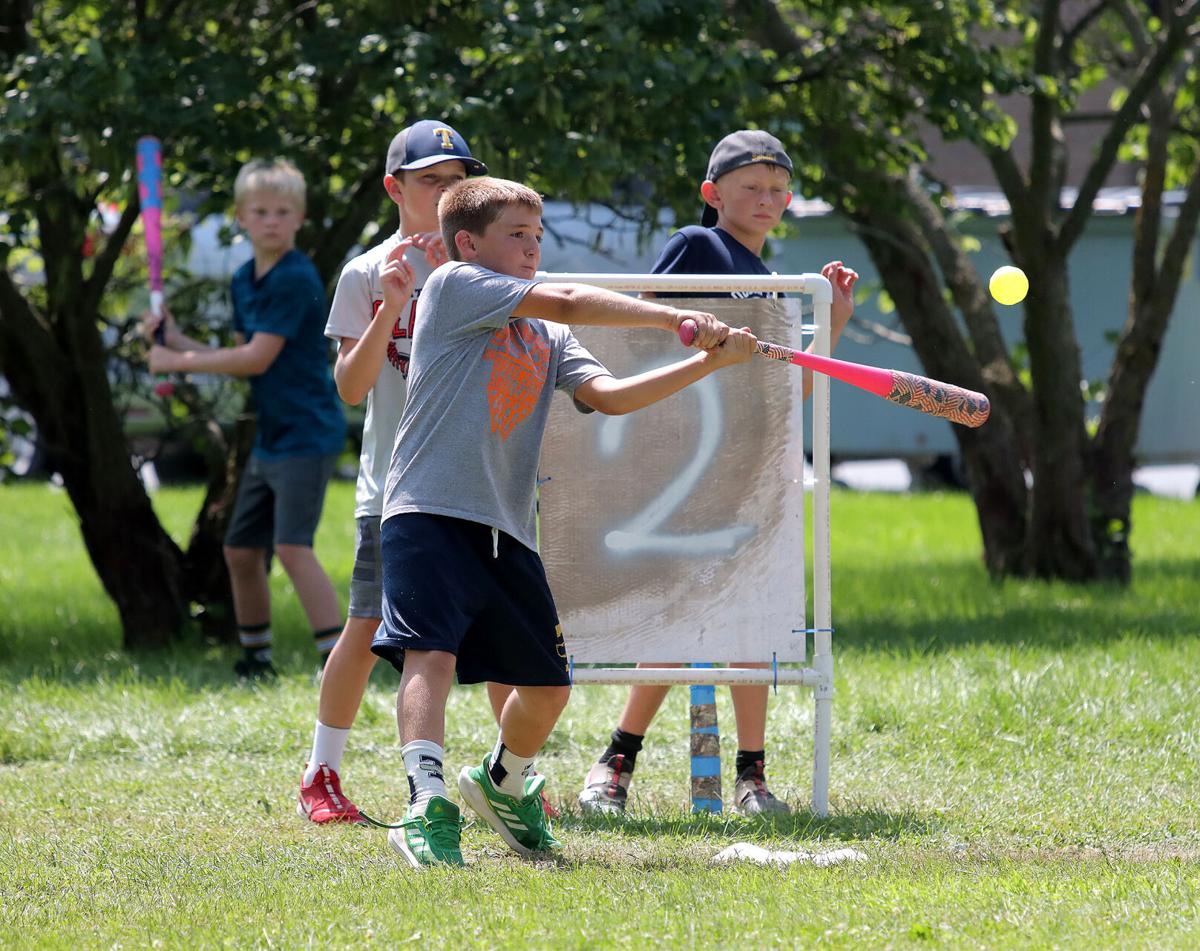 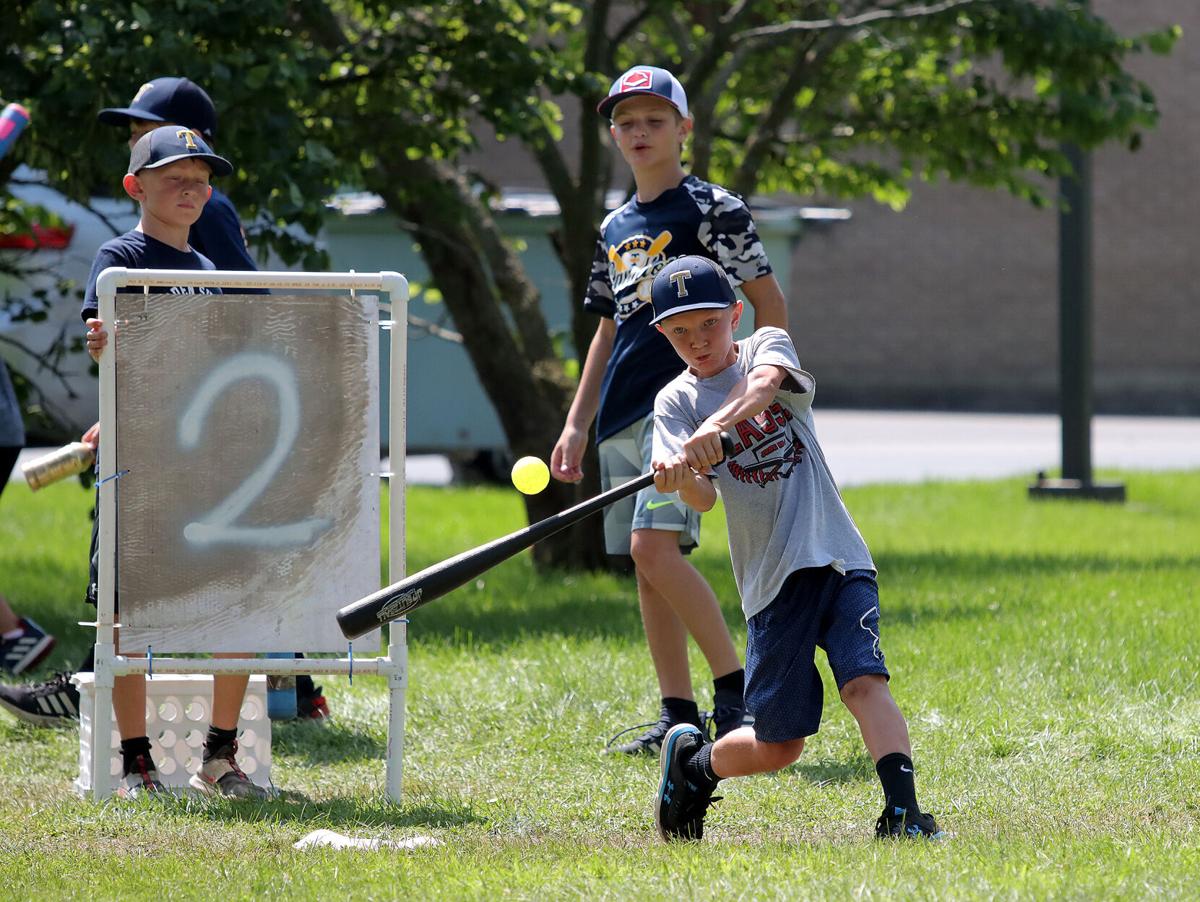 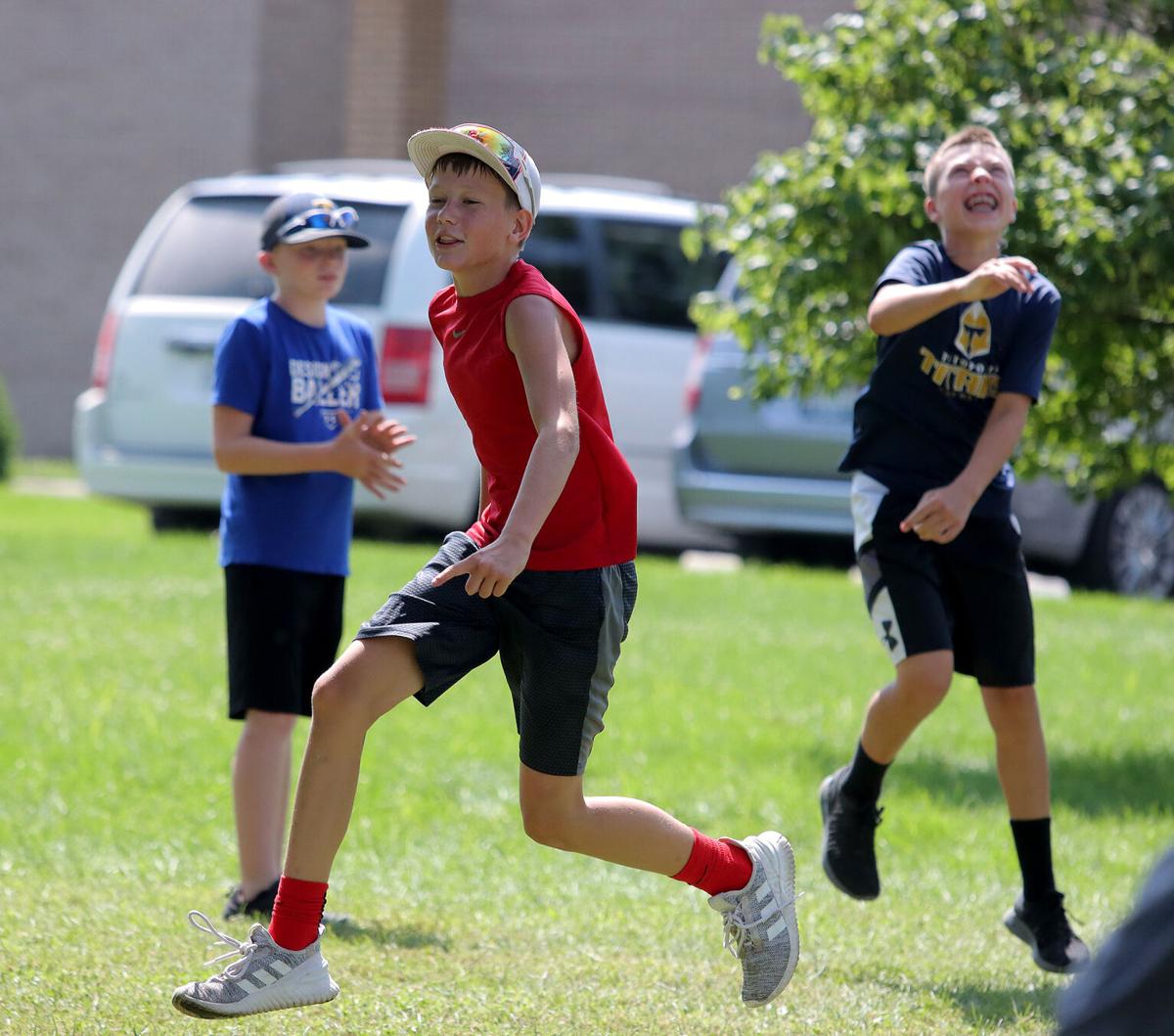 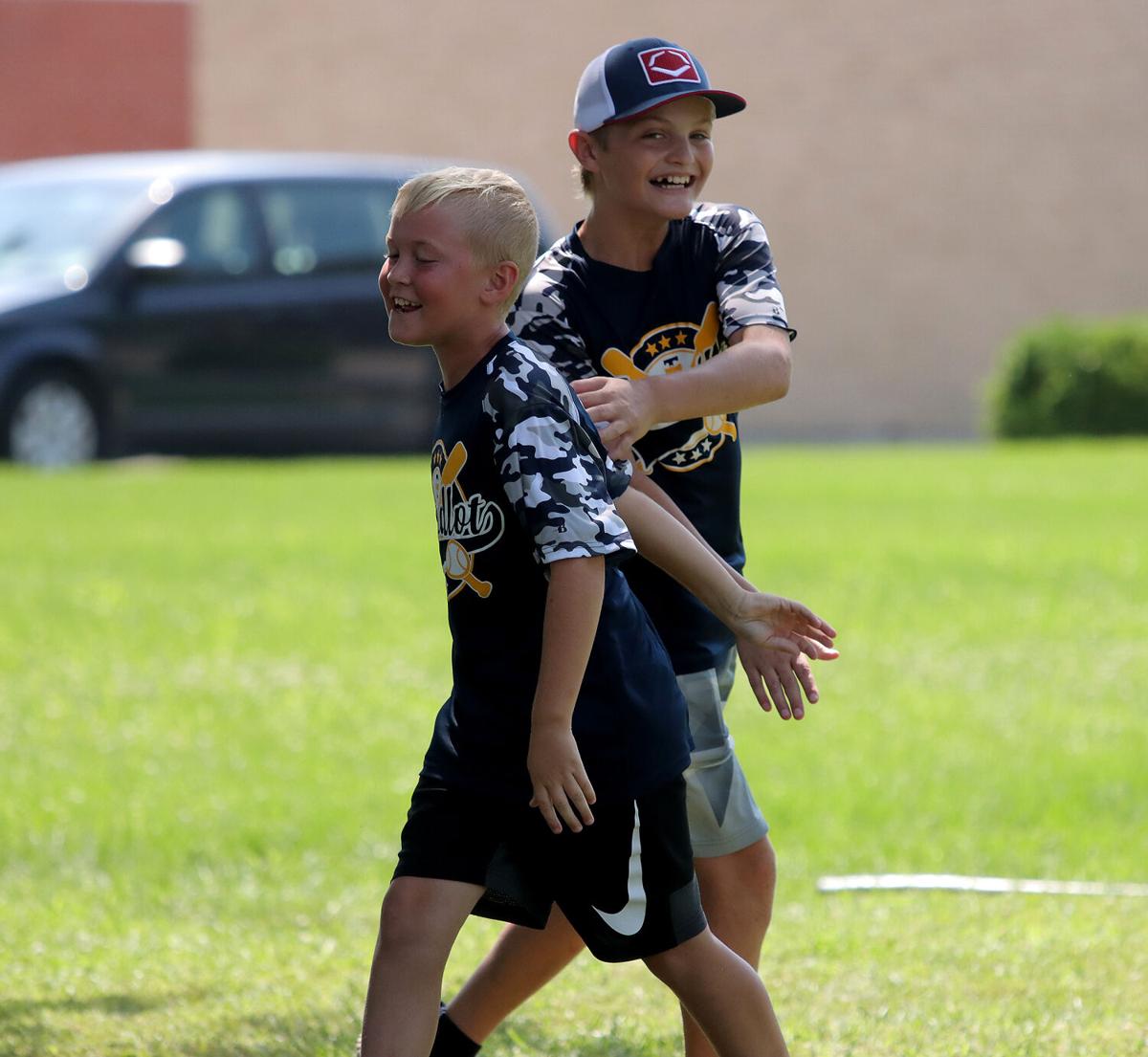 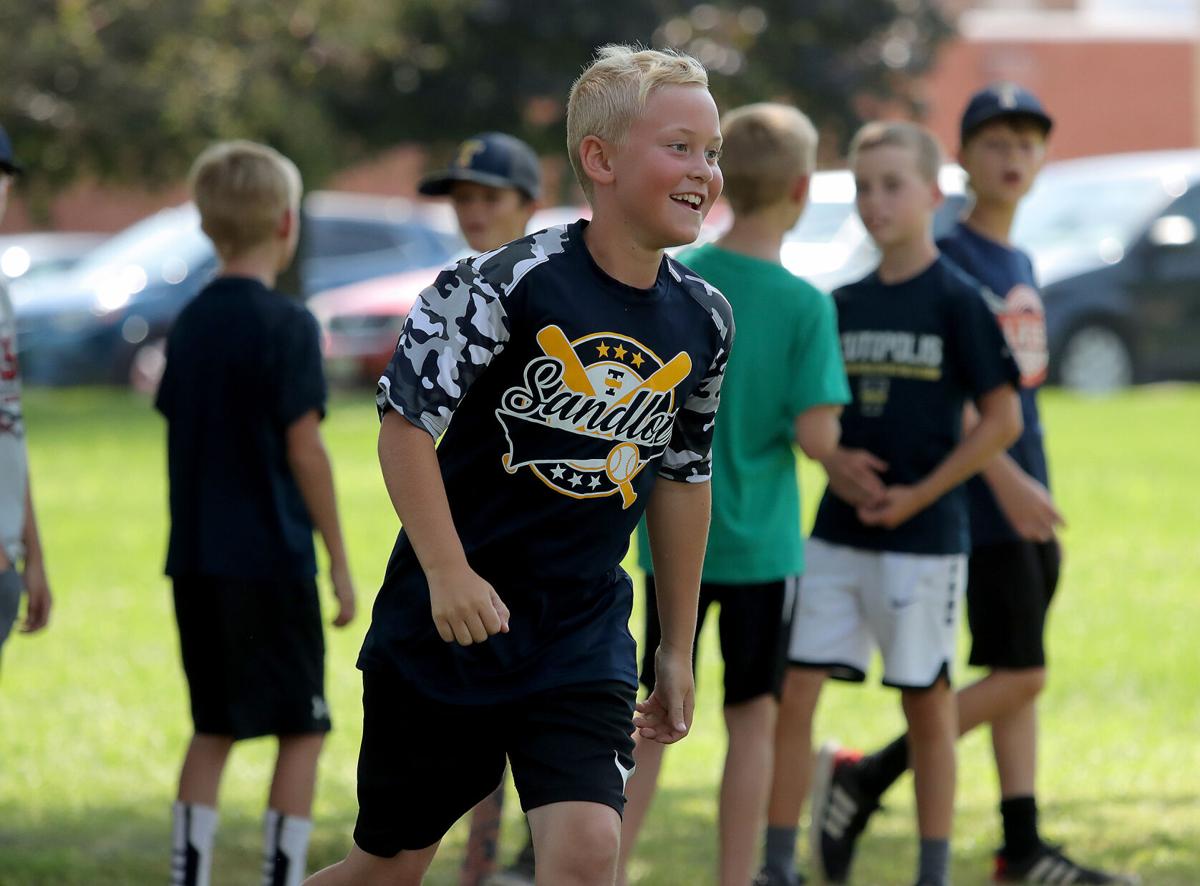 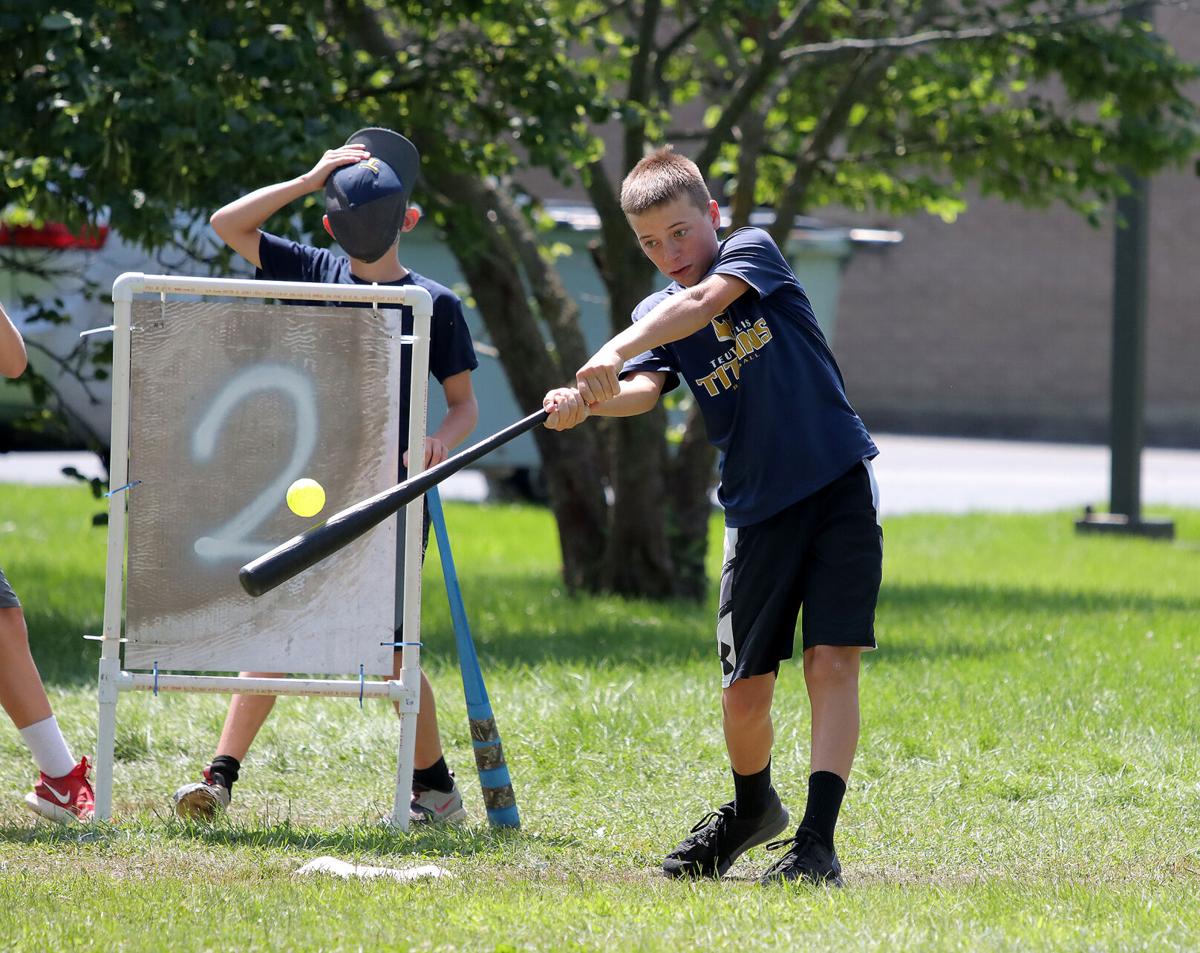 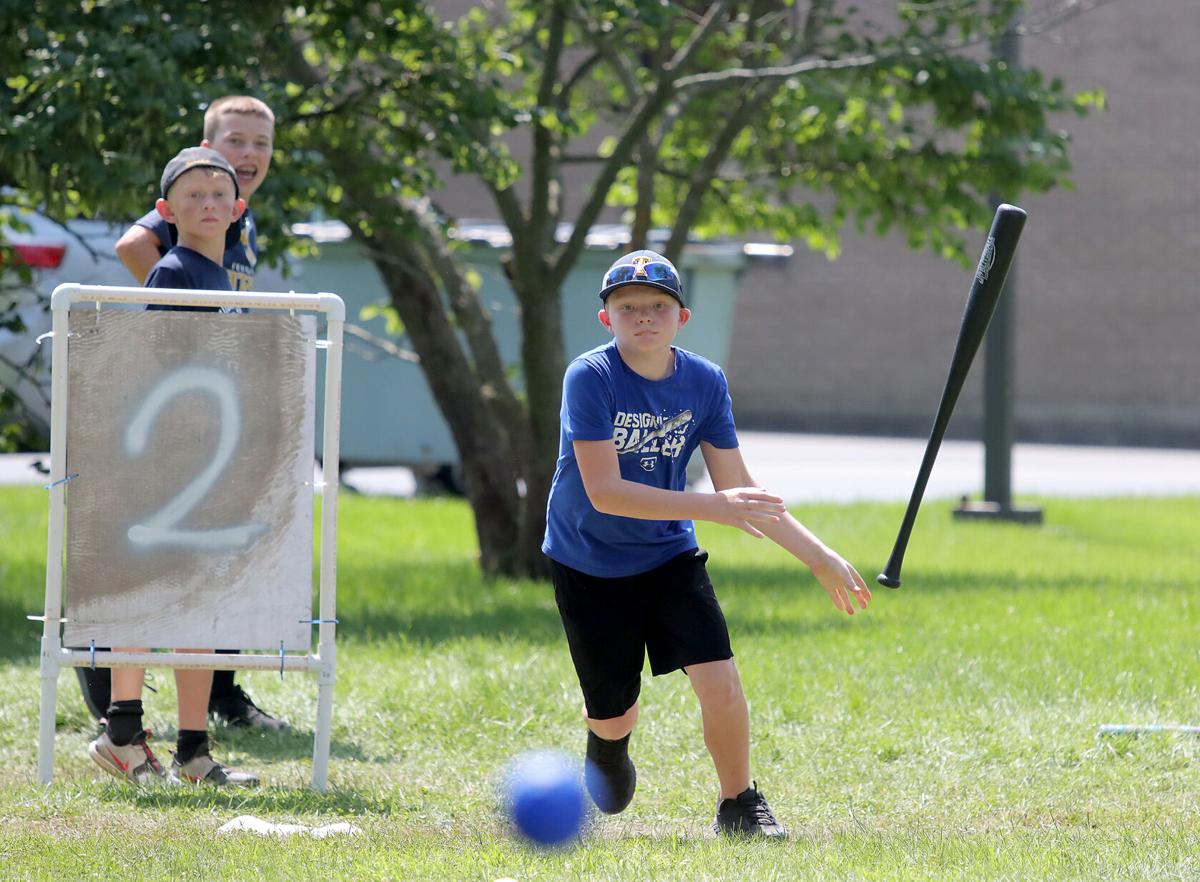 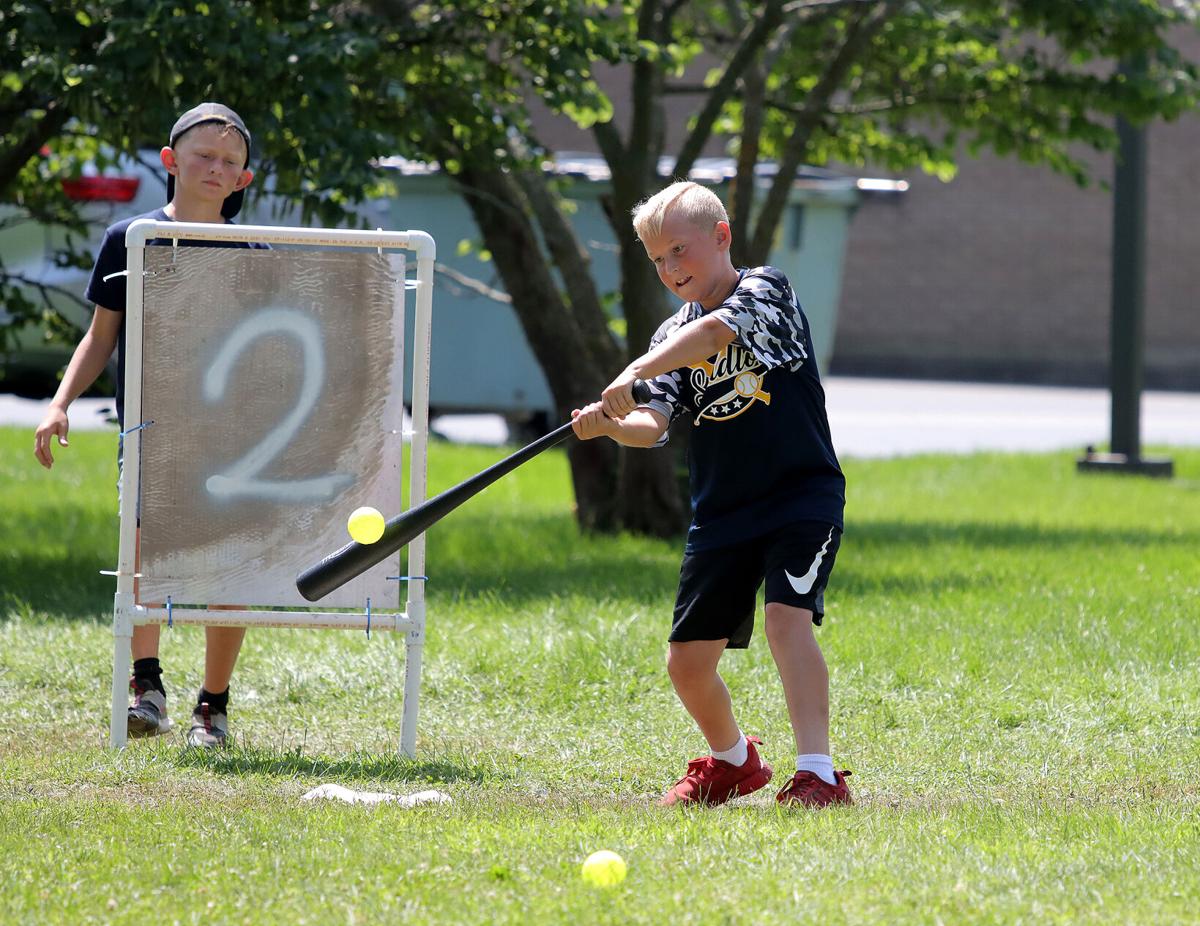 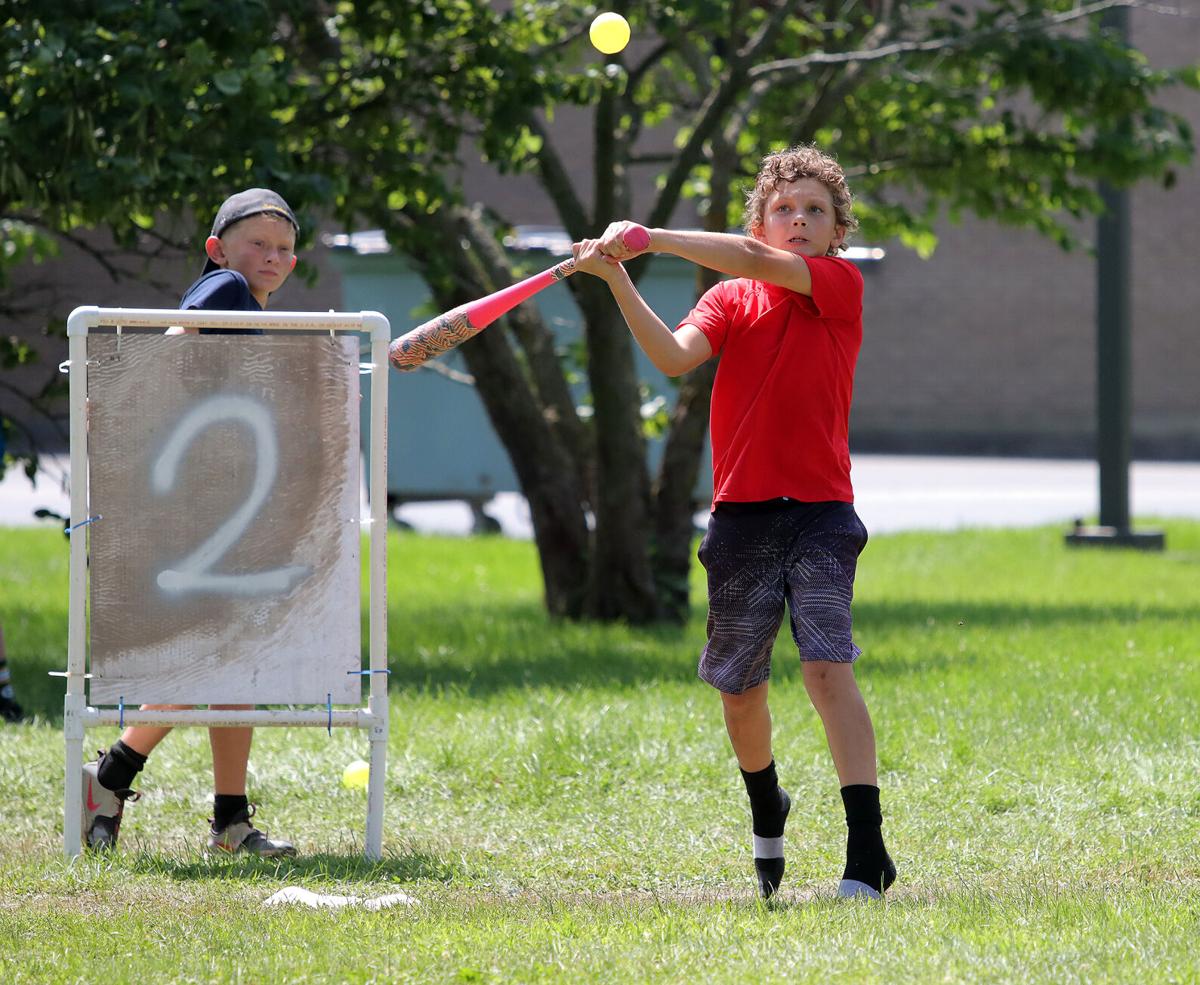 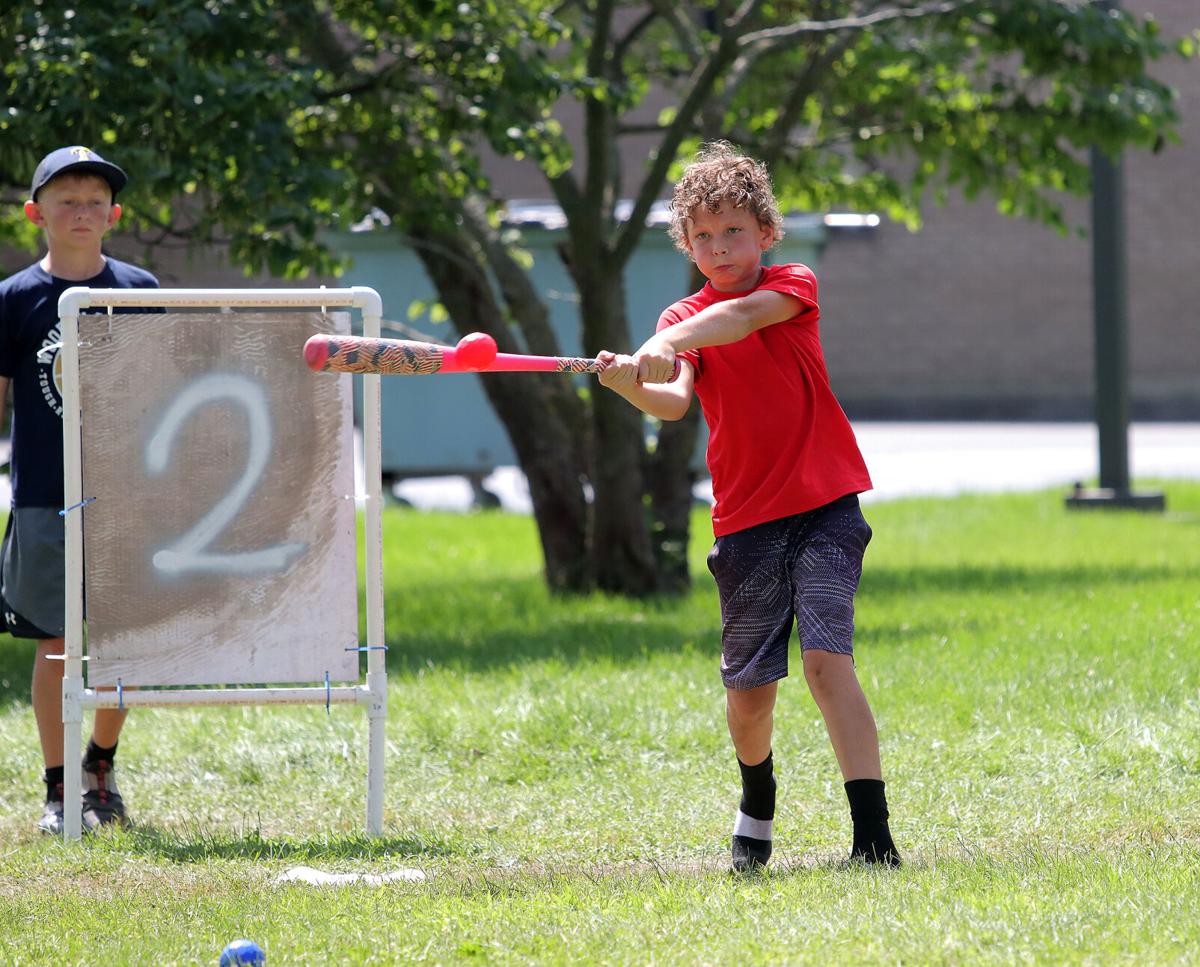 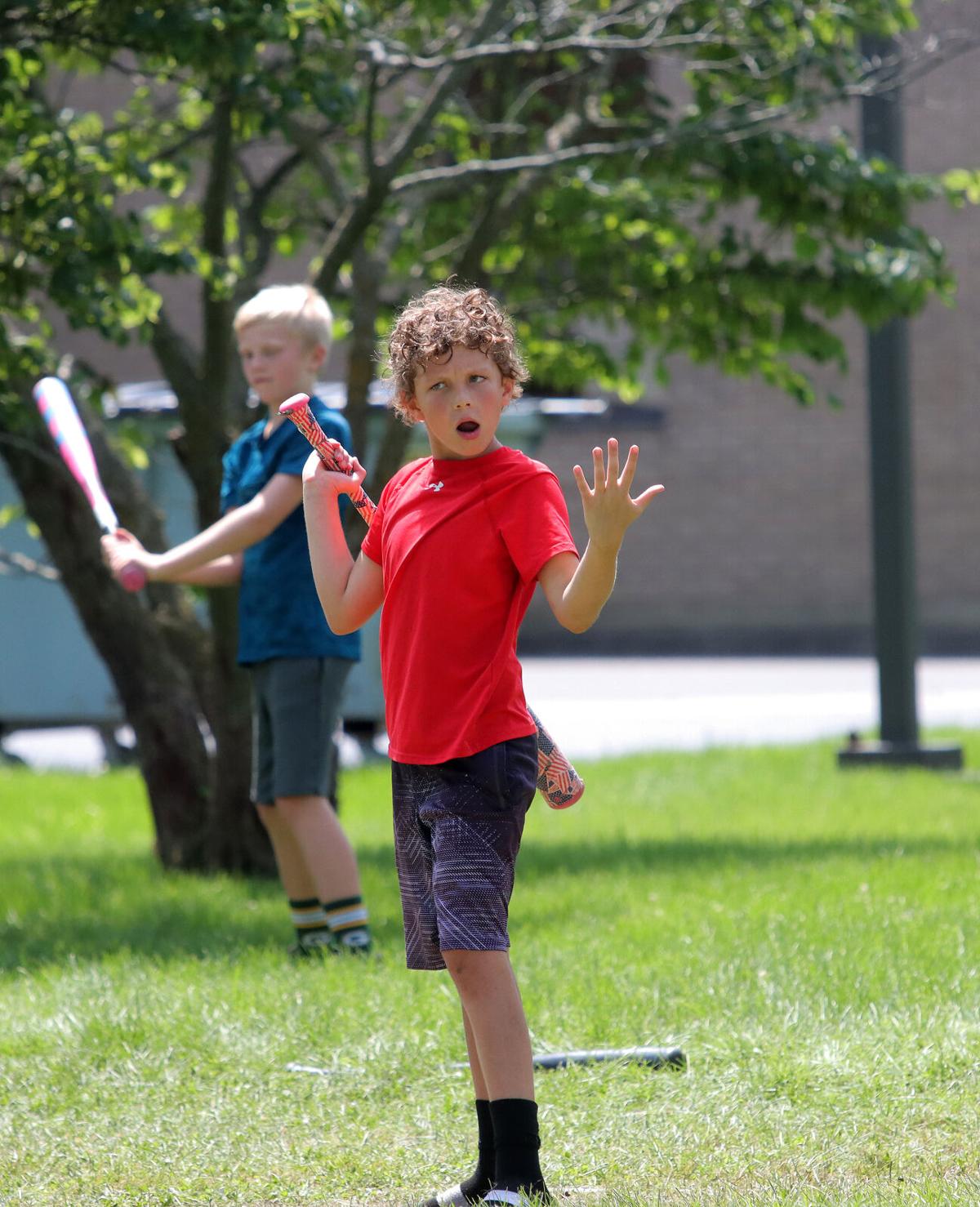 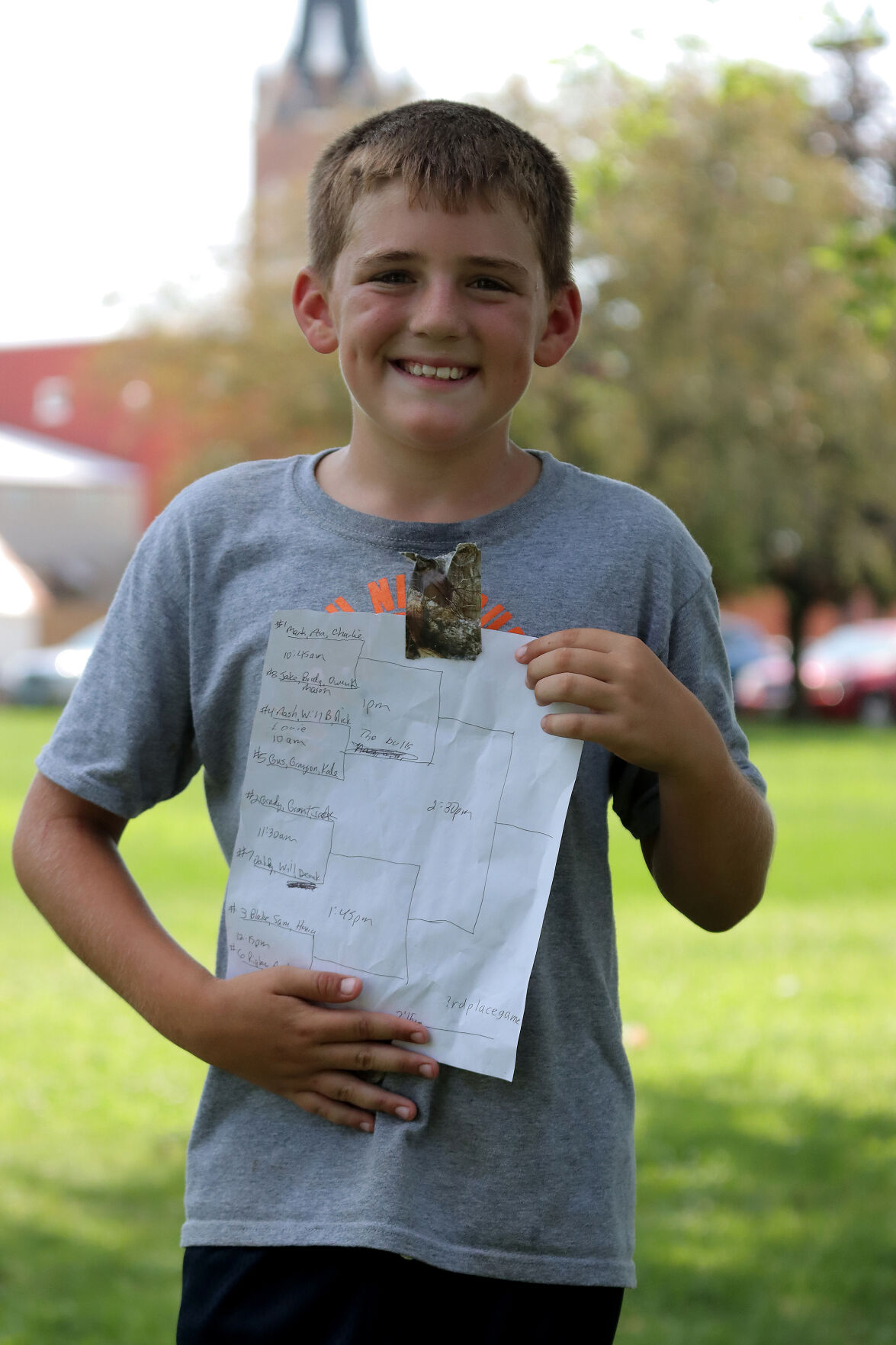 Mark Probst poses for a picture with his bracket during the first annual Mark Probst Wiffle Ball Invitational, Thursday, July 15, 2021. The single-elimination bracket was on Thursday.

Mark Probst poses for a picture with his bracket during the first annual Mark Probst Wiffle Ball Invitational, Thursday, July 15, 2021. The single-elimination bracket was on Thursday.

Mark Probst is unlike most kids his age.

The 10-year-old Teutopolis native, with some help from his father Rick, created the first-ever Mark Probst Wiffle Ball Invitational. The tournament was on Thursday and Friday, with 26 players making up eight teams.

“I just wanted to play with my friends for a few days and wanted to do something competitive with them,” said Mark on why he created this tournament. “So, I decided to do a Wiffle Ball tournament.”

Pool play kicked off the festivities on Thursday, with a single-elimination bracket-style tournament on Friday to determine the champion.

Played across the street from Mark’s house in a grassy lot, Rick said it was the perfect size for what they wanted to accomplish.

White foul lines were spray-painted down the first- and third-base lines, and an orange, plastic fence that stretched from one side of the field to the other served as the barrier between the ball still in play and a home run.

“The size of the field was determined by the trees,” Rick said. “My oldest son helps prep diamonds for the park district in the summer, so he kind of knew how to lay it out, and we laid it out yesterday morning at about 8:00. It took us about an hour to get everything set up. They figured out how far they wanted the bases and where they wanted the pitcher’s mound.”

Everything, from the rules on, stemmed from a 10-year-old’s mind, with the help from a similar event that Mark participated in over the 4th of July weekend.

“As soon as that was over, then he had his mind set that he had to do it here,” Rick said. “So, I just told him that we’d pick a couple of days, but you reach out to all the boys who want to play. He wrote up his rules sheet and then had a form that we handed out to a bunch of boys. I said, ‘You figure out how to make fair teams.’”

As every team vies for the first-ever tournament championship, Mark said that there was one reason why he enjoys playing Wiffle Ball so much, aside from having that competitive edge.