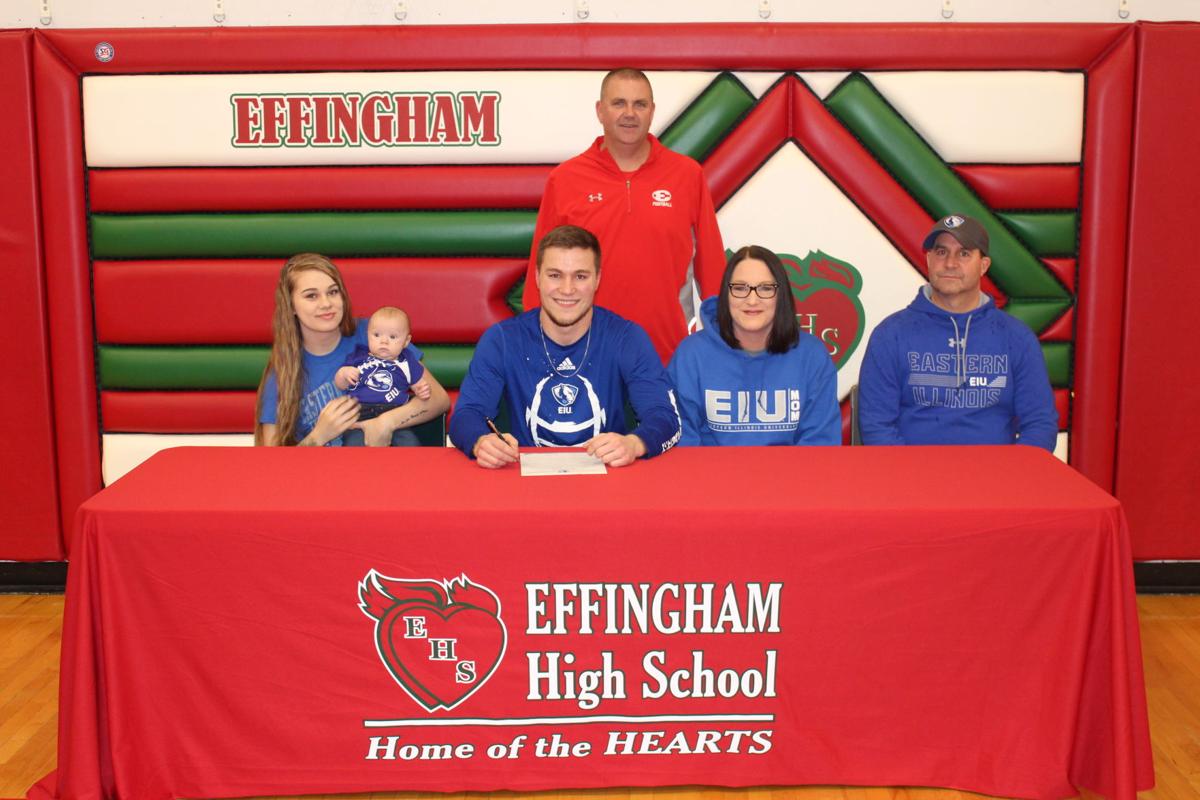 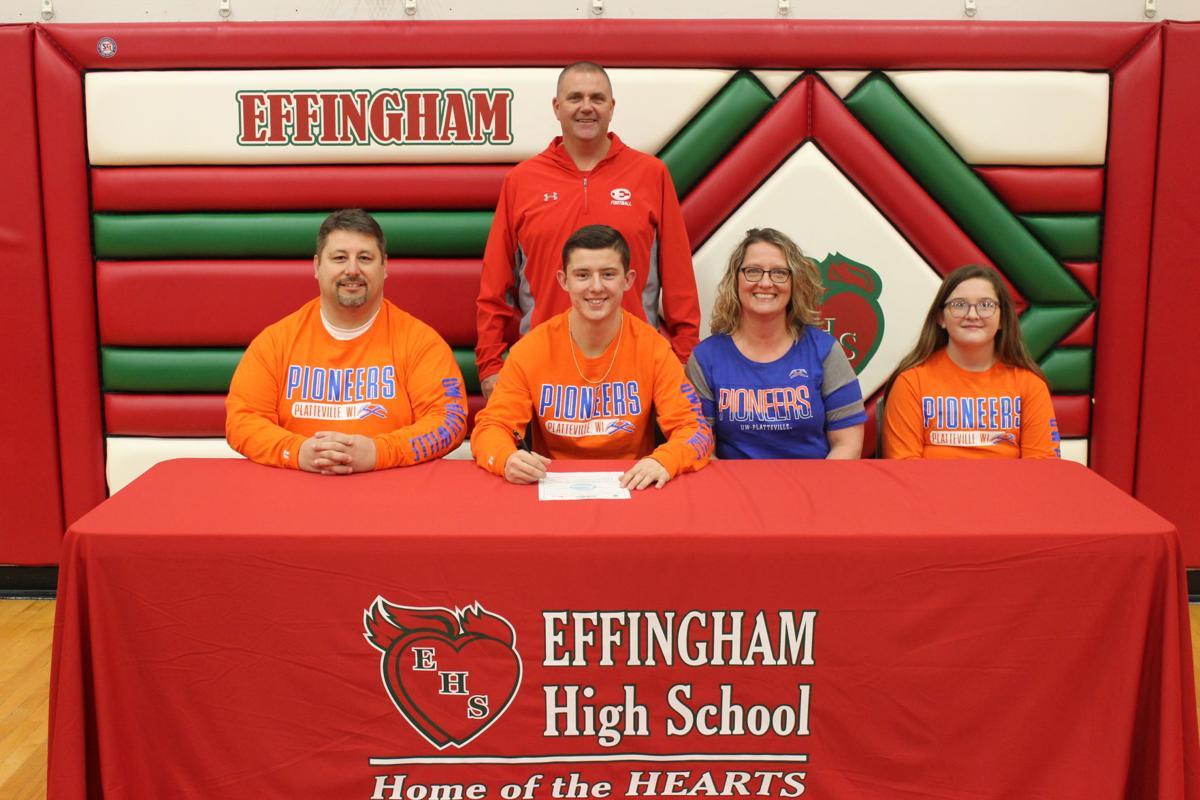 The Effingham Flaming Hearts had a pair of key performers from the 2019 season make their decisions on both their academic, as well as athletic futures Wednesday.

Linebacker/running back Logan Brown signed to be a preferred walk on at Eastern Illinois University, while quarterback Nathan Shackelford signed to play at Division III University of Wisconsin-Platteville.

“It’s always been a childhood dream since like seventh grade to play at Eastern,” Brown said. “I’ve always loved the campus. I went to a football camp there and would always go to the campus and I always loved it.

“I got recruited to play defense, almost the same thing I play now, so I’m looking forward to that. Everything fell into place for me. I love all of it. I love the school and the game of football.”

“It’s definitely relieving,” Shackelford said. “It’s a long process, building relationships with a lot of coaches. Turning some of them down was definitely tough, but I felt like I made the right decision for me.

“It’s a great school for what I want to go into. I want to be a teacher and the education program is really good there. It’s also a bigger school and I’ll get to meet a lot of new people. They have great coaches who know what they’re talking about.”

While Shackelford intends to play quarterback for the Pioneers, he knows he may have to wait his turn coming in as a freshman. However, Shackelford is eager for any opportunity to get on the field, similar to how his high school football career at Effingham played out.

“The goal is to get up to the two or three spot on the depth chart as a freshman, try and get as many reps as I can and learn the offense,” Shackelford said. “They’d like to get me on the field returning kicks if I had to.

As for head coach Brett Hefner, he knows the types of players the two schools are getting.

“I think the big thing is Nathan’s athleticism, with the way the game has changed now, especially at that level, where most people want a true dual-threat quarterback,” Hefner said. “He brings that to the table and is very smart with the football. They also like recruiting those types of kids to where, similar to what he did for us, if they have a kid in front of him that’s really good, they’ll find a place for you on the field.

“Brown was a true three-year starter for us going back to 2017. We could probably coach here another 15 years and not have the ideal body type and athleticism to play the position that he played. He gave us all he could defensively.”