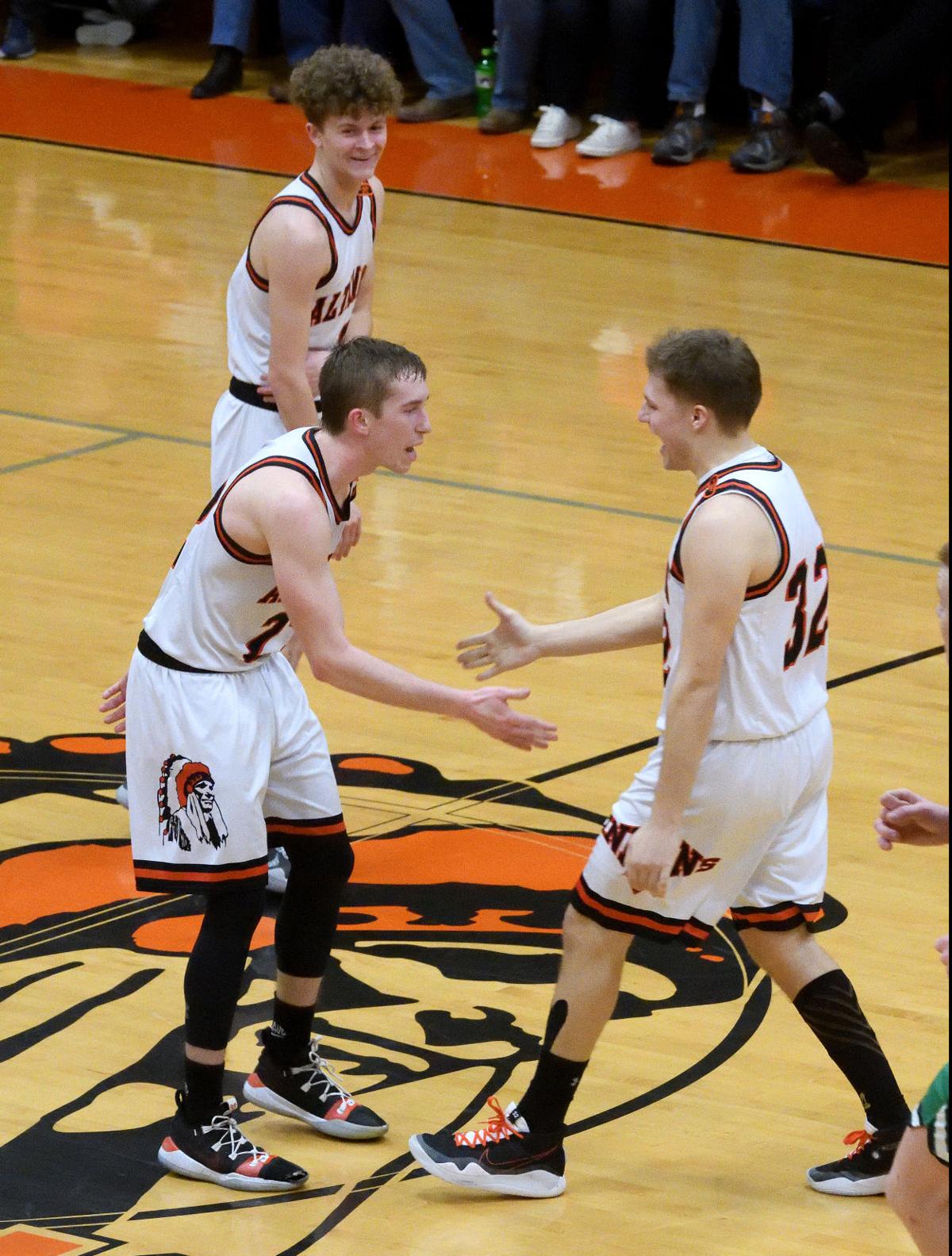 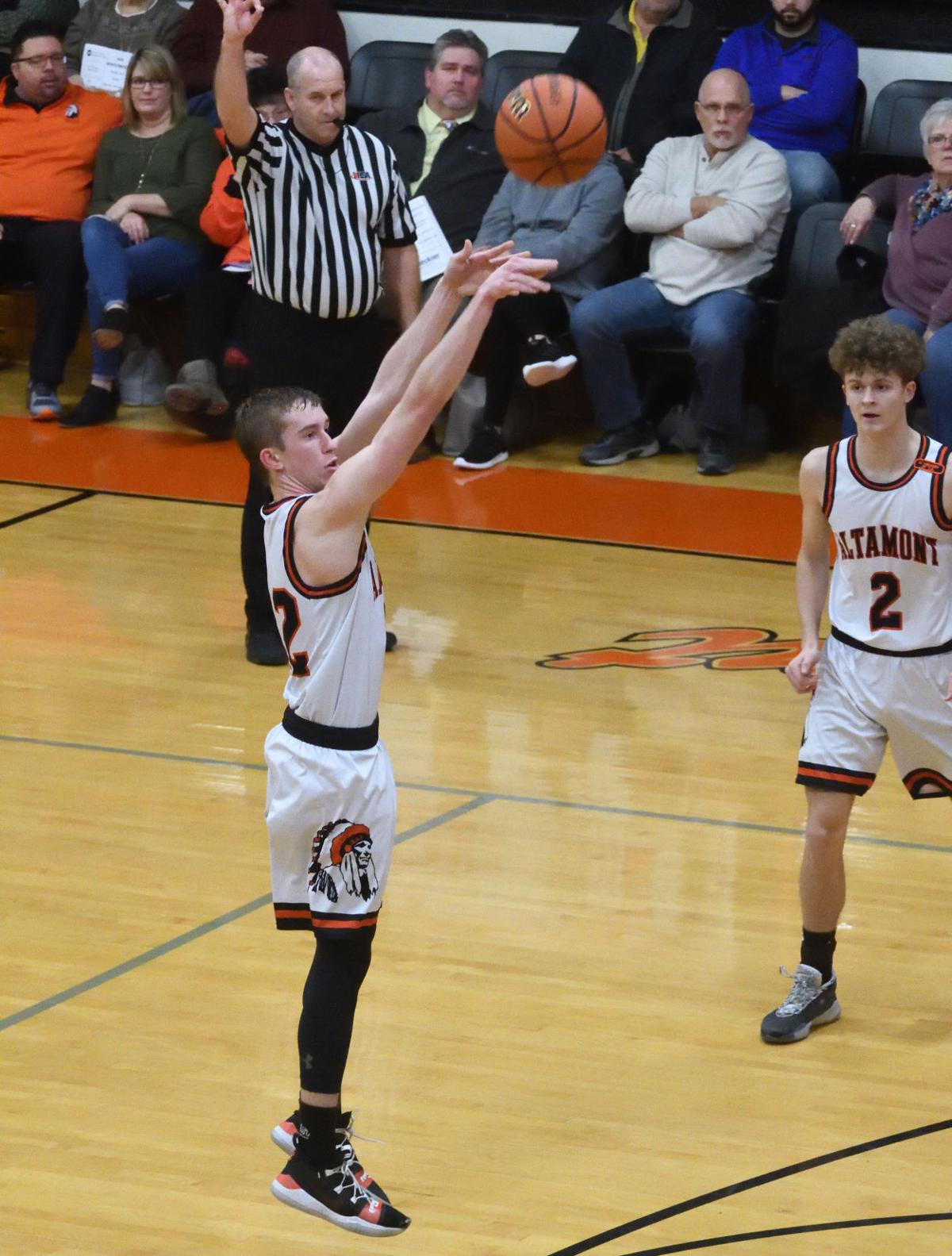 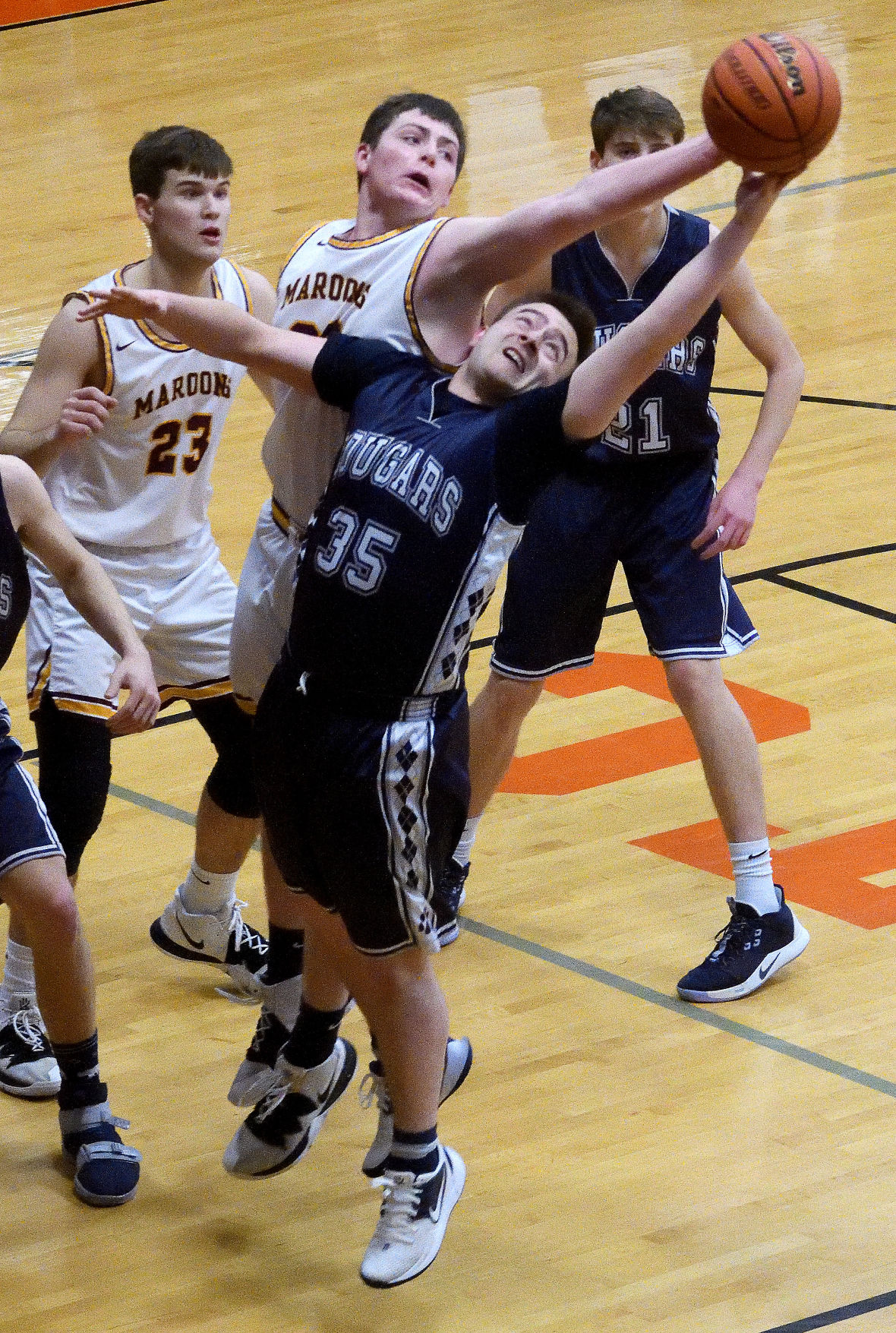 Altamont senior Aidan Jahraus scored his 1,000th career point in the third quarter Wednesday evening in a 64-30 win for the Indians over the Hatchets of Windsor/Stewardson-Strasburg at the 85th Annual National Trail Conference Tournament.

“It means a lot, especially being at home in the NTC,” Jahraus said. “I’ve worked a lot for it, a lot of hours in the gym and it’s paid off, so it feels really good to get it out of the way now.”

Jahraus went on to explain just what his training habits were.

“Whenever I do get in the gym I work as hard as I can,” Jahraus said. “Obviously lifting weights and all of that stuff helps with that, but just being in the gym all of the time really builds your body up to play basketball.

“It wasn’t really something I thought about when I was younger. Last year I knew I was on track toward it. My freshman year I knew I’d have to work really hard. I just try to go out there and do whatever I can to help us win. That’s really the main goal of everyone on this team.”

Early on in the game however, the Hatchets were sticking around, using dribble penetration to collapse the defense and kick it down low to Gavan Werning, who scored seven of the Hatchets first nine points.

After Hatchets guard Sam Vonderheide scored on a layup to cut the deficit to 13-11, the Indians responded with going on a 19-2 with multiple makes from Jahraus, a layup and three for Denver Duckwitz and a transition layup with the foul from Noah Klimpel to help give the Indians a 37-23 halftime lead.

From there, the Indians defense held the Hatchets to just seven points in the second half.

For the Hatchets, Wernsing led with 10 points, all coming in the first half. Vonderheide and Eli Howard each scored six and Austin Wittenberg added four.

The Dieterich Movin’ Maroons used a well-balanced attack Wednesday to help defeat South Central in the first round of the NTC Tournament.

Cole Niebrugge led with 13 points, with six points coming in the fourth quarter, utilizing his turnaround jumper from 12 feet out.

In the first half however, it was a back-and-forth affair. Dieterich used back-to-back baskets from Niebrugge and Derek Kuhl respectively to go up 15-11, but the Cougars quickly rallied with a three and layup from Collin Miller to take an 18-15 lead.

“We kind of knew early it would be back-and-forth,” said Dieterich head coach Josh Krumwiede. “Given what happened last Saturday at our place, adjustments were going to be made to fix what they had done wrong.”

But the Movin’ Maroons responded with a 9-0 run at the end of the second quarter and early stages of the third quarter to go up 27-18.

A layup from Niebruuge out of the gate in the four.