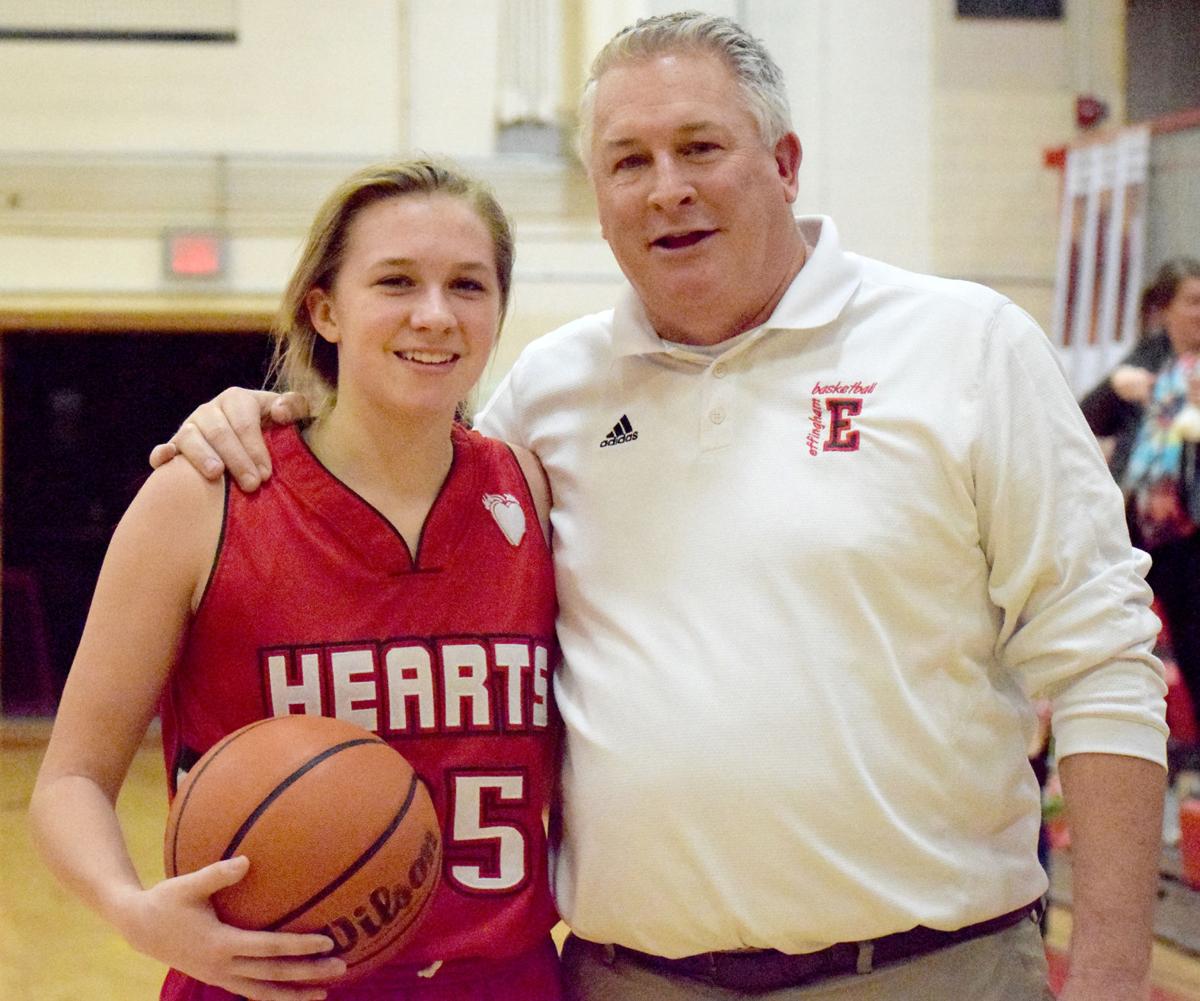 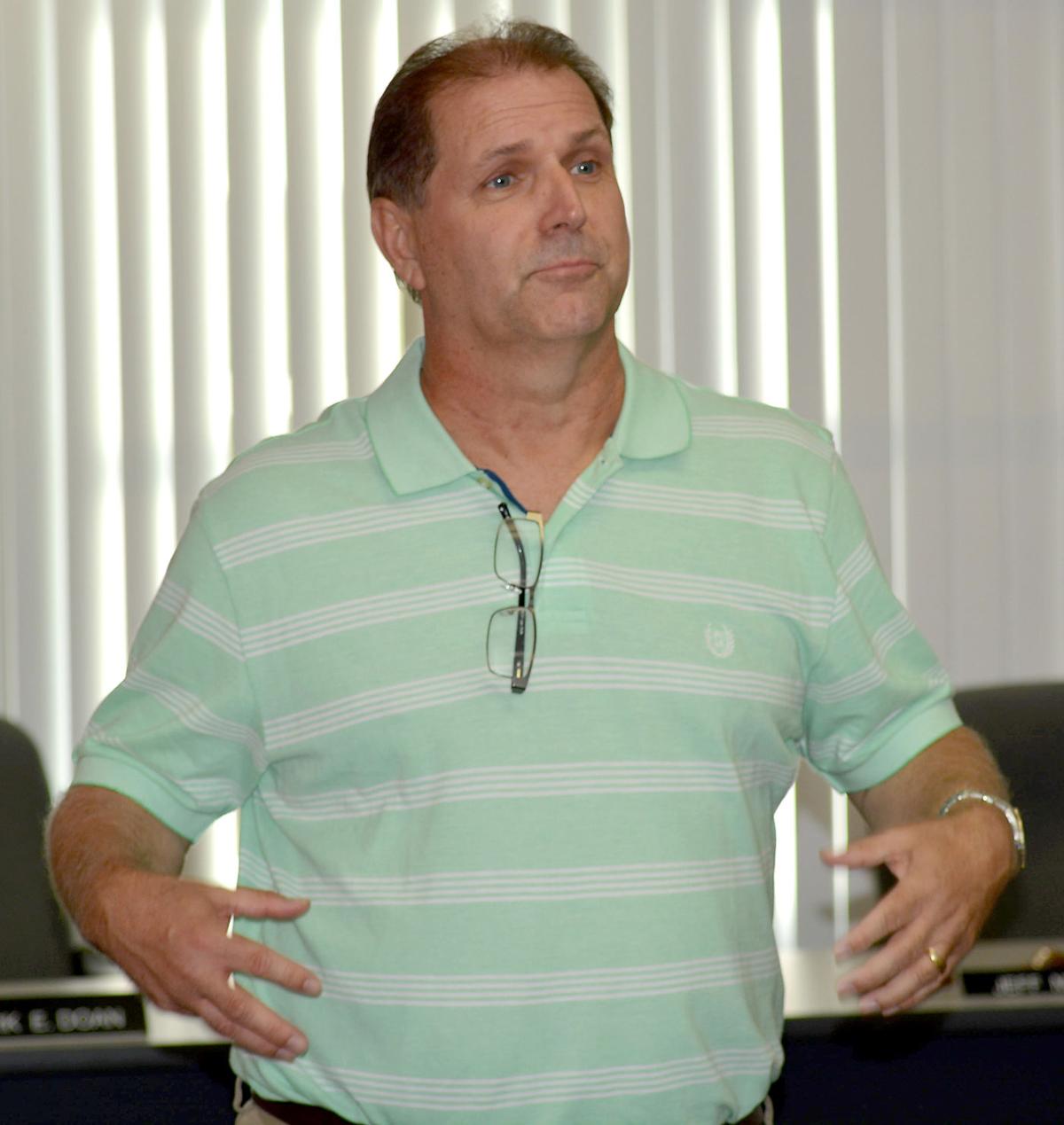 The text, short and simple in nature, congratulated Schafer on his recent induction to the Illinois Basketball Coaches Association Hall of Fame 2020 class. Lockart, who coaches boys basketball at Windsor-Stew-Stras, was also inducted in the class of 2020; the two also coach high school golf.

“My initial reaction, I guess, was a mixture of relief and gratitude. I also laughed that I am getting this award while I am still alive and I am also still coaching,” Schafer said.

The 22-year head girls basketball coach said much of the recognition for his basketball teams’ successes is owed to his excellent coaching staff and hard working players he’s coached throughout his 26 years of coaching.

Schafer said those aforementioned people should feel like they are also being recognized.

“Aaron Witges and Troy Van Blaricum have been with me for over 10 years now. Megan McDonald has played more games for me than any other player I ever coached, and now, she is back on our staff. Lacy Althoff has been a big asset this first month that she has been involved after coaching many of our younger teams. These people and any other coach that has worked with our kids needs to feel like they are receiving this award, too, Schafer said.

“I am grateful to all the kids who have put on an Effingham practice jersey to represent our school. These kids have always given us all of their effort and represented our school with the highest level of sportsmanship.”

Schafer said being recognized in the coaches hall of fame was a goal of his five or six years ago, but he has come to realize “it’s all just a perk.” He described himself as being in a better place spiritually and a good place in his life over all.

Being in a good place in his life and coaching career has allowed Schafer to enjoy practices and build relationships with the players he coaches. One thing he’s enjoyed most in his nearly three decades of coaching is watching young players develop throughout their four years of basketball and come out a m different person.

Schafer said the backbone of much of what he does both professionally and personally is his family. He said his wife, son and daughter have been a big part of his success.

“My wife Sheri has listened to countless hours of me talking basketball not just at home but in public, at parties, wherever the conversation came up. My son Reed sacrificed me missing some of his games so I could do what I love. My daughter Skyler go to be part of 25 percent of those wins over the years in the time she played, and it is not easy being the coach’s daughter,” Schafer said.

Since learning he will be inducted at a hall of fame ceremony in the spring of 2020, Schafer said he’s received numerous phone calls, text messages and Facebook posts and comments from many of his friends, family and even some of his past players.

Schafer said those congratulations from the programs alumnae mean the most to him. He said those former players are the ones responsible for putting him at a level of hall of fame recognition.

“Early in my career, I was driven by the people who would doubt you. I was driven to have more wins than Tom Fish, who was the winningest coach for the girls at the time. He and I have become great friends since. It is sometimes funny how God works His magic,” Schafer said.

Schafer said he also learned a lot from former coach Mike McDonald, especially the power of being humble. Friend Randy Harpster from Charleston has also been a mentor to Schafer throughout his career and also a fellow inductee to the class of 2019. Schafer also thanked Effingham Athletic Director Dave Woltman for giving him the opportunity to lead the girls basketball program.

Schafer said that the moment he found out he was to be a hall of fame member goes back to his coaching roots in 1993.

“None of this happens, though, if Wayne Rubach, my sophomore basketball coach in high school, didn’t see something in me and he convinced me to start the freshman program 26 years ago,” Schafer said.

Also inducted into the class of 2020 is Effingham Junior High Eighth Grade Boys Basketball Coach Rod Wiethop. Wiethop has coached for 31 years and is also the junior high baseball coach with experience coaching track as well.

Wiethop said his initial reaction to learning he was inducted into the hall of fame was that of shock. He said his former player and high school standout Landon Wolfe was the first to congratulate him and also to let him know he was selected.

Wiethop said it is thanks to former players like Wolfe as well as the coaches he’s worked with in the past that he has reached this point in his career.

“I’ve been blessed with a lot of great players throughout my career. I’ve worked with a lot of good coaches whom I learned a lot from,” Wiethop said. “I think it also mean a lot for my family and is something nice for them with all the sacrifices they’ve had to make.”

Wiethop’s step-daughter Dannielle Harden said in a 2018 interview with the Effingham Daily News that Wiethop started the local chapter of the Fellowship of Christian Athletes, which has grown to host more than 300 kids last year.

Wiethop said everything he does as a coach is to help his players be better people on and off the court. He said though this type of recognition is an honor, for him, it’s all about the kids.

“Some of the things the former players have said about it have been very nice. Really I owe it all to them,” Wiethop said. “I think for a lot of coaches, nobody does this with getting into the hall of fame in mind. They do it for the kids.”

Wiethop said one of the neatest things about being inducted into the state basketball association hall of fame is that he will be inducted with Schafer and Lockart. Wiethop said Lockart was the varsity basketball coach when he started at Effingham, and Schafer has been a coach for nearly as long as Wiethop has at Effingham schools.

Wiethop said overall, he is thankful that he is able to do something he loves.

“I’m just grateful for the many years I’ve coached at Unit 40,” Wiethop said.

Lockart also received the honor. He is the current high school boys basketball coach at Windsor-Stew-Stras and has in the past coached at Neoga and Effingham among the many teams on his résumé.

Dave Burrell of Teutopolis was also chosen for the class of 2020 in the “friend” category. To be chosen as a friend of basketball, honorees have contributed greatly to the game of basketball, may have been an outstanding person in their community as timers, scorers, fans, referee or more and has 20 years minimum of service to the basketball community.

Another area coach has also been selected for the class of 2020, but due to personal reasons, a story on this coach will be published at a later date.