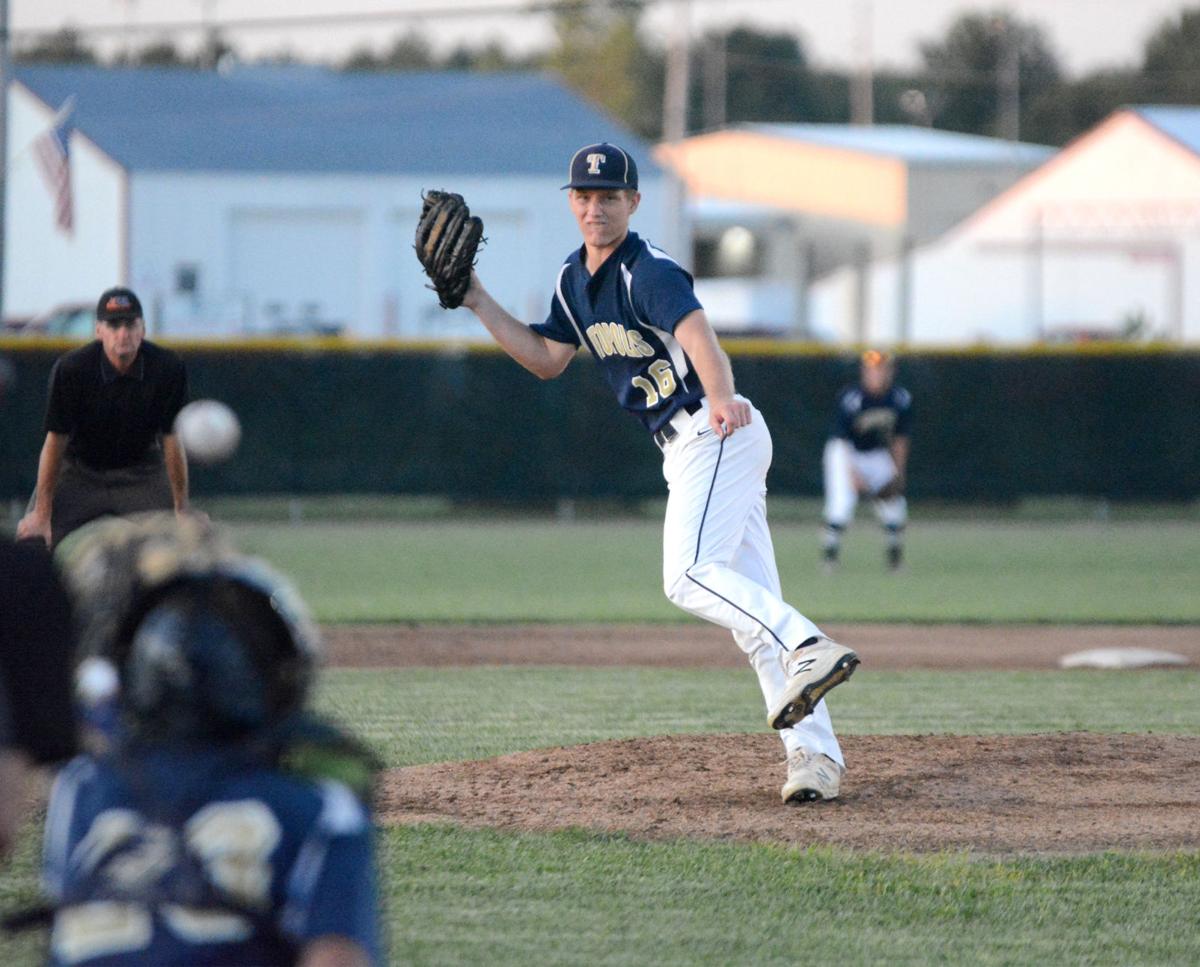 Teutopolis’ Mitch Hardiek hurls a pitch toward home plate in the team’s 2-0 win over the St. Anthony Bulldogs Wednesday night. 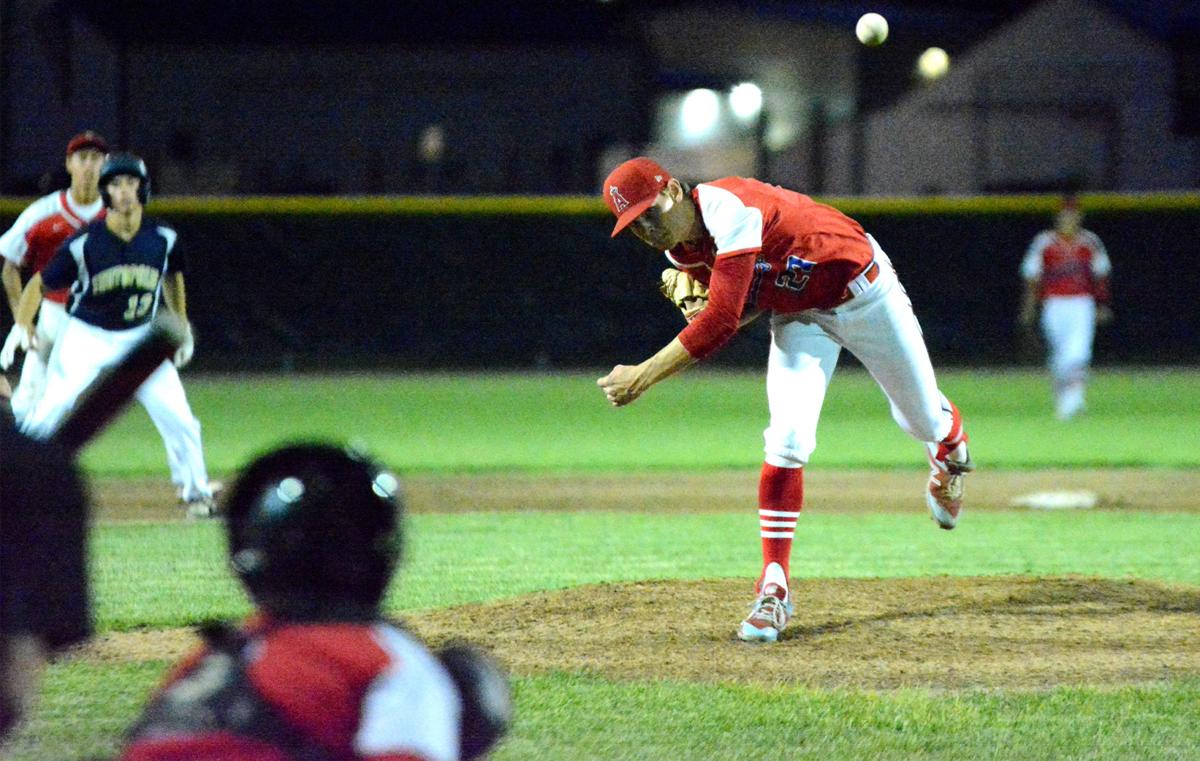 St. Anthony’s Gavin Braunecker follows through with his delivery in the team’s loss at Teutopolis Wednesday.

Teutopolis’ Mitch Hardiek hurls a pitch toward home plate in the team’s 2-0 win over the St. Anthony Bulldogs Wednesday night.

St. Anthony’s Gavin Braunecker follows through with his delivery in the team’s loss at Teutopolis Wednesday.

“We had some good pitchers throwing out there tonight,” said Teutopolis head coach Justin Fleener. “Mitch pitched a good three innings and Trenton did a good job on the mound in the four that he pitched as well.

“Our pitchers stay calm. They have a good demeanor and keep their composure on the mound real well.”

The Wooden Shoes had a chance to plate some runs in the bottom of the fourth when Trenton Schwerdt and Mitch Hemmen each had base hits to start the inning. A sacrifice bunt from Evan Wermert advanced Schwerdt and Hemmen into scoring position.

However, the Wooden Shoes were unable to cross that run, as the next two batters struck out to leave two runners stranded.

Mitch Hardiek for Teutopolis and Gavin Braunecker were both extremely effective for their sides, working outside corners and combining their breaking pitches nicely to keep hitters off balance for much of the day.

“We put the bat on the ball,” said St. Anthony head coach Tony Kreke. “We just were unable to find holes. We want to make sure we’re going up there with the mindset of ‘we’re hunting fast balls.’ We want to take our best swings.”

“That’s what we wanted out of Gavin,” Kreke said. “He’s been our guy here for the last two years and it’s great to see him come out here and execute. But we’ve got to give him some support offensively. We have to find a way to muster up some situational hitting and get some things done.”

It wasn’t until the bottom of the fifth that a side finally broke through.

After Braunecker sat down the first two Wooden Shoes batters of the innings on strikeouts, Luke Ungrund came up big with a two-out double, followed by a walk to Mitch Hardiek.

It wasn’t until the bottom of the fifth that the Wooden Shoes were able to get on the board. After the first two batters of the inning were retired, Luke Ungrund and Mitch Hardiek came up with back-to-back base hits to set up Schwerdt.

Just as he did so many times for the Wooden Shoes on the state championship run in the spring, he delivered with a triple to the warning track in right field that scored Ungrund and Hardiek, which would prove to be the only runs of the game.

That was all the room Schwerdt needed, who came in for relief of Hardiek in the fourth, getting a 1-2-3 inning in the sixth. After surrendering a walk to start the seventh, Schwerdt sat down the next three batters to help earn the Wooden Shoes the win.

“He’s came through in that situation before,” Fleener said. “That was a big at-bat out of him.”