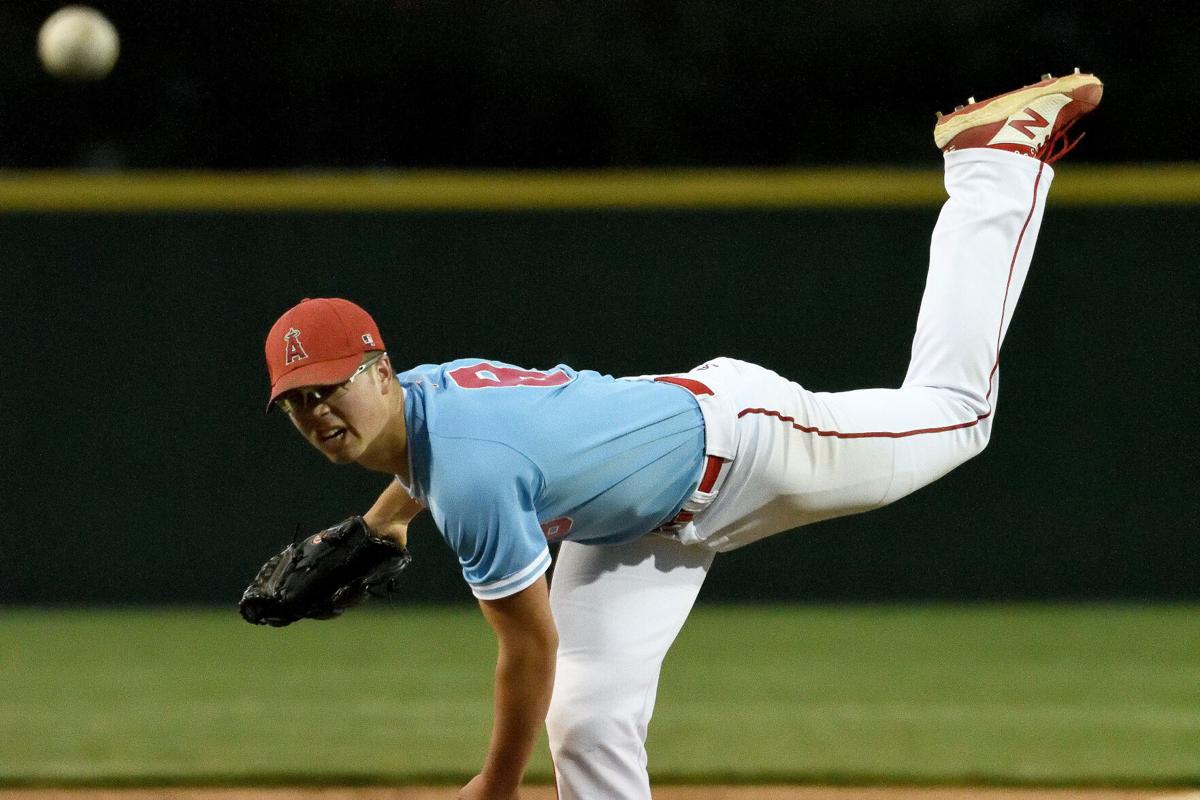 The St. Anthony Bulldogs used stellar pitching in both City Series wins to take home the trophy Thursday on the back on a no-hitter from Colton Fearday in a 10-0 win in five innings.

“I’m super proud of Colton [Fearday],” said St. Anthony head coach Tony Kreke. “He commanded the strike zone. He’s capable of doing that every day and he’s been doing that all year. He’s been throwing every pitch with conviction. You’re going to get a bulldog every time he gets on the mound.”

This comes after Bulldogs pitcher Logan Antrim threw a complete-game shutout in the team’s 3-0 win over Effingham Wednesday.

“I’m proud of these boys and how they were able to handle it,” said Kreke. “I said ‘whoever is able to harness and control their emotions is going to take the series, and we’ve done that in two games so far.’”

In Game 2 of the series, Antrim led off the game with a single to center on a full count. A sacrifice bunt from Kennan Walsh advanced Antrim into scoring position with one out. Fearday hit a ground ball to the right side to allow Antrim to advance to third.

One thing that allowed St. Anthony great chances was six errors committed by the Hearts after committing three the night before. St. Anthony was able to cash in on those errors Thursday, as only one of the runs was an earned run.

“You give up two earned runs over two games and you expect to be in the ball game,” said Effingham head coach Curran McNeely. “Once again, it’s the same story different night. We don’t hit. We get ourselves into halfway decent counts and we fall back behind as hitters and swing at some pitches we shouldn’t be.

“You kick it around six times behind a guy who is actually throwing halfway decent. He’s rolling ground balls out there. Granted there were some plays Jackson [Lee] tried to backhand. Those are tough plays, but with someone of that caliber, you have to make one or two and someone has to step up and stop the bleeding.”

St. Anthony’s first run of the day came on a dropped third strike that went to the backstop, allowing Antrim to score and take a 1-0 lead after one.

In the bottom of the second, Will Hoene led off with a walk before Angelo Mendella reached on an error on a throw to first from the pitcher, allowing both Hoene and Mendella to get into scoring position.

Eli Link put down a sacrifice bunt that allowed Hoene to score to make it 2-0.

“We wanted to speed them up,” Kreke said. “When we take a lead, we want to be able to speed them up. We do that with many different thing, whether it be the sacrifice bunt game, or bunt for a hit, whatever it takes in that situation. We prepare these guys well for that moment. Sometimes it works, sometimes it doesn’t. Let’s hope it keeps working throughout the season.”

With Beau Adams at third after courtesy-running for the catcher Mendella, Antrim was able to drive him in to make it 3-0 after two.

In the bottom of the fourth, the Bulldogs looked to further add to the lead after Eli Levitt reached on an error, followed by a single from Link.

The Flaming Hearts opted to intentionally walk Antrim to load the bases to set up a force out anywhere with one out.

But that didn’t stop the Bulldogs from playing small ball, as Walsh dropped the perfect bunt that allowed Walsh to reach first safely and score Levitt to make it 4-0.

With the bases still loaded, Fearday drove in Link on a RBI ground out to make it 5-0 and allowed Antrim and Walsh to move into scoring position.

With two outs, Eli Moore tripled to drive in the pair and make it a 7-0 lead. Moore was able to score on a wild pitch to make it 8-0 after four.

Effingham had probably its best chance to score on the day when Max Nelson was hit by a pitch and Joe Matteson drew a walk.

But Fearday settled back in and got the next two outs on strikeouts before getting a ground out for the third out to do to the bottom of the fifth.

“Unfortunately, our bats have gone quiet. We got out of sync and started swinging at things we hadn’t been swinging at. We haven’t gotten the timely hits we’ve needed.”

Mendella led off the bottom of the fifth with a double, but was followed by a strikeout and fly out.

With two outs, Antrim singled to score Adams, who once again courtesy-ran for Mendella, making it 9-0 and put the winning run on first.

After Walsh was hit by a pitch to put two on with one out, Antrim and Walsh stole to get into scoring position.

The 10th and final run was scored when Fearday reached on an error by the Effingham shortstop, allowing Antrim to score the winning run, ending the game at 10-0.

“We’re doing a lot of nice things and I still think there’s room to keep going,” Kreke said. “I’m excited for that, and I know these guys are as well.”

The first contest Wednesday was more low-scoring, with Antrim tossing the complete-game shutout in the 3-0 win.

“[Antrim] is a competitor,” Kreke said. “You know in these types of games, you know the kids you can rely on and Logan has been that. You’ve seen a couple of performances from him on the mound against South Central, Altamont and now Effingham. You come to expect it from him. He wants the ball in these games. I’m very proud of him.

“He was commanding the strike zone. When he gets ahead, he’s so effective with his off-speed stuff. He’s able to use all three pitches in any count. He’s trusting his catcher. Angelo does a great job calling the game, blocking pitches and having that leadership on the field.”

Effingham put a pair of runners on base with two outs, but couldn’t get them around to score.

With two outs in the top of the fifth, Moore doubled and was able to advance to third on a wild pitch and came in to score on a passed ball to make it 3-0.

That proved to be more than what Antrim would need on the mound. He allowed just four hits and two walks over seven while striking out eight.

The losses drop Effingham to 10-3 on the season while the Bulldogs improve to 13-1.

The final game of the City Series will be held at Paul Smith Field Friday at 7 p.m.