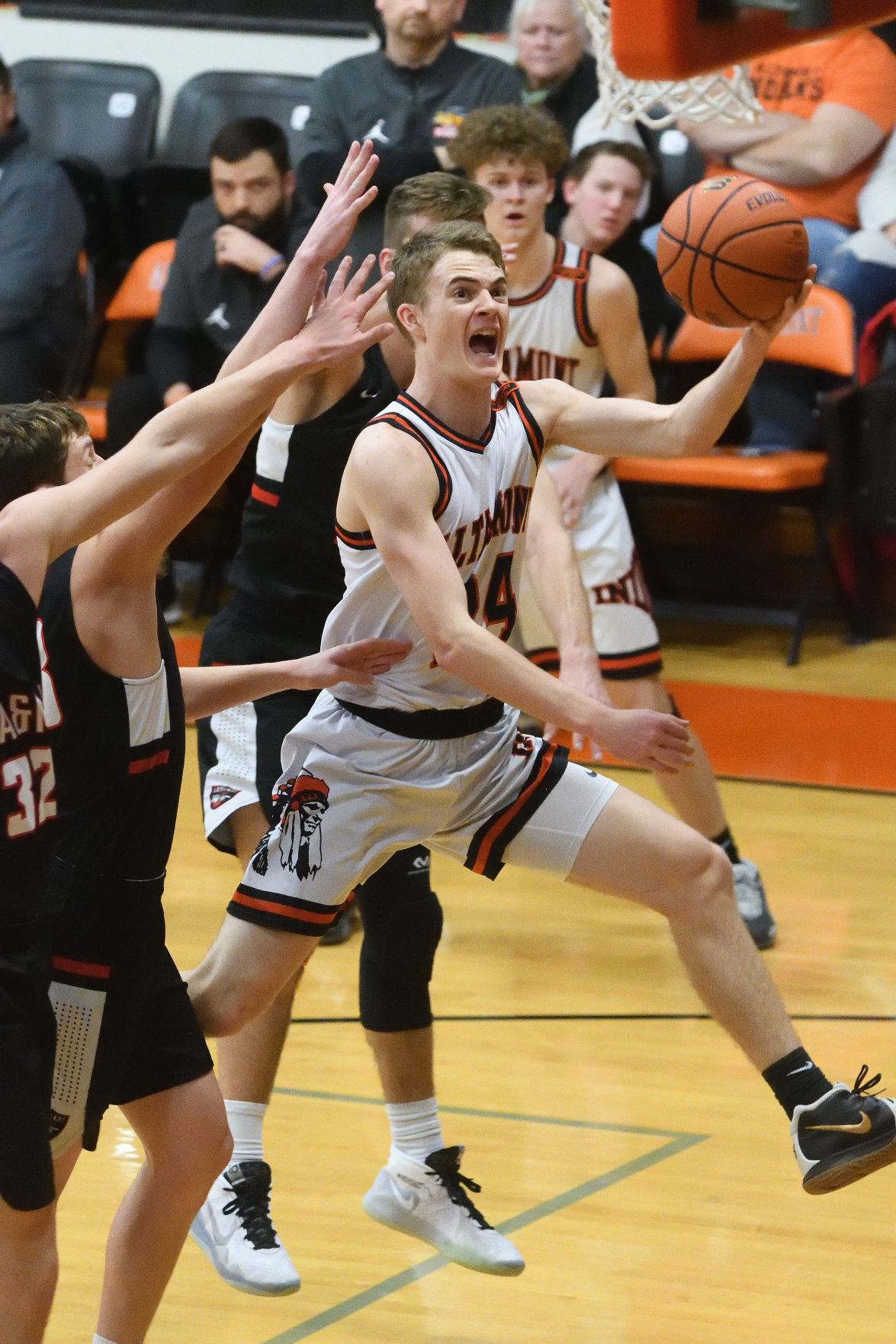 Altamont’s Kaden Eirhart drives to the basket between Central A&M’s Connor Hutchins, Jacob Paradee, and Connor Heaton in the 2019-20 season 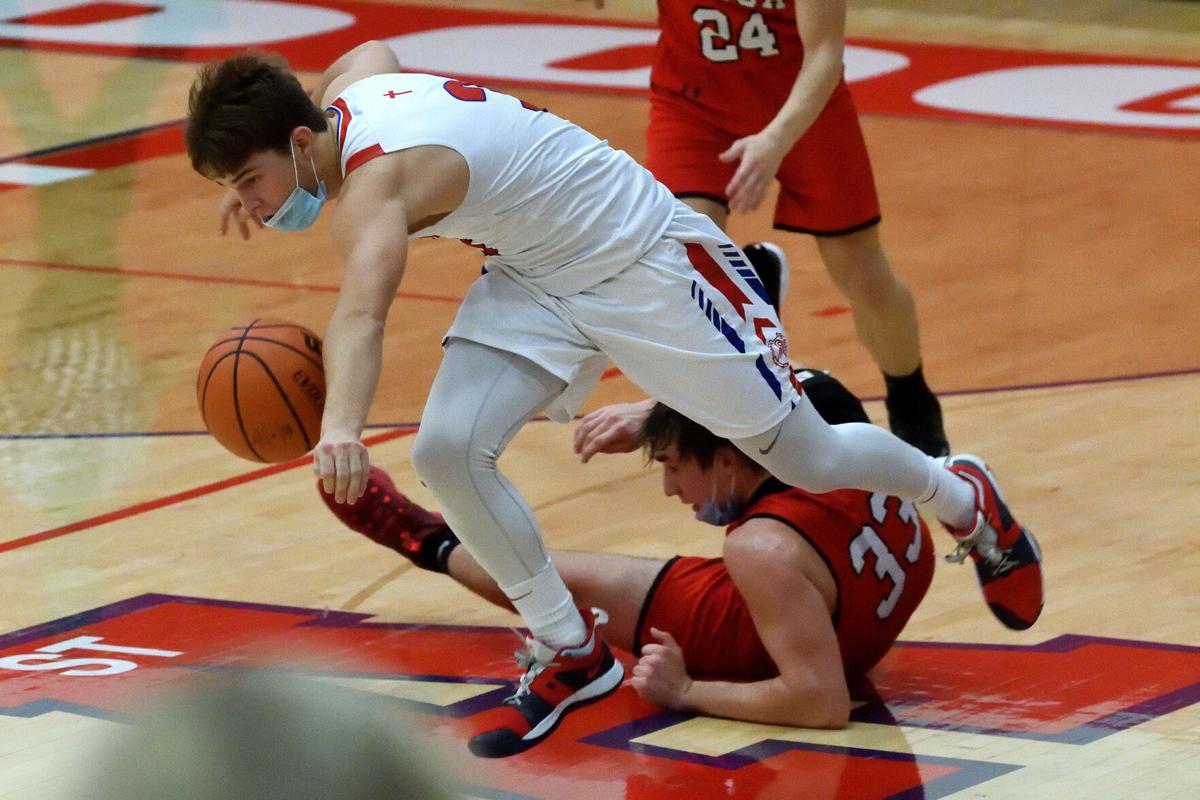 Altamont’s Kaden Eirhart drives to the basket between Central A&M’s Connor Hutchins, Jacob Paradee, and Connor Heaton in the 2019-20 season

The National Trail Conference released its All-Conference basketball teams from the 2021 season.

“It was special to be able to do it on his home floor,” said Altamont head coach John Niebrugge.

Eirhart’s role changed almost every year while at Altamont and was finally the primary scoring option his senior season.

“We thought there was a chance he could play his freshman year, but that didn’t work out,” Niebrugge said. “His sophomore year he was our sixth man and it was a big blow to us when we lost him in the regional.

“His junior year he kept getting better and taller and averaged almost as much as Aidan [Jahraus]. His game continued to grow. His ball-handling got better. He just became the guy. I didn’t expect him to become the type of scorer he became.”

Eirhart helped lead the Indians to a 13-5 record while averaging 19.5 points per game on 44 percent shooting and 35 percent from three.

With there being no state playoffs, it might’ve seemed like there was nothing to play for this season. But there was still the chance to win a conference tournament, as well as stride to reach 1,000 points for players that were close after their junior season.

“He got the chance to showcase the skills he’d been working on; finishing, being more athletic and being stronger,” Niebrugge said. “It would’ve been a what-if story if we didn’t get to play, but he proved all of the doubters wrong, even in the shortened season.

“He had to average close to 20 per game. Us being 13-5 in the shortened season was a testament to him being a senior leader from what we lost from last year.”

Following the team’s loss to Dieterich at home, Eirhart could be seen putting up jumpers following the game with just the janitors and media personnel remaining. Niebrugge explains the type of character and imprint Eirhart left on the program.

“Kaden eats, sleeps and dreams basketball,” Niebrugge said. “He’s always in the gym. On a Sunday night, he’ll come and grab my key. Saturday’s he grabs a basketball and goes to the gym. That lasting impression of the boys seeing what it takes and that hard work and those aspects are what we want to portray.”

St. Anthony’s Logan Antrim came in second in the voting. He suffered an ankle injury in the team’s win over Dieterich but was able to return to action against Teutopolis.

While the Bulldogs weren’t able to come away with the win, Antrim made several timely plays, including a late 3-pointer. They went on to finish with a perfect record on conference play before winning the NTC Shootout.

Neoga’s Paci McClure also made the first team. A lot was put on the sophomore’s shoulders after Trevor Roy graduated, leading defenses to focus on him, but still proved to be an effective scorer and a threat for years to come.