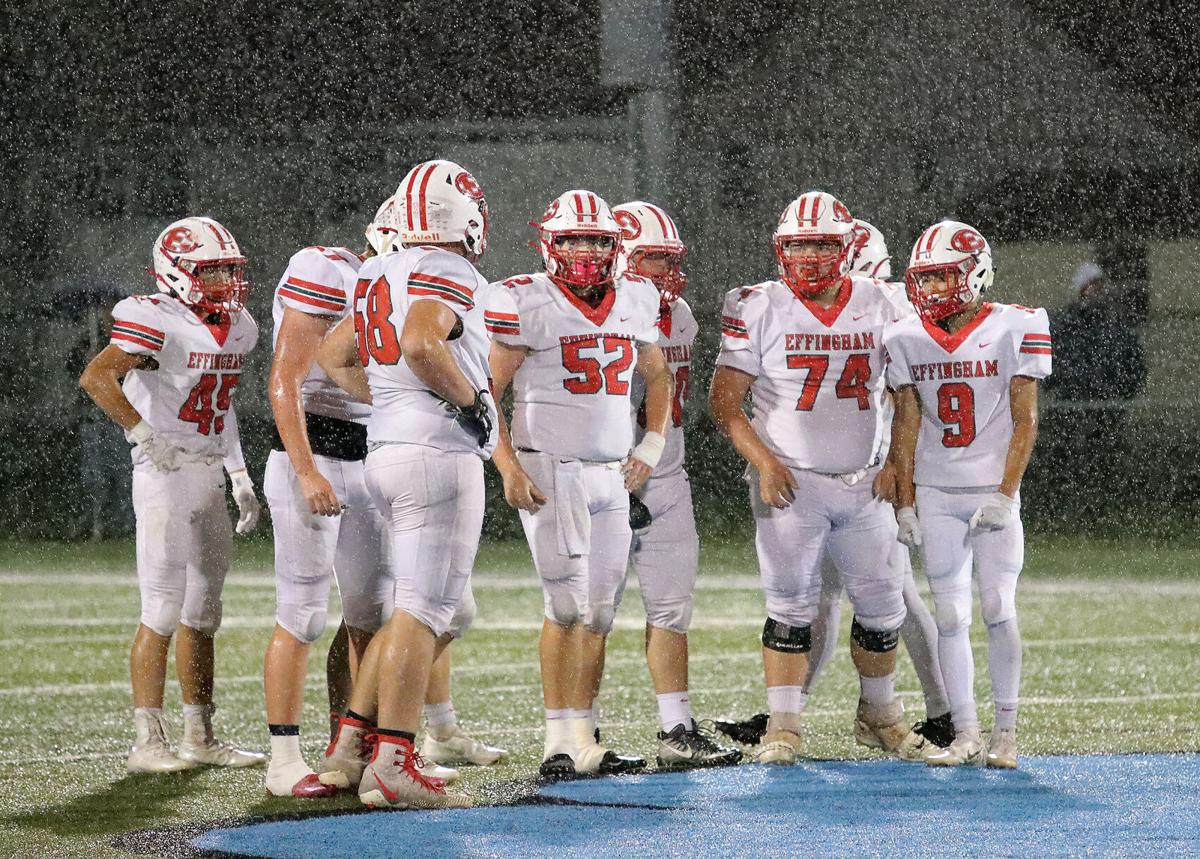 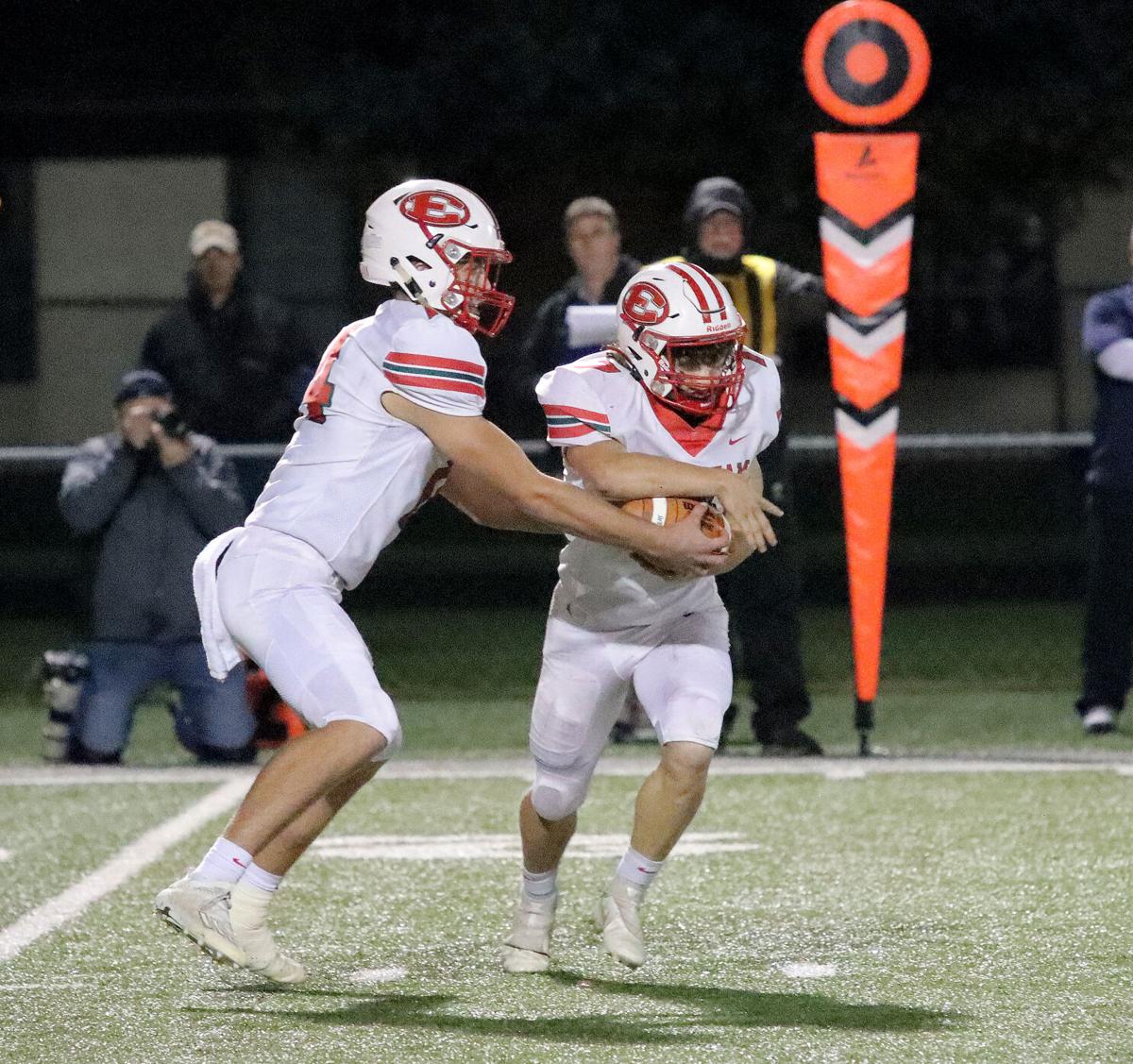 From start to finish, Effingham could never get in a groove against state-ranked Breese Mater Dei on Friday night.

The No. 2-ranked team in Class 2A never trailed against the Hearts in their 41-13 win. The loss snapped a three-game winning streak for Effingham (4-4), while the Knights moved to a perfect 7-0.

Nothing ever seemed too strenuous for Breese throughout the night, and it showed early.

After Breese sacked junior quarterback Tanner Pontious at the goal line, the Hearts had to punt from the end zone, resulting in the Knights recovering the ball at their 21-yard line.

From there, Breese only needed two plays to score after senior quarterback Bryce Revermann tossed the ball to senior playmaker Cameron Haag, on a jet sweep, for a 20-yard touchdown.

The ensuing extra point from sophomore Markus Kerher then split the uprights to make it 7-0 with 8:03 remaining in the first.

However, the Hearts did respond.

After back-to-back drives from Effingham and Breese led to zero points on the board, the Hearts took advantage the next time they had possession.

Effingham used a 14-play drive to tie the game with 10:12 left in the second quarter, as the Hearts charged down the field — thanks to 10 rushes from junior John Westendorf — leading to Pontious finding receiver Evan Waymouth, who slipped past his defender, for the score.

Just like that, the Hearts were in business, even though it was only brief.

On Breese’s next drive, the Knights nearly duplicated Effingham’s drive, as they also chewed some clock with an 11-play drive that ended with the second touchdown from Haag. Haag finished his night with five scores and eight receptions for 100 yards.

The Knights added two more scores in the half; one from Haag and one from senior Jayce Napovanice. Napovanice finished with 17 carries for 103 yards and the lone score.

Carrying a 28-7 lead into the break, Breese looked the part, and once the second half started, it was the same story.

The only difference was the weather changing. The skies were seemingly clear throughout the first half, with only a few light showers, here and there.

However, once the second half began, a downpour ensued, paying a toll on both teams. The Knights did end up scoring twice in the third to increase its lead to 41-7, with a pair of Effingham turnovers playing in hand in both touchdowns.

Not only did Haag have an impact on the offensive side of the football, but the defensive side, too.

Receiving the ball to start the second half, the Hearts needed to get off to a good start to try and claw back into the game.

That would not be the case, though. After an Effingham penalty pushed the Hearts back five yards, Haag intercepted a Pontious pass, returning it to the 39-yard line, before scoring two plays later on an 18-yard pass from senior Bryce Revermann to make it 35-7.

Then, toward the end of the quarter, Effingham coughed the ball up, fumbling it at the Breese 30-yard line to give the Knights excellent field position, yet again.

Another turnover. Another chance for Breese to tack on extra points, and they did just that, as Revermann found Haag once more, this time from 17 yards out, to equal the 41-7 score after three quarters. Revermann finished with 162 yards passing on 14-of-22 and five touchdowns to one interception.

Effingham ended its night by scoring in the fourth quarter after Westendorf muscled his way into the endzone from the goal line to equal the 41-13 final.

The Hearts close out the regular season by hosting Highland for Senior Night at Klosterman Field next Friday.