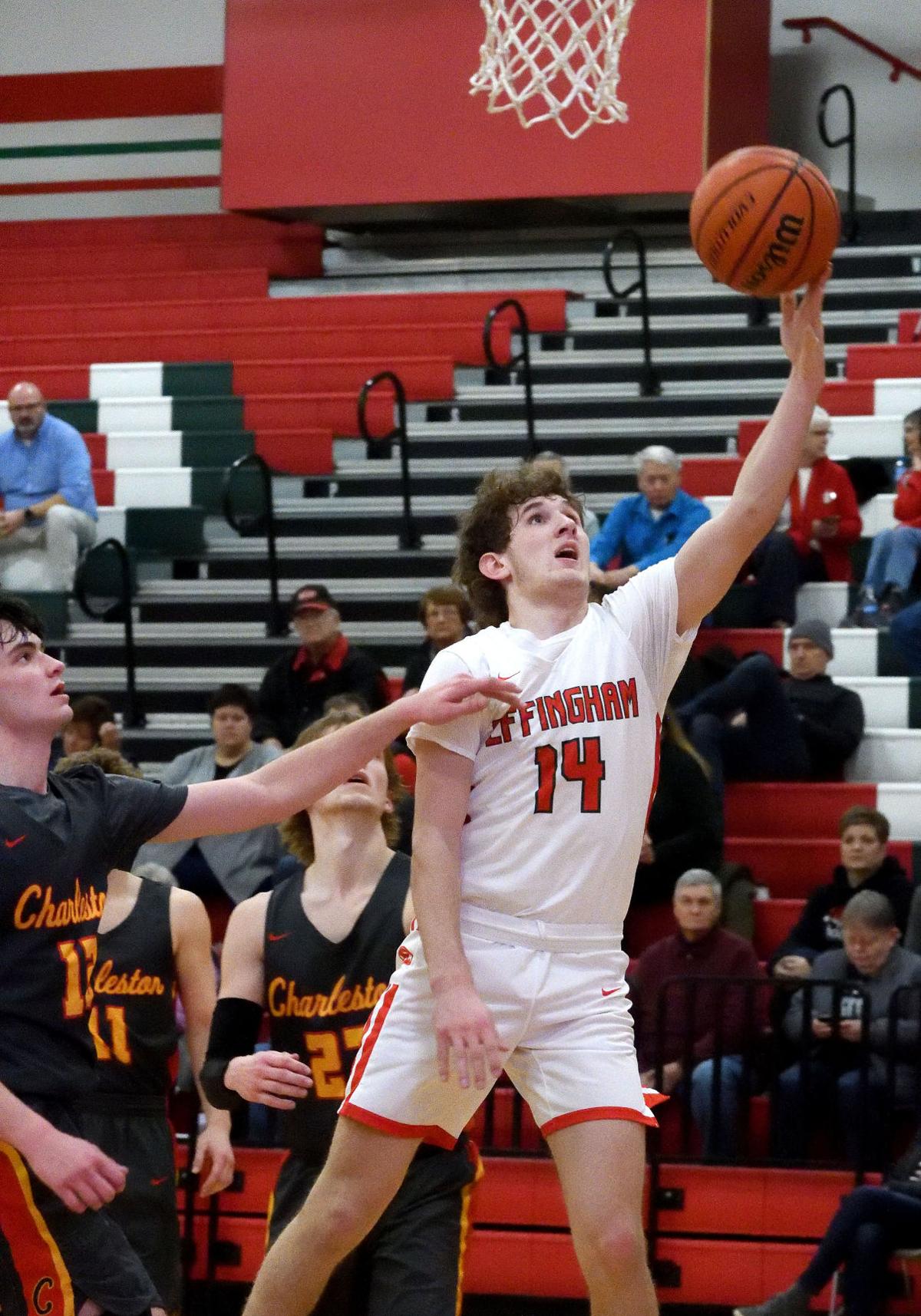 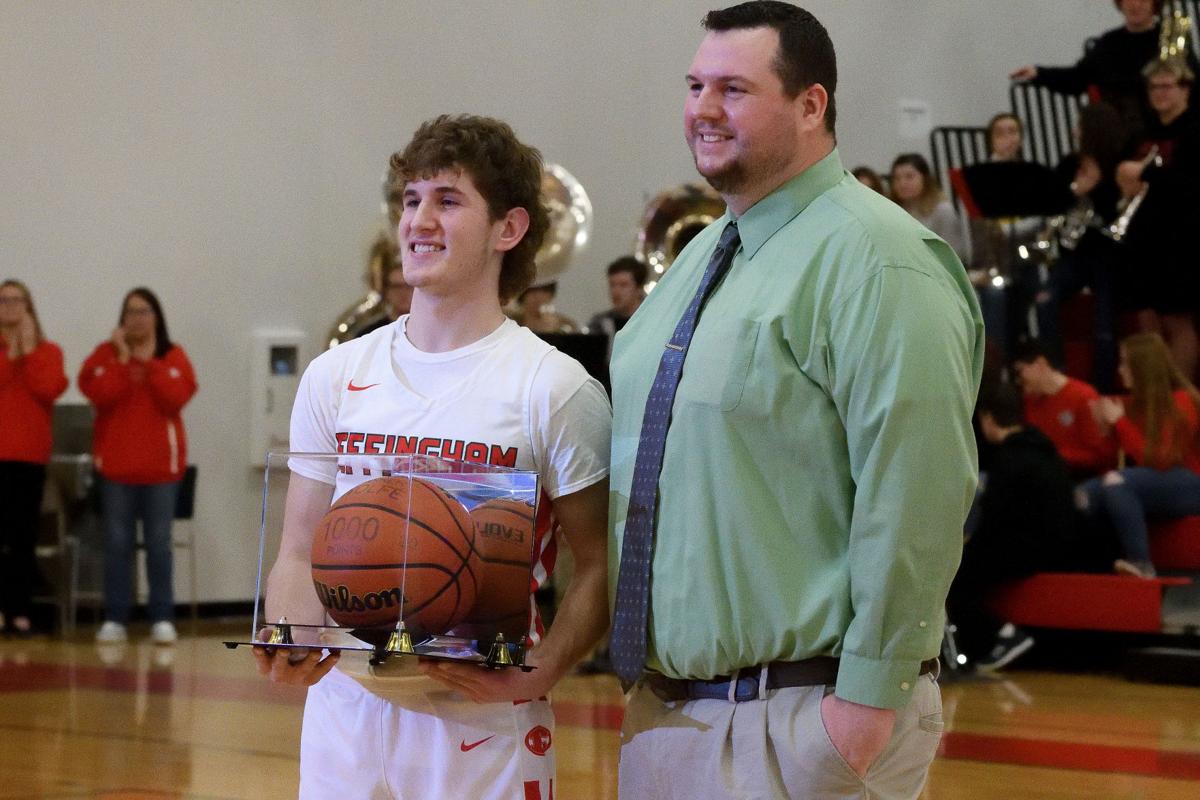 The Effingham Flaming Hearts dominated the Charleston Trojans Tuesday, defeating them 93-38 in an Apollo Conference matchup.

Prior to the start of the game, Effingham’s Parker Wolfe was celebrated and honored for scoring his 1,000th career point in a 41-point performance at Mahomet-Seymour on Saturday.

“It means a lot,” said Wolfe. “It’s a big accomplishment. It means a lot to me that all of the hard work I’ve put in is starting to pay off. Both of my older brothers (Grant and Landon) scored 1,000 points in their junior year. My oldest brother [Grant] is the all-time leading scorer and I think that’s what I’m going for.”

“It’s always special,” said head coach Obie Farmer. “That’s a pretty big milestone for a kid’s high school career. He’s earned it. With the way he plays and the capacity that he can score, it’s no surprise he got it in his junior year and I expect even more things to come his senior year.”

Wolfe came out of the gates scorching, scoring 14 points in the first quarter, including a 3-pointer from half court with .8 seconds to get the shot off.

“Usually he’s a really high efficiency shooter,” Farmer said. “He’s got the ability to put it in from anywhere, and you saw that. You’ve got to guard him as soon as he comes across half court. He’s one of the best guards I’ve ever coached.”

While Wolfe scored added 11 in the second quarter, Nate Thompson came alive, scoring 15 points in the quarter, including a pair of 3-pointers and a putback with a foul to help his team to a 30-point second quarter and a 54-15 halftime lead. Thompson went on to finish with 24 points.

“Nate is an absolute killer,” Farmer said. “He rebounds hard, blocks shots, boxes out, plays defense and scores. He does everything we need him to do. He makes the game easier for our guards. Even if we miss, he’s going after those rebounds.”

Charleston’s Cade Landrus drained his first three 3-pointers of the second half, but Drew Thompson responded, connecting on four made 3-pointers in the quarter after draining two in the first. He also had an old-fashioned 3-point play to increase the Hearts lead at the time to 56 at 79-23.

With the game well in-hand at 86-30 headed to the fourth quarter, the Flaming Hearts were able to get some guys deeper down the bench some playing time. The gym erupted when Effingham’s Chase Woomer drilled a 3-pointer in the closing minutes.