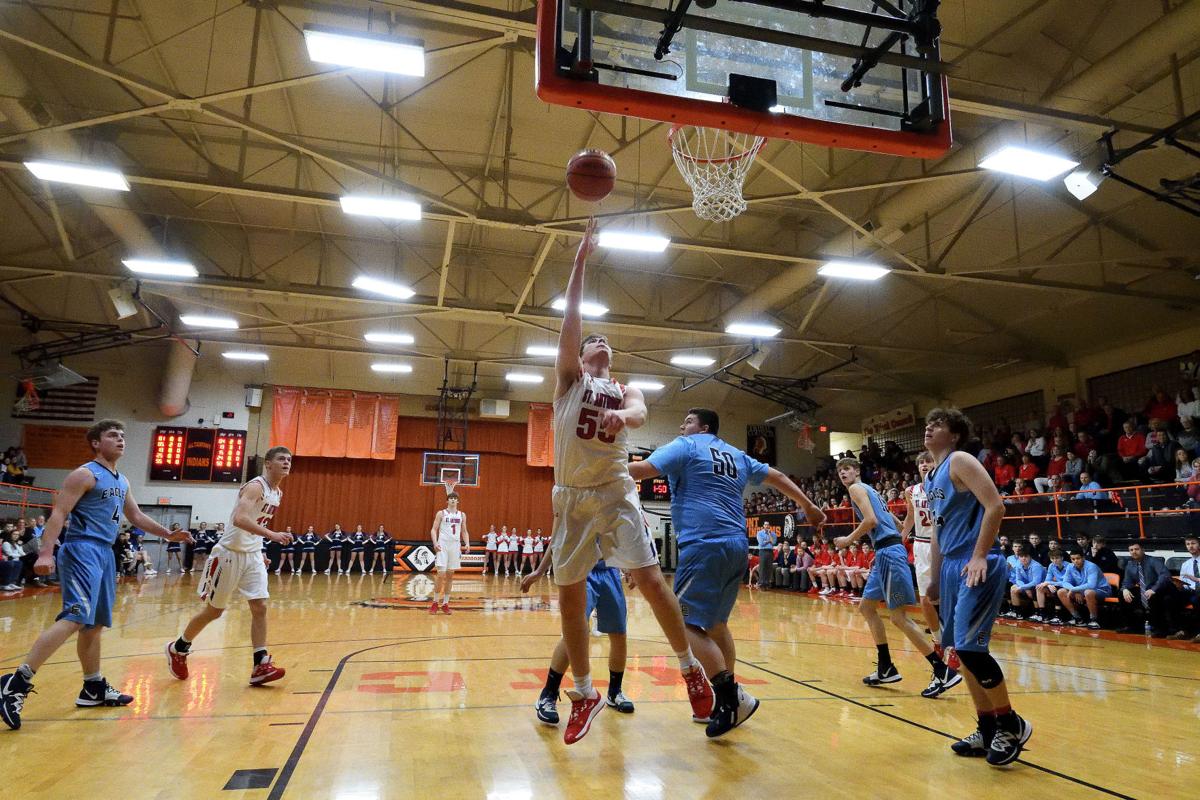 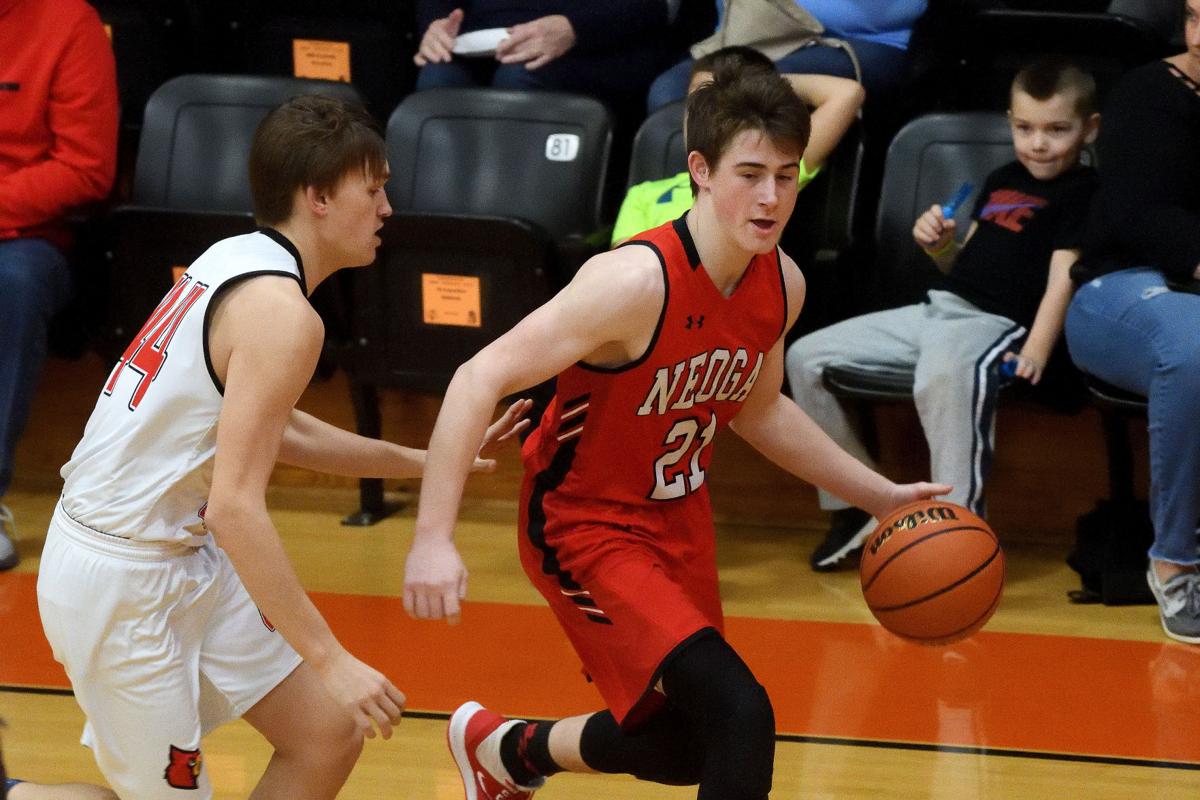 The event was made even more special because he did it on his mother Donna’s birthday.

“I usually don’t get too nervous before games,” said Dust. “Before this I knew it was pretty special with it being my mom’s birthday and everything. Just being able to be with the guys everyday and put in the work and my teammates helping me as much as they do, I couldn’t do it without them.

“It’s always been in the back of my mind. It’s something you dream of as a kid even. Ever since freshman year when I started to have success and play on varsity, I knew there was always a chance. But I just played one game at a time.”

“He went out there on a mission and played his normal game,” said St. Anthony head coach Cody Rincker. “What better way to get it than with his patented offensive rebound putback? That’s something he gets a lot of with his size and ability to move.

“It’s definitely well-deserved. He’s worked his tail off, especially in the offseason to come back in better shape and toner and I think that’s really improved his game around the hoop.”

The Eagles actually held a 5-4 lead early on in this one, but the defensive pressure from the Bulldogs forced steals and turnovers to help fuel a 21-5 run.

In the second half, the Bulldogs continued to create distance, led by Dust, scoring eight in the third. Dust led all scorers with 25 points and 15 rebounds for a double-double performance.

Both Kaden Fearday and Jack Hoene were involved defensively in the passing lanes, with Hone forcing four steals and Fearday forcing two.

“Kaden is kind of our x-factor offensively,” Rincker said. “Whenever he scores points offensively we usually win, especially big and important games, so it was nice to see him step up.”

“We didn’t take care of the ball like we had been, but that’s due to their pressure,” said Eagles head coach Greg Feezel. “Dust is a good ball player. We had some shots that didn’t fall. We turned the ball over and didn’t shoot very well.”

The second game of the night featured the No. 4 seed North Clay falling to No. 5 Neoga on three clutch free throws from Paci McClure to put the Indians ahead with 4.2 second remaining for the 44-43 win.

“Paci is a gamer,” said Neoga head coach Andrew Snow. “He stepped up to that line and nobody on our bench was sweating, because you know he’s going to step up and make those. He doesn’t think twice about it. He’s tough mentally. That’s the guy we want at the line in those pressure situations.”

“We wanted to continue what we did all game and that was guard the perimeter and pack it in,” said North Clay head coach Josh Zink. “But you’ve got to make plays at the end to win games. the foul call 35 feet from the basket is a tough one to swallow. But you’ve got to hand it to [McClure], he made all three free throws.”

The two teams defenses were on full display in the third quarter, with Neoga scoring three points and the Cardinals scoring zero.

The Indians led 41-36 after a pair of free throws from McClure, but North Clay’s Ethan Bible connected on a layup to cut the Neoga lead to three.

On the ensuing possession for Neoga, the ball-handler had a man open with nobody ahead of him going down the floor, but the pass had just a bit too much on it, going out of bounds and giving the Cardinals the ball back with a chance to tie.

Luke Fleener went on to hit a layup after using a pump fake to give himself space and laid it in with a foul and converted at the line to tie the game at 41 with 45 seconds left.

After Neoga failed to take the lead, North Clay’s Tyson Jones took it to the basket and drew the foul, giving himself two chances to give his team the lead. He hit both, giving his team a 43-41 lead with 25 seconds remaining.

After Snow called a timeout with 20.1 seconds remaining, the Indians found McClure after a back screen to the weak side of the zone for a 3-pointer. He didn’t hit the shot, but drilled all three free throws.

The Cardinals weren’t able to get a shot off with 4.5 seconds remaining having to go the length of the court, giving the Indians the win.

For the Cardinals, Fleener led the Cardinals with 19 points. Ian Bailey scored 10 while Ethan Bible and Tyson Jones each scored six.

The Teutopolis Lady Shoes defeated the Altamont Lady Indians Tuesday night thanks to an 18-point outing from Olivia Niemerg while also leading the team with seven rebounds.

St. Anthony senior center Jaccob Dust eclipsed the 1,000 career point mark Tuesday in a 57-28 win over the Eagles of St. Elmo/Brownstown at th…