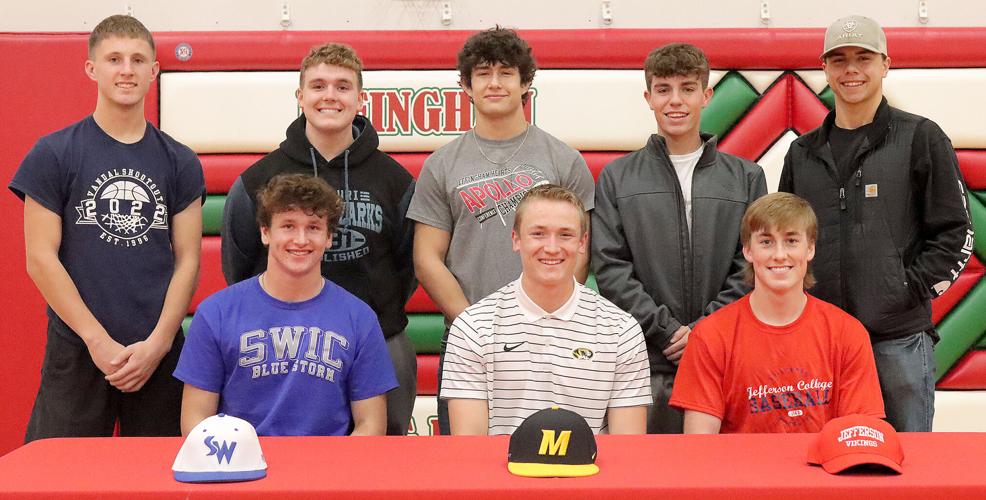 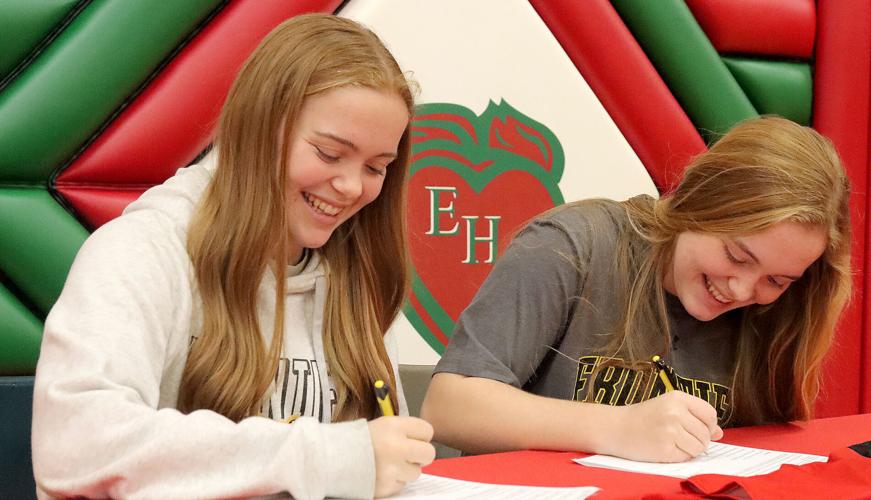 Several area athletes have signed their National Letters of Intent to continue their athletic careers in college.

Below is more information on where each athlete is going.

Josh McDevitt is heading to Columbia, Missouri, to continue his baseball career, doing so as a Missouri Tiger.

"It's a testament to my hard work," said McDevitt on going to a Division-I level program. "I'm thankful for the opportunity and am excited to move to the next level. Mizzou is a great place for me."

The hard-throwing right-hander for the Flaming Hearts finished this past season with a 2.04 earned run average in 51 1/3 innings. He had a 6-4 record with 83 strikeouts and 23 walks while giving up 28 hits and 15 earned runs.

What those numbers also indicated, however, was another year of growth and maturity in head coach Curran McNeely's system.

"People forget he was a sophomore, a 15-year-old kid trying to play varsity baseball against 18-year-old men," McNeely said. "Last year was his first full year of experience. For him not to have any of that development at the JV level as some kids do, his junior year was like his junior varsity season, and he handled it well."

Left-handers Jack Harper and Quest Hull provide a different dynamic in the Effingham lineup that most rarely see: bats from the opposite side of the plate that serve for average and power.

"It's nice because they're pretty close in the lineup, and how often do you have two left-handed guys that can swing it not only for average but for power?" McNeely said. "It took a little bit last year for us to figure out where to put Quest. He was in the leadoff role, and we slid him down to the bottom to try and get him some more fastball looks, and we ended up putting him in that five-hole, where he was successful."

That success ultimately helped not only Hull but Harper earn a spot on the Effingham Daily News All-Area First Team and Second Team, too. Harper was an EDN First Teamer; Hull was an EDN Second Teamer.

Their baseball careers won't end after high school, either.

Both will continue their careers collegiately.

"The coaching staff is great," said Harper of SWIC. "They have a good chance to do something in the next couple of years. They have some great assets, people I know, and people with some good things to say about them."

"It felt like home," said Hull of Jefferson College. "I liked the coaches and everything; they will help get me where I want to go. They have a lot of guys that know what to do; they have one that's been around the game for a while, so I'm looking forward to learning from him."

Riley and Abby Cunningham have been playing softball together their whole lives.

The Effingham twins will continue to do so, as well, inking their National Letters of Intent to Frontier Community College in Fairfield, Illinois.

"We already know each other, so getting to know the team will be easy," Abby said. "We're comfortable with each other, which will help other people be willing to get to know us."

"I like it because, in the beginning, we don't have to worry about making new friends," Riley added. "We're throwing partners, and it's always nice to have somebody to lean back on."

Those numbers helped earn Abby a spot on the Apollo Conference All-Conference Second Team and the Effingham Daily News All-Area Second Team, too.

Aside from the numbers, though, what Frontier head coach Jeremy Ellis liked the most about the twins was simple.

"Their athletic ability; their ability to play softball," Ellis said. "They are both very knowledgable, so those are the biggest attributes we've noticed."

Assistant coach Marty Slover added, "I like how they handle themselves on the field and conduct themselves. Anytime I'm watching a kid, I'll watch them when things are not going good, and if they hit a ball or make an out, I watch their body language and stuff like that, and I always got a good feel for them. They're always smiling, playing hard, and having fun on the field.

"They check all the boxes."