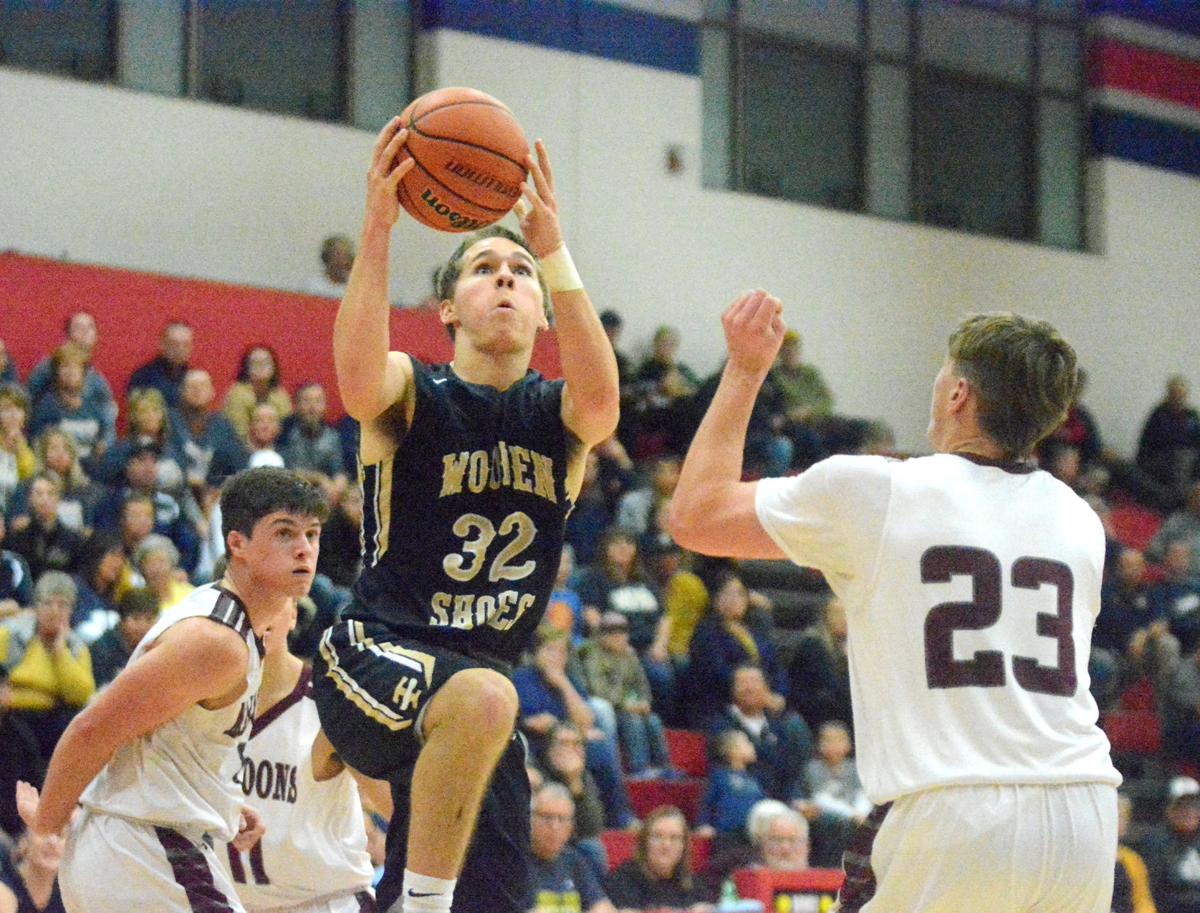 Teutopolis’ Luke Ungrund (32) drives for a layup against Robinson’s Brayden Childress (23) in the team’s 62-54 win over the Maroons Monday at the St. Anthony Thanksgiving Tournament. 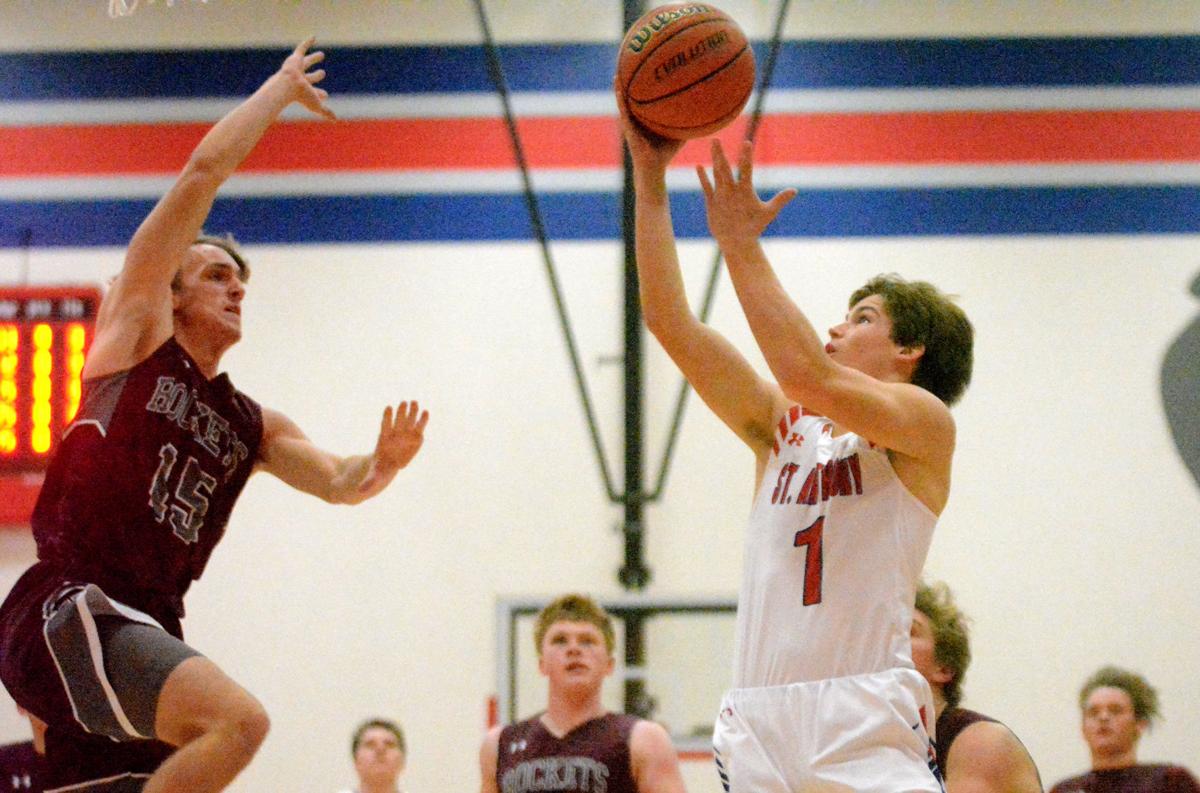 Teutopolis’ Luke Ungrund (32) drives for a layup against Robinson’s Brayden Childress (23) in the team’s 62-54 win over the Maroons Monday at the St. Anthony Thanksgiving Tournament.

Teutopolis overcame a five-point halftime deficit to defeat the Robinson Maroons 62-54. Jordan Hardiek provided valuable scoring, pouring in 11 in the first half and hit a three in the third and fourth quarters to give him 17 for the game to lead the Wooden Shoes.

“We had some good moments and some bad moments,” said Teutopolis head coach Chester Reeder. “We definitely have some work to do defensively. But I was proud of them. Things were ugly at times and we kept battling.

“I told them ‘We don’t want to play our best game on Nov. 25 anyway. But we had an opportunity to really bury a team and we didn’t. I think that shows our youth and inexperience. Our defensive intensity was so much better in the second half.”

Brock Deters and Matthew Deters each scored 10, with six of Matthew Deters’ points coming in the third quarter that helped the Wooden Shoes jump out to a 47-38 lead at the end of three.

“What’s cool about these kids, is that they will come tomorrow and they will do everything they can to fix the mistakes they made tonight,” said Reeder.

In the second game, St. Anthony defeated Tolono Unity 63-34 after scoring the game’s first 15 points thanks to a suffocating 1-2-2 press.

“I liked the way we were able to get after it defensively,” said Bulldogs head coach Cody Rincker. “Especially with that first unit. For the second unit, it’s a lot of those guys’ first varsity action and meaningful minutes.

“As the week goes on, you’re going to see a little more comfort out there and a little better performance from them.”

Aaron Webb scored the game’s first six points himself, with Jack Hoene and Logan Antrim getting in the mix on the break as well.

The Wooden Shoes return to action Tuesday at 8 p.m. to take on Breese Central, while St. Anthony will take on Highland at 8 p.m. Wednesday.

In the Bob Kerans Tournament at Newton, the Altamont Lady Indians defeated the Effingham Lady Hearts 63-46.

The Lady Indians were led by Allyson Hardiek with 19 points, Brooke Runge with with 15 points including four three-pointers, while Mary Guse scored 13.

The Newton Lady Eagles defeated Vandalia in the second game of the Bob Kerans Tournament, 56-38. Brook Jansen led all scorers with 22.

Laney Webster led the Lady Cougars with 20 points, while Kayli Swift had 17. Halle Smith had 11 and Kelsey Landreth had 10.

Up next, the Lady Cougars take on Brownstown St. Elmo Monday December 2.

The North Clay Lady Cardinals were defeated by Christ Our Rock Lutheran Monday 54-43.