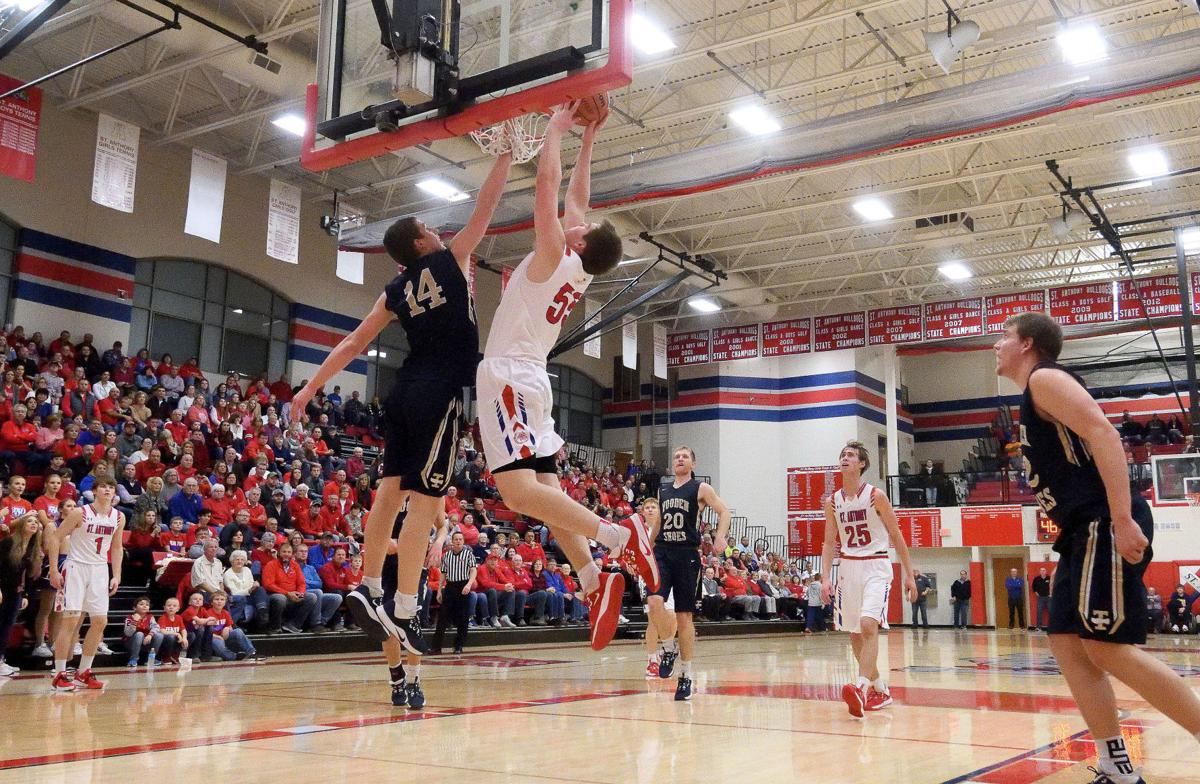 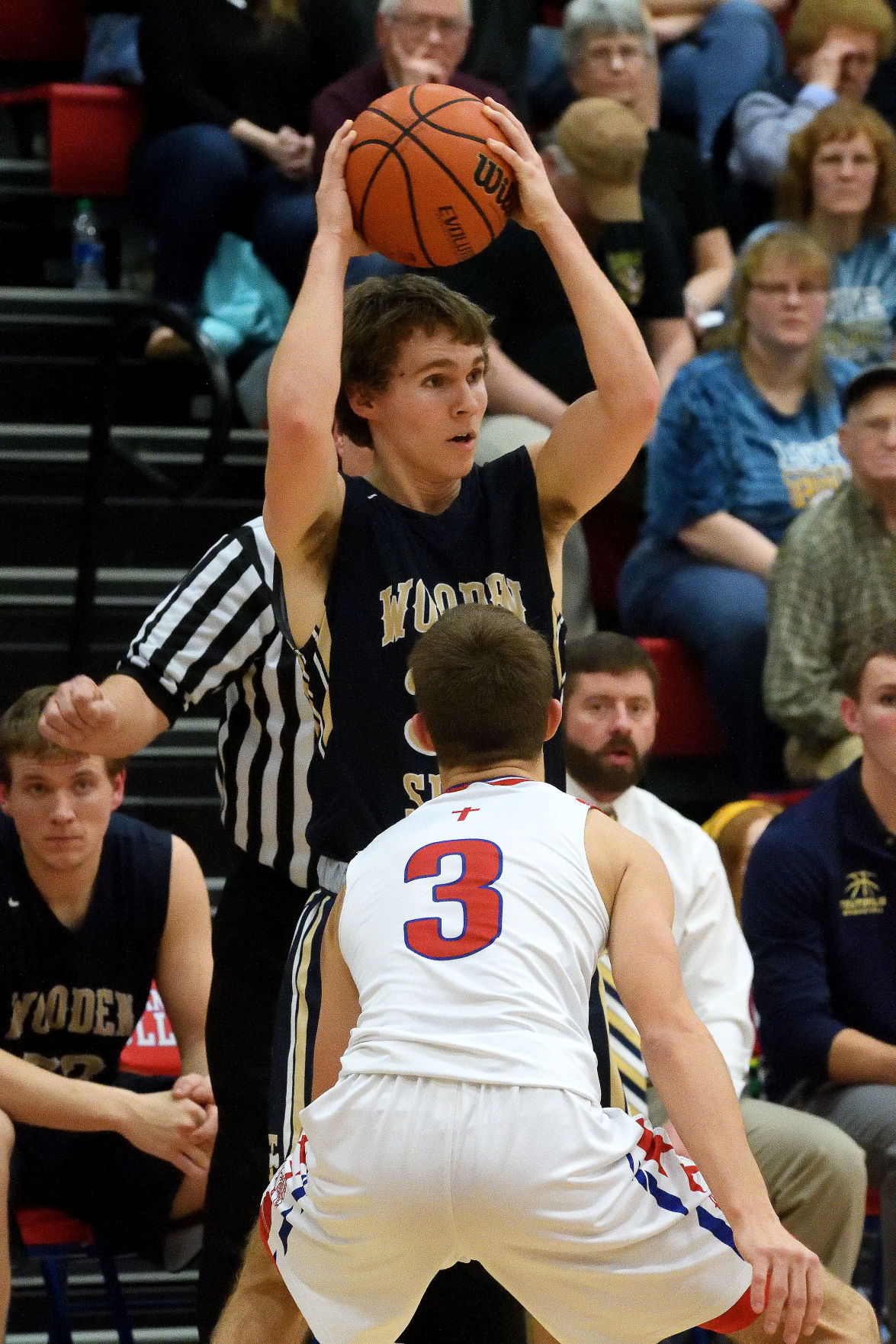 Jaccob Dust got things started with a layup following an offensive rebound for the game’s first points, followed by made 3-pointers from Aaron Webb and Kaden Fearday, respectively.

After Jack Hoene took a charge on the defensive end, Dust and Fearday each converted on layup attempts to go up 14-0.

Matthew Deters for Teutopolis got the Wooden Shoes on the board with a layup with just over a minute remaining in the quarter. Jack Hoene drilled a 3-pointer in the closing seconds of the quarter to give the Bulldogs a 17-2 lead heading to the second.

“I’ve got to do a better job of getting us to start ballgames better,” said Teutopolis head coach Chet Reeder. “I’ve got to figure something out. We’ve got great kids. It wasn’t just tonight, it’s been a year-long thing for us and that’s on me.

“I’m sure Cody is saying the same thing I’m saying; Kaden Fearday and Jack Hoene need to play that way all the time. With the way Kaden is playing right now, they’re going to be a tough team to beat.”

Hoene scored the first seven points of the second quarter via 3-pointer, two made free throws and a layup in transition following a steal from Logan Antrim.

“Hoene was calm and collected tonight,” Rincker said. “I thought we did a great job tonight, especially Jack, staying aggressive to the hoop and communicating on defense. I love the leadership they showed when Jaccob had to sit.”

Fearday converted on a layup, followed by a putback from Dust and a spinning lay in from Antrim to give the Bulldogs their biggest lead of the day at 29-5.

Evan Wermert hit on a jumper and made one of two free throws, followed by a layup from Deters and two made 3-pointers from Luke Ungrund to get the deficit under 20 at 30-13, but Hoene hit back-to-back layups toward the end of the half to give the Bulldogs a 34-13 halftime lead.

The Wooden Shoes came out and scored seven of the quarter’s first nine points off a layup from Mitch Hardiek to open it up followed by a 3-pointer from Jordan Hardiek and an old-fashioned 3-point play from Luke Ungrund to the deficit to 15.

“When you’re down that big, you need to convert on everything,” Reeder said. “We just ran out of time. If there had been one more quarter, we might have had a chance.”

The Wooden Shoes were able to cut the deficit to 13 with just under five minutes remaining after a layup and 3-pointer from Evan Wermert, but just weren’t able to get any closer, with Fearday and Dust each drilling a pair of free throws, followed by a layup from Webb increased the Bulldogs lead back to 19.

The Wooden Shoes were able to cut the Bulldogs lead to 14 late in the fourth quarter, but couldn’t get any closer.