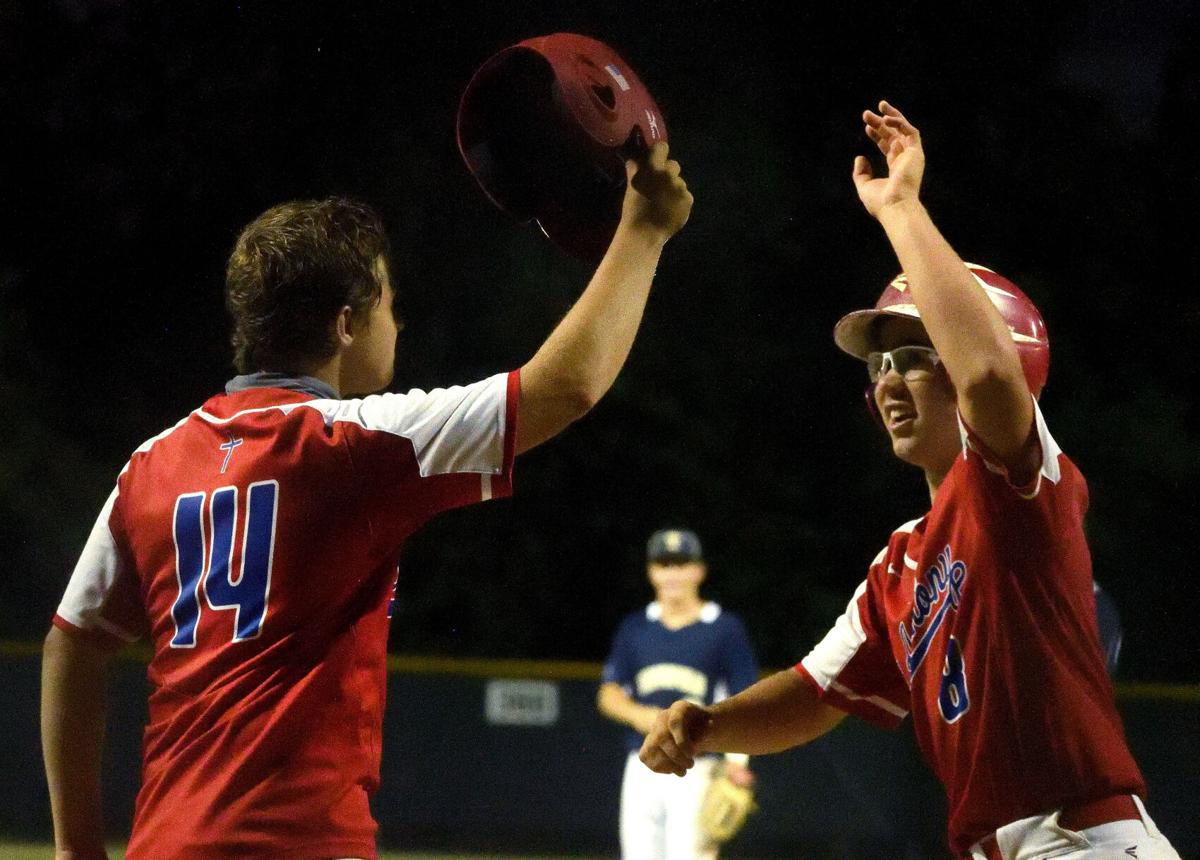 St. Anthony’s Colton Fearday (right) high-fives teammate Eli Levitt after tying the game on a 2-run home run in the bottom of the third Wednesday evening at Paul Smith Field in the team’s 12-11 comeback win. 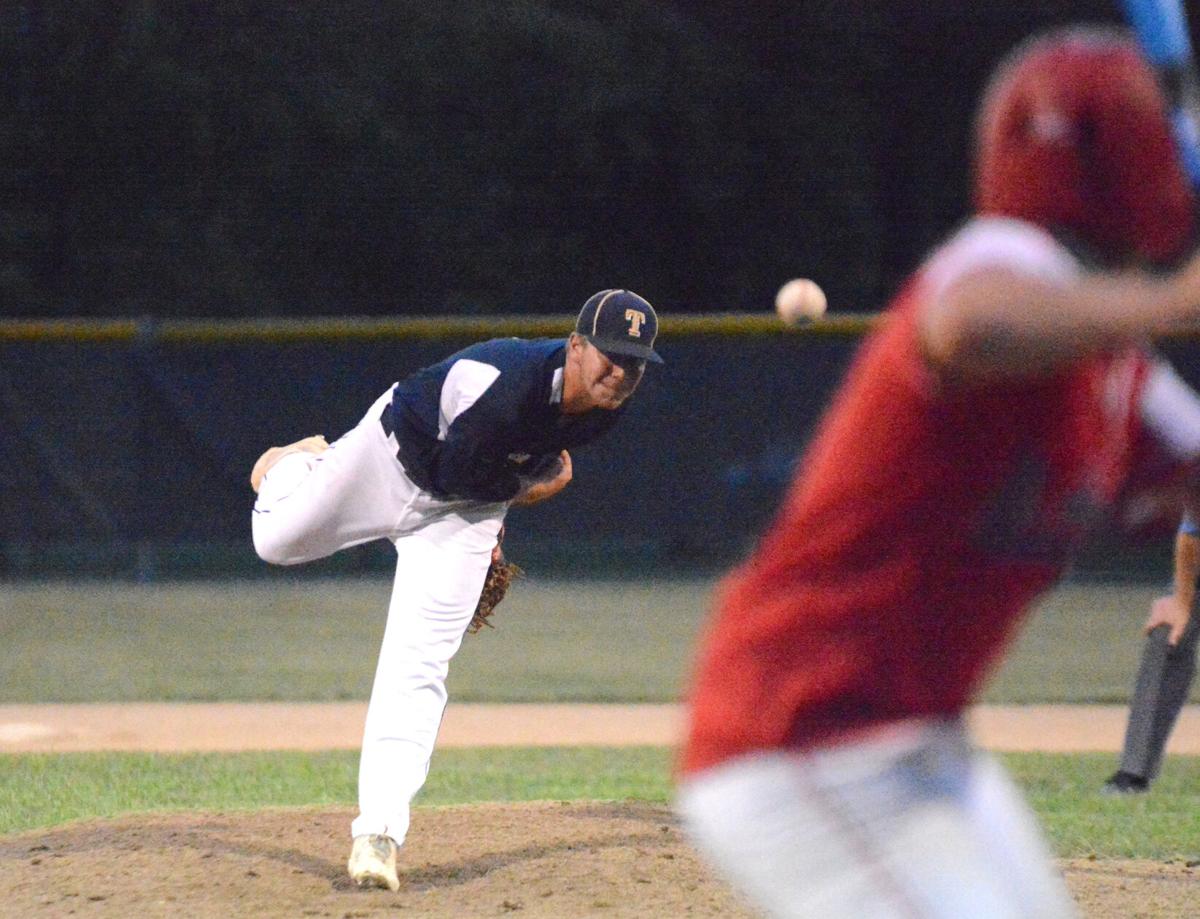 St. Anthony’s Colton Fearday (right) high-fives teammate Eli Levitt after tying the game on a 2-run home run in the bottom of the third Wednesday evening at Paul Smith Field in the team’s 12-11 comeback win.

The Wooden Shoes went up 5-0 after 2 1/2 innings of play, scoring two in the first and three in the second before the Bulldogs plated five in the third to tie the game, highlighted by 2-run home run from Colton Fearday that tied the game at five on his first career shot.

“It was electric, that’s for sure,” said St. Anthony head coach Tony Kreke. “These guys have been cooped up for the past five or six months and being out here on the baseball field; they just love it.

But the Wooden Shoes kept scoring, breaking the tie by scoring two in the fourth and two in the fifth to take 9-5 lead after 4 1/2 innings.

“We’re going to have to gain that confidence that when we score runs, keep our foot on the pedal and keep going, and I think the guys in the dugout felt like ‘it’s not enough,’” said Teutopolis head coach Justin Fleener. “Game two of the year. My hat is off to St. Anthony for coming back and battling and it’s a nice win for them.”

But in the bottom of the fifth the Bulldogs were able to take advantage of a pair of Teutopolis errors to cut it to a 1-run game at 9-8.

“We had some miscues that you can’t do in baseball against good teams,” Fleener said. “We’re going to try and remedy those errors, bounce back and get better.

Teutopolis was able to add some insurance runs to the lead, plating a pair in the top of the sixth to make it a 11-8 game headed to the bottom of the sixth.

Kennan Walsh got the bottom of the sixth started with a walk and was able to get to third on a pair of wild pitches before Logan Antrim drew a walk.

A groundout from Brody Niebrugge drove in Walsh and a single from Will Hoene drove in drove in Antrim to make it a 1-run game.

After a groundout by Fearday moved Hoene up to second, Eli Levitt drew a 2-out walk, followed by Angelo Mendella take a pitch off the back to load the bases.

Kyle Stewart tied the game on a line drive to right field to tie the game and Levitt came in to take the lead on a wild pitch to take a 12-11 lead.

“I’m proud we kept fighting,” Kreke said. “It just goes to show; no matter who we’re playing or how much we may be down, we’re never out of the fight.

“I told these guys ‘it doesn’t matter when your time is called, you’ve got to be ready to execute and go out there and play.’ I’m proud of them for sticking through that, listening and being coachable.”

For just the second inning all game, the Wooden Shoes were unable to plate a run to tie, falling to 1-1 on the year while the Bulldogs improve to 2-0.

For the Bulldogs, Eli Levitt earned the win, tossing two innings while allowing one run on two hits while striking out and walking one.

Blake Niebrugge led the Bulldogs with three RBIs in the contest, while Fearday and Antrim each drove in two. Will Hoene, Angelo Mendella and Kyle Stewart each drove in one.

For the Wooden Shoes, Sam Bushur had quite the evening at the plate, driving in a game-high five RBIs on three hits, including a double. Max Niebrugge drove in two on a pair of hits out of the No. 9 spot in the order. Dylan Pruemer and Evan Addis each drove in one.