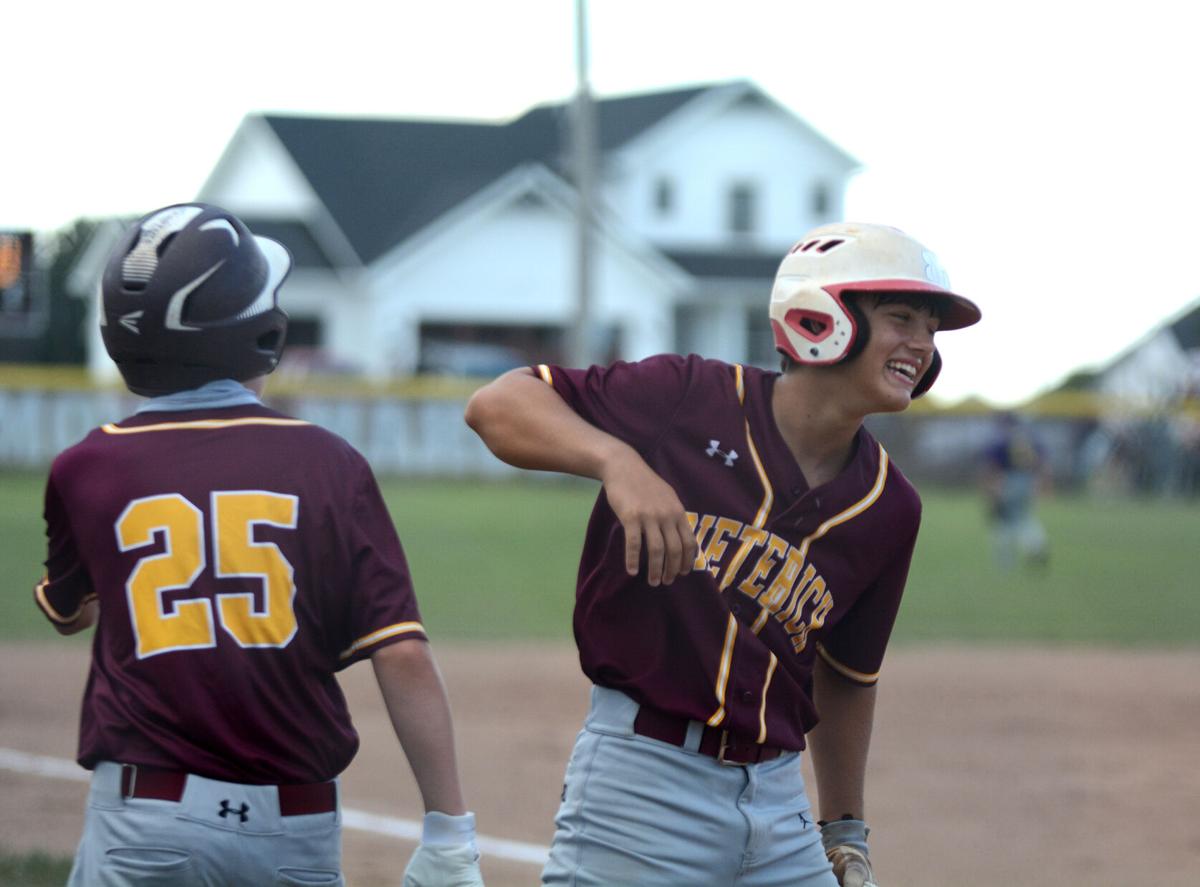 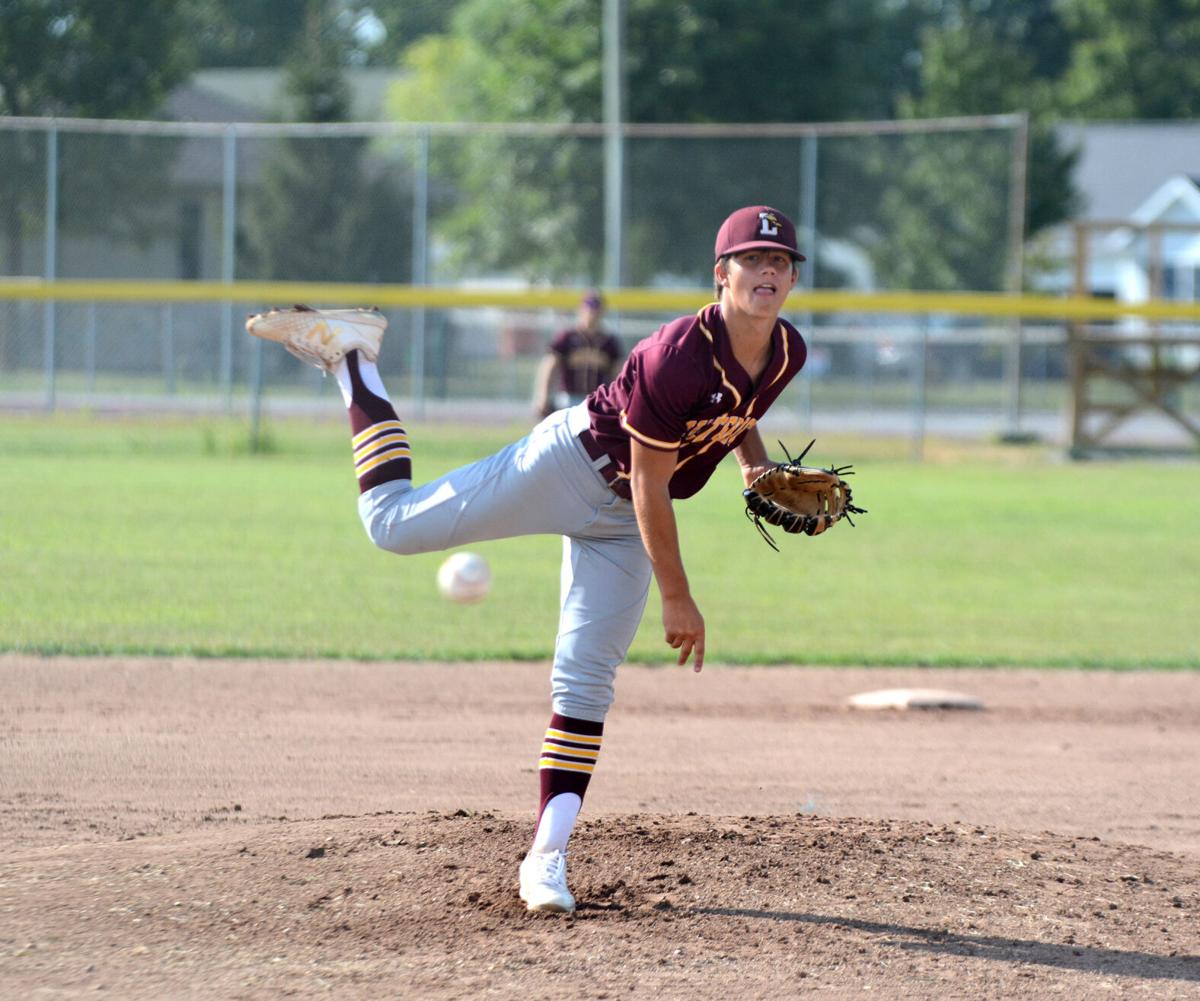 The Movin’ Maroons of Dieterich High School used a 3-RBI night from Austin Ruholl at the plate, as well as a 10-strikeout night from Pete Britton on the mound to help defeat the Bombers of Brownstown/St. Elmo 8-3 Friday.

“It was nice that in a home game, [Britton] was throwing strikes early and pounding the strike zone,” said Dieterich head coach Josh Krumwiede. “Anytime you do that you have a chance. He mixed it up a lot and you’ll be successful when you get guys off balance.

The Movin’ Maroons got a lift from perhaps an unlikely place, when Dane Curry, in the No. 9 spot in the batting order, singled on his first at-bat of the season to leadoff the inning.

However, just days ago, Curry was a team manager, but due to recent injuries to members of the Movin’ Maroons, Curry agreed to step up and do whatever he needed for the team to keep the season going.

“We’ve had some problems with injuries,” Krumwiede said. “To have the ability to have a guy that says ‘I’ll stop managing and help the team out’ and then gets a hit in his first at-bat, gets on base and scores two runs in his first two at-bats. It’s a great story and I think he was obviously excited he got that hit and could contribute to the team and really contribute to us winning the game.”

Curry came in to score the team’s first run on a single from Ruholl to give the Movin’ Maroons a 1-0 lead. An RBI groundout from Noah Dill was enough to score Will from third and a two-out single from Garrett Niebrugge scored Ruholl to take a 3-0 lead.

Wyatt Chandler was hit by a pitch to leadoff the top of the fourth for the Bombers, followed by a single from Francisco Viramontes to put two runners on with no outs.

Chandler was able to score on an error, while Viramontes was thrown out at the plate trying to score on the same error. A groundout from David Stine was enough to score pinch runner Jarrett Parsley to make it a 1-run game at 3-2.

The first two batters were down in order, but with two outs, Curry reached first on an error.

That proved to be the spark the Movin’ Maroons needed that inning, as Dalton Will followed up with a single before Ruholl drove both runners in on an RBI double to take a 5-2 lead after four.

“Ruholl had two big hits to start the game,” Krumwiede said. “He drove some runs in. Up and down the lineup we had a lot of guys get on base and you can score eight runs when you can do that.”

The Movin’ Maroons looked to add to its lead when Jack Westendorf led off the inning with a walk and advanced to second on a groundout on a bunt attempt from Seth Bushur. A double from Braden Shadle drove in Westendorf to take a 6-2 lead after five.

“Westendorf came out of the hallways to play,” Krumwiede said. “We were struggling on numbers. He wasn’t out originally. But we’ve got some guys that are stepping up, helping the team out, and making sure we have a season for the time being.

“They really stepped up for the team and the school and it goes without saying how much we appreciate them doing that.”

Dalton Myers led off the top of the sixth with a double. Wyatt Stine ran for Myers and was able to advance to third on a ground out before a single from Maxey brought Stine in to score to make it a 6-3 ballgame.

In the bottom of the sixth, the Movin’ Maroons were able to add insurance to the lead when Niebrugge doubled and drove in Britton. An RBI single from Westendorf drove in Niebrugge to make it 8-3 and help secure the win.