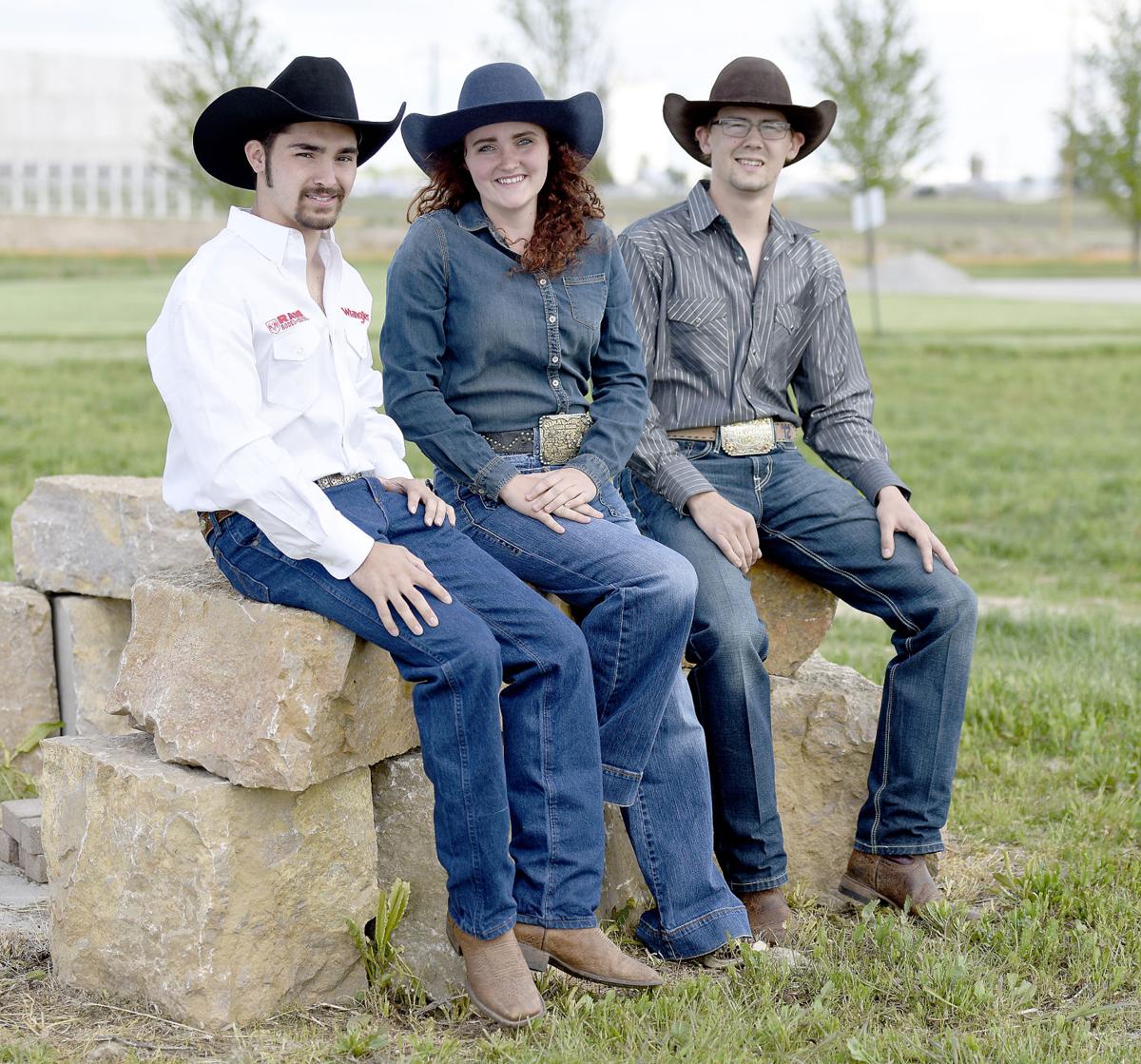 Three local college students earned their way to compete at their national college rodeo competition only to find out the national competition they were working for all year was canceled. Pictured from left, Stetson Bierman, Kelsi Haller and Trevor Zerrusen. 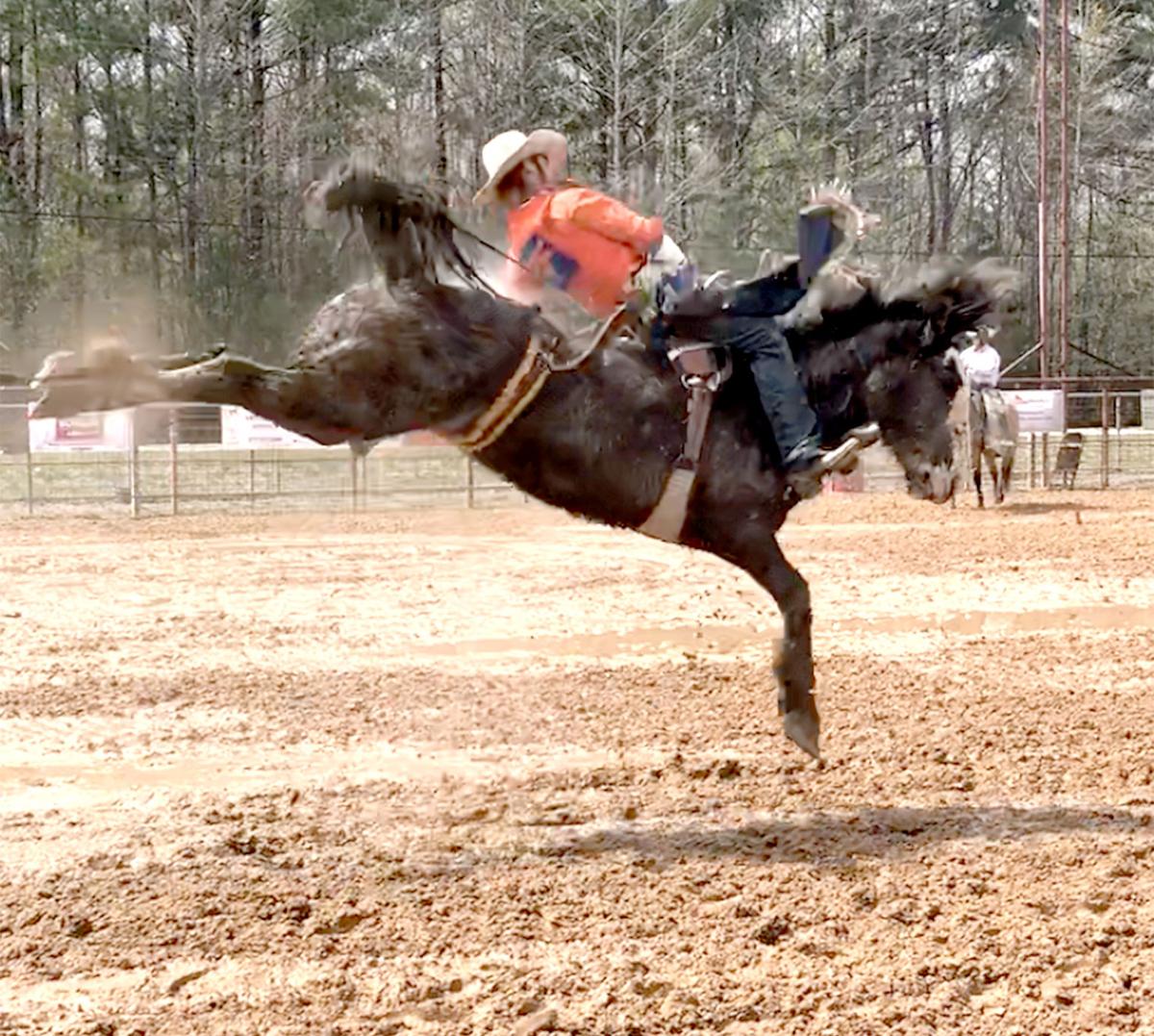 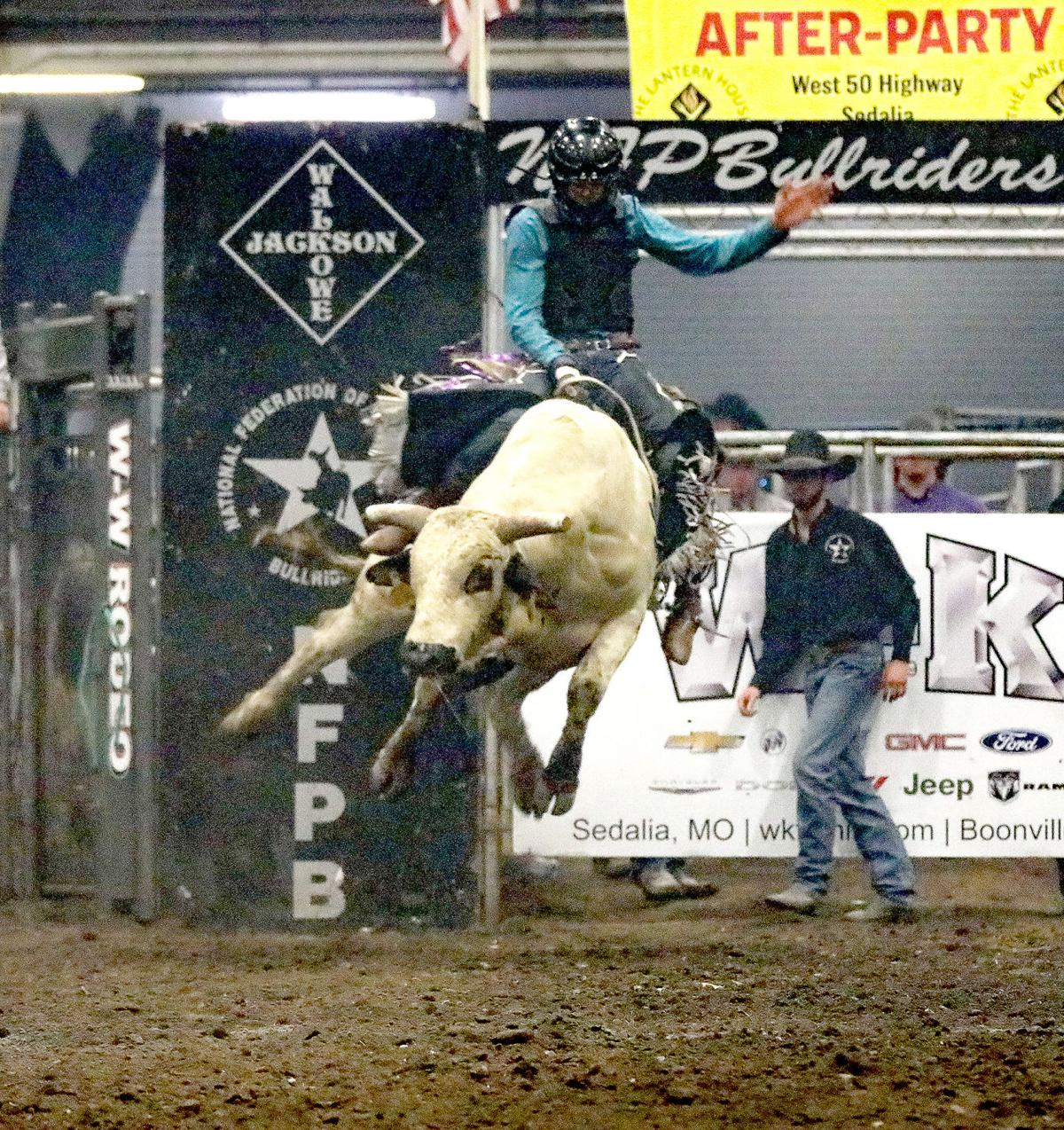 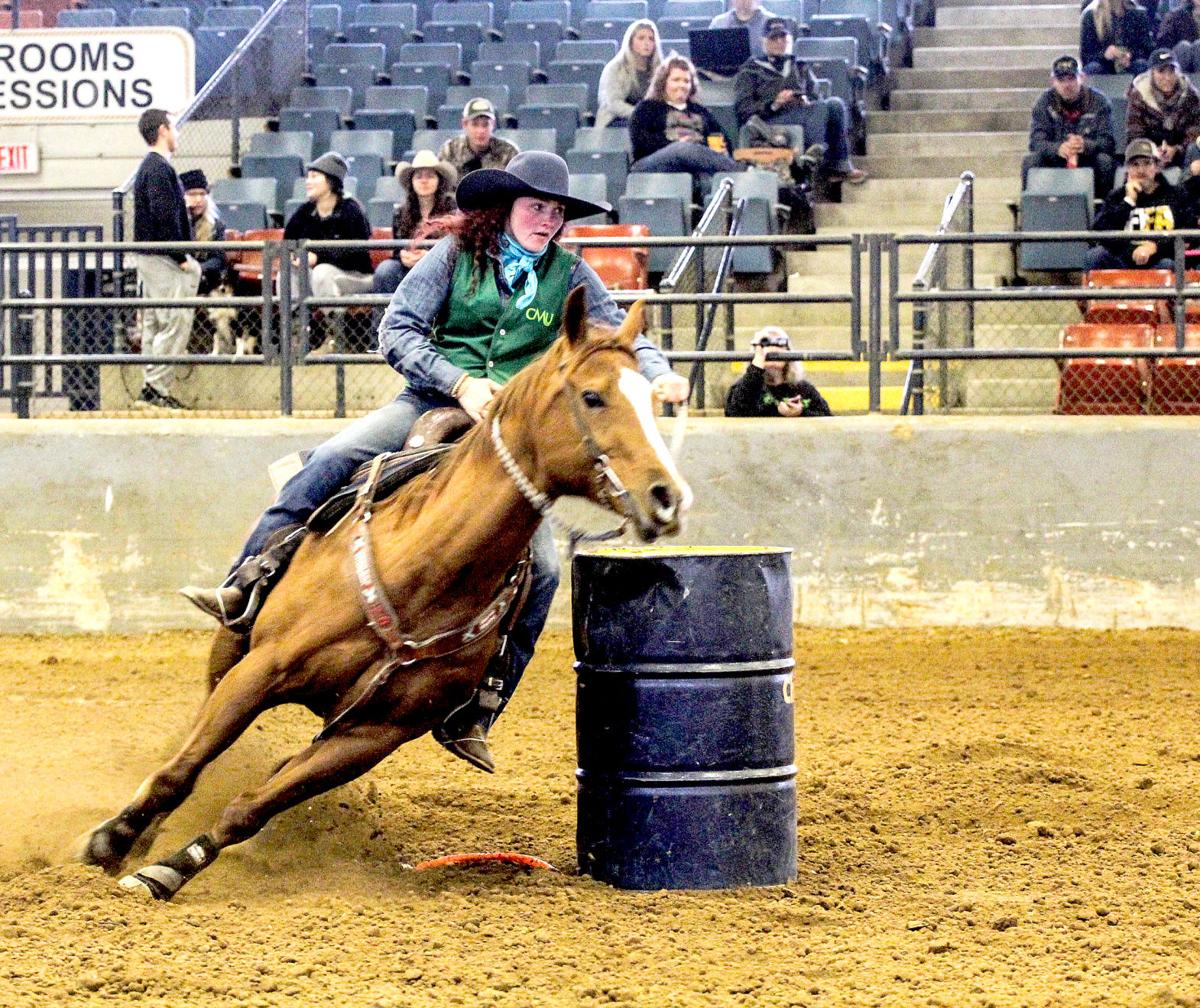 Three local college students earned their way to compete at their national college rodeo competition only to find out the national competition they were working for all year was canceled. Pictured from left, Stetson Bierman, Kelsi Haller and Trevor Zerrusen.

Three area students have wrangled a trip to the National Intercollegiate Rodeo Association finals in Casper, Wyoming, in June – but COVID-19 stopped them short.

Stetson Bierman, Kelsi Haller and Trevor Zerrusen won’t be competing at the event that was scheduled for June 14-20 before it was canceled by the pandemic. They managed to compete in only seven of 10 scheduled competitions leading up to the finals.

Zerrusen, 22, is the son of Kevin and Jennifer Zerrusen of Green Creek. He finished his studies this semester at Three Rivers Community College in Poplar Bluff, Missouri, for an associate’s degree in Construction Management.

He has been a member of the Three Rivers Community College rodeo team under the leadership of head coach Chad Phipps as a bull rider for the past two years and has been active in rodeo competition the past four years. Zerrusen graduated from Teutopolis High School in 2016.

Participating in the finals at Casper would have been his last chance to compete at the collegiate rodeo level. Zerrusen finished third in the NIRA Ozark region, qualifying him for the canceled June Casper finals. His team placed fifth in the Men’s NIRA Ozark region standings.

“One of my biggest accomplishments was making the finals, and it was disappointing not getting the chance to compete,” Zerrusen said.

Zerrusen won top honors at the Whippoorwill Rodeo Company finals for bull riding in October of 2019 at Du Quoin. He plans to compete professionally in Professional Rodeo Cowboy Association (PRCA) events starting this year, and does not plan to go back to college at this time.

“I plan to compete after the coronavirus restrictions are over and the rodeos start again,” Zerrusen said. “Right now I just have to wait.”

Bierman, 19, is the son of Bret and Jody Bierman of Hidalgo. He is a member of the University of Tennessee Sky hawk rodeo team in Martin, Tennessee. UTM Rodeo Coach John Luthi awarded Bierman a four-year scholarship to compete on the UTM rodeo team.

Bierman just finished his sophomore year at UTM, with the ultimate goal of receiving his Bachelor of Science in Animal Science.

“Not getting to compete in the final competition was a real disappointment,” Bierman said.

“I hope to do this professionally some day. I’ve been doing this since I was 16 years old. I like the adrenaline rush.”

When not competing on the college level, Bierman competes in Professional Rodeo Cowboy Association (PRCA) events and International Pro Rodeo Association (IPRA) events. He took sixth place in a Great Lakes PRCA circuit finals competition. He placed fifth in the average at the IPRA rodeo finals.

Haller, 22, is the daughter of Albert Haller and Dr. Kelly Haller. She became interested in rodeo competition when she was 12. She is a 2015 graduate of Teutopolis High School.

Haller is a member of the Central Methodist University rodeo team under the leadership of coach Amanda Phipps, competing as a barrel racer. She graduates this year with a Bachelor of Science in Psychology.

Haller has one more year of eligibility at the college level rodeo as she starts her master’s degree classes with a major in Clinical Counseling this fall. Haller said those who were on the rodeo team this year can compete next year as long as they are a full-time college student.

“You have to have at least 12 credit hours and maintain a 2.0 GPA to be eligible,” Haller said.

Haller said this year her horse was nominated for Women’s NIRA Ozark Region “Horse of the Year.”

In years past, she was a member of the Fort Scott Community College team in Fort Scott, Kansas, from 2015 to 2016, participated in rodeo independently without a team at Lake Land College from 2016 to 2017, taking home first place in the 2017 women’s NIRA barrel racing competition, and participated in rodeo independently at Eastern Illinois University, graduating with a Bachelor of Arts in Philosophy before joining the CMU rodeo team in 2019-20.

She won the International Barrel Racing Association youth finals in 2016 and WBRA pro rodeo money winner for the 2016-17 season.

“If you want to rodeo your whole life and want to do it professionally, the PRCA (for men) and WPRA (for women) is where most of the money and prestige is,” Haller said. “It’s like the professional baseball of rodeo.

“Not knowing what we may or may not have reached in the national finals this year was pretty devastating,” Haller said.