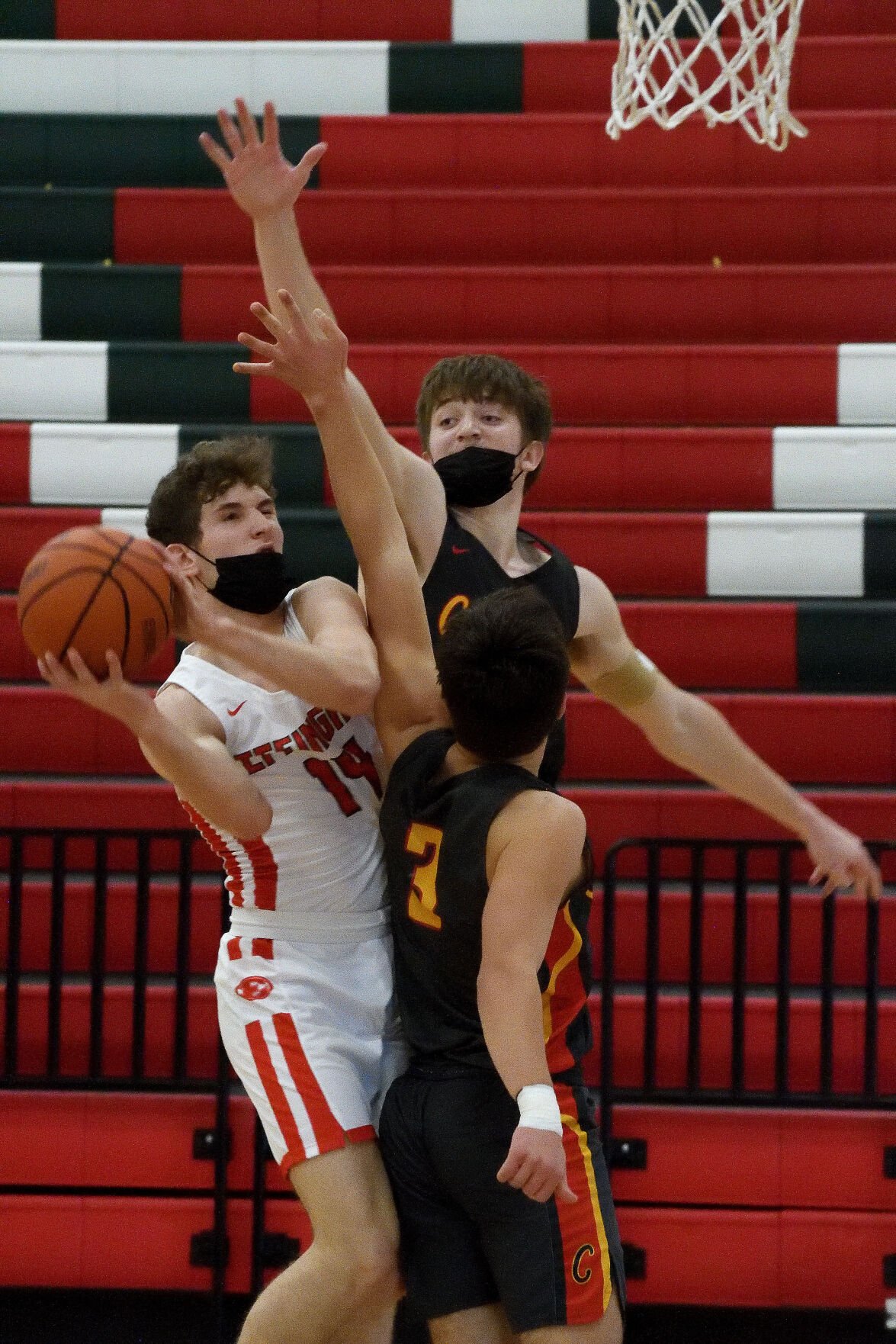 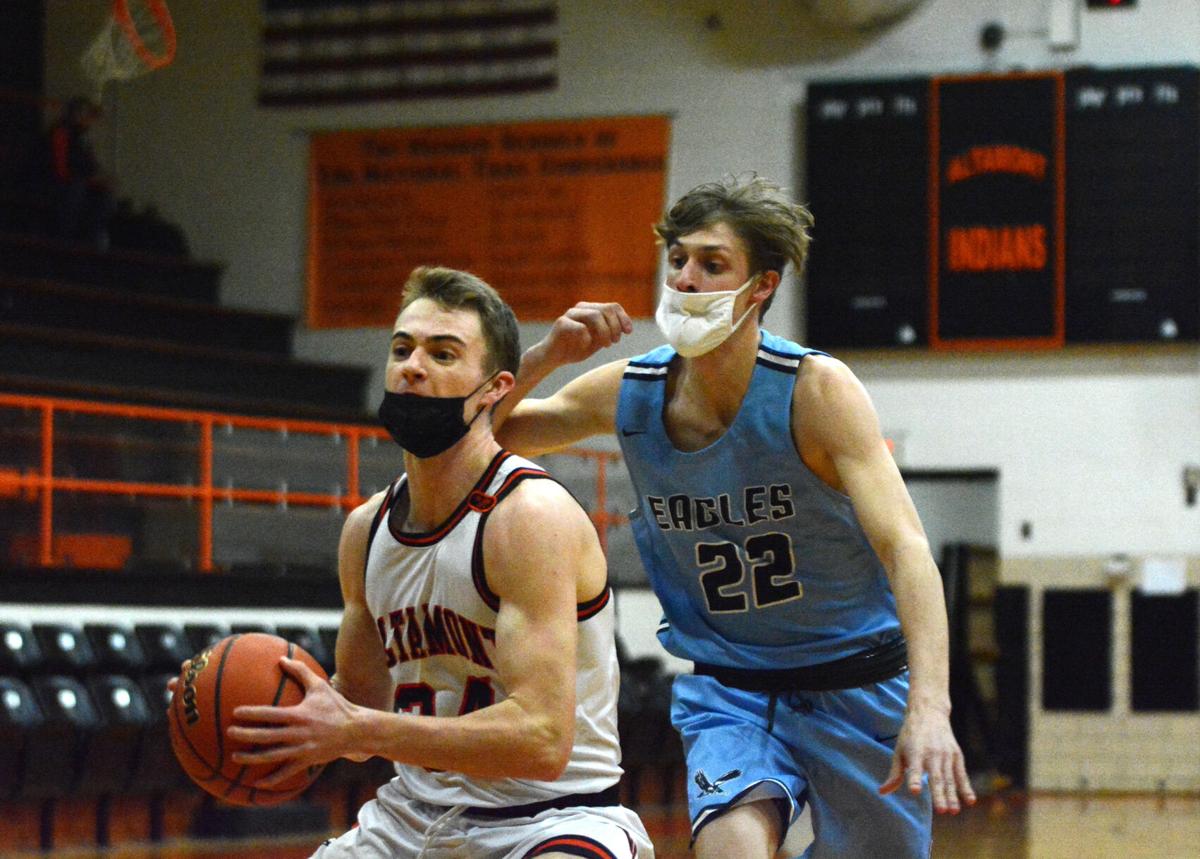 St. Elmo/Brownstown’s Jace McWhorter attempts to block Altamont’s Kaden Eirhart from behind in the season opener.

St. Elmo/Brownstown’s Jace McWhorter attempts to block Altamont’s Kaden Eirhart from behind in the season opener.

Area players were recently named to the IBCA All-State teams across the different classes.

Effingham’s Parker Wolfe was named all state in Class 3A.

According to Max Preps, Wolfe averaged 25.8 points per game for the Hearts this season. He also averaged an impressive 5.1 rebounds per game for a guard while also being a menace in the passing lanes with 3.7 steals per game.

Effingham head coach Obie Farmer spoke on what makes Wolfe’s game so appealing for other coaches to include him on such a list.

“I think it is because he is so dynamic. He can score any way he wants when he wants,” Farmer said. “It also helps that he has been playing that way for three years.”

“Being that versatile really stands out. I don’t look at how many points a player scores when determining how good they are. I look at what they can do if we take away an aspect of their game. Can they effect the game in a multitude of ways and I think Parker does that.”

“He has his own competitive spirit,” Farmer said. “Beyond basketball, he is a competitor in football and bull riding as well. He enjoys things that are difficult and that’s when you see the best Parker.”

It’s one thing to tell a player to go out and grab the bull by the horns, metaphorically speaking, but when you have a players as fearless as Wolfe when it comes to bull riding, that’s a level of toughness you don’t see often.

“A testament to his toughness is the fact that he will jump on the back of a giant animal that wants to kill him and call it fun,” Farmer said. “On the court he is focused and driven. He likes to have the toughest assignments and wants to take the big shots.

“He is a physical player and thrives in big opportunities and especially in games where the player he is competing against is also a killer. The Lincoln games are a perfect example. His battle with Singleton were awesome. He stepped up to the next level in games of that caliber.”

Thompson finished his career with 1,021 points, thirteenth in school history, and averaged 20.1 per game.

He also averaged a team-high 9.1 rebounds per game and 1.6 steals per game. He finished with a field goal percentage of 52 percent and 80 percent from the free-throw line.

“He has worked really hard to get better and it has been really important to him,” Farmer said. “He played with a couple different teams since he started playing varsity minutes and i think being able to contribute and thrive in those games with some of the best players in central Illinois was the confidence boost he needed.

“While he is a skilled basketball player, a lot of his opportunities and successes came from his work ethic. Every time a shot went up he worked to get position or crash the basket to pull down rebounds. He prided himself of blind ability to rebound more than his ability to score which is impressive when a kid is also averaging 20-plus a game in the points column.”

Teutopolis’ Evan Wermert was named All State in Class 2A.

Wermert averaged 19.8 points per game on 55 percent shooting and 86 percent from the free-throw line and 48 percent from three. Wermert also joined the 1,000-point club at Teutopolis in the last game of the season against Newton.

He scored 351 points this season, finished his career with 1,018 and ranks thirteenth all time of 15 boys to ever score 1,000 career points at Altamont in varsity basketball.