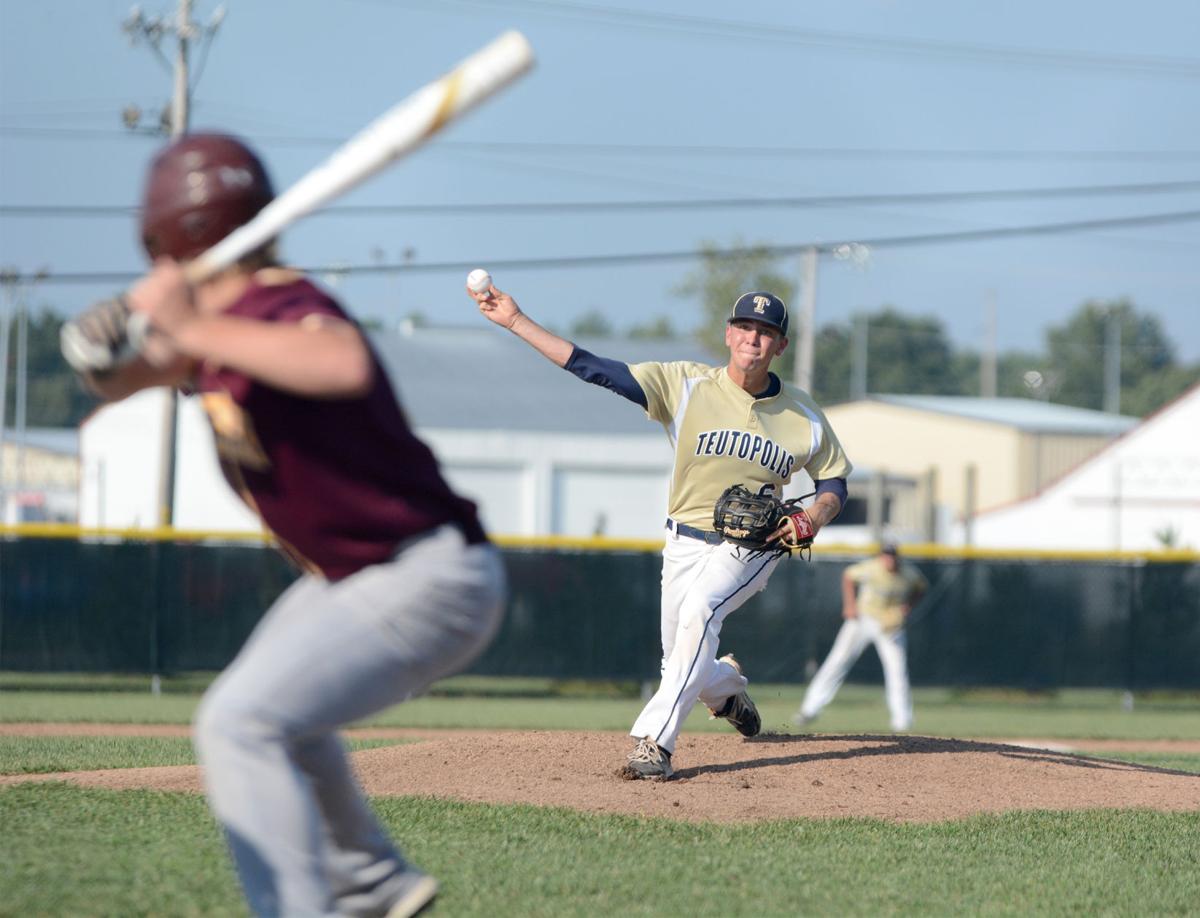 Teutopolis’ Evan Addis hurls a pitch toward home plate against Dieterich in the 2019 fall baseball season. 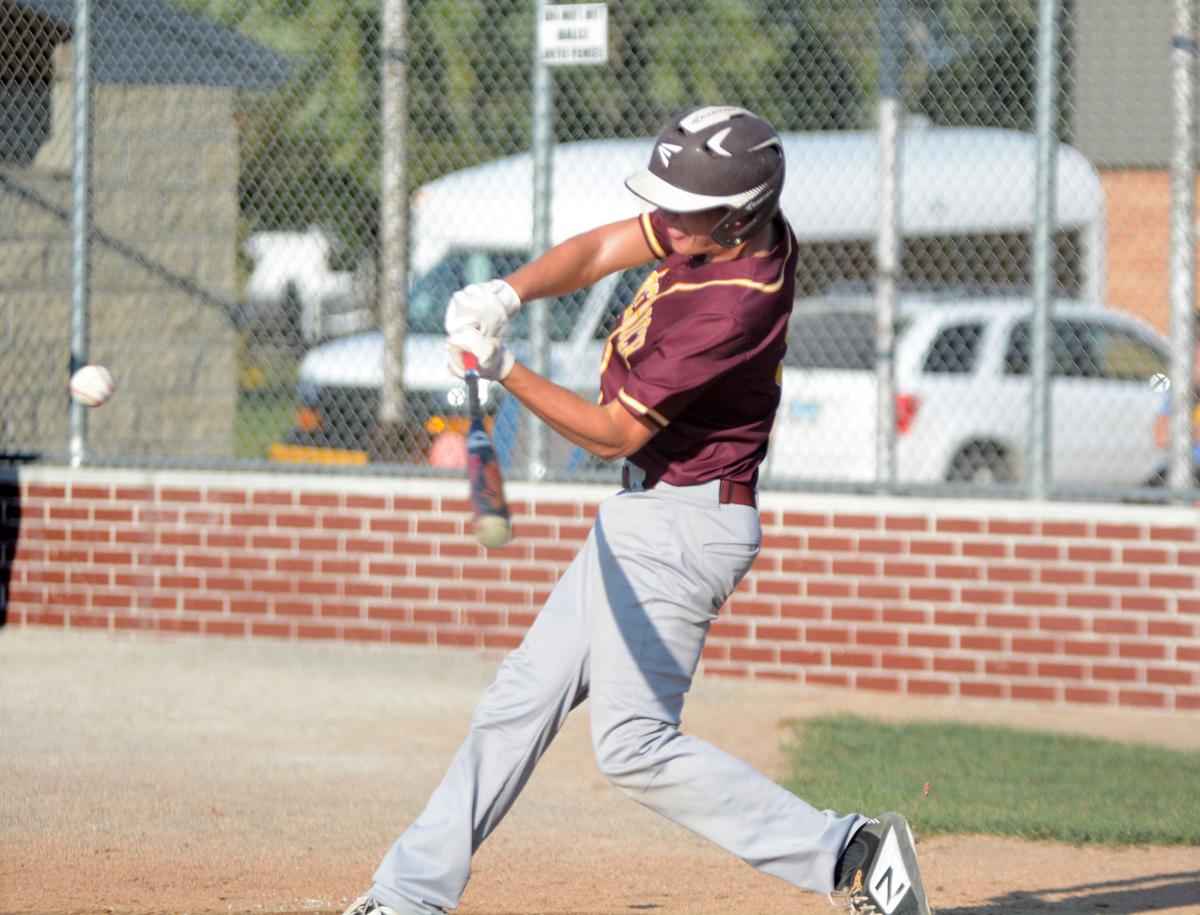 Teutopolis’ Evan Addis hurls a pitch toward home plate against Dieterich in the 2019 fall baseball season.

COVID-19 has brought much of the country to a screeching halt. Due to the coronavirus, the Illinois High School Association canceled its state tournament, as well as putting a halt to spring athletics.

As a result, teams have been unable to practice together and the athletes are left on their own to do any type of training to help them stay prepared if the ban is lifted on April 8.

“We haven’t been able to do anything as a team,” said Teutopolis Head Coach Justin Fleener. “If the guys are doing stuff at their house, like playing catch with brothers, sisters, mom or dad or somebody, that’s entirely up to them.

“April 8th is that projected date we’ll go back. We were supposed to play on the ninth, but that game has been canceled. Right now we’re hoping we can get back, get a few days of practice in and be able to start games.”

The Dieterich Movin’ Maroons have found a way to prepare for the season despite not being able to do any official team workouts.

“Luckily this year, before all of this hit, Dalton Will and his family built an indoor hitting cage and shed at his house,” said Dieterich Head Coach Josh Krumwiede. “We’re not the only one who has that luxury. I’ve heard they’re getting together and going to the cage and hitting. Hopefully there’s still a possibility that the season isn’t completely over.

“The kids are doing the work. I’m not saying they’re doing it for three hours a day, but they’ve been keeping themselves busy and I think that’s all you can ask for. There are some places that don’t have some of the things we have to make ourselves better at times like this.”

It’s a peculiar situation for the Wooden Shoes. In years past, the team has advanced deep into the playoffs, but couldn’t quite get to the state series. As a result, many of the players that were key contributors on the basketball team were also expected to be key contributors for the baseball team.

After a loss in the super-sectional round last season, the Wooden Shoes were due to start practicing for baseball just days later. Fleener elected to give those players from the basketball team some days off to rest after a five month basketball season in case they were banged up.

This year, however, those Wooden Shoes basketball players should have ample rest and be able to come in spry.

“If we look at it that way, we’re giving those guys who had a long basketball season time to recoup a little bit and get healed up,” Fleener said. “Hopefully by whenever allowed to go back, they’re ready to come back and they’re fresh.”

While every spring sports athlete is anxious to get back on the diamond, the Wooden Shoes are looking forward to defending their Class 2A state title.

With the shortened season, teams won’t have the luxury of figuring out exactly who they are and won’t have as much time to make adjustments over the course of the season.

“I think every team is going to be like that,” Fleener said. “It’s going to be a shorter window. It all depends on if and when we’re able to go back and how we go about it.

“First and foremost you’ve got to make sure you’re thinking of the health of the kids’ arms. Some of the kids who have stayed off for awhile are going to have to start that throwing process back up. Hopefully they’ve been doing a little arm care at their house. There’s band work and light weight workouts they can do. I just want to be able to play some games and have the opportunity to provide baseball for these kids.”

“I think it could affect a lot of things. I don’t think it’s bad that the kids are getting a bit of a break,” said Dieterich’s Krumwiede. “Although, at the same time, to ask them to come back and have one practice and then resume games, as a coach, having the trust in my team to not make any major mistakes, coaches need their time to do that, too.

“At Dieterich, we start a week later. We prefer to wait a week into when you can play games. We don’t ever schedule a game in that first week. We always have a week later start date. There’s definitely things you’re going to miss out on that you’re gong to wish your team had fine tuned by then.”

While no team will be at an advantage, it does help that for the teams in the National Trail Conference, as well as the Wooden Shoes, that they played fall baseball. So the time between picking up a bat or throwing won’t be as far in between as at schools like Effingham and Newton, who don’t have a fall season.

“The fall season gives us an idea of things we need to work on and things to prepare for,” Fleener said. “While playing those games is nice and gets some guys out there and give them some at-bats, I really think every team is going to say ‘we need to be solid defensively and solid on the mound.’

“I think that teams are going to strive to have them be the best they can be in those aspects of the game. Every coach wants to see pitchers throw strikes, fielders field balls and hitters to put the bat on the ball. For a lot of the NTC schools, I can’t speak for everyone, but our roster is pretty similar to what it was in the fall.

“The great thing about the NTC is you have fall baseball and can build off of what you already had in place in the fall. There’s other schools where this is their baseball season. I’m happy we had the fall season. There’s things we still need to work on, but I know my team and at this point it’s about getting the kids reps.”

Fleener said he’d tell his team to let him worry about the important stuff, and for the athletes to just enjoy it.

“First of all I would be thankful that we’re out there,” Fleener said. “Secondly, I would tell them to enjoy every minute of this, no matter if it’s a practice or a game. If we are able to play a game and are put in that position, we’re going to tell them, ‘Guys, you’re going out here right now. Enjoy something that I and hopefully you’ve enjoyed for your sports career since you were younger, and go ahead and have some fun with this ballgame.

“’Let me think about what we need to be doing to make sure we’re ready for the postseason; what changes need to be made, what adjustments need to be made.’ Let them just enjoy playing the game they’re out there for.”