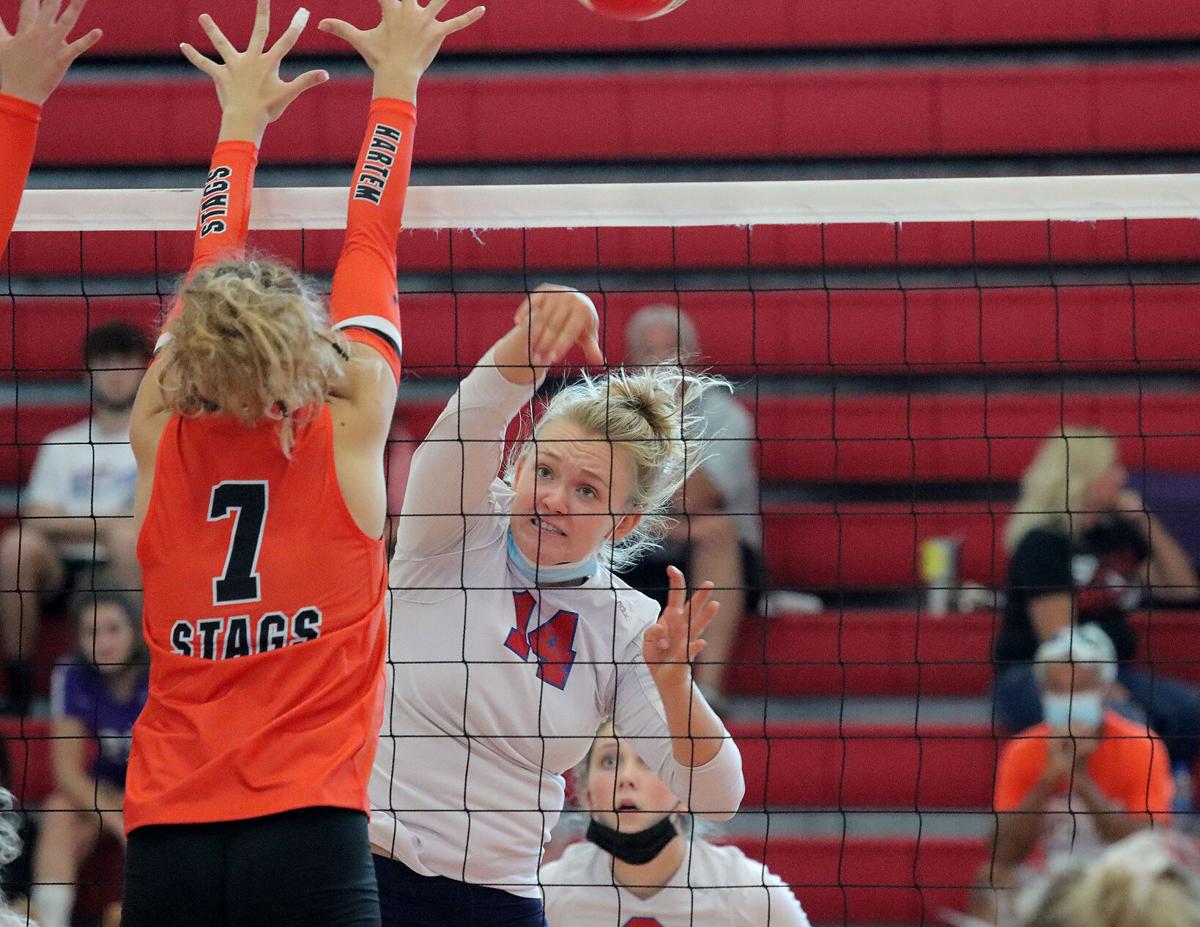 St. Anthony’s Lucy Fearday swings at the ball during a match in the St. Anthony Invite, Saturday, September 18, 2021, at St. Anthony High School. 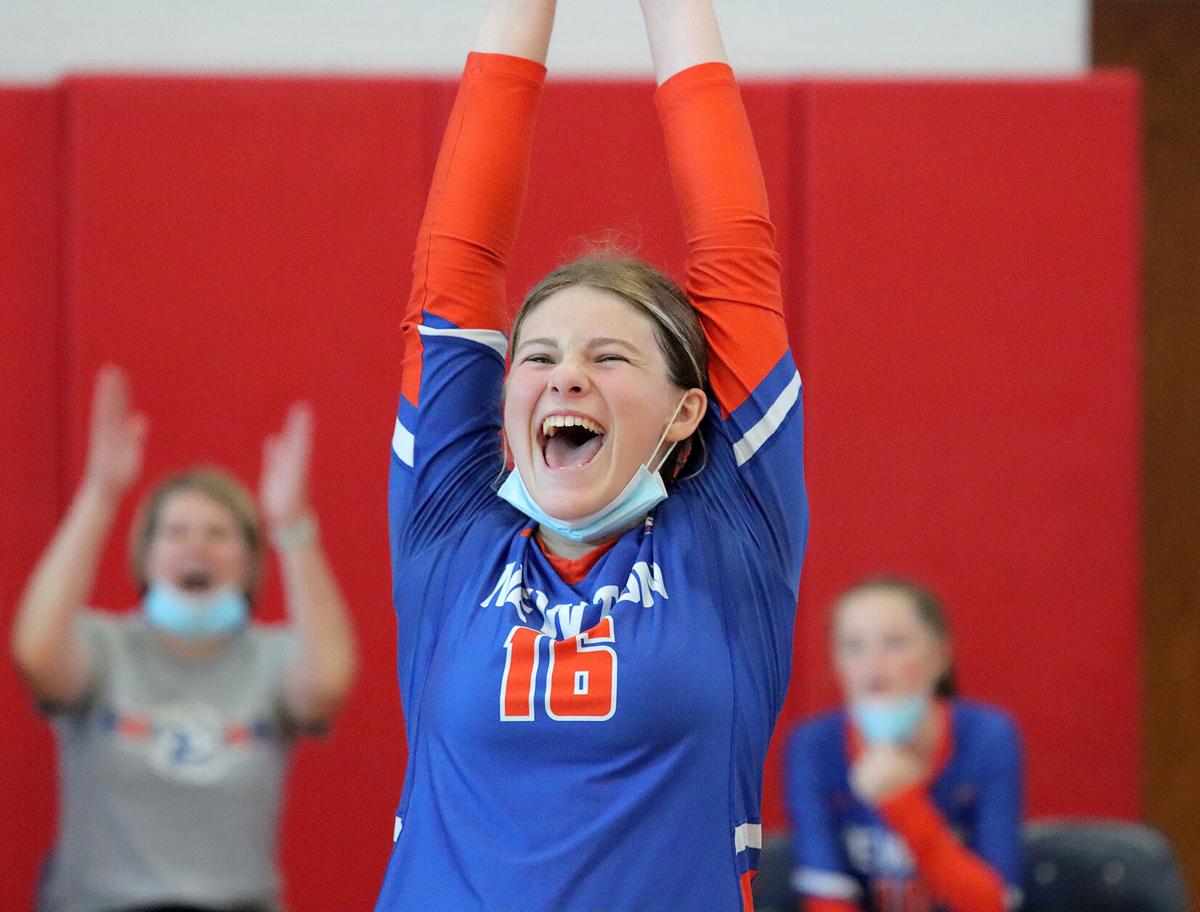 St. Anthony’s Lucy Fearday swings at the ball during a match in the St. Anthony Invite, Saturday, September 18, 2021, at St. Anthony High School.

Two weeks ago, the St. Anthony volleyball team fell to Newton in three sets at the Olney Tournament.

Fast forward to Saturday’s St. Anthony Invite, and it wasn’t a repeat performance. The results swapped.

After losing the first set 25-19, the Bulldogs rebounded to win the second 25-22 and the third 15-8, vaulting themselves into the championship match, where they finished second.

“The girls did a really good job in that match of bringing each other up and keeping their energy high,” said junior varsity head coach Karla Duncan, who took over for varsity head coach Carly Wenthe who was out with an illness. “It’s a long day with five matches, and the girls get a little tired by the end of the day. We’ve been working on things like running some quicker offenses and things like that, and this morning, especially, we were able to utilize that in a game, so it was nice to see that come through.”

However, St. Anthony had to come from behind to win the decisive second set, though.

St. Anthony then carried that momentum into the third set, where they dominated from start to finish. The Bulldogs led 8-1 at the beginning and never looked back from there.

“It’s important in games like that to keep your energy high before the games start,” Duncan said. “That’s what we decided was going to be our focus in that game. Celebrate every point and back each other up. Cover our hitters, all the things we talk about, go through the basics but keep our energy high.”

Sophomore Addie Wernsing provided a jolt for St. Anthony behind the baseline, serving 53 points for the match. She served 11 points against Newton. Her highest total was 20, which came against Sullivan in their first match of the day.

“She scored a lot of points for us today. She had a great day serving, and then the rest of the team did a great job of backing her up and just making sure we got to keep it,” Duncan said. “She does a great job of keeping it consistent, not making an error for us.”

As for the championship match, St. Anthony fell to volleyball powerhouse Hartsburg in straight sets, 25-15, 25-9.

“We were playing well. We started flowing better; our chemistry was better,” Stags’ head coach Jennifer Hayes said. “I gave them some different goals to have, so that gave them a mental focus I think that we needed, and we just raised it another level to win the championship.”

Hartsburg has a total enrollment of 74 students in the school.

“We have a small school, so the only major girls’ sport is volleyball. So, I coach from kindergarten up, and that’s what they do,” Hayes said. “They enjoy it, and they love it, and we like to win.”

For the match, Gentri Fangmeier finished with a team-high 12 kills, while Addie Beekman had 10.

The Stags finished with six blocks and six aces, too.