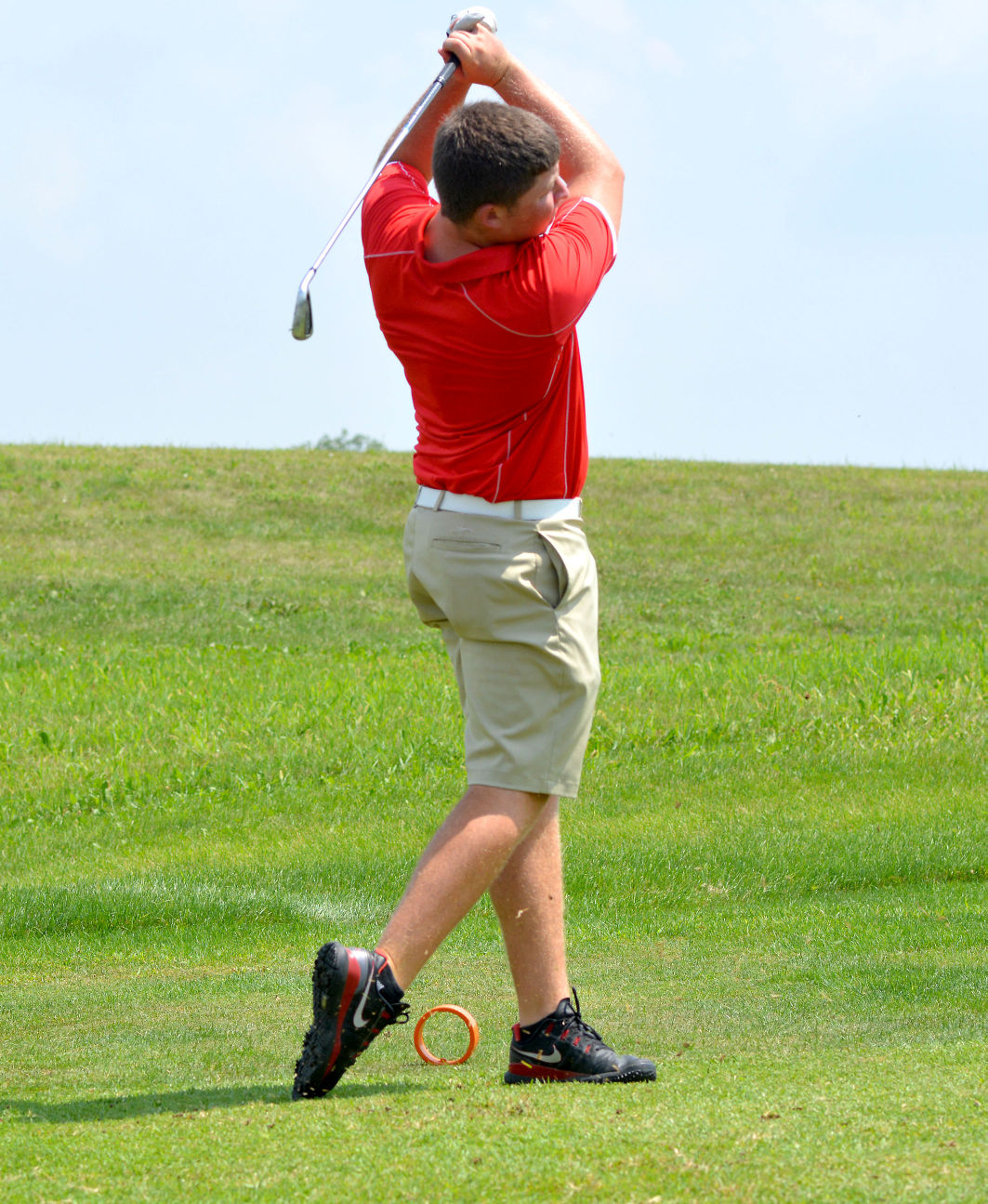 Efffingham's Jake Linders tees off on the first hole of the St. Anthony Invitational in Windsor on Monday. 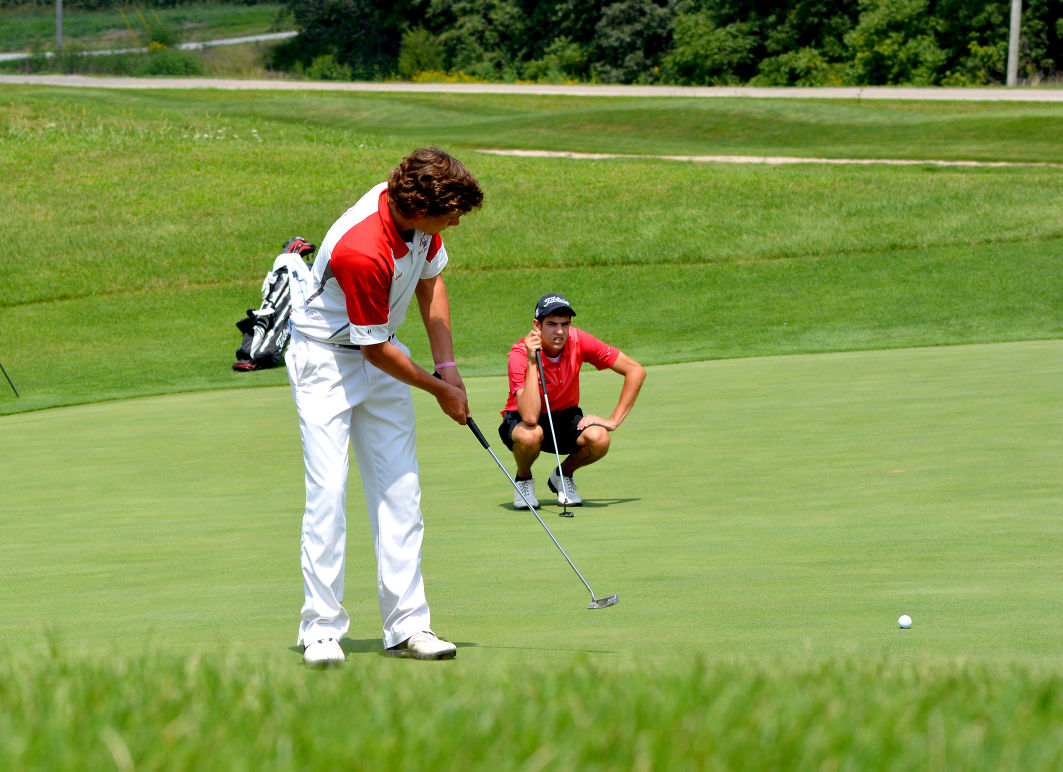 Efffingham's Jake Linders tees off on the first hole of the St. Anthony Invitational in Windsor on Monday.

WINDSOR — While some students were sitting in class Monday afternoon, others were competing in the first golf tournament of the fall season.

The St. Anthony Invitational welcomed 13 teams to Windsor on a humid afternoon.

The Flaming Hearts of Effingham were the overall winners and also had the medalist. Effingham shot a team score of 312 to beat the host Bulldogs by nine shots. Hearts senior Jackson Wendling finished with a 72 to take medalist honors.

“I'm very, very pleased because we have high expectations this year,” Effingham's coach Jeff Schafer said. “The one thing we talked about it that you can be good on paper, but you gotta go out and perform. I felt like this was a statement today by setting out on a really good start.”

Schafer said Wendling has some pressure off of him this season because he's already verbally committed to play at Nebraska next year.

“I think when we teed off this morning I expected him to win,” Schafer said.

St. Anthony took second overall and had two players finished inside the top 10. Connor Greene finished fourth with a 75 while teammate Garrett Hixenbaugh shot a 76 to finish 10th.

Five players shot 75 to finish in a tie for fourth with Neoga's Luke Baker and Greene in the middle of the log jam.Effingham's Callaway Smith scored a 76 for ninth place. Bulldog coach Phil Zaccari said he was happy with his team's finish. Zaccari didn't work with his team during

the summer but he told them which tournaments they should play in.

“That's where they get the best experience, is playing under pressure,” he said.

Zaccari and his Bulldogs have been to three state tournaments during his tenure and said the players know what they need to do to succeed this season.

“We've built a pretty good program here where the guys take pride in what St. Anthony golf is about,” Zaccari said.

St. Anthony's coach said his team needs to work on its short game to be successful this season. He said the game is about playing well within 100 yards from the pin. With four seniors in its top six players, St. Anthony had a lot of experience in its lineup.

Sam Wortman added an 84 and Jared Hutchison carded an 86 for the Bulldogs.

Former Bulldog Lewis Martin is in his first season as the coach of the Wooden Shoes of Teutopolis. The Shoes finished 10th overall with a total score of 376.

Evan Schlink led the way with a 90, Christian Deters shot a 91, Braydan Bushue scored a 94 and Dylan Buenker finished with a 101.

Martin said he felt good going into the tournament because of his team's recent play.

Martin played at Parkland College before transferring to McKendree University to finish out his college career. He said it was a good experience playing against his former coach.

Martin, like many coaches, said practice is key when it comes to his team this season.

“As long as the guys spend the time out there, we'll be alright,” he said.

The Bulldogs play today in Normal at the Raider-Redbird Invitational. Effingham plays at the John Macek Invitaitonal Monday and the Shoes battle Salem Monday.