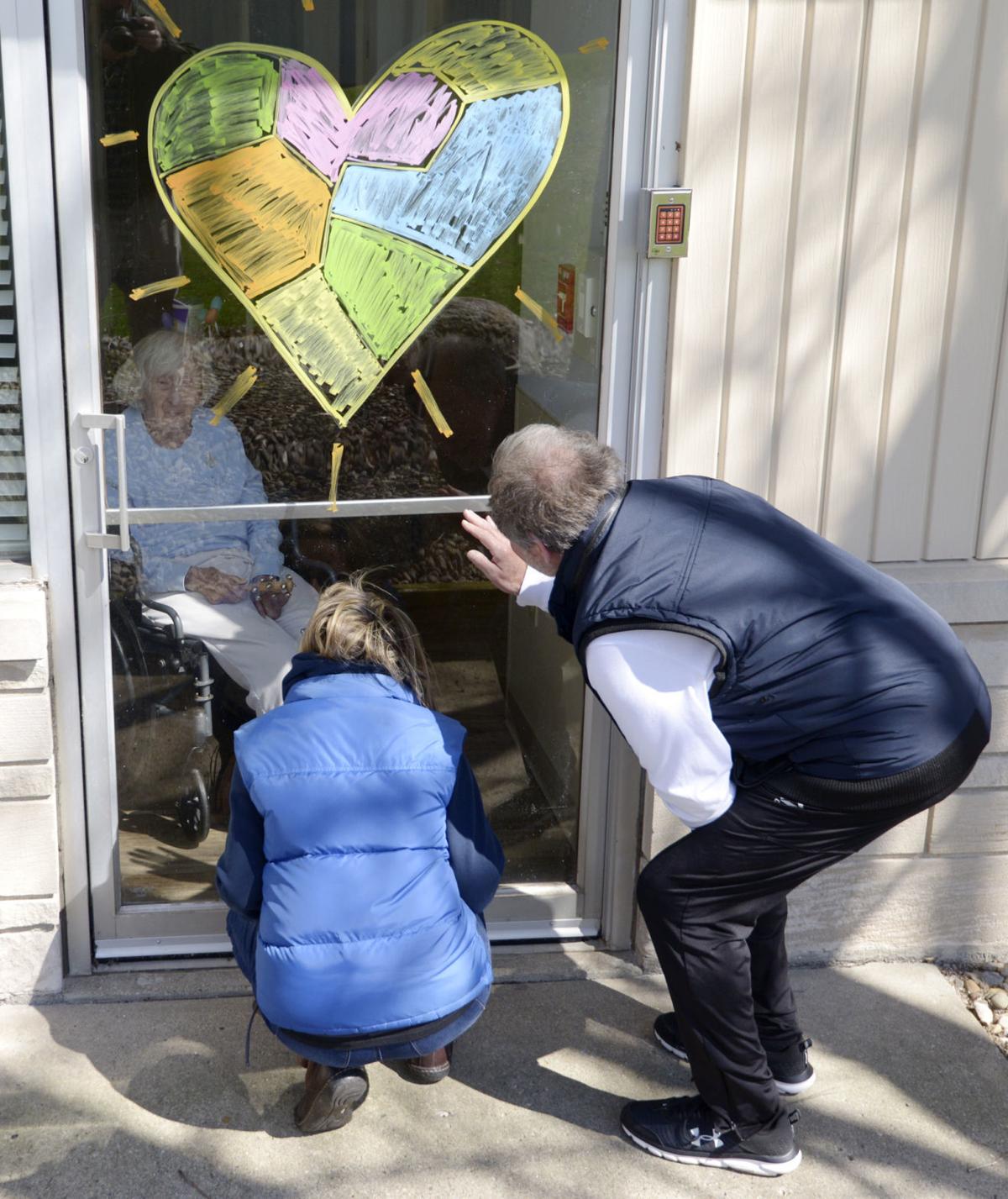 Laura and Steve Skaggs wave to Laura's mother Helen Benefiel at Summit Health & Living in Summitville, Indiana. No visitors our allowed inside the elder care facility to protect residents from the COVID-19. 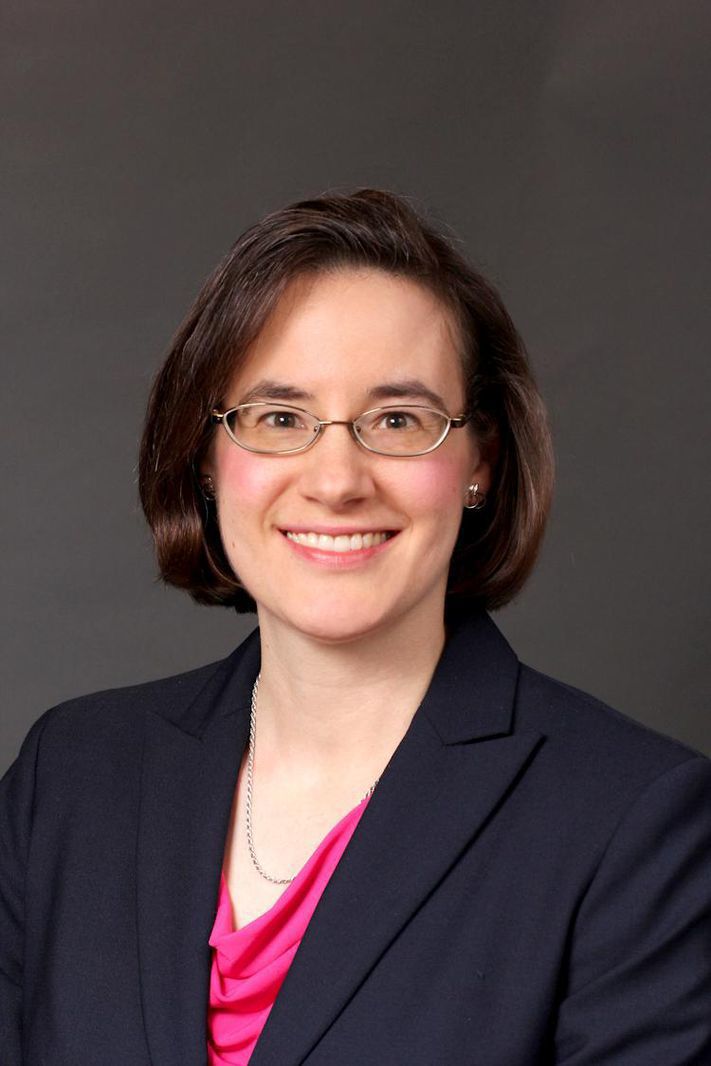 Laura and Steve Skaggs wave to Laura's mother Helen Benefiel at Summit Health & Living in Summitville, Indiana. No visitors our allowed inside the elder care facility to protect residents from the COVID-19.

INDIANAPOLIS – Federal health officials report a disproportionate number of coronavirus deaths occur in the nation’s nursing homes, but the agency tracking their morbidity rates maintains a database riddled with incomplete information and errors.

Since theCenters for Medicare and Medicaid Services (CMS) began releasing data on the pandemic in early June, skilled nursing facility representatives across the country have complained the agency’s report shows incorrect case tallies and misreported deaths.

CMS doesn’t clarify whether its database uses the current number of residents or a facility’s yearly total. And some facilities reported only cases and deaths since May, as CMS required, while other nursing homes voluntarily included information from earlier in the year, raising questions about the value of the death rate data.

Sorted by the COVID-19 rate per 1,000 residents, cases at 242 facilities exceeded their reported numbers of residents, and another 12 facilities reported that every resident had been infected with the virus, according to the CMS database.

For example, CMS reported that nine staffers at Cedarcrest Care Center in Broken Arrow, Oklahoma, died from COVID-19 by mid-June, but the state’s portal shows only five cases and no deaths within the facility.

Fred Stratmann, spokesperson for CommuniCare Health Services, said it was “difficult and frustrating” to get the CMS to make corrections. CommuniCare has 90 facilities in seven states.

“CMS was very busy trying to respond to every request, which must have been a lot, and their response time was slow,” said Stratmann. “It seems to have gotten better in the past week or two.”

Numbers for several of CommuniCare’s facilities were wrong in the initial CMS release, either over or under-reporting the number of deaths and cases. Some nursing homes inadvertently input wrong numbers or misinterpreted CMS instructions, Stratmann said.

For example, he said, at the Annandale Healthcare Center in Annandale, Virginia, rather than reporting only COVID-19 deaths (28) as required by the CMS, administrators mistakenly input the total number of deaths from all causes at the facility (51).

Subsequent updates to the databases addressed some previously reported errors, though a CMS spokesperson didn’t respond to questions about whether nursing homes had submitted corrections. CMS also didn’t respond to other questions from CNHI News Service about apparent errors.

The database shows that information from 89% of the homes listed passed “quality assurance” tests, which is meant to screen out questionable data. It’s unclear, though, how CMS tries to verify the information and how errors may occur.

After the database was first published in early June, CMS Administrator Seema Verma said that some nursing homes might have entered information incorrectly.Fault also could lie with local health agencies or state health departments, which can upload morbidity information on nursing homes.

The complexity of the database also is at issue. It includes 57 columns worth of information on more than 15,000 nursing homes. Aside from COVID-19 cases and deaths among residents and staff, nursing homes also must provide information each week on supplies of personal protective equipment, staffing shortages and access to labs, among other things.

The American Health Care Association/National Center for Assisted Living, a trade association that represents thousands of nursing homes, said in an emailed statement it is working with the federal government to provide guidance to care providers on how to correct inaccuracies.

But the association cautioned that overwhelmed nursing homes have limited resources.

“Nursing homes have to report similar information to local, state and federal systems,” said a spokesperson for the association. “Each have different formats, timeframes and definitions. This makes the data not comparable and confusing.”

The Crystal Rehabilitation and Healthcare Center in Greenwood, Mississippi, is an example of the confusing information in the CMS database. It reportedly had 121 COVID-19 deaths at its 110-bed facility.Yet data released by the state this month showed 16 deaths from the virus at the facility and no ongoing outbreak as of June 18.

Based on the purported 121 fatalities at the Greenwood Center, CMS showed the facility had a death rate of 1,754 deaths per 1,000 residents. CMS says in the database it calculated the COVID-19 death rate among residents for facilities by counting every suspected or confirmed COVID-19 case reported by the provider since Jan. 1, regardless of whether the person died at the facility or a nearby hospital.

AARP, the national senior care advocacy organization that has pushed for publication of nursing home data for residents, their families and the public, said that issues and questions about the veracity of the data should be promptly addressed.

“Now that the database exists, there is an opportunity to work to improve it, address identified issues, and use the data to help the residents and staff of our nation’s nursing homes,” said Rhonda Richards, a senior legislative representative at AARP, via email.

Even when the information on some homes is accurate, the data from CMS offers only a small glimpse into the spread of COVID-19 amongst the nation’s most vulnerable. Because nursing homes were not required to report cases and deaths that occurred before May, the database doesn’t reflect the nationwide toll since the pandemic began.

In addition, almost 8% of the nation’s nursing homes are shown as not submitting information as required for the week ending June 14. Facilities failing to submit data to the CDC could be penalized.

In Indiana, government officials had for three months resisted calls from the public to release information about coronavirus infections and deaths at individual nursing homes. Finally, on July 1, the state announced it would begin to provide the data.

But the change will come too late for Harold and Martha Sears, who were admitted to an elder care home because they were experiencing dementia.

Robin Howard, the daughter of Martha, said the home was the only facility that would take her mom, 76, and stepdad, 90, last fall while approval of financial assistance was pending. Within months, she said, both died.

Howard said her mother had tested positive for COVID-19 before her death. She didn’t know the details of her stepdad’s death.

“People need to know the death rate and status of the nursing home,” Howard said. “Whether they don’t have PPE (personal protection equipment), they’re understaffed or whatever it is. People need to make a decision because there are a lot of people that could bring their loved ones home for a while.”

Whitney Downard is the CNHI State Reporter for Indiana. This story was produced with the support of the Investigative Editing Corps (www.investigativeediting.org).