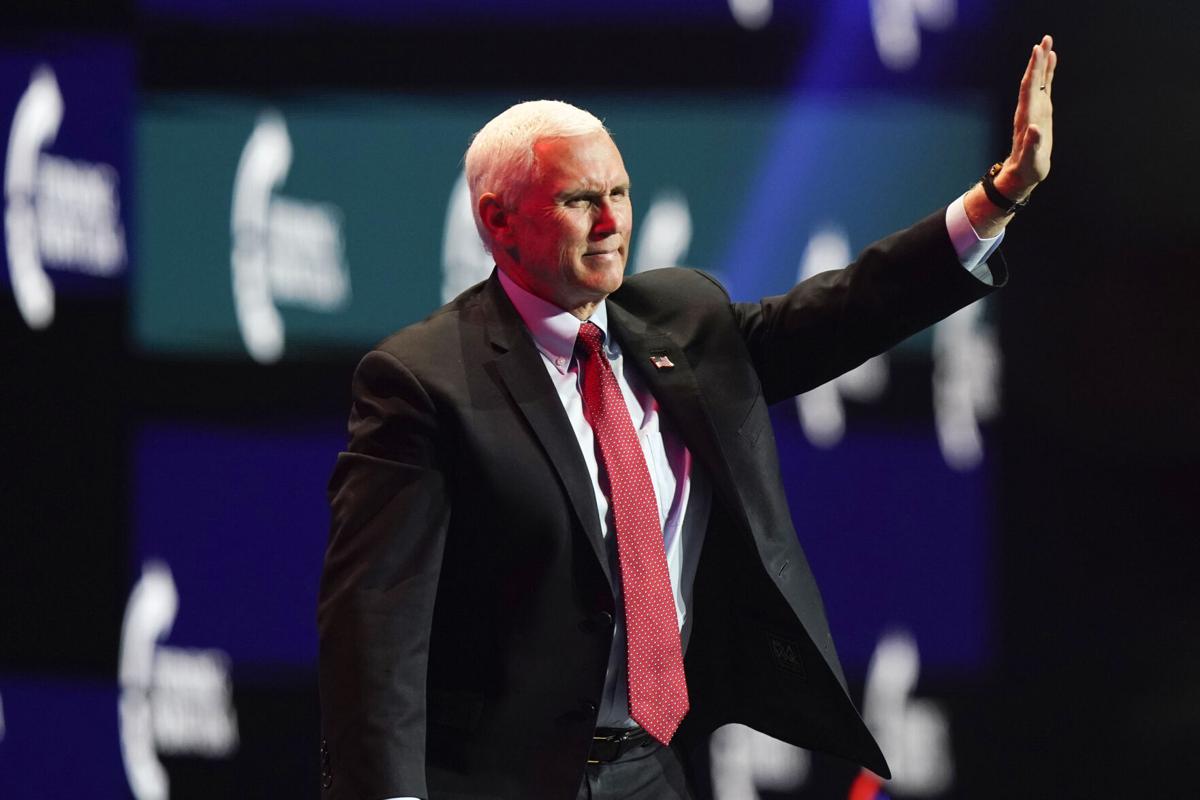 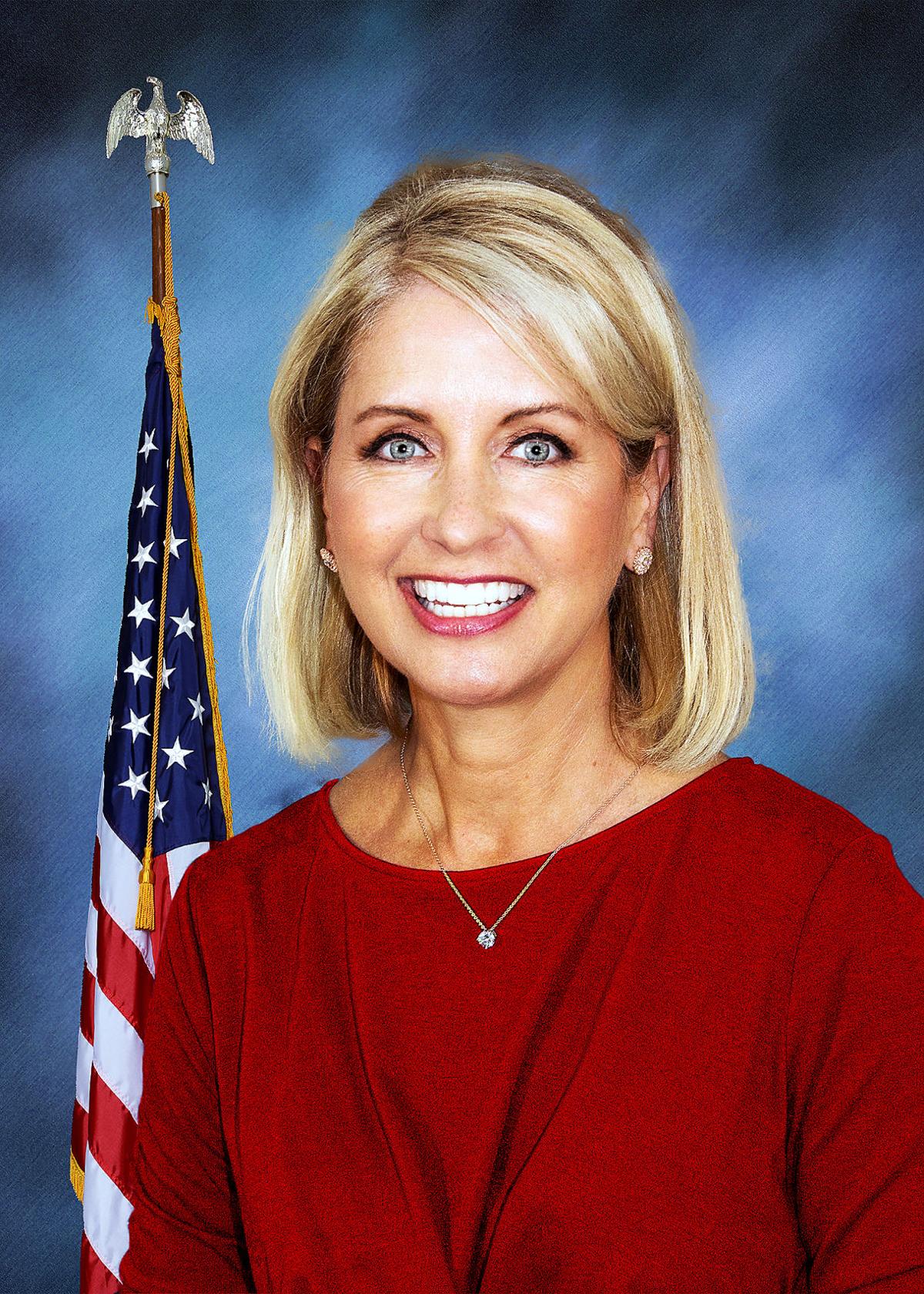 WASHINGTON (AP) —Mary Miller, the newly elected U.S. representative from central Illinois, will be among the Republican lawmakers objecting on Wednesday to the presidential election results, heeding supporters' plea to "fight for Trump" as he stages a rally outside the White House.

President Donald Trump's extraordinary effort to overturn the presidential election is going before Congress as lawmakers convene for a joint session to confirm the Electoral College vote won by Joe Biden.

The typically routine proceeding will be anything but, a political confrontation unseen since the aftermath of the Civil War as Trump mounts a desperate effort to stay in office. It's tearing the GOP apart.

“I will be joining patriotic leaders across the nation in objecting to the Electoral College results of certain states that did not uphold the constitution,” Miller said in a press release. “Many Americans have lost confidence in the fairness of our electoral system. By objecting to certain electors on Wednesday, I hope my colleagues and I send a message to those men and women that we will not sit idly by while our Constitution is trampled on.”

The longshot effort is all but certain to fail, defeated by bipartisan majorities in Congress prepared to accept the results. Biden, who won the Electoral College 306-232, is set to be inaugurated Jan. 20.

"The most important part is that, in the end, democracy will prevail here," Democratic Sen. Amy Klobuchar of Minnesota, among those managing the proceedings, said in an interview.

The joint session of Congress, required by law, will convene at noon CST under a watchful, restless nation — months after the the Nov. 3 election, two weeks before the inauguration's traditional peaceful transfer of power and against the backdrop of a surging COVID-19 pandemic.

Senate Majority Leader Mitch McConnell, who warned his party off this challenge, is expected to deliver early remarks. House Speaker Nancy Pelosi, set to gavel proceedings on her side of the Capitol, called it a day of "enormous historic significance." It is about "guaranteeing trust in our democratic system," she said in a letter to colleagues.

But it is Vice President Mike Pence who will be closely watched as he presides over the session.

Despite Trump's repeated claims of voter fraud, election officials and his own former attorney general have said there were no problems on a scale that would change the outcome. All the states have certified their results as fair and accurate, by Republican and Democratic officials alike.

Pence has a largely ceremonial role, opening the sealed envelopes from the states after they are carried in mahogany boxes used for the occasion, and reading the results aloud. But he is under growing pressure from Trump to tip it to the president's favor, despite having no power to affect the outcome.

While other vice presidents, including Al Gore and Richard Nixon, also presided over their own defeats, Pence supports those Republican lawmakers mounting challenges to the 2020 outcome.

"I hope that our great vice president comes through for us," Trump said at a rally in Georgia this week. "He's a great guy. Of course, if he doesn't come through, I won't like him quite as much."

It's not the first time lawmakers have challenged results. Democrats did in 2017 and 2005. But the intensity of Trump's challenge is like nothing in modern times, and an outpouring of current and elected GOP officials warn the showdown is sowing distrust in government and eroding Americans' faith in democracy.

"There is no constitutionally viable means for the Congress to overturn an election," said Sen. Tim Scott, R-S.C., announcing his refusal to join the effort on the eve of the session.

Still, more than a dozen Republican senators led by Josh Hawley of Missouri and Ted Cruz of Texas, along with as many as 100 House Republicans, are pressing ahead to raise objections to the state results of Biden's win.

Under the rules of the joint session, any objection to a state's electoral tally needs to be submitted in writing by at least one member of the House and one of the Senate to be considered. Each objection will force two hours of deliberations in the House and Senate, ensuring a long day.

House Republican lawmakers are signing on to objections to the electoral votes in six states — Arizona, Georgia, Nevada, Michigan, Pennsylvania and Wisconsin.

Arizona will likely be the first to be disputed as the state tallies are announced in alphabetical order, and Cruz has said he will join House Republicans in objecting to that state.

Hawley has said he will object to the election results from Pennsylvania, almost ensuring a second two-hour debate despite resistance from the state's Republican senator, Pat Toomey, who said the tally of Biden's win is accurate.

Sen. Kelly Loeffler may challenge the results in her state of Georgia. But it's unclear if any of the other senators will object to any other state, as lawmakers were still devising a strategy.

Democrats have the majority in the House and the Republican-led Senate is divided over the issue. Bipartisan majorities in both chambers are expected to soundly reject the objections.

The group led by Cruz is vowing to object unless Congress agreed to form a commission to investigate the election, but that seems unlikely.

Those with Cruz are Sens. Ron Johnson of Wisconsin, James Lankford of Oklahoma, Steve Daines of Montana, John Kennedy of Louisiana, Marsha Blackburn of Tennessee, Mike Braun of Indiana, Cynthia Lummis of Wyoming, Roger Marshall of Kansas, Bill Hagerty of Tennessee and Tommy Tuberville of Alabama.

Trump has vowed to "fight like hell" to stay in office. He said at a rally in Georgia the electors voting for Biden are "not gonna take this White House!"

Many of the Republicans challenging the results said they are trying to give voice to voters back home who don't trust the outcome of the election and want to see the lawmakers fighting for Trump.

Hawley defended his role saying his constituents have been "loud and clear" about their distrust of the election. "It is my responsibility as a senator to raise their concerns," he wrote to colleagues.

As criticism mounted, Cruz insisted his aim was "not to set aside the election" but to investigate the claims of voting problems. He has produced no new evidence.

Both Hawley and Cruz are potential 2024 presidential contenders, vying for Trump's base of supporters.

Lawmakers are being told by Capitol officials to arrive early, due to safety precautions with protesters in Washington. Visitors, who typically fill the galleries to watch landmark proceedings, will not be allowed under COVID-19 restrictions.

“The foundation of our country is free, open, and fair elections. That’s what makes our country unique, and one of many things that makes this country great,” Miller, R-Oakland, said in her press release. “The Constitution gives state legislatures sole authority over how our elections are carried out, but many state and local officials in swing states took matters into their own hands last November by changing how their state would conduct the election. Our founders also gave Congress the final say in accepting or rejection the electors and it’s in America’s best interest that we ensure votes were counted in accordance to state law. The integrity of our elections hangs in the balance.”