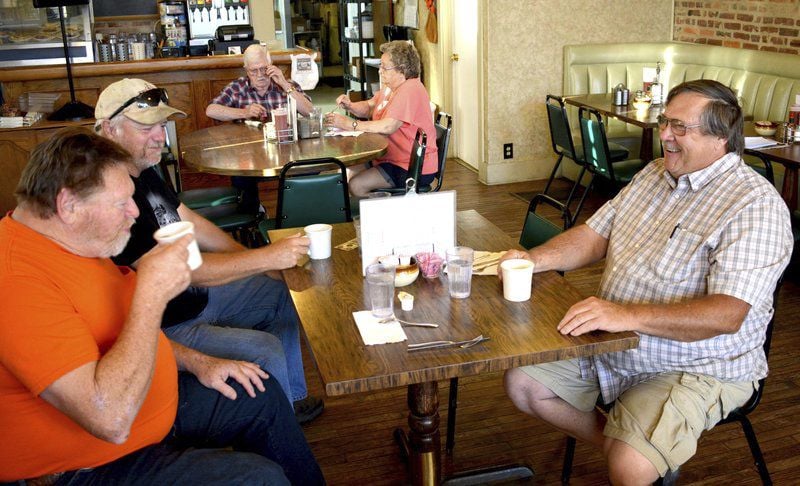 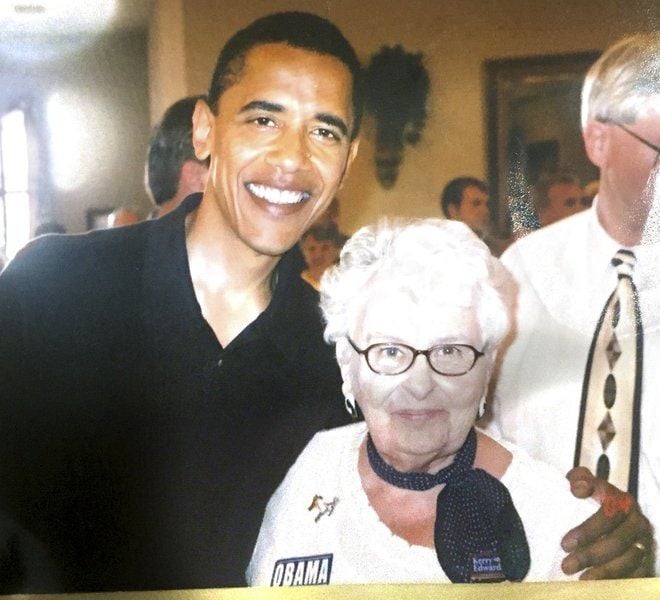 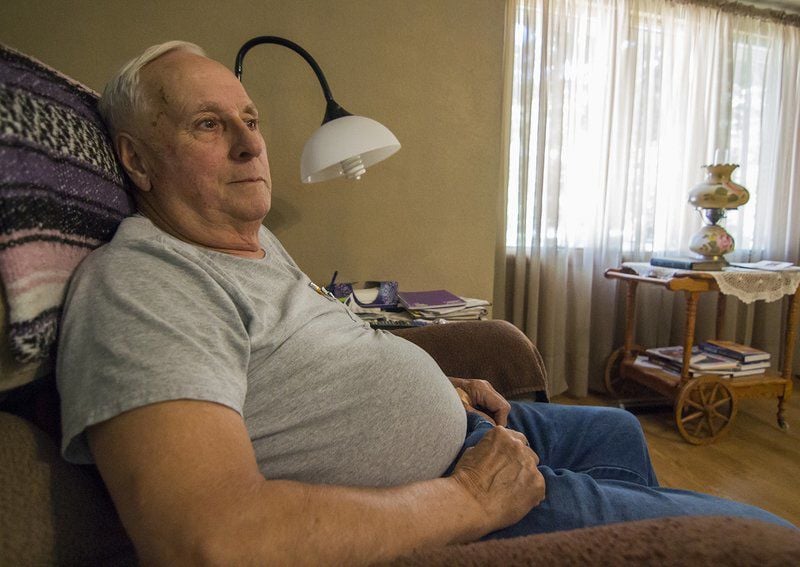 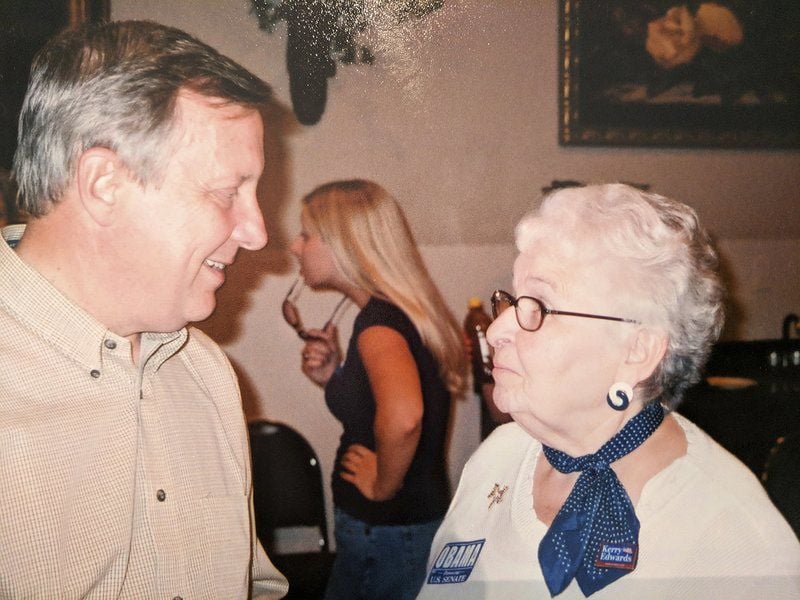 It’s a Thursday in May, and staff members of U.S. Sen. Tammy Duckworth have set up shop at the Suzette Brumleve Memorial Effingham Public Library. Although Duckworth herself is not here, constituents flow into a small room in the basement.

Among them is Effingham resident Stephen McNaughton, 33. He’s come to talk about the rising cost of health insurance.

"The cost of it is adjusted by the political landscape in Washington right now,” he adds.

McNaughton and other voters in Effingham and Shelby counties are keenly aware that the political landscape has grown particularly divisive. While the issues that draw them to forums like the one held by Duckworth's staff are rooted in everyday life, the voting booth's lure for some has become increasingly shaped by nebulous questions about traditional American values.

Voters in central Illinois and across the nation are weighing issues like abortion, health care and taxes against the backdrop of #MeToo, honesty and character.

McNaughton pauses when asked who he voted for in the 2016 presidential election.

“I’ll just say I lean Democrat, which would basically give you the answer,” he says.

McNaughton disagrees with the winner on a multitude of levels, and has unanswered questions about Donald Trump's past, including alleged affairs and his business dealings.

“Trump University, that really kind of bothers me,” he says. “People were trying to go to school and get an education and earn better lives, but it collapsed and appears to have left them with debt and obligations. Something like that bothers me.”

McNaughton used to be Republican, but his identity as an independent with Democratic leanings developed as he “became more conscious about the environment and health care. That made me start moving a little bit around on issues.”

It's just the opposite for Larry Banbury.

The 82-year-old Effingham man was once a Democrat but credits a former employer for changing his mind.

“He was smarter than me and a lot older than me,” says Banbury. “And I agreed with his philosophy a lot more, the concept of a person taking care of themselves and you making your own choices, not society making the choice for you. That’s the way it ought to be. Democrats seem to think, ‘OK, we’re going to help the people and tell them what’s best for them and not them make the decision.’”

Banbury is unabashed in his opinions, varied as they are: He is pro-choice, straddles support for unions and right-to-work states and endorses President Trump wholeheartedly.

During the presidential campaign, Trump fought accusations of extramarital affairs and criticism for mocking a disabled reporter and Sen. John McCain for being taken a prisoner of war. It made no difference in the outcome; he went on to defeat Hillary Clinton.

Lloyd Dean, 76, of Heartville, is a local minister and Army Corps of Engineers veteran who feels that a candidate’s personal life has nothing to do with the ability to serve. Instead, he says honesty and the "maintenance of freedom" are what he looks for most in a candidate.

Dean calls the sexual misconduct accusations against Trump unproven. And he says that until they are, Trump can’t be held responsible.

“I think if it’s proven then it should be brought out but it shouldn’t be just because someone doesn’t like him,” says Dean. “And the person bringing the accusations, their background and everything should be considered, too.”

Dean considers himself an independent voter with conservative values who voted for Trump in 2016. He is quick to share his love for guns and dismay that the death penalty isn’t widely used.

“He knows nothing about politics,” says Dean of Trump. “He came in there with an open mind and with the mindset that the train has jumped the track. People aren’t following the constitution and he wants to bring industry back here.”

And that resonates with Dean, a former industrial electrician contractor who lost his job as a result of Zenith Electronics Corporation closing a plant in the 1980s and relocating outside the country.

But Terry Edwards, 63, of Shelbyville doesn't feel President Donald Trump has the respectable characteristics or experience that past presidents have traditionally had.

“I don't think he's presidential," says Edwards, a Democrat and retired machine operator. "He'd never held office before and hasn't had the 20 or 30 years of politics that past presidents have had. I wonder how many times (North Korean leader) Kim Jong Un has had his finger on the nuclear button because of what Trump has said."

“I don’t like what comes out of his mouth a lot and that one comment he made about grabbing the women by their you-know-what, I thought that was just downright nasty,” says Smith. “And he doesn’t ever apologize for anything they prove he said or did.”

At 81, Smith describes herself as a “lifelong Democrat” who has never voted for a Republican.

“I voted for Hillary Clinton,” she says. “One thing is because I think it’s time we have a female president. I am pro-choice and I like to see women get a little credit and I don’t know that she would have done any worse than what we have now.”

Smith is originally from Beecher City, where both her grandfather and father were elected as mayor. In 1969, she followed suit by winning the mayoral race with 51 write-in votes.

Smith says that while she was mayor, she was sexually harassed when a man repeatedly tried hugging and touching her.

Eventually, Smith’s uncle came to the home and “escorted” the man out of town.

“I hadn’t done anything to ask for that,” says Smith. “He just immediately told me that I reminded him of his deceased wife. And maybe I did. But I told him ‘no’ twice not to touch me and he didn’t pay a bit of attention.”

So Smith empathizes with most of the women who have come forward with allegations of sexual harassment or violence. But at the same time, Smith also thinks the #MeToo movement, credited for empowering women to come forward with such accusations, may be getting out of hand.

“I sympathize with them but some of them almost give you the impression that they kind of ask for what they get,” says Smith. “They’re flirtatious and they know that person has a reputation of being a little bit on the loose side.”

“I don’t think the allegations are false, but I do think if the truth is known we would find at least 5 percent and maybe 10 percent of the accusations now are where somebody was too friendly or just says, 'Hey, I like your clothes you’re wearing. You look sexy’,” says Banbury. “What’s wrong with telling someone they look good?”

Propelled by the #MeToo movement, women have come forward against public figures such as Bill Cosby, Harvey Weinstein and politicians on both sides of the aisle.

“I think if a man is coming on to a woman and he is in a position of authority, that’s a criminal offense and he should go to jail over it,” says Dean. “If it’s just a man on woman, I think she has the right to refuse.”

"I'm not surprised to see it happen," Edwards adds of the #MeToo movement. "A man should have to answer for his actions. It'll help for equal rights. I have yet to hear about a woman being accused of sexual harassment."

A look at Illinois’ and the nation’s history of electing women suggests that the gender gap is closing.

According to Rutgers University’s Center for American Women and Politics, Eagleton Institute of Politics, Illinois ranks sixth in the nation for having the most female legislators at 63, or 35.6 percent. The center also states that since 1971, the number of women serving in state legislatures has more than quintupled.

Nationally, 107 women currently hold office in Congress, including 23 in the U.S. Senate and 84 in the House, the most in the country’s history.

“A lot of our people in Washington are getting older,” he says. “If you look at the age group of a lot of these people, they’re old and she’s (Duckworth) young, so she’s bringing young ideas that a lot of the people who are older don’t think about. Like having a baby on the floor. Nobody thought about it because we never had a problem with it before. So now we do and I think it’s really cool that it passed and allowed this to happen for her.”

But McNaughton, Smith and Dean say there is more work to be done to close the gender gap.

“It’s still a little under,” McNaughton says of female representation. “I like a variety. Different ethnic backgrounds, different things, bring different views to the table. If you have a bunch of people with all the same views at the table, you don’t really get new ideas and things going. Then you just get stuck in a rut.”

“‘A man thinks with the practical side of his brain and a woman thinks from the emotional side of hers,’” says Dean. “I think that’s a wonderful combination.”

“We (females) have a sense of what’s right and what’s wrong and we have a better sense, I think, of trying to work together,” adds Smith.

Banbury isn’t opposed to more women in government but he doesn’t think the ratio should necessarily be a 50/50 split with men.

Stan Polanski contributed to this story. Contact Keith Stewart at keith.stewart@effinghamdailynews.com or 217-347-7151, ext. 132.