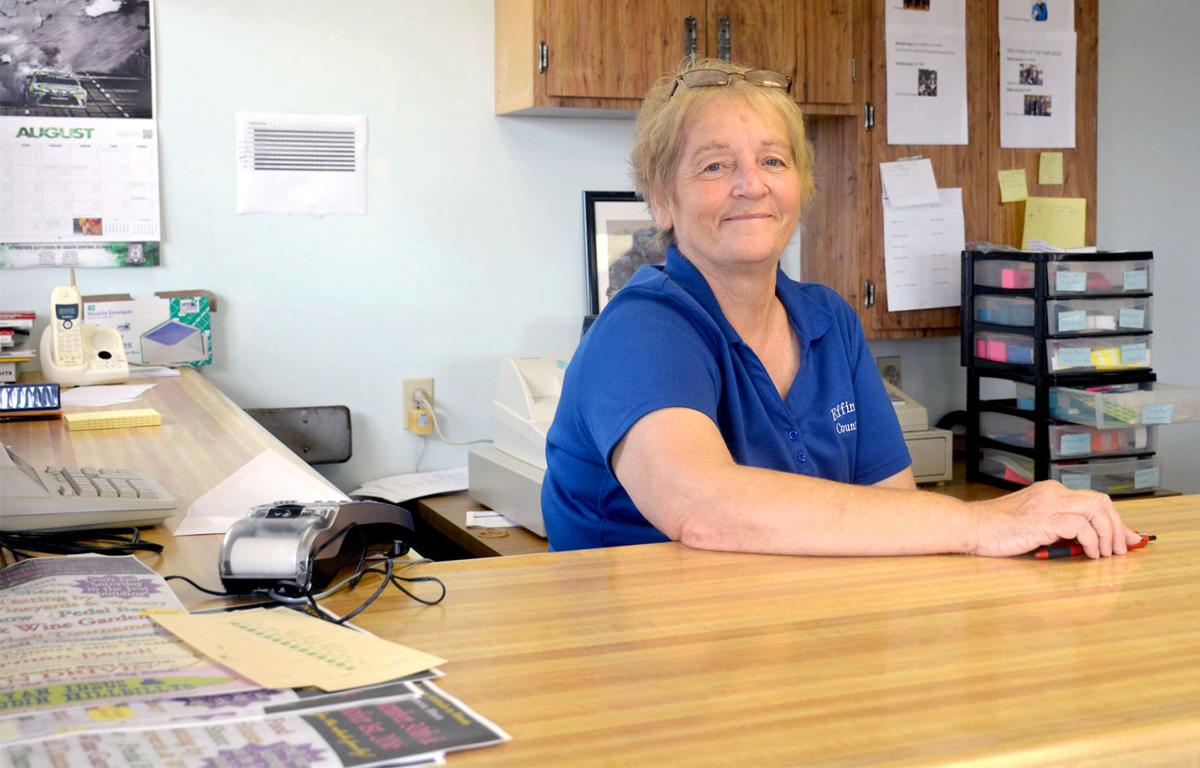 Roxie Wendling stands behind the counter in the ticket office at the Effingham County Fairgrounds Tuesday. 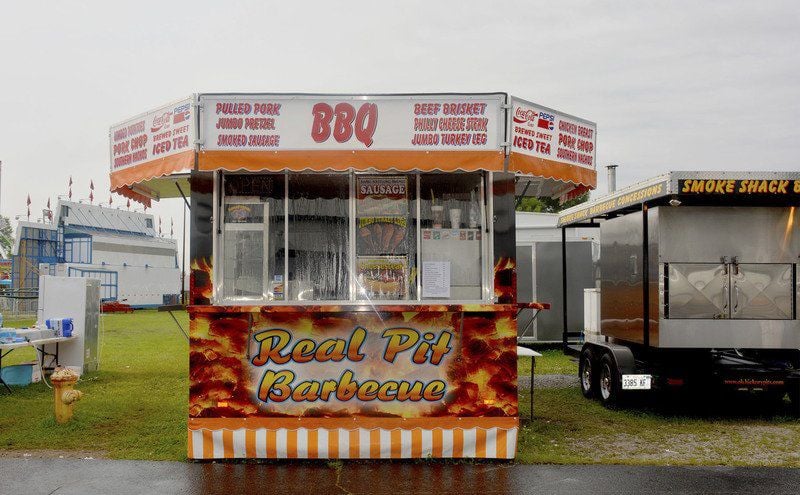 The facade of the Myers' concession stand at the fair is shown. Kaitlin Cordes Photo

Roxie Wendling stands behind the counter in the ticket office at the Effingham County Fairgrounds Tuesday.

The facade of the Myers' concession stand at the fair is shown. Kaitlin Cordes Photo

For one Effingham County Fair volunteer, involvement in the festivities is an annual tradition for her family.

Roxie Wendling of Altamont has been working the ticket office on the fairgrounds every year since 2000. She has also served as the Effingham County Fair Association Assistant Secretary. In 2002, she began serving as the association Secretary.

"I like being around the people and working with my co-workers," Wendling said of her job at the ticket office.

Volunteering at the fair is a tradition for other family members, too.

Wendling said her husband has previously served on the fair board and her brother, Rex Homann, runs the annual tractor pull events. Her daughter, Lisa, also works with her selling tickets for the fair's variety of events.

The fair has been a long-standing family tradition for Wendling. Her four children showed cattle through 4-H, and her parents typically invested in box seats in the Grandstand. Now, her grandchildren attend the fair.

"We all live in Altamont," said Wendling. "The whole family comes out."

Even though she is on the grounds almost every day of the fair, Wendling said she rarely gets to see the events she sells tickets for because she is confined to the ticket office.

Every once and a while, she and her co-workers take turns manning the ticket counter so they can peek in at the concerts or tractor pulls.

The ticket office was empty Tuesday morning as Wendling sat perched behind the white counters awaiting the day's first customers.

The quiet scene in the office would soon be replaced later in the evening by patrons scrambling to buy tickets before they sold out.

Wendling said the office has been particularly busy an hour or so before each event, especially the night of the first round of tractor and truck pulls held Monday night.

"People are waiting till the last minute because of the rain and the weather we've had so far this year, and I don't blame them," Wendling said.

With the busy nights soon to come, Wendling said she is grateful for the staff that helps out in the ticket office.

Without them, Wendling said, she wouldn't be able to run the stand.

Lisa Conner, Mary Stice, Marilyn Schafer, Lori Grimsley, Deb Nelson, Deb Winter and Karen Feldkamp write up checks and fill in where they are needed in the ticket office.

The fair board members also come in and help when they are able to, Wendling added.

"It takes all of us to get this job done. It's a group effort," Wendling said.

Todd and Patty Myers of Altamont also have a history at the fair. The Myers own the Smoke Shack BBQ stand and have been selling a variety of pork dishes from their stand at the fair since 2005.

Their family business has three units that travel to 36 different locations year round in Illinois, Missouri, Indiana and Florida.

"I like seeing hometown people and putting a smile on their faces. That's what it's all about," Todd Myers said.

His ultimate goal though is to keep boosting fair attendance.

"I'd like to keep the attendance growing throughout the generations," said Myers.

Kaitlin Cordes can be reached at 217-347-7151 or kaitlin.cordes@effinghamdailynews.com