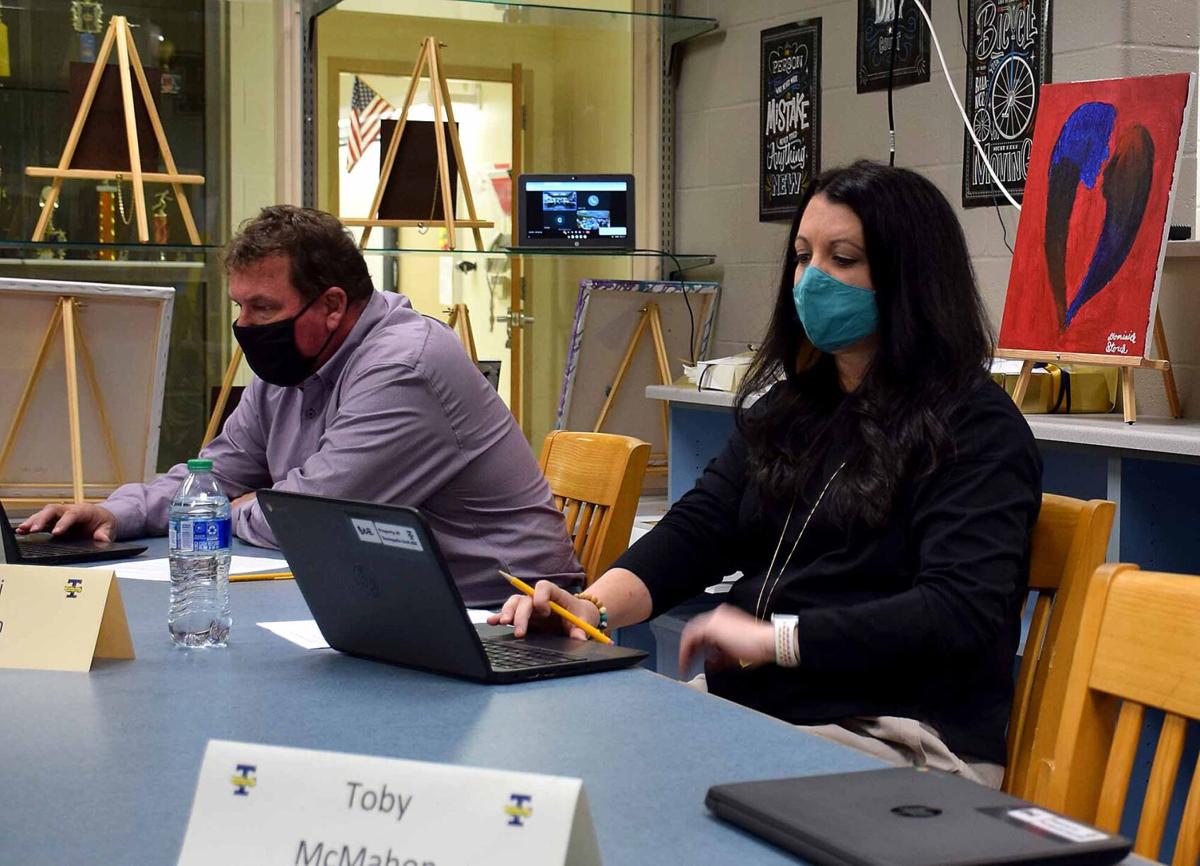 Traci Martin and Troy Ozenkoski study the information in front of them Monday during a Teutopolis Unit 50 school board meeting. 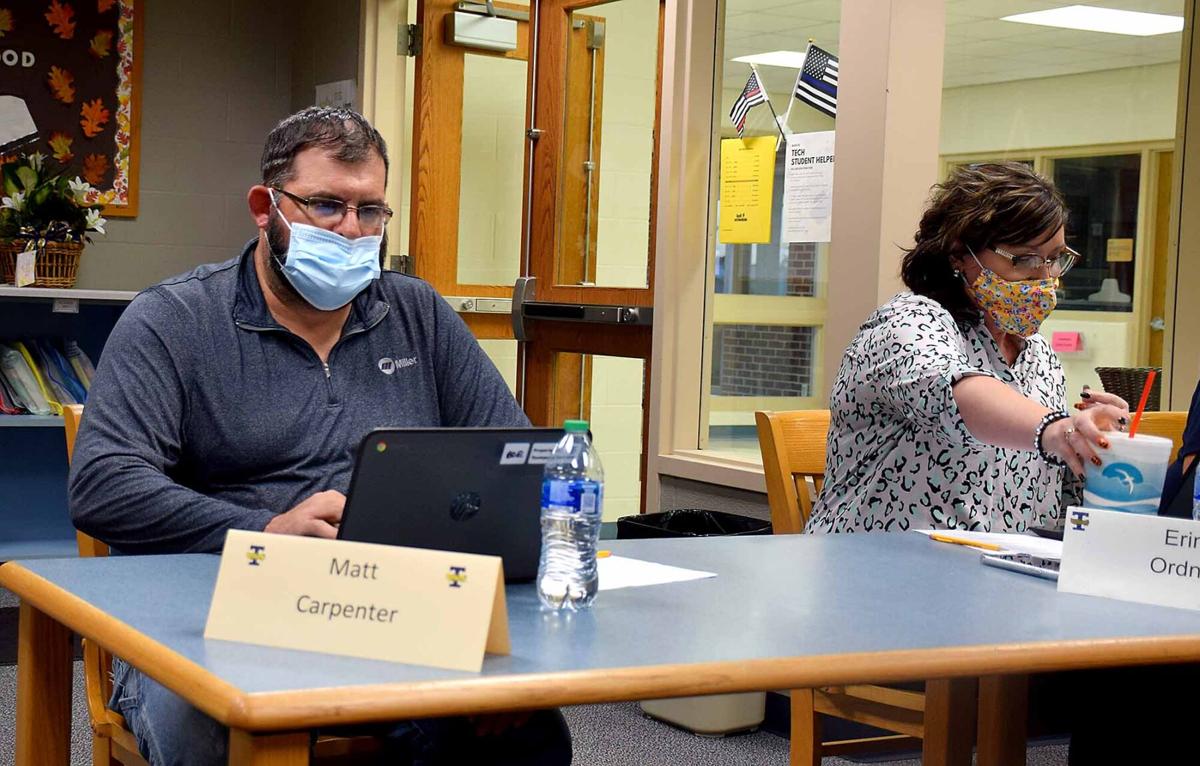 Traci Martin and Troy Ozenkoski study the information in front of them Monday during a Teutopolis Unit 50 school board meeting.

The Teutopolis Unit 50 school board approved a bid this week to install an exterior drainage system at the junior high school.

The board approved a $76,000 bid from Wayne Pruemer Concrete Construction of Teutopolis to provide the school with the new drainage system. All four of the prospective bids were from the area and the Pruemer bid was one of two hailing from Teutopolis. Exterior drainage at the junior high was something that Superintendent Matt Sturgeon said was not present when the building was built in 1997.

“For whatever reason, it did not include exterior drainage,” Sturgeon said. “That means that our gutters and downspouts would kick directly off the building.”

The district worked with The Upchurch Group of Mattoon to come up with the design that was eventually put up for construction bidding. The overall plan of the project is to try and redirect water out of drainage spouts towards a retaining pond northwest of the school. Because the project deals with an issue that could affect air quality at the building, it qualified for ESSR II funding from the federal government.

At the moment, Sturgeon said that the building was in good shape, with no current water damage to the structure. However, without the repairs, he said that future damage was a distinct possibility.

“If this issue remains unabated, we’re going to have foundation concerns, concrete concerns (and) masonry concerns over time,” Sturgeon said.

• Discussed the results of a student survey on potential high school homecoming options. Principal Greg Beck said that students favored a parent-run homecoming dance over an event held at the high school that had to follow federal, state and local COVID-19 guidelines. A coronation would likely still be held at the high school on the Friday prior to the dance in December. The event is tentatively stated for Dec. 11, with the coronation held the day before.

• Also discussed a proposal for an after school program, “Shoe Club,” at Teutopolis Grade School. The program would run Tuesday-Thursday from 3:45 p.m. to 5:45 p.m. in the gymnasium and would make use of the playground and the west wing of the lower level. A snack, homework help, games and crafts would be included with the program. Sturgeon said that discussions for the program came out of a desire for more after school help for school-age children, giving working families a safe place to bring their children after school.