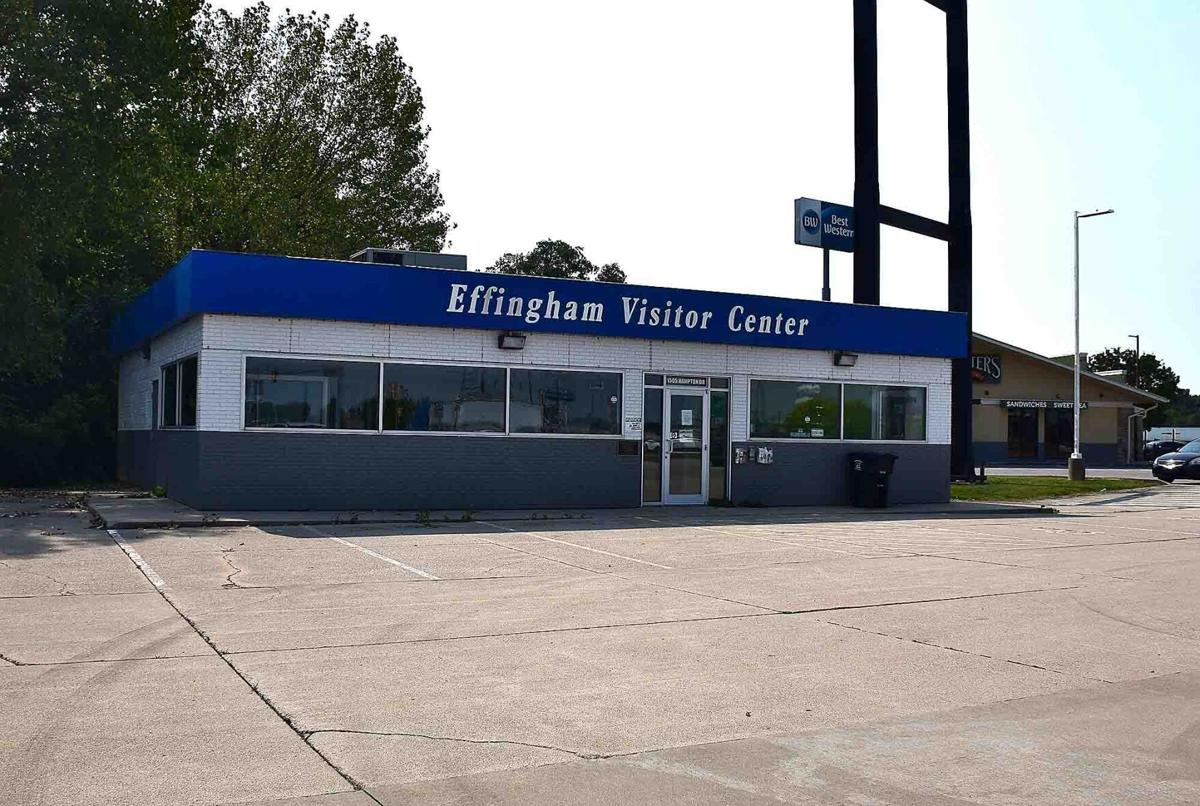 The former home of the Effingham Tourism Office sits silent Sunday. A proposal to demolish the former building and replace it with a RentX store is currently being considered by the Effingham City Council. 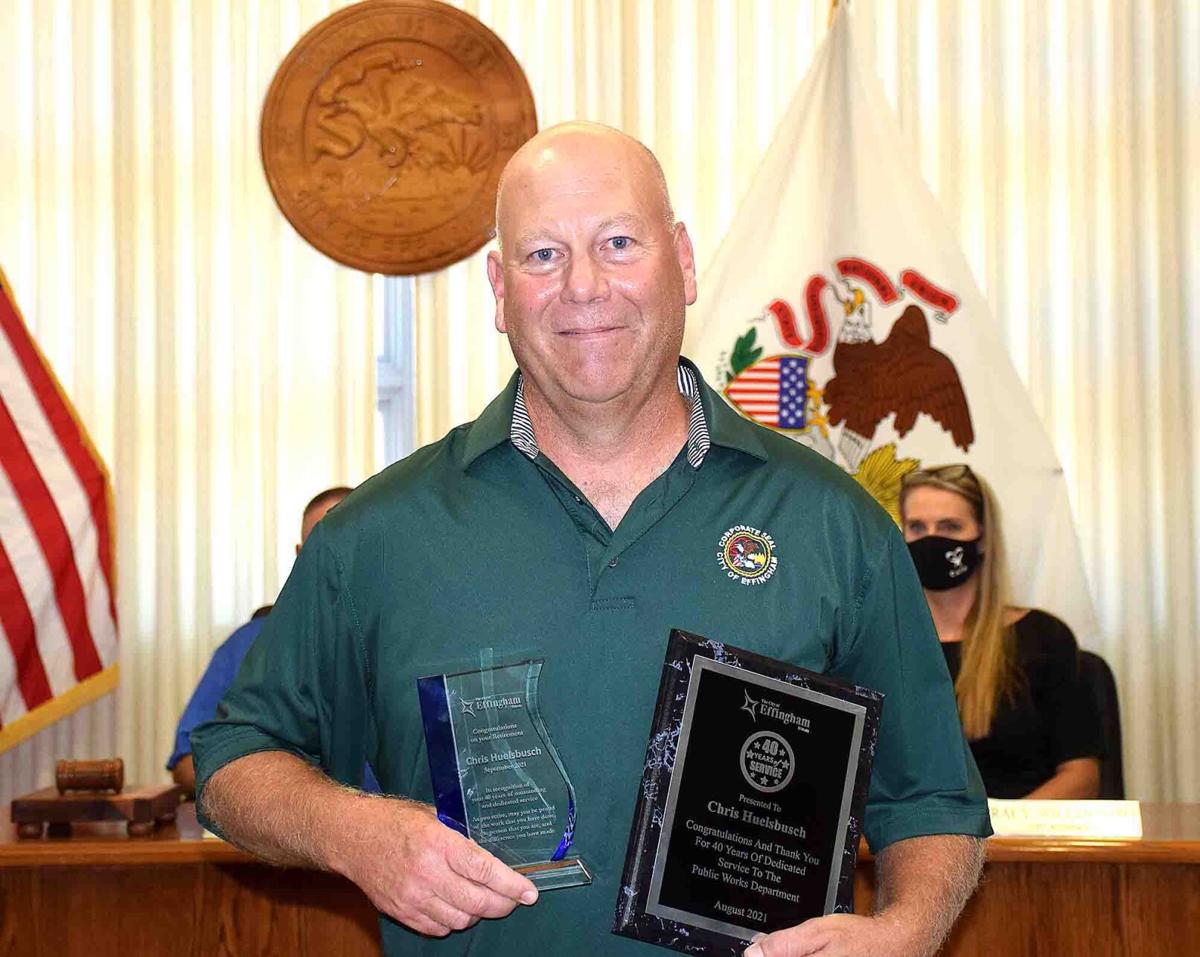 Chris Huelsbusch shows off the plaques he received Tuesday from the City of Effingham for 40 years of service to the Public Works Department. Huelsbusch retired from his position Sept. 10.

The former home of the Effingham Tourism Office sits silent Sunday. A proposal to demolish the former building and replace it with a RentX store is currently being considered by the Effingham City Council.

Chris Huelsbusch shows off the plaques he received Tuesday from the City of Effingham for 40 years of service to the Public Works Department. Huelsbusch retired from his position Sept. 10.

EFFINGHAM — The Effingham Tourism Office has completed its move to Effingham City Hall, potentially allowing for a new business to take its former place at the Effingham Visitor Center on Hampton Drive.

The office said in a press release last week it had completed the move to its new office, which would be easier for visitors to access in the downtown area. Director of Tourism Jodi Thoele said the main goals of the office haven’t changed despite the move.

“We are eager to join the bustling community that is downtown Effingham,” Thoele said. “No matter our location, our offices will always be a resource for the community, its visitors, and anyone looking for things to see and do in the City of Effingham.”

The move comes in light of a proposal brought to the Effingham City Council last week that would expand Effingham Builders Supply’s footprint in the city. The owners of the company proposed to build a new 5,000-square-foot RentX store on the site of the visitor center, allowing for the demolition of the old building in order to facilitate the new building. The RentX brand currently operates out of EBS’ current facility on Evergreen Drive, in addition to a stand-alone facility in Mattoon.

Dick Mette, president of Effingham Builders Supply, said he had meetings with city officials regarding the property, offering to purchase it for $450,000, with $150,000 being placed in escrow. If the project is not complete by April 2023, the escrow would be payable to the city.

The council did not take action on the proposal, but they are likely to do so at their next meeting on Sept. 21.

In other council news:

• The council approved a $12,543 proposal from Midco Diving and Marine Services to do cleaning in two storage wells and three marine tanks across town. Cleaning will be done at Clearwell 1-2, the North and South Elevator Towers and the Evergreen Ground Storage tank.

• The council also approved an amendment to a resolution that would close Jefferson Avenue between 3rd and 4th Streets for the Corvette Welcome Fest on Sept. 17. It will now be closed at 2 p.m., rather than the initially scheduled 4:30 p.m.

• The council approved an agreement with Milano and Grunloh Engineers to do a planning study for a new sewer system along U.S. Route 40, east of Salt Creek. The planning study is necessary in order for future grants to be provided for the potential completion of the project.

• The city honored Chris Huelsbusch for his 40 years of service to the Public Works Department. City Administrator Steve Miller provided him with a plaque honoring him for his tenure, which began full time in 1981 with the Street and Sewer Division. Huelsbusch steadily rose up the ranks of the department in the following years, eventually becoming an operations manager in 2010. Huelsbusch’s last day was Sept. 10.

• The city recognized Lt. Tom Webb of the Effingham Police Department as its Employee of the Quarter. Webb was praised for his hard work, development, teamwork and collaboration over the past two years, in addition to his actions in assisting an elderly woman with mental health issues find assistance for her problems.