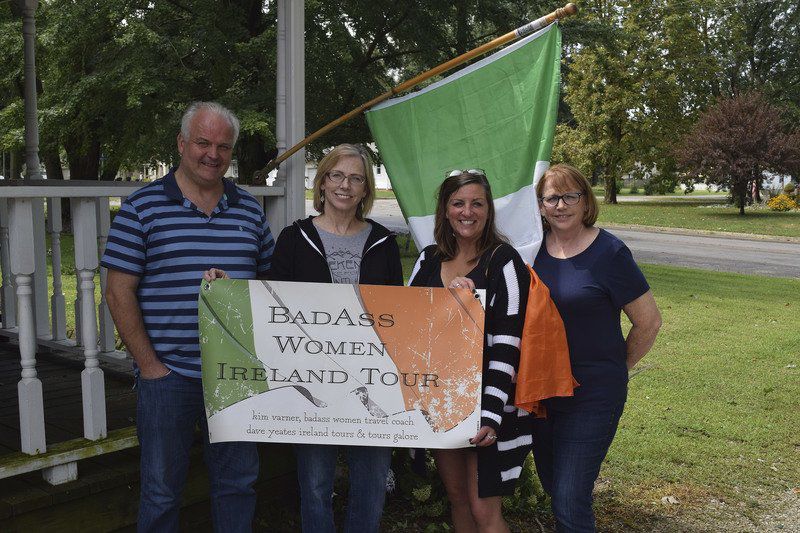 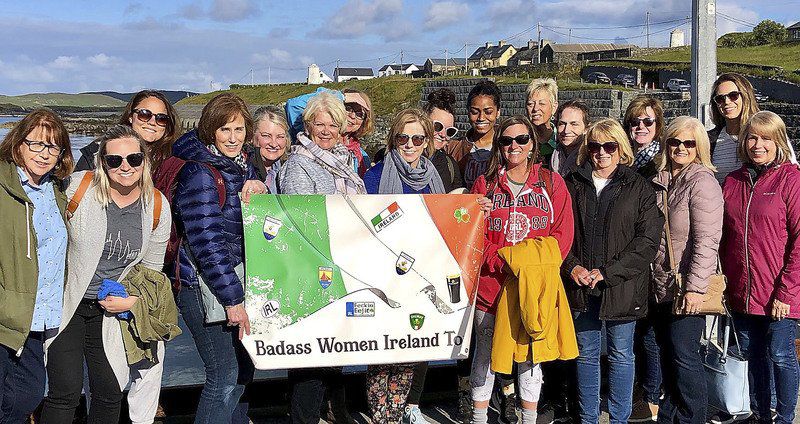 Kim Varner of Neoga had a vision of taking women on an experiential trip.

She wanted women who were willing to embrace travel as a journey instead of a destination. So, she created the Badass Women Ireland Tour.

The tour involves a group of women who have survived challenges and want to go on.

“We were looking for women wanting to go and experience Ireland and get out of their comfort zone,” she said.

Stops along the tour feature places where women have experienced hardship, including Tenement Museum in Dublin.

During a visit there, the tourists were told about childbirth in the 19th and early 20th centuries. During the time tenement housing was used, Ireland experienced its highest infant mortality rate.

Other stops have inspired those on the tour.

A memorable moment came for the women on the tour during a visit to St. Brigid’s holy well, where thousands of mementos, rosaries, prayers and pieces of clothing have been left in the stone grotto of the well.

Varner said one of the purposes of the tour is to live in the moment and experience life with your senses.

“You feel like you’re on the ground of ancestors that walked a different path,” said Jeanine Hinshaw, of Neoga, who has been on the tour.

Hinshaw said in Ireland the beauty is constant and back here it has been hard to find a place that is similar.

“Every little moment felt like peace to me,” she said. “Since I’ve been back, I’ve been trying to live more in the moment because of what I experienced on the trip.”

While each one comes away with an experience, they also come away with something else.

When Nicole Gregory of Rossville joined one of the tours, Varner was the only person she know on the trip. But that soon changed.

“From the moment we got together to the end, everyone there supported one another,” she said.

Not just anyone can go on the tour, though. Varner, who has visited Ireland seven or eight times, said women have to be nominated by someone. Women on the tour have been from all over the United States.

Varner said two more Badass Women Ireland Tours are planned for next year with version 2 of the tour the year after that.

If you are interested in taking the Badass Women Ireland Tour contact Kim Varner at KVBAtours@gmail.com for more information.