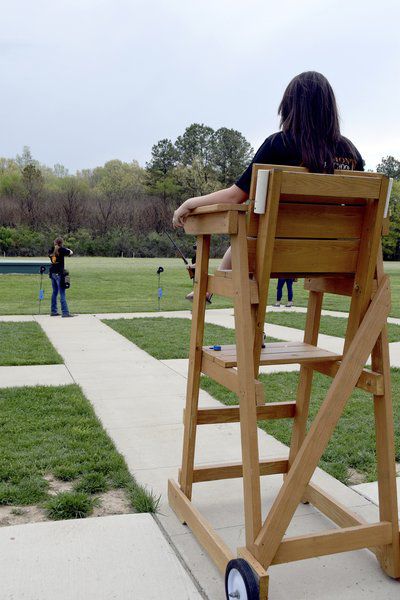 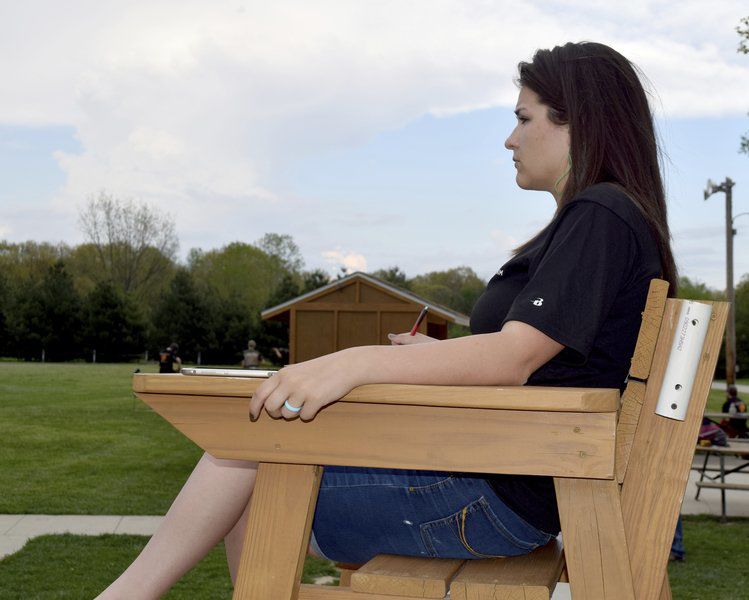 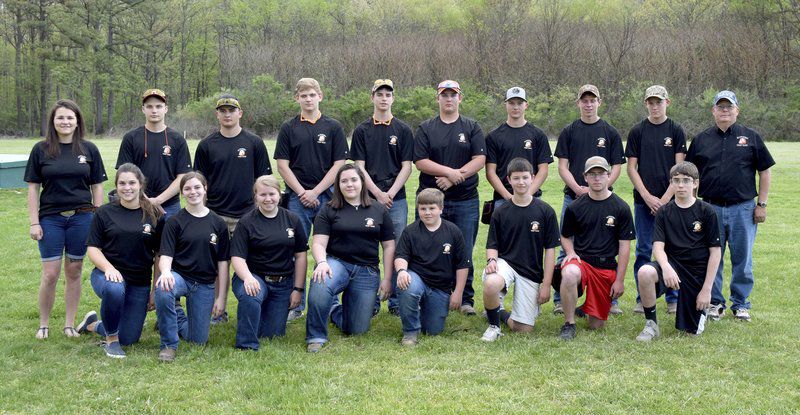 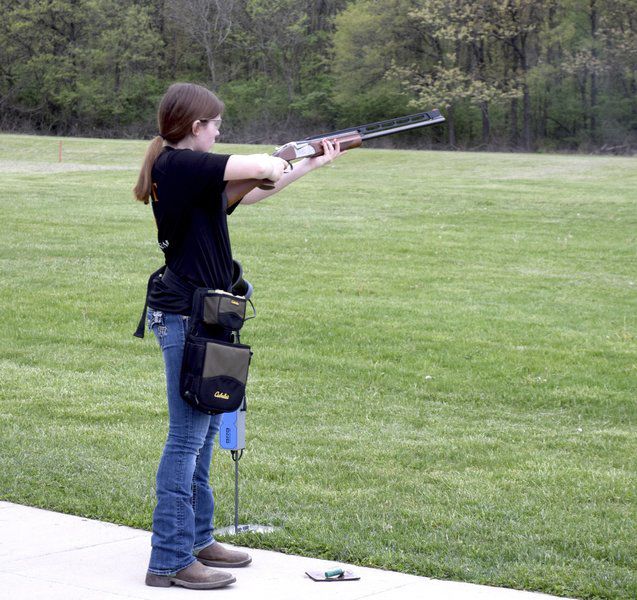 Adrianna Harris, a junior at Altamont High School, prepares to take a shot at a clay target with her SKB 85TSS shotgun. Charles Mills photo 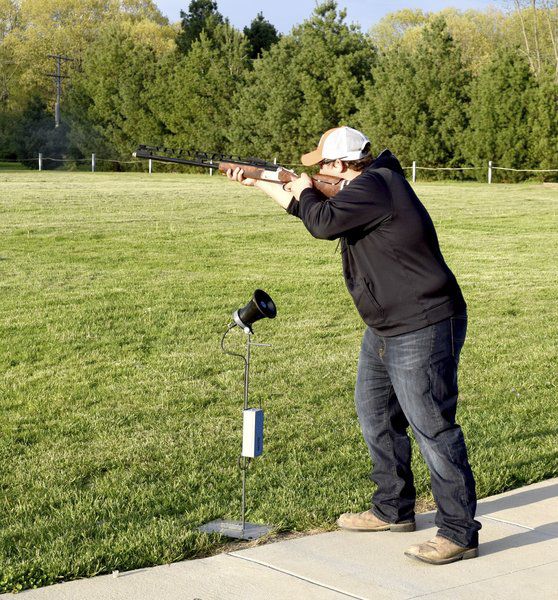 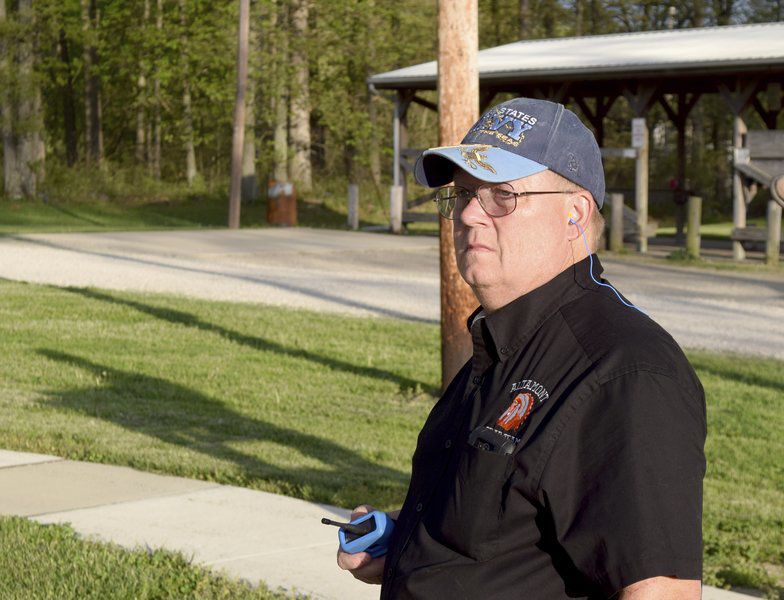 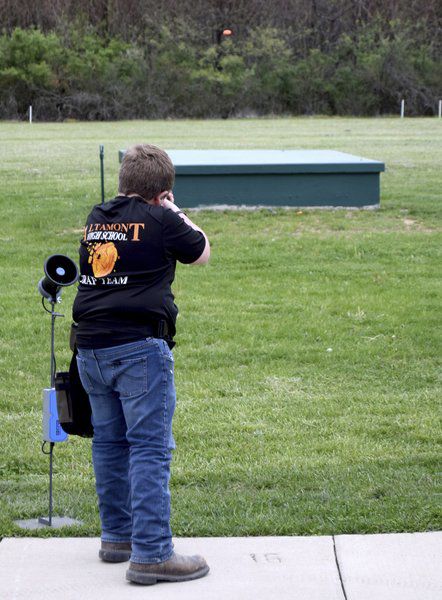 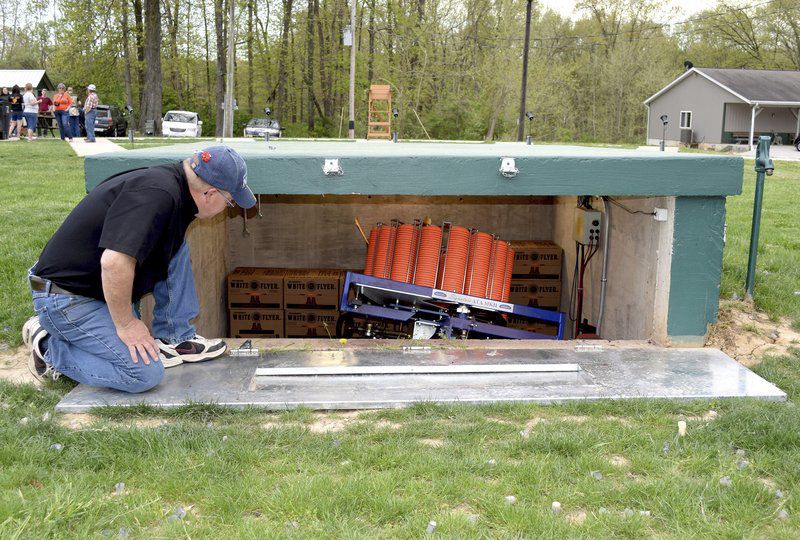 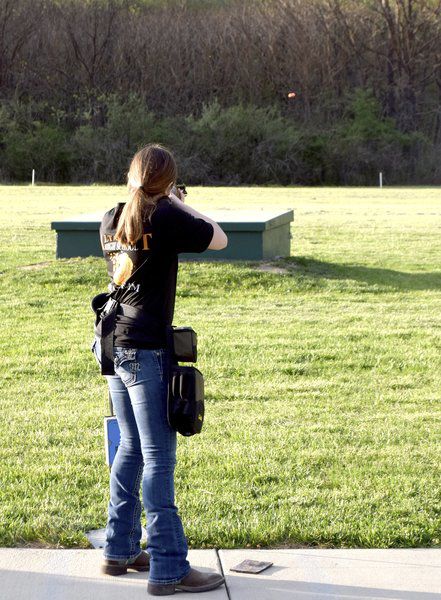 Adrianna Harris a junior at Altamont High School takes a shot at a clay target with her SKB 85TSS shotgun. Harris is a member of the AHS Clay Team competing in its first season. Charles Mills photo

Adrianna Harris, a junior at Altamont High School, prepares to take a shot at a clay target with her SKB 85TSS shotgun. Charles Mills photo

Adrianna Harris a junior at Altamont High School takes a shot at a clay target with her SKB 85TSS shotgun. Harris is a member of the AHS Clay Team competing in its first season. Charles Mills photo

It's followed by the loud crack of a shotgun aimed toward a bright orange clay target being launched randomly into the air, like a hockey puck smacked out of control at a hockey game.

They are part of Illinois State High School Clay Target League and have both boys and girls competing on the same team.

Clay target shooting, commonly known as trapshooting, appears to be gaining popularity in Illinois as a high school team sport. According to one of the Altamont High School Shooting coaches, Don Williamson, the Illinois high school league, only in its third year, is part of the national USA High School Clay Target League, a 501(c)(3) nonprofit organization.

The sport requires a lot of volunteers, including parents, according to Williamson.

“You are running five kids on each of these (two firing lines). You have a scorer and a range safety officer on each line,” Williamson said.

Williamson says the safety officer will take care of problems on the line, such as dented shells that won’t go off or gun malfunctions. He recalled an incident where a forearm stock fell off a shotgun.

“We had an incident the other day I called a wardrobe malfunction,” Williamson said. “We were all distracted for awhile, and the rest of the day we couldn’t shoot a thing.

“Anything that gets you out of your sequence ruins your concentration,” Williamson added.

Williamson said the kids are responsible for buying their own guns and ammunition. He noted the Effingham County Sportsman’s Club, where the Altamont team and the rest of the Effingham County high school teams practice and compete, offers clay targets for sale at a discount for the students.

Effingham County gun dealers give high school team members a discount on gun purchases and ammunition, according to Williamson. Each participant must have a firearms safety certification.

Williamson said Illinois high school team conferences are based on how many kids are on the team rather than school size or location. Altamont has 26 team members this year. Even though Altamont High School plays much larger schools, Williamson is impressed with the success of the Altamont team in its first season.

“I have off days obviously, but things have really come up since the beginning,” Schmidt said.

Schmidt as an individual placed in the ISHS Clay Target League competition this spring by shooting 50 straight targets in a row. Only three in the state hold the 50-straight scoring title for their first week of competition.

Schmidt credits his performance to his hunting experience. Over the years, Schmidt says he has hunted a lot of deer, ducks and geese.

“That’s when I started getting into it, knowing how to lead and follow them,” Schmidt said about how he adapted his hunting experience to shooting clay targets.

“Consistency is what it’s all about,” Schmidt added.

Female team member and AHS high school junior, Adrianna Harris, has hunted since she was a young girl and feels shooting trap is a natural fit. Harris readies her new SKB 85 TSS shotgun for competition.

“I love to hunt and fish,” Harris said. “The school just started it and I figured I'd be interested, so I just gave it a try.”

“I grew up hunting. My dad surrounded me with it. He always hunted and fished,” Harris said. “I've been hunting since I was about 4 or 5.”

Altamont High School sophomore Paula Holland and her brother, freshman Christopher Holland, are both members of the Altamont squad. Holland shoots a 20-gauge Remington 870 in competition.

“I've never trapshot before this year,” Holland said. “I went from shooting fives to now shooting 20s (five of 25 targets to 20 of 25 targets) in just a matter of weeks.”

“I shoot around 75 shots normally during practice,” Holland said. “And sometimes, I come out on my own time to practice.”

“I have hunted all my life and I just love the passion that it brings,” Holland added.

Williamson said the first couple of weeks of practice were a little rough for some team members.

“It just took them a while to get used to the 12-gauge kick,” Williamson said. “It bruised a lot of people up out here in their shoulders and cheeks until they got used to it.”

“The key is safety. It is the No. 1 thing,” Williamson added. “The next is to have fun and enjoy it.”