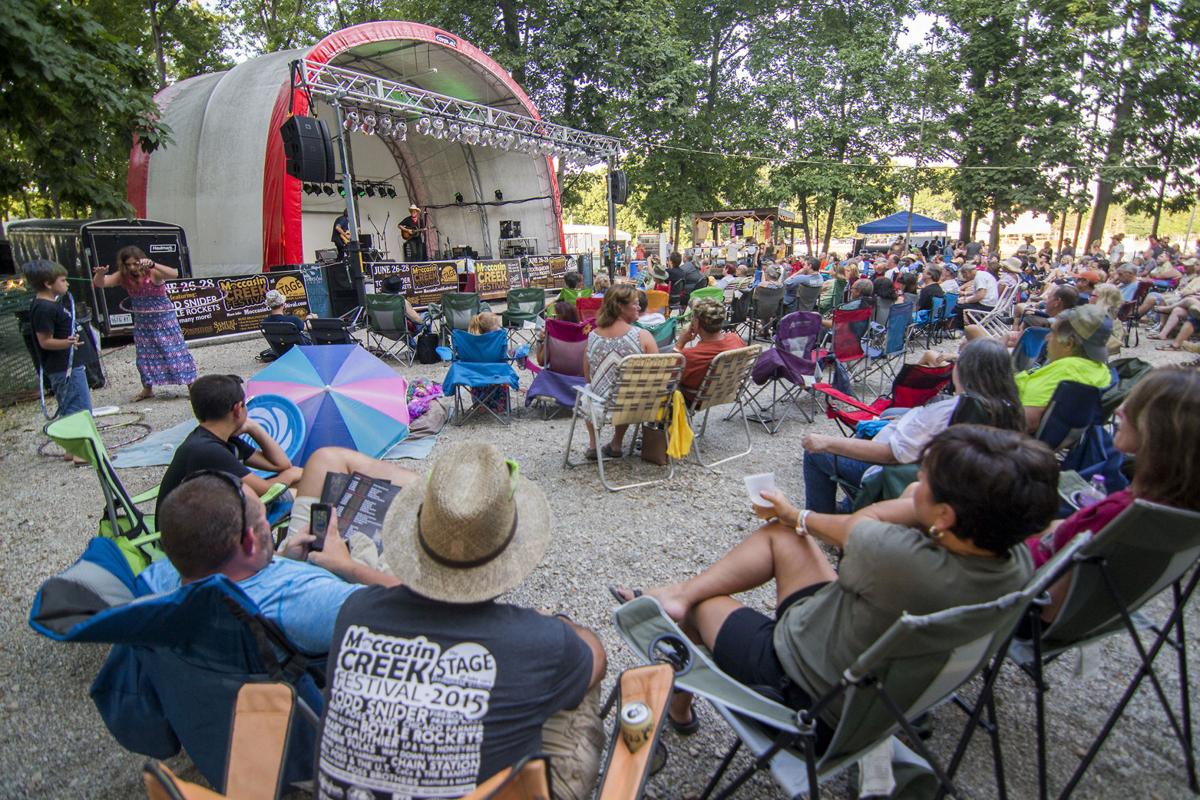 The 2016 Moccasin Creek Festival near Lake Sara drew around 1,000 people. 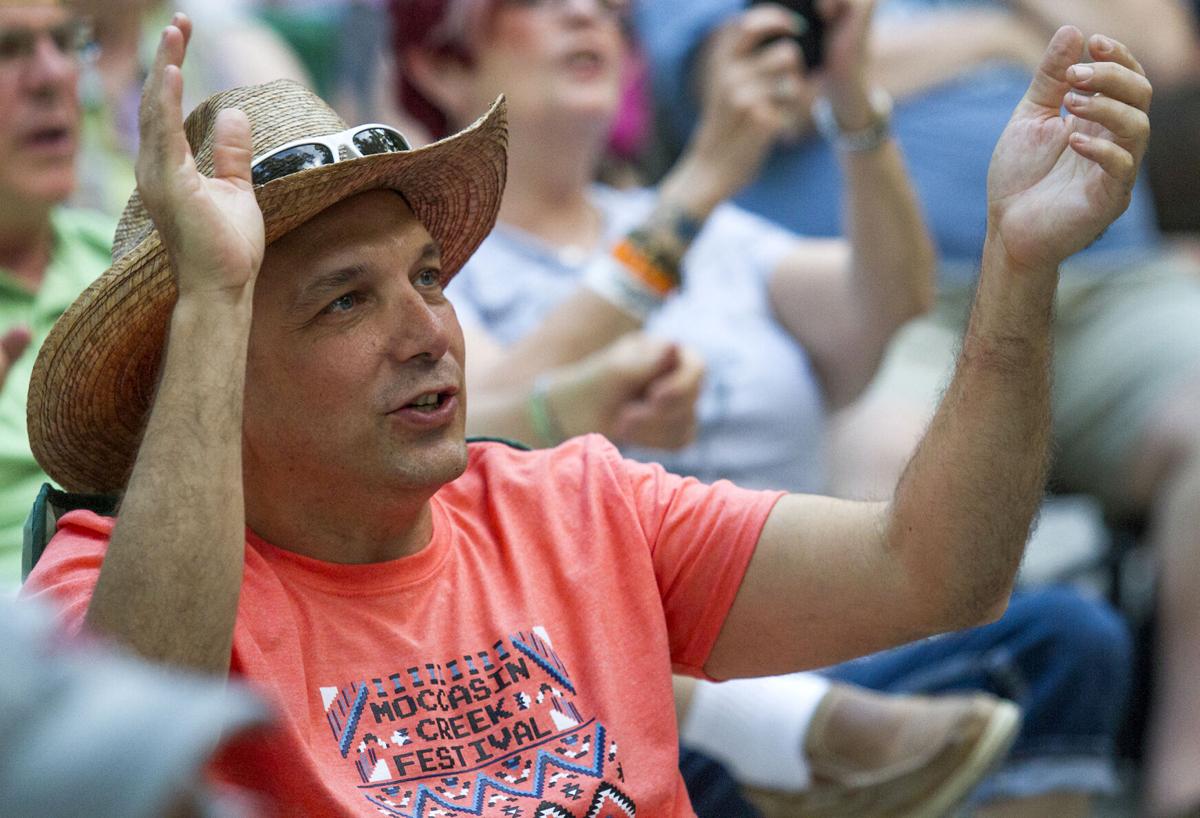 Bill “Poss” Passalacqua enjoys one of the several bands playing at the 2016 Moccasin Creek Festival.

The 2016 Moccasin Creek Festival near Lake Sara drew around 1,000 people.

Bill “Poss” Passalacqua enjoys one of the several bands playing at the 2016 Moccasin Creek Festival.

One Effingham resident whose business depends on large gatherings of people was stopped in its tracks by the COVID-19 pandemic.

“We had to cancel everything,” Passalacqua said.

“We canceled all of our festivals, several shows and Artist in Residence program this year,” Passalacqua said. “All have been rescheduled for next year.”

“So, that’s a lot of artists that don’t get paid, a production crew that don’t have jobs and vendors who don’t have places to vend. Everybody in the business is struggling,” Passalacqua said. “Personally, I had open mic every week and I can’t do that now.”

Passalacqua said during a normal month he would host four open mic nights and two to three music performances every month especially in the summertime.

“That was all iced,” Passalacqua said. “That’s my whole living.”

“I’m really fortunate to be married to someone who has a job, so I’m not going to starve,” Passalacqua added. “I would be lying if I said it wasn’t challenging.”

He said with the extra time he has directed his energy in other ways working with his wife, J.J., to write songs, started a bluegrass band and started writing a memoir.

“We are getting better because we are rehearsing every week,” Passalacqua said. “And I’ve come up with a new festival.”

He said he is writing up a plan for that festival, featuring local and touring bands, to be held during harvest time with an agricultural theme.

“With the extra time that I’ve had, I’m trying to make my time after the pandemic more productive,” Passalacqua said.

Passalacqua said music artists have a problem when it comes to seeking grants or relief for loss of income. He said he reports his income to the IRS, but most times doesn’t get a 1099 form for playing music at a venue because the venue is not required to file Form 1099 if it pays a musician under $600 for just a single performance. He said that makes it hard to apply for relief or grants because he doesn’t have the paperwork to show his actual income.

He said even though a musician reports it on his or her taxes, if a musician wants relief he or she would have to show a 1099 as proof of income. Just showing them your tax returns of what you say you made isn’t considered proof of income.

“The $1,200 (stimulus) given out by the government helped some of those musicians really struggling,” Passalacqua said. “Some people are totally dependent on money they make from music.”

Passalacqua said another source of his income comes from being a booking agent for bands from out of state.

“My job is booking a band out of Colorado called Chain Station and all of their gigs have been canceled, except for a couple of small weddings,” Passalacqua said.

He said he started as the band’s booking agent last October, but didn’t get paid until February of this year, leaving Passalacqua without a 1099 for last year.

“So, I don’t qualify for extended unemployment. I never received a penny of unemployment,” Passalacqua said. “We are totally out of work, because the government says we’re out of work.”

“I agree with the decision (shutting down because of COVID-19), but if you’re going to ask everybody to not do anything, it seems to me there ought to be some kind of support,” Passalacqua said.

He said some small businesses are struggling to stay open, along with people not having money to spend. It’s causing a lot of anxiety in the community, he said.

“And the anxiety is not unfounded. It’s real,” Passalacqua said. “There is all of this gigantic uncertainty of what is going to happen in the future.”

Passalacqua said people not wearing masks and not staying away from other people in large groups, parties and gatherings are not helping him or other musicians who want to get back to work.

“As long as we see this behavior, the pandemic is not going to get under control,” Passalacqua said. “It just makes us anxious, because it makes us think we’re going to be out of work indefinitely.”