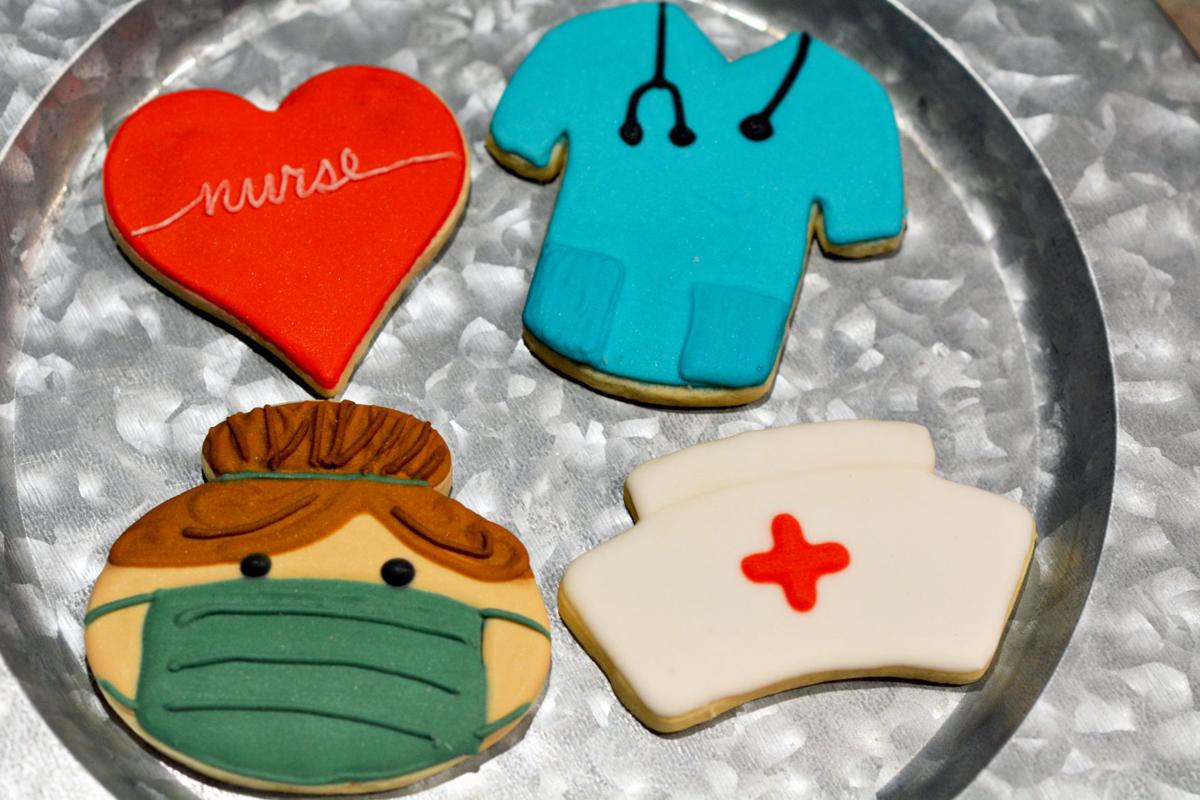 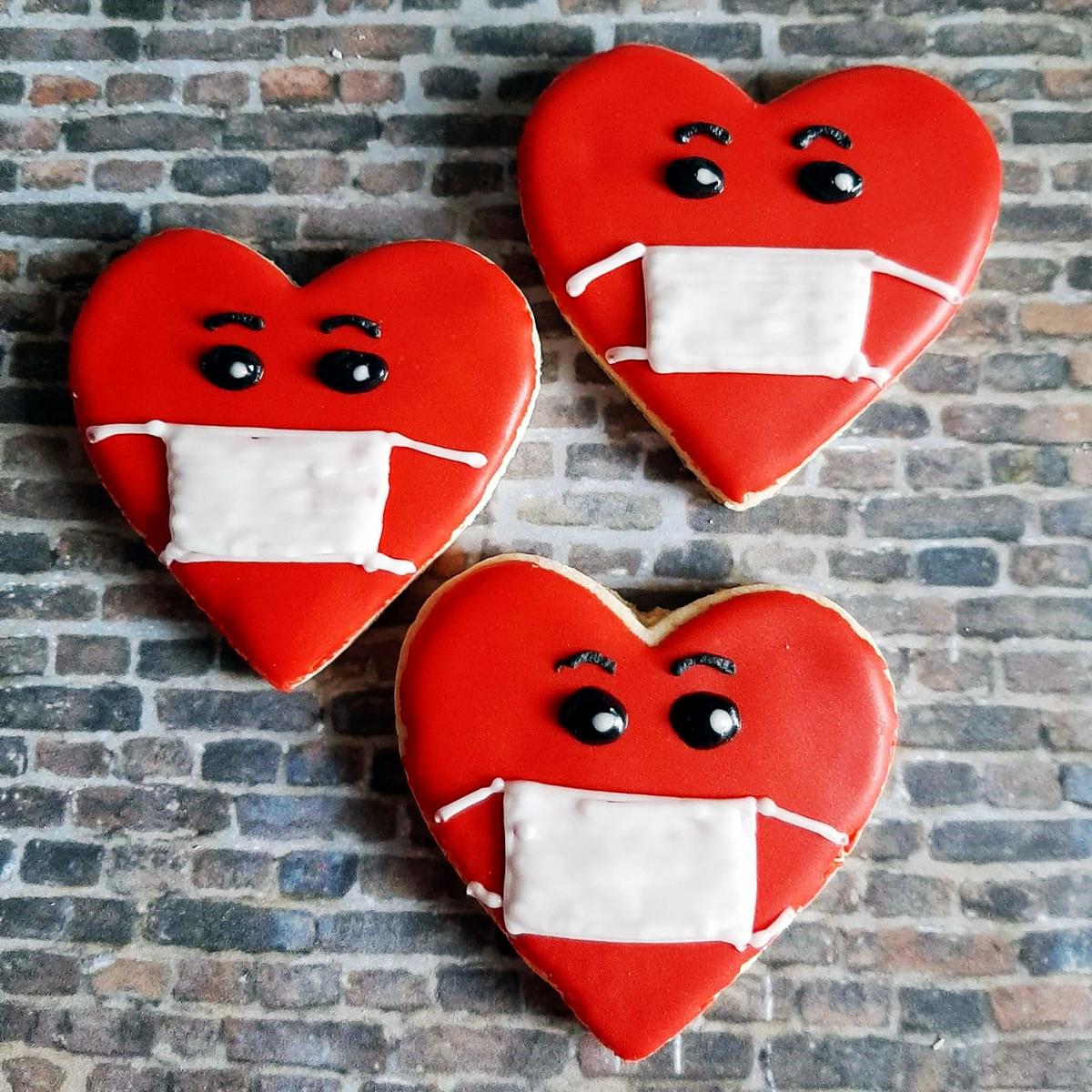 Shown are cookies Liz Wernsing has made honoring essential workers. 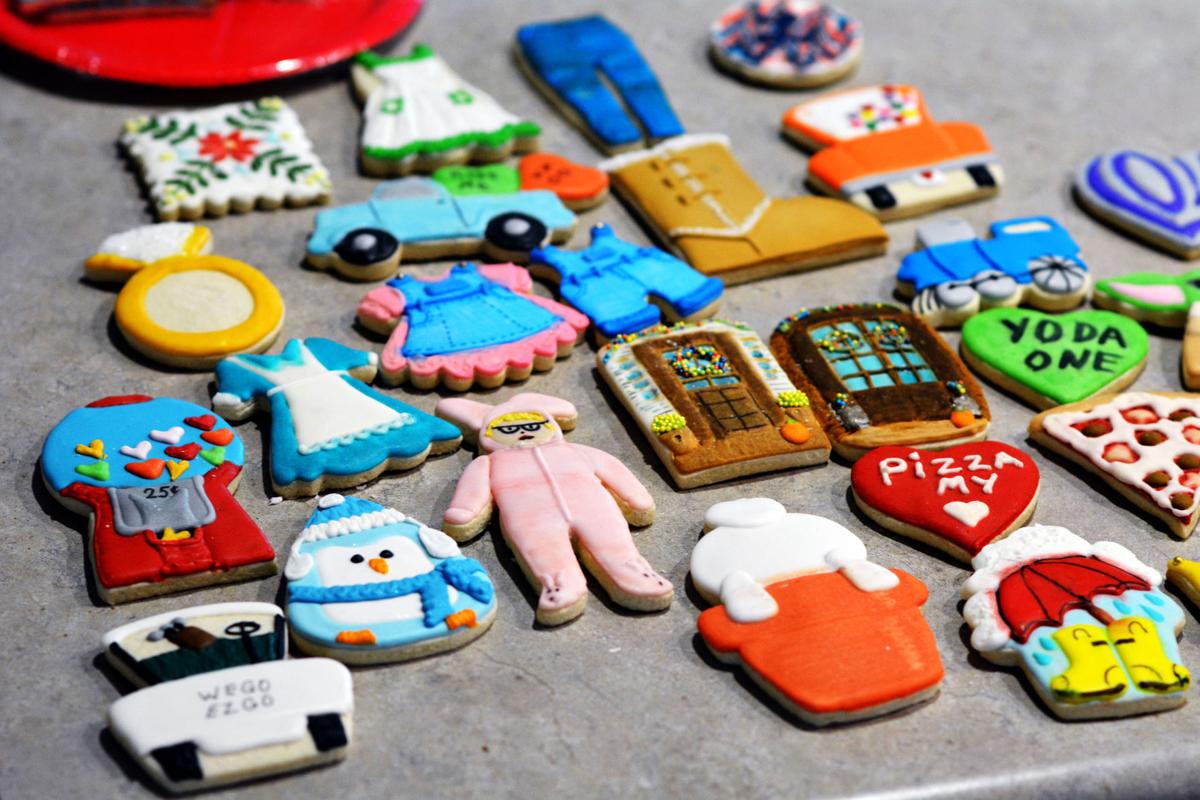 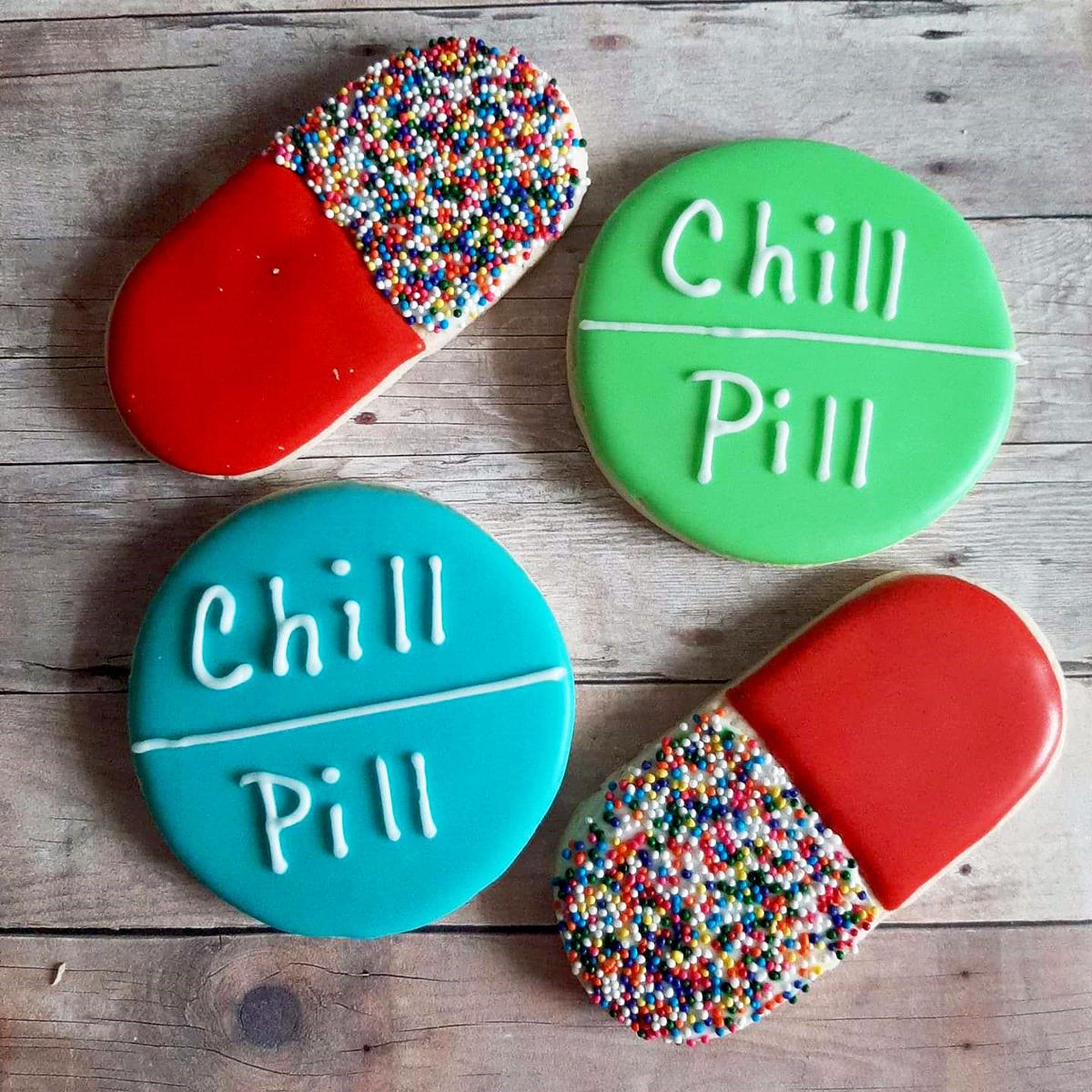 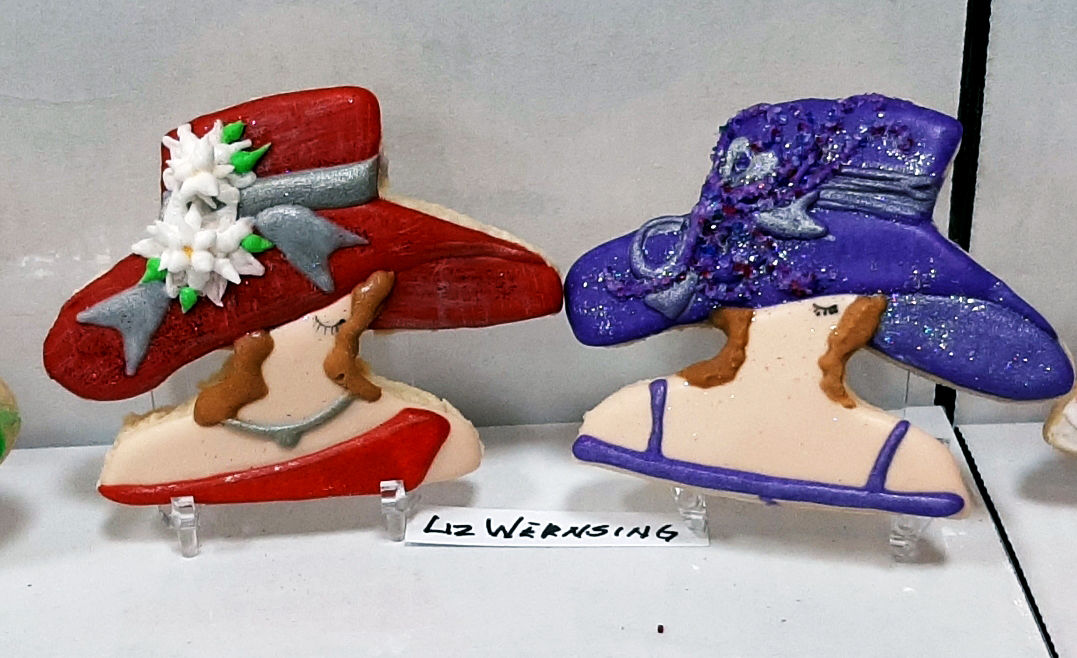 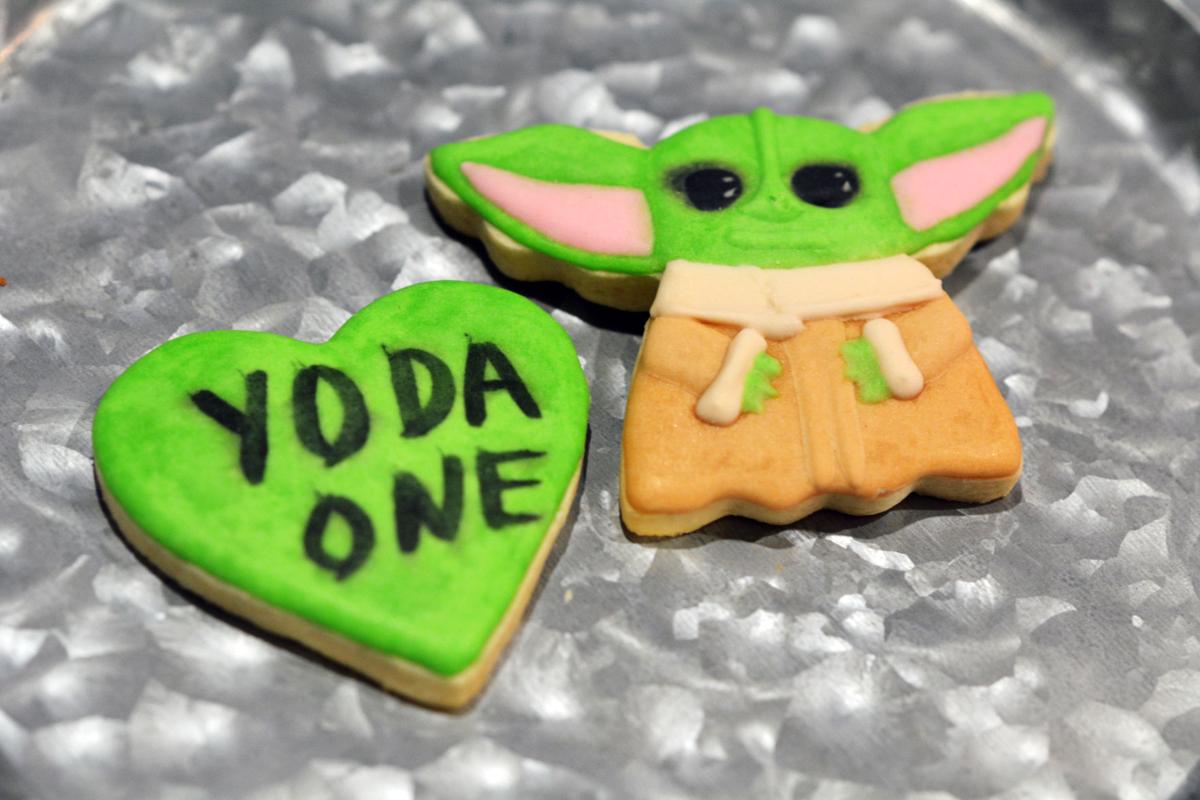 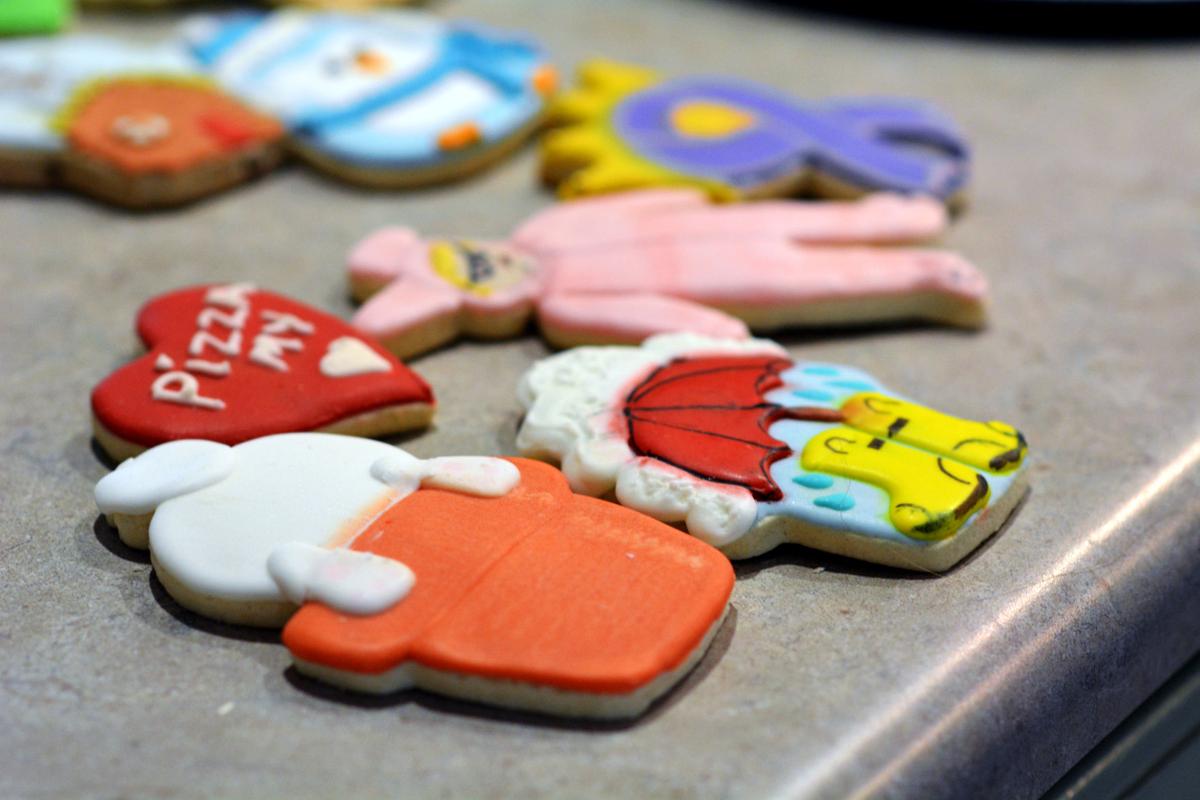 Shown are cookies Liz Wernsing has made honoring essential workers.

Walk into Liz Wernsing’s kitchen on an ordinary afternoon, and you’ll likely see her watching a cookie tutorial on her tablet.

And when the Teutopolis resident isn’t watching cookies being made, she’s making them.

While Wernsing doesn’t consider herself a cookie connoisseur, she has spent the last 30 years honing her skills in the art of cookie decorating. However, her culinary passion dates back further.

“I’ve always loved baking and cooking. During the summer, I was home alone while my parents worked. Many times, I had dinner ready when they came home,” she recalled.

Wernsing started venturing into cookie making for her children. When her daughter went to college, she started sending batches with her when she went back to school. The cookies soon became popular with her daughter’s dorm mates.

“They started sending some money down for her to bring cookies back,” she said.

That prompted Wernsing to start a business, CookiesToGo. Now she sells her cookies at the Effingham Farmers Market, through Facebook and word of mouth, but admits she isn’t interested in making money, calling the business more of a hobby.

“I’ve given away more than I’ve sold,” said Wernsing.

That is especially true during the coronavirus pandemic.

Wernsing felt inspired to start using her cookies to help sweeten the day for those in the community.

“I made a bunch of those and put them in a basket at the end of my driveway with a teddy bear and I just invited kids. Parents brought their kids and got free cookies,” she said.

Wernsing did the same before Easter, making egg-shaped cookies.

It doesn’t matter to Wernsing if she’s not making money.

Wernsing’s designs have included a hospital scrub shirt with a stethoscope, a nurse and a heart with face masks, and something everyone could use – a chill pill.

Wernsing has given cookies to pharmacies, hospital workers and just random people who need a pick-me-up.

“I give cookies to local people I feel need them,” she said.

Wernsing has even made do-it-yourself cookie kits for kids to keep them busy during the stay-at-home order.

Wernsing generally doesn’t keep track of how many she makes or gives away.

She has donated hundreds of cookies each year to the Taste of T-town fundraiser, for benefits and for families going through hard times. Her charitable giving has extended beyond her hometown to help people in other states.

Wernsing became involved through a friend in a bake sale to raise money for children’s cancer research in Sister Bay, Wisconsin. The bake sale helps fund the Go Bo! Foundation, which was started by a boy with terminal cancer.

Since his death in 2012, the bake sale has continued to raise money and attracts cookie enthusiasts worldwide. Wernsing heads to Wisconsin about every year to help with the sale. The last few years she has arrived a week early to help unbox the artfully decorated cookies, a job she enjoys.

“It’s the best Christmas present you ever opened. Just to look at them, it’s like ‘oh, my gosh,’” she said.

“Buying cookie cutters is an addiction – ask any cookier,” she said.

With only so many cookie cutter shapes available, Wernsing has gotten creative with the cookies she designs.

“I’ve done a lot of improvising,” she said.

She morphs two different cookie cutters to create what is called a “Frankencutter.” When pointed out, the shapes are easily recognizable. But when put with another shape and disguised with icing, they take on a whole new shape. A onesie pajama cutter and the head of a bunny were used to create pink bunny-suited Ralphie from “A Christmas Story.”

Wernsing used a pickup truck with a Christmas tree cutter and added her own twist.

“I cut the Christmas tree off and added two hearts,” she said.

She also has “flipped” cookie cutters and turned them into unexpected designs. She made a cupcake-shaped cutter into a cookie designed with an umbrella and rainboots.

A cactus pot cutter became a bunny coming out of a pot, and a closer look at Wernsing’s Yoda cookie reveals the shape of an angel.

Wernsing has become part of a network of “cookiers,” that share ideas through Facebook and a cookie convention every year called CookieCon. Wernsing attends the conventions, billed as the largest gathering of cookie artists in the world.

“There is a huge sugar cookie world out there,” said Wernsing.

Wernsing has also become involved in cookie trading. She displays the cookies she gets from other cookiers, along with her own, in a wall shelving unit.

When Wernsing started making cookies, she said there wasn’t a cookie network or online videos to learn from.

“I taught myself,” she said.

Now with an online cookie class and network of cookiers, Wernsing has started getting more creative.

But she still relies on good-old trial and error.

Wernsing doesn’t eat her own cookies except to test them once in a while after they’re first baked. She reserves that pleasure for her husband, family, friends and whoever. She rather enjoys the process of making them, but admits it can get daunting at a certain time of the year.