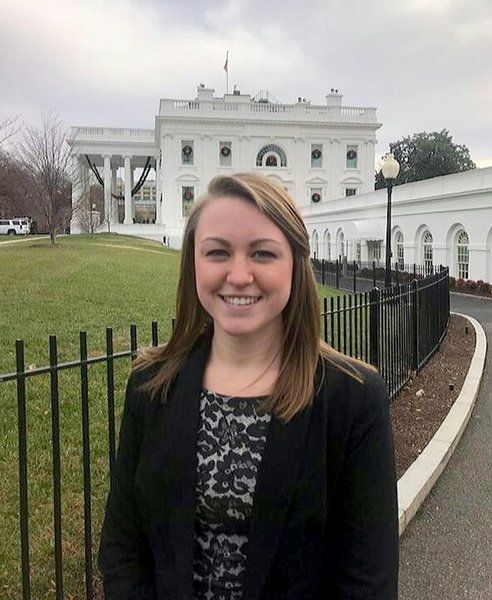 Lea Thoele, during her internship with the White House. Submitted photo 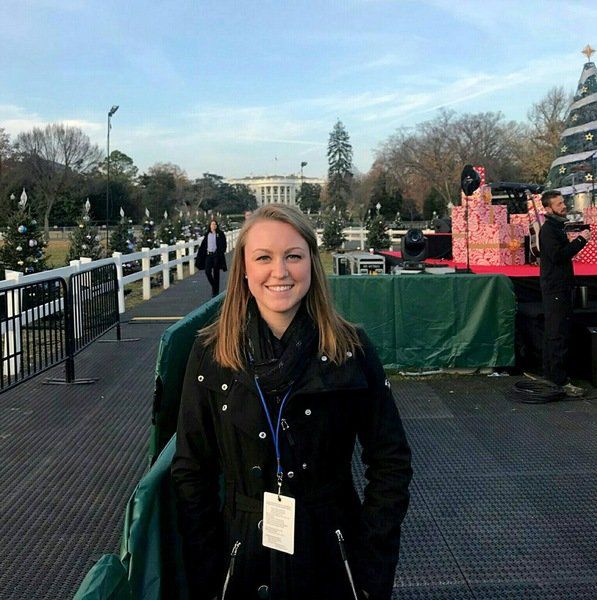 Lea Thoele, at the site of the National Tree Lighting Ceremony. Submitted photo

Lea Thoele, during her internship with the White House. Submitted photo

Lea Thoele, at the site of the National Tree Lighting Ceremony. Submitted photo

She interned in the Office of Presidential Advance, a group tasked with making the president's events run smoothly. The office decides what the press corps has access to and where they can set up cameras. Presidential Advance staff also work with employees who travel ahead of Trump to set up events.

"I learned a lot," said Thoele, 21, a student at the University of Illinois Springfield. "We did a lot of work with advanced associates. We make sure they have everything they need."

Although she didn't formally meet Trump, Thoele said she saw him a few times at events.

"I got to see how he actually is," she said, "and not how the media portrays him or how he is on tv.

"The hardest thing about the internship was seeing the news. After working for him directly, you start to have an appreciation and loyalty to him. You see the good in him that a lot of people don't get to see."

After interning with Illinois Policy Institute, a Chicago-based conservative think tank, Thoele was forwarded a White House Internship Program application. She applied, but she didn't think she'd be chosen and made other plans.

Then one morning she woke up to read a congratulatory letter from the White House. Initially, she was concerned about having to cancel previous arrangements.

"I cried for a week straight," Thoele said. "I wasn't happy, but I knew I needed to do it. And I thought of all the people who would do anything for the internship. I'm very glad I did it. You just can't turn down the White House."

Living in Washington, D.C. and interning on the White House campus was motivating for Thoele. She worked at the Eisenhower Executive Office Building, located near the West Wing, where most White House offices are.

"I would walk up the steps and look at the White House," Thoele said. "I took a picture from that angle about 40 times. Knowing not many people get to experience that was really humbling."

Thoele plans to get back to her classwork, but she also has an upcoming internship with the Illinois Senate Republicans. The Teutopolis native could see herself graduating and continuing in politics.

"I enjoyed the public service part of the White House internship," she said. "You're there for the American people and you're literally working for them."

Stan Polanski can be reached at stan.polanski@shelbyvilledailyunion.com or 217-774-2161 ext. 1.