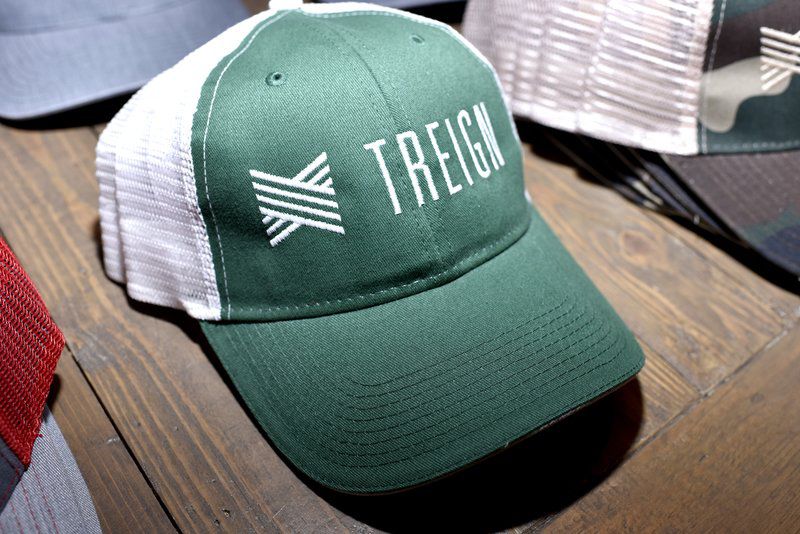 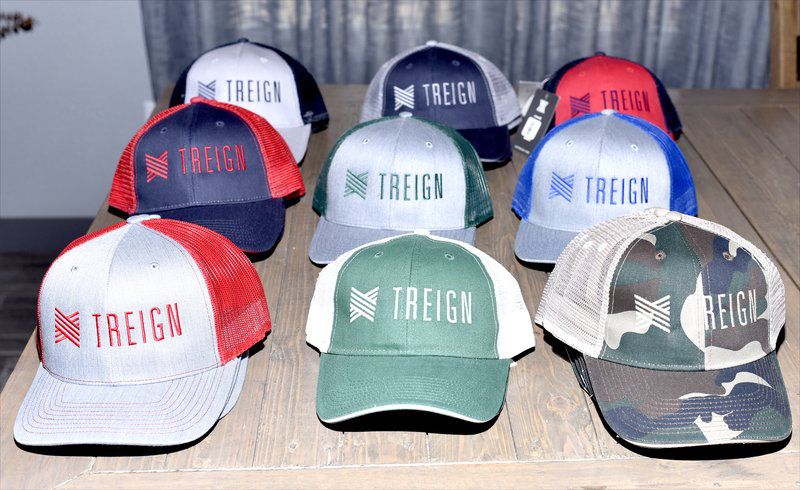 A variety of hats are available from Treign, a new athletic wear company near Teutopolis owned by Jason Hanson and his wife, Sallie. Charles Mills photo 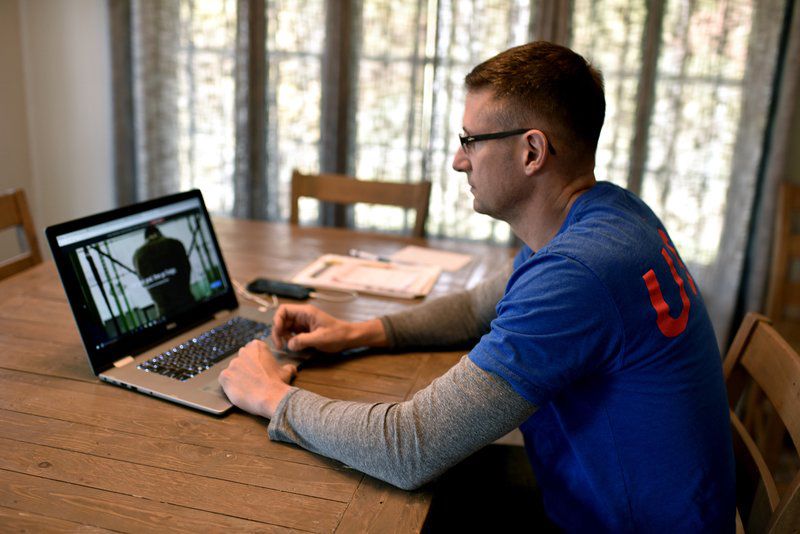 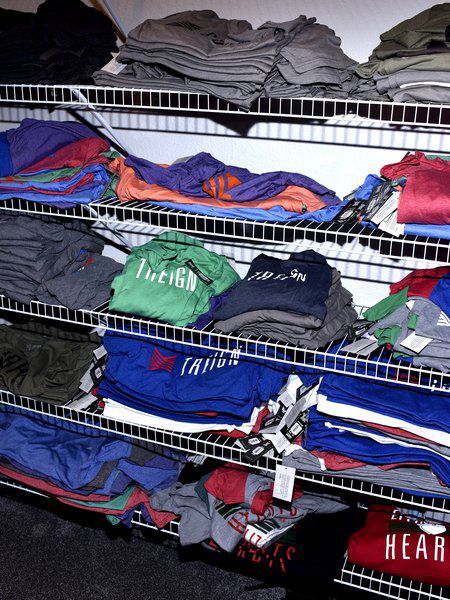 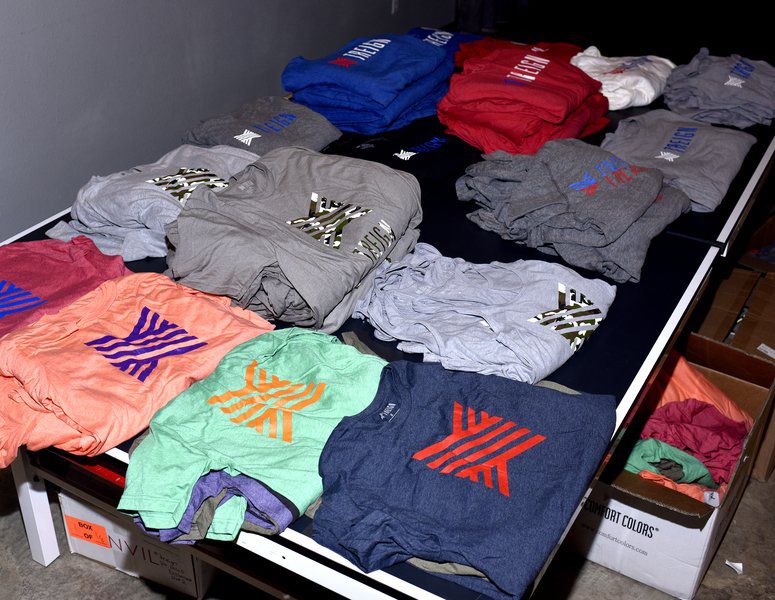 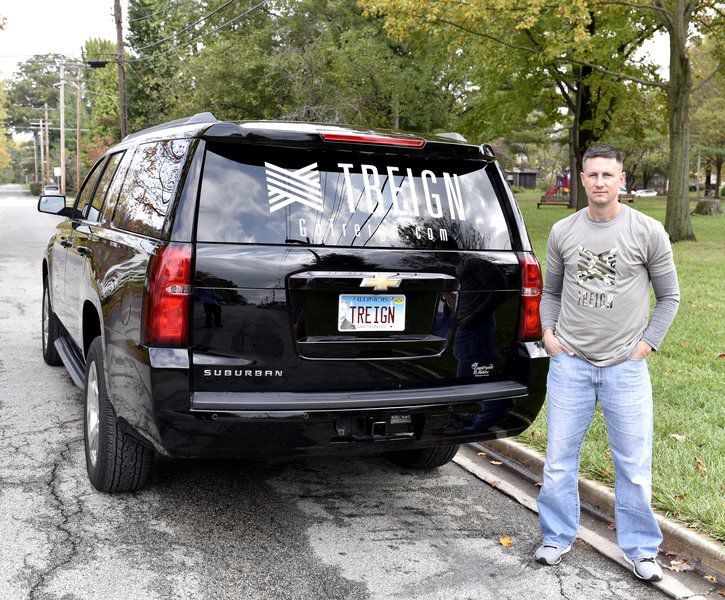 A variety of hats are available from Treign, a new athletic wear company near Teutopolis owned by Jason Hanson and his wife, Sallie. Charles Mills photo

Passion is something most of us experience in one form or another. However, taking that passion to the next level is not as easy for some as it is for others, especially when that passion starts small and builds into something beyond expectations.

Jason Hanson of Teutopolis found his passion for creating an athletic apparel company during his college years.

“At the time, I didn’t have the knowledge, skills, time and money to really do something like that,” Hanson said.

After college, Hanson became a teacher and coach for several years before pursuing a position in sales.

“I really had a good sales job and really enjoyed it,” Hanson said. “But, the product was not necessarily a passion.”

In May of 2016, Hanson said he became serious about starting an apparel company by coming up with some ideas and by late July of 2016 the Treign athletic wear company became a reality.

According to Hanson, the name of the business has an interesting history.

“I wanted to name my son Treign 16 years ago,” Hanson said. “My wife said that’s not going to happen. She wasn’t too fond of the idea.”

Hanson said when he was searching for a company name he brought up the name Treign again.

“It just seemed like a natural fit for what we wanted to do,” Hanson added.

The company’s identity was created with the help of artist Alexandra Sager. It is representative of a hand wrap worn by ancient athletes in Rome called a himantes.

When the company first started, Hanson was still working his sales position and coaching varsity basketball for Teutopolis High School.

Hanson kept his coaching position and decided to leave his full-time sales job in October of 2016 to devote more time to the new business he co-owns with his wife, Sallie.

“We were in the process of building our house and my wife only worked part time at that time,” Hanson said. “So to leave a good sales job was very hard and scary.”

“Honestly, it wasn’t about necessarily making a great living,” Hanson added. “I just felt like this is what I should be doing.”

The company sells a wide range of athletic wear including T-shirts, hats, sweat shirts, jackets, quarter zips, polo and recently added shorts to the list of inventory. In the future, Hanson hopes to manufacture a line of socks.

“We are going to slowly try to add to what we do,” Hanson said about expanding the company’s inventory selection.

Hanson said being a coach, former athlete and someone who loves sports makes the apparel business a good fit.

“I’ve always enjoyed sports,” Hanson said. “And our goal is to have quality apparel at a good price.”

Today, Hanson continues his athletic prowess to stay in shape by participating in CrossFit competitions.

Hanson feels it is important to give back, so a portion of his company profit goes to helping others. The company has raised money for veterans organizations through one of their designs and a special line of clothes was designed to help raise money for Sonlight Christian Academy in Port-de-Paix, Haiti.

“We donate $5 from every piece of apparel sold within that line to the academy,” Hanson said.

Hanson says the business is definitely a family business.

Being a new business, there are no full-time employees, Hanson said. He currently runs the business out of his home. However, he has help from Sallie, her parents, children 16-year-old Asa, 12-year-old Eli and 8-year-old Cooper.

Sallie takes on the responsibility of accounting and keeping the company organized while other family members help to pack and ship orders.

“My wife and I couldn’t run this on our own,” Jason Hanson said. “It’s very good that we have this many people to help.”

The company works with several contractors and has a salesman who works on commission.

“We are actually starting to look at the possibility of hiring people either part or full time fairly soon.” Hanson said.

Hanson plans to move out of the house and into a building by next summer that serves as an office, inventory storage and shipping facility.

“Fortunately, we’ve done really well in our first year,” Hanson said. “It’s gone far better than I could have ever, ever dreamed. People have been very, very good to us.”