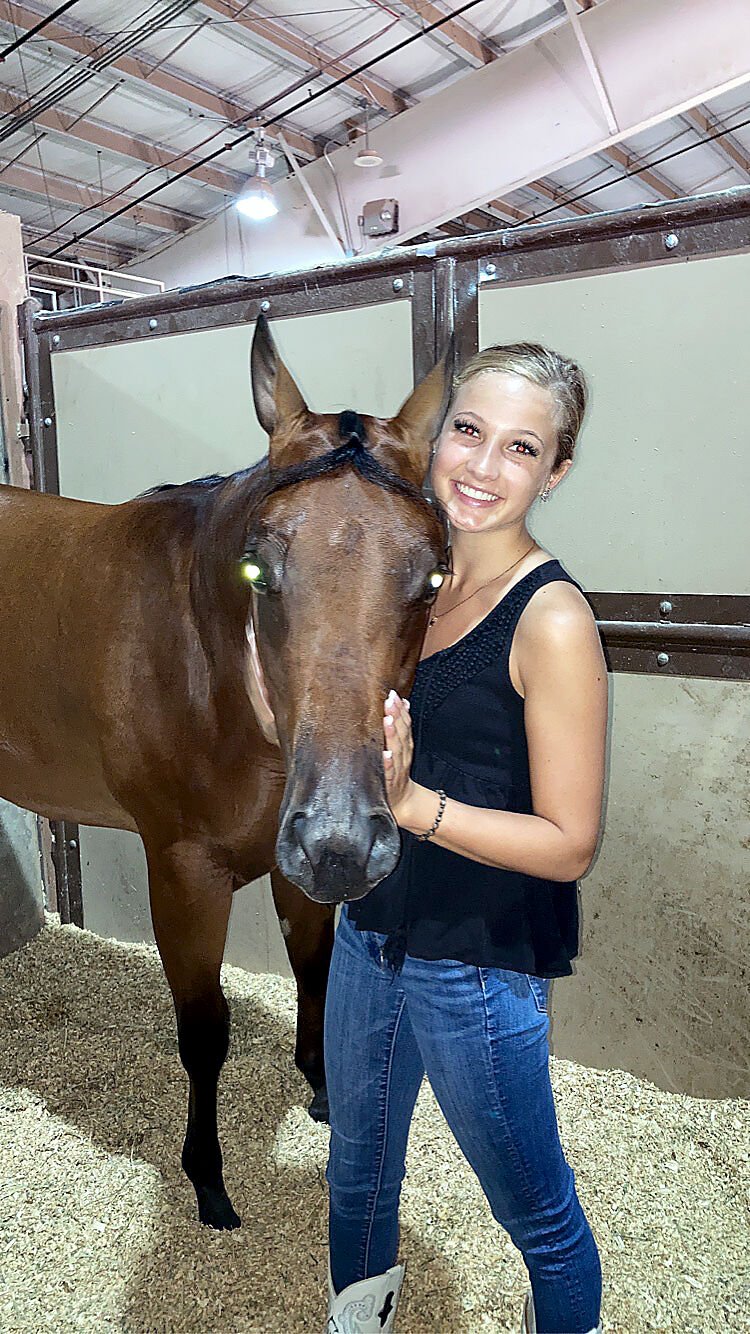 Audrey Niebrugge of Effingham is shown with Quarter Horse Nellie. 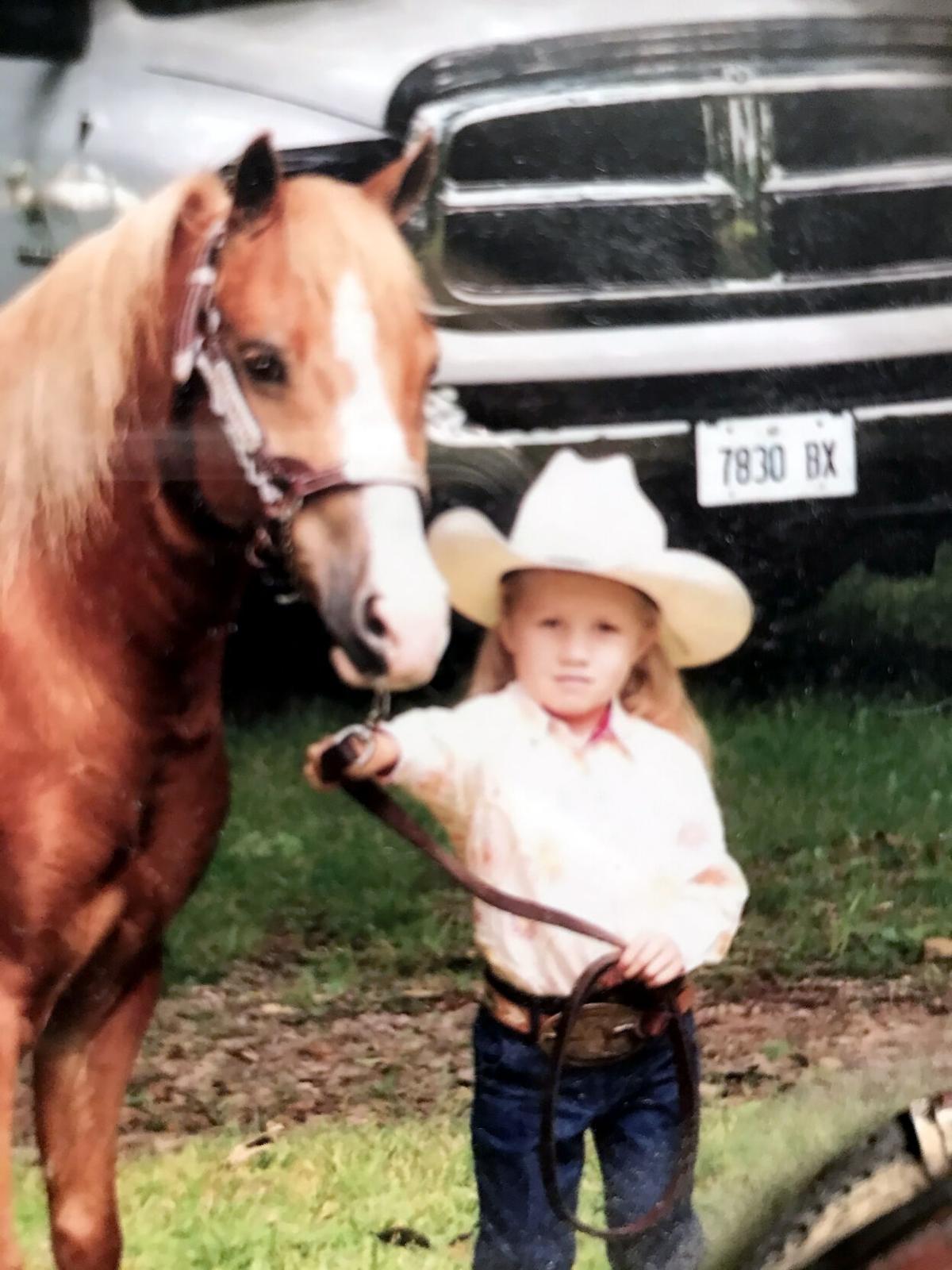 Audrey Niebrugge of Effingham is shown with Quarter Horse Nellie.

Audrey Niebrugge started showing her pony, Nick, at the Vandalia Saddle Club when she was 3 years old.

“I would earn a few dollars from the shows to go buy my brother, Will, and I pieces of pie from the concession stand,” she recalled.

Niebrugge grew up around horses and has shown five different ones over the years.

“We have always had horses at our house and went to different horse shows frequently,” she said.

According to Niebrugge, Nellie has all the qualities important in a quarter horse — form function, balance and symmetry.

“She is just a beautiful horse. She is also very sweet and loves to be pet on. She also didn’t mind when we would mess with her trying to get her ready for the show,” said Niebrugge.

Niebrugge said the key to training Nellie and the other horses she has shown is practice.

“We would walk other horses in the barn so she wouldn’t be as distracted by the other horses in the show pen. My Dad and I would go to Chris Arentsen’s, our horse trainer, once a week for a few hours to practice exactly what would happen in the show over and over again,” she said. “The only problem we had with Nellie was that when we brought her in from the pasture, another horse had chewed her tail off. We then had to find someone who could glue extension in to make it look like her real tail.”

Niebrugge said her parents’ schedule doesn’t allow them to condition horses at home any longer, so they have been lucky to have Chris Arentsen of Trenton as their horse trainer.

“He keeps the horses in top-notch shape and ready to go show at weekend shows. For the big shows, we usually lay off weekend shows for four to six weeks beforehand to allow Chris to peak the horse,” she said.

Besides Arentsen, Kent and Dawn Allen from Heartville keep broodmares and babies for the Niebrugges through the wintertime and breeding season.

“I enjoy going there to play with foals in the heated barn. My Dad’s brothers also take care of our horses at home while we are gone to shows,” she said.

Niebrugge shows in a Halter class, which she compares to the Westminster Kennel Club, but with horses.

“We have breed standards for how our Quarter Horses should be made. We walk and trot them to judges to evaluate soundness and way of movement. Then we set them up for individual inspection. The skeletal frame of the horse is judged by their symmetry of parts, meaning for example straight legs with proper angles, length and angles of shoulder, hip, back, neck, etc. as compared to breed standard and against other competitors,” she said.

The Niebrugges’ horses are prepared with a very specific feeding and exercise program as well as grooming.

“We add supplements for hair coat and hoof strength. When you have all of this, it really helps to win, if the horse is properly set up and exhibited to show it off,” she said.

Niebrugge’s favorite part of showing is seeing all the people and their “pretty” horses. The hardest part is keeping the horse focused.

“There is lots of movement, from the judges walking around, the people in the stands, and especially from the other horses in the arena,” she said.

For the 18-year-old St. Anthony graduate, winning the world championship title was an amazing end to her run showing horses in the youth division.

It also marks the beginning of another chapter in her life. Niebrugge is now eligible to show in the amateur division of the AQHA.

“I hope that I will be able to, but I will have to work around my school and work schedules to make it to some shows,” said Niebrugge, who is moving to Edwardsville next week to major in nursing at Southern Illinois University Edwardsville.