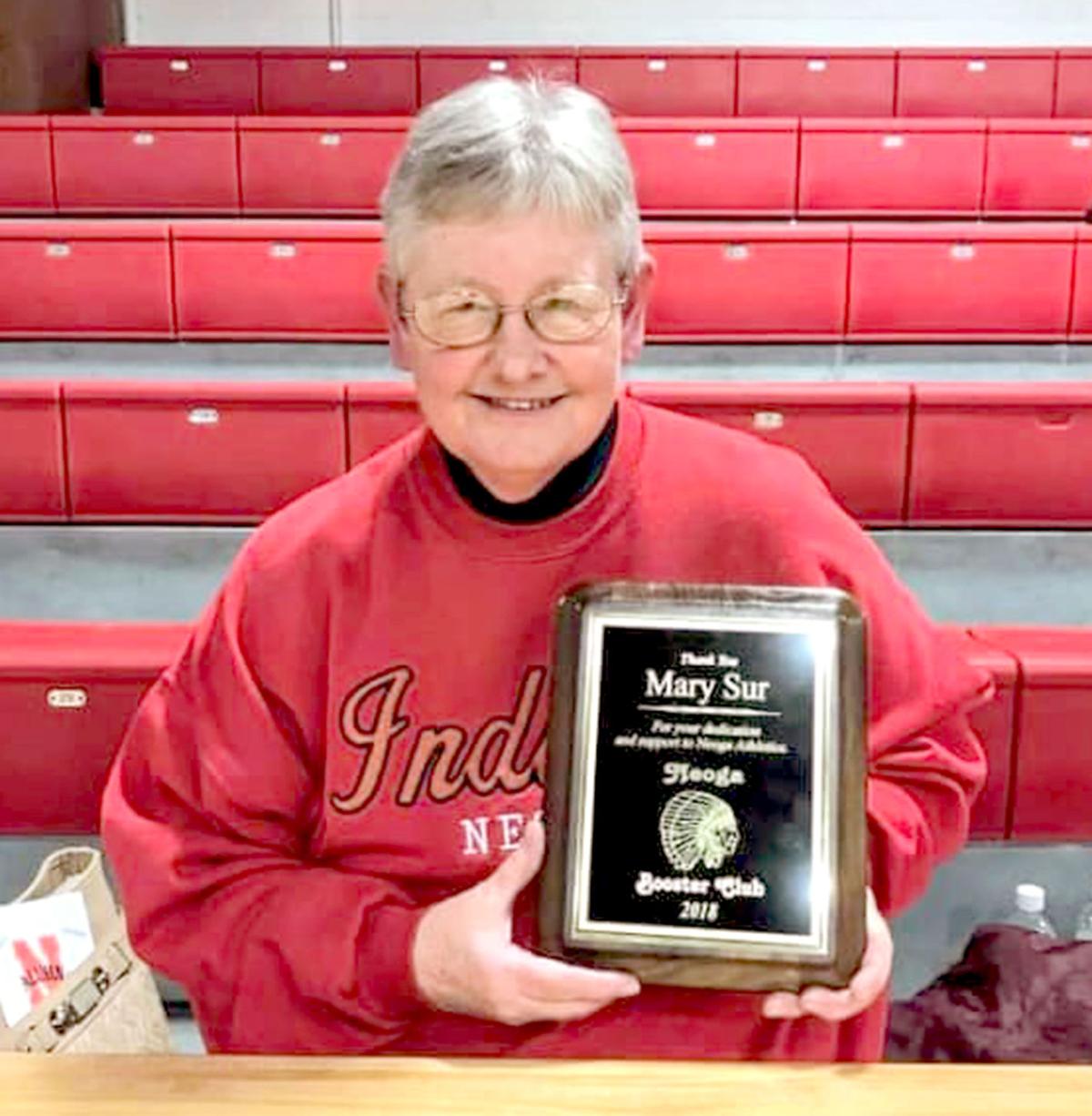 Effingham resident Mary Sur was an icon at the Neoga School District, as a teacher, a scorekeeper for Neoga basketball games and in Effingham with St. Anthony Catholic Church functions and events. She died on Sept. 10 at age 72. 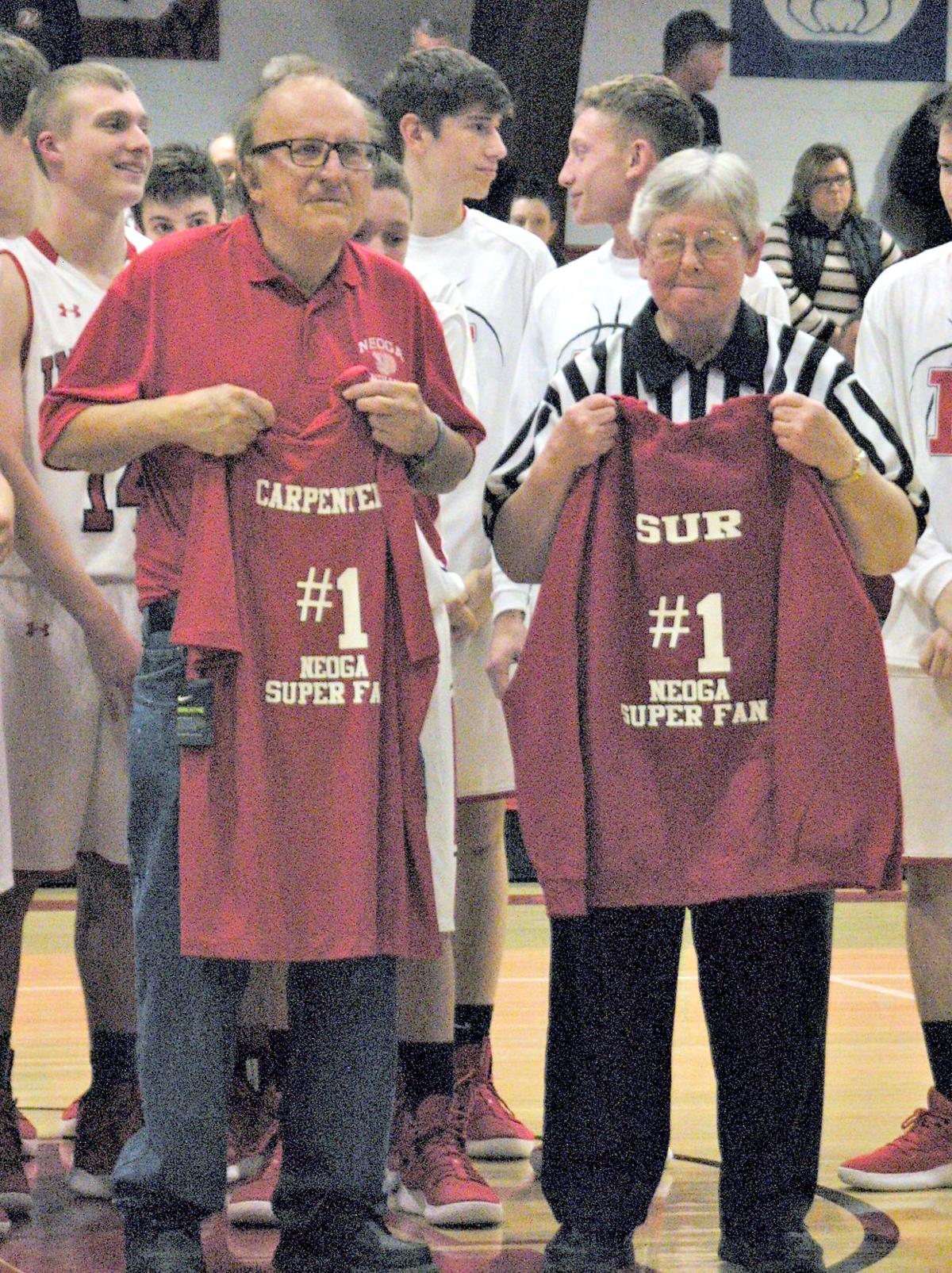 Effingham resident Mary Sur was an icon at the Neoga School District, as a teacher, a scorekeeper for Neoga basketball games and in Effingham with St. Anthony Catholic Church functions and events. She died on Sept. 10 at age 72.

NEOGA — During the basketball season in Neoga Unit 3, it’s a common sight to see players, coaches and managers gathered together as the game is about to begin.

But just as important to the team and its fans was to find Mary Sur at the scorekeepers table donned in her official black and white striped shirt. Nearby, there would always be a bowl of candy for her fans – both young and young at heart.

This basketball season won’t be the same in Neoga without Sur, 72, who died due to complications of pneumonia, Sept. 10 at Barnes Jewish Hospital in St. Louis.

Sur was a 1965 graduate of St. Anthony High School. She retired from Neoga School District after teaching kindergarten from 1969 to 2006.

“She was at the (Neoga School District) retirement dinner on Aug. 16, and we visited,” said Seth James, student support/504 coordinator for Neoga and assistant coach for Neoga Girls Basketball. “She was excited about the upcoming season and was looking forward to it.”

Her youngest brother, Roger Sur, 63, of Effingham, said his sister was one who always would plan activities for her many nieces and nephews when they had a family gathering.

“Thirty-seven years as a kindergarten teacher served her well,” said Sur. “She’s great. She’s the kind of person who would do anything for you.”

Roger Sur said her many connections in Neoga and Effingham will feel the loss, just as their family will. He described Mary Sur as humble and a servant of her communities.

“I think the Neoga and Effingham communities will miss her dearly,” he said. “She was an extremely active person. She was also very humble and didn’t blow her own horn. She only did what she thought was the right thing to do.”

James had also served as the building principal while Sur was a kindergarten teacher. He said Sur was a great mentor and colleague, which he credits to her strong faith and wisdom. He said she loved the game of basketball and her students.

“She was the scorekeeper, but she was also one of the team,” said James. “She loved the kids, the coaches and the games. She wasn’t just an extra. She was a part of the team. She loved the sport and she loved the team and that’s what set her apart.”

“We presented it to her for all of her dedication and support over the years,” said Leslie Partlow, Neoga Boosters secretary. “The award didn’t have a specific name. It was just something that we wanted to do for her.”

Neoga Girls Varsity Coach Kim Romack said it’s not going to be the same without Mary Sur as a part of the basketball program. Romack described Sur as a dedicated person in whatever she was involved.

“I feel that everyone will miss her overall personality,” said Romack. “She was always there for the kids. She knew the kids individually and she just brought a ray of sunshine and light into everything she did.”

Romack said sports was a big part of Sur’s life.

“She knew the game of basketball as well as any coach,” said Romack. “She was also famous for her cookies and her bowl of candy. She was an IHSA Hall of Fame scorekeeper, but she was also a ‘Hall of Fame’ person.”

James added it wasn’t just the home games Sur attended. She would often ride the bus to away games with the team. She would keep books for junior and senior high levels for both boys’ and girls’ basketball teams.

“We don’t typically play games on Wednesdays, but she might be keeping the score books five out of seven nights during the course of the basketball seasons,” said James. “She would ride the bus with us all over East Central Illinois.”

“She was a dedicated volunteer for our SCRIP (gift cards) fundraiser,” said Koenig. “She was also greatly involved in our parish volunteer ministry program. She was our point person.”

Koenig said when the church needed volunteers it was often Sur who would round up people to help. In addition, she was involved in the DeColores Catholic Retreat that was held twice a year. She was on the leadership committee.

Sur was also a Eucharistic minister for the church and for the homebound. She also ran the nursery at St. Anthony’s church for at least 30 years.

“She was a great lady,” said Koenig. “She helped our priests with Mass and ran the Country Store at the parish picnic for more than 20 years.”

Sur had also been named a Woman of Distinction for Council of Catholic Women.

Sur’s reach could be felt throughout the Effingham community as well.

She made weekly deliveries for Meals on Wheels. She was also in charge of bingo at Lakeland Rehabilitation & Health Care Center, where every Friday she would call Bingo numbers and buy all the prizes for the residents who won.

“She had an incredible passion for the children and did whatever it took to keep them happily learning,” said Johnson. “She had a long and fulfilling career and her dedication to Neoga schools was second to none.”

Sur was usually among those retired elementary teachers who would gather about once a month for coffee, Johnson said.

James said Sur combined her faith and dedication in everything she did.

“It was more than just basketball when it came to Mary,” said James. “It was a blessing to know her. (With her death) there is sadness, but also we know we are blessed to have known her. My wish is that everyone can have someone like Mary (Sur) in their life.”

A Mass of Christian burial will be at 10 a.m. Monday at St. Anthony of Padua Catholic Church and burial at St. Anthony Cemetery in Effingham. There will be a visitation from 3 to 6 p.m. Sunday and a 6 p.m. ladies rosary that day, at the church.