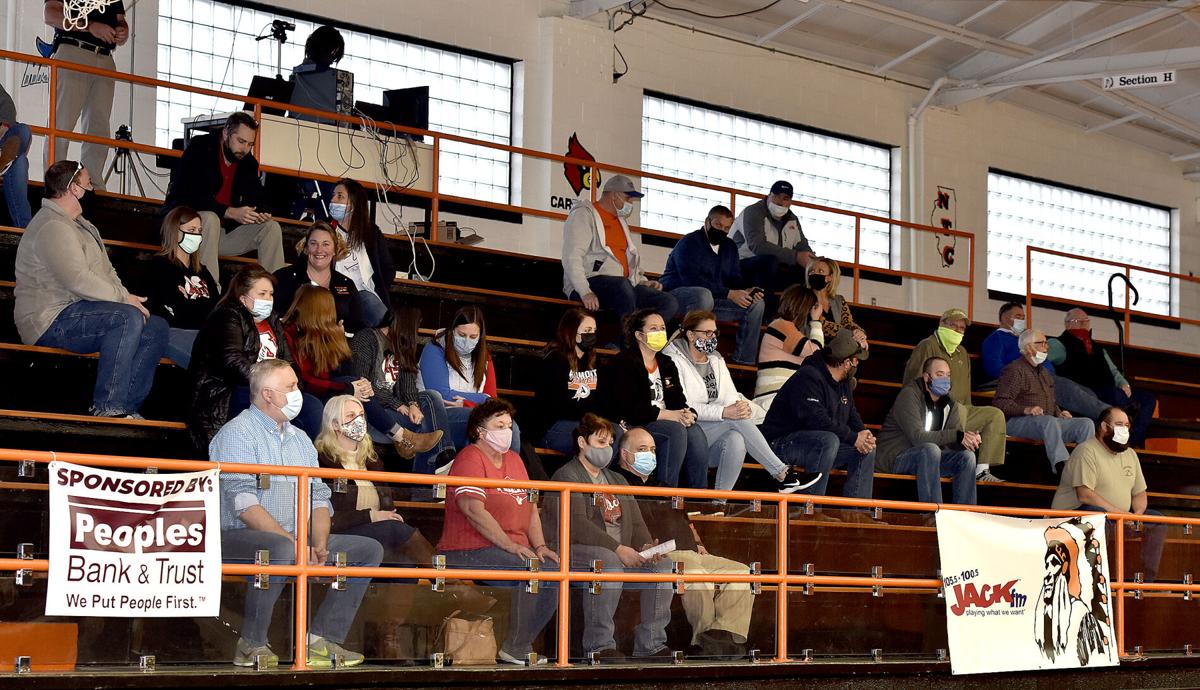 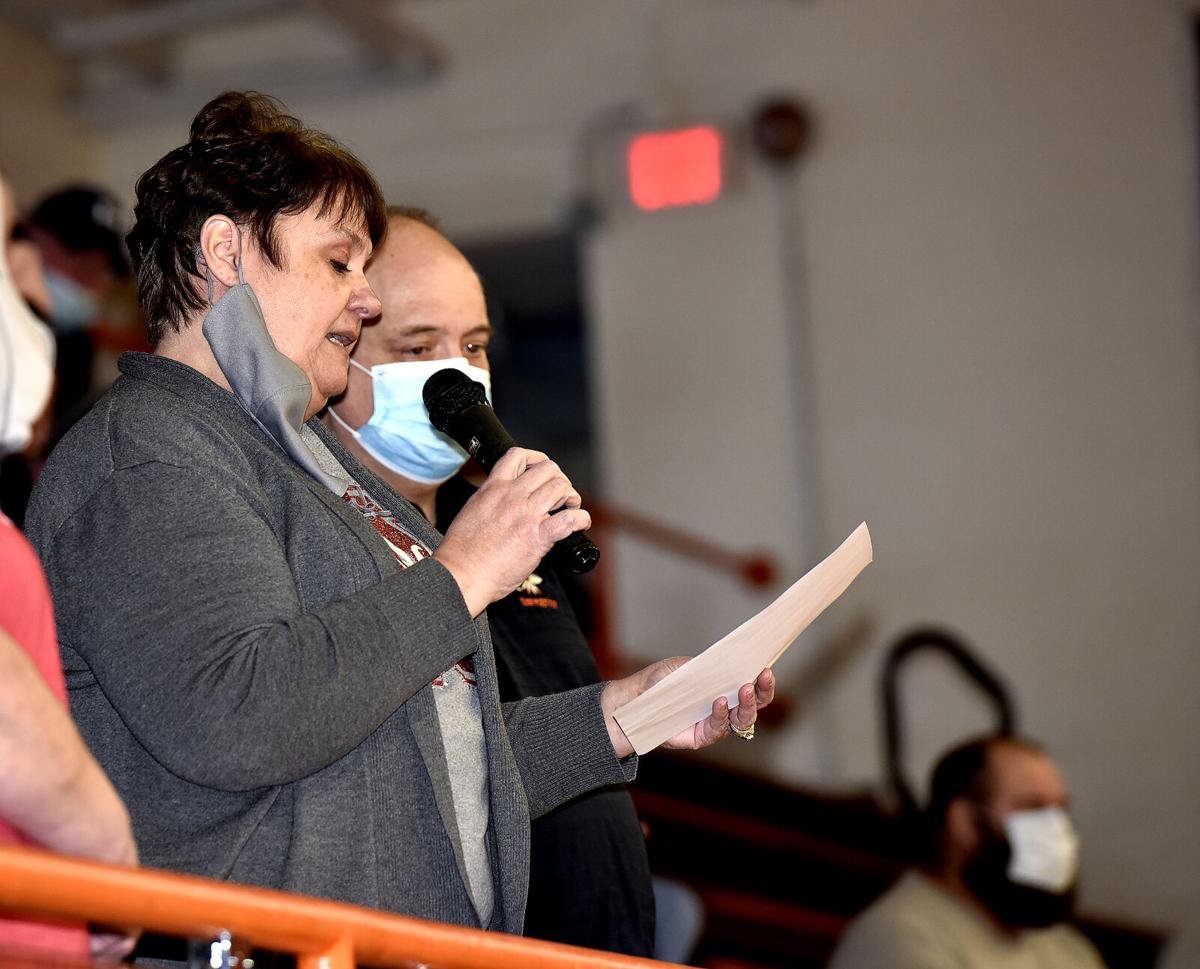 Corletta Bowen, representing members of the Altamont Education Association, reads a statement during public comments on Friday at the Unit 40 board of education meeting. 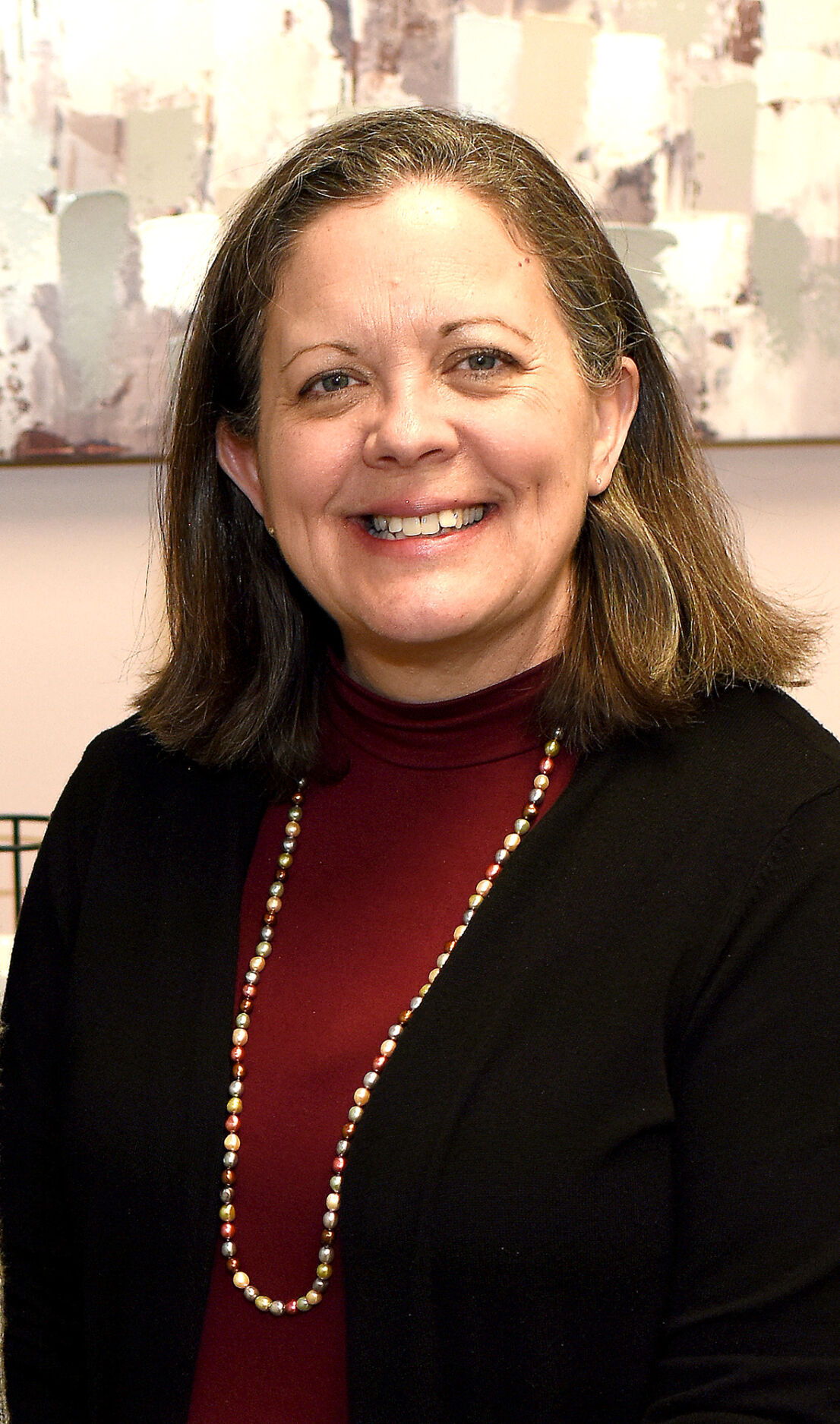 Shelly Kuhns steps down as Altamont board of education president Friday afternoon. She is remaining on the board in a non-leadership position.

Corletta Bowen, representing members of the Altamont Education Association, reads a statement during public comments on Friday at the Unit 40 board of education meeting.

Shelly Kuhns steps down as Altamont board of education president Friday afternoon. She is remaining on the board in a non-leadership position.

The Altamont Unit 10 school board on Friday began again its search for a new superintendent.

Timothy Buss from the Illinois Association of School Boards visited board members during their meeting Friday afternoon during closed session. Also attending was David Braun, a Champaign attorney representing the school board.

The board also officially accepted the resignation of recently hired David Martin for the superintendent position, which he was to have begun May 1. Martin said in his resignation letter that he was withdrawing in the wake of criticism from some members of the community about his appearance on “The Jerry Springer Show” and as a professional wrestler more than 20 years ago.

During the public comments of the meeting, board members gathered in the Altamont Community High School gymnasium.

“We, the members of the teaching staff, would like to address some of the concerns brought forth in the email from Mrs. Kuhns,” Bowen said. “Perhaps, Mrs. Kuhns received disinformation from individuals in the community. We, as educators and union members have always maintain a decorum of professionalism and acceptance of all individuals within and outside of our district family.”

“The Altamont teachers are accepting of all people – children or adults irrespective of age, race/color, creed or religion, sex (gender) or sexual orientation,” Bowen said. “Teachers on a daily basis address intolerance and bias.”

Ryan Eckhardt questioned board members if what they were allowed to ask candidates during the interview process and what are some of the liabilities involved.

“I can only speak only to the search process generally,” said Braun, the attorney. “I would not recommend that you do a broad investigation as to anything an everything that might come up. I’m not going to tell you that any particular rule is required or prohibited, I am going to tell you that if you conduct a broad net investigation designed not to speak to specific rules or conduct, but rather to identity or various personal issues of people that have nothing to do with their qualifications of employment you’ll potentially subject yourself to liability, you the board.”

Meanwhile, Kerry Wolff will serve as board president, replacing Shelly Kuhns, who has served in that job for four years. Kuhns became a member of the board six years ago.

Friday’s meeting was the annual “working weekend” after the first of the year. This year the board decided during their February board meeting to extended their Friday meeting date rather than have their traditional two-day Friday-Saturday working meeting.

Kuhns reflected on her reason for stepping down as board president.

“This is something that has been in the works for a while,” Kuhns said.

In the past couple of months, the board created two committees to help take some of the burden off of the president. A facility committee was established under the leadership of Alan Shumaker along with a finance committee led by Dale Laue and Kerry Wolff.

“It is very labor intensive and takes a lot of time to be a school board president,” Kuhns said. “My practice has really, really grown and it’s very hard for me to spend enough time on the school district and meet the needs of my patients.”

Kuhns said the final process of searching for a superintendent of schools has taken a month from the first time the IASB presented candidates meeting the school board’s criteria to making a decision on a final candidate. She said the Illinois Association of School Boards, which is searching for a new superintendent of schools for Altamont, started with 24 candidates and narrowed the list down to seven final candidates.

“I was committed to stay on as president until May when we reorganize. The whole board knows it was my intention to help mentor and support the new president the last two years before I go off the board, but because the community saw fit to block the superintendent, we have to go through another search,” Kuhns said. “I just don’t have the time another search is going to take.”

“We went back to the IASB to see how many of that seven are still available,” Kuhns said. “Kerry has kindly offered to take on presidency and be the point man through the new hiring process.”

Wolff’s vice president position will be left open until after the school board election in April when officers will be chosen by the board.