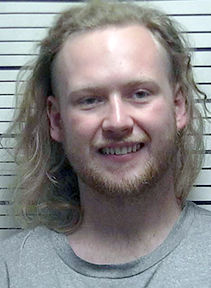 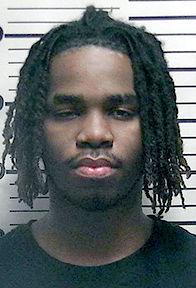 EFFINGHAM — A Sullivan man was arrested and charged over the weekend for entering an Effingham home without permission while possessing a firearm.

Kaden Dedman, 22, is charged with home invasion with a firearm, a Class X felony.

Dedman would pay 10 percent, or $50,000, to obtain his release from the Effingham County Jail. Should he post bond, Dedman cannot have contact with the victim in the case or her residence.

He said that on the evening of May 23 Dedman and a minor entered a residence on South Linden Street in Effingham, knowing the resident to be home at the time.

Kibler said that Dedman threatened to shoot the female resident and pistol whipped her head.

Following the incident, Kibler said that a sheriff’s deputy performed a traffic stop on a car with a female driver and three male passengers, later identified as Dedman, the minor and Jamal Harris, 19, of Charleston.

The female driver was subsequently arrested on unrelated charges and relayed to the deputy that she had driven the three males to a home near South Linden Street, where a home invasion occurred.

The driver also said Dedman bragged about pistol whipping the female resident of the home.

Deputies then went to the residence and spoke with the resident, who indicated she was asleep when two males broke into her home. She was able to provide details about the clothes the males were wearing and also the gun used in the home invasion; the gun was later found to be in Dedman’s possession.

The female resident also said the juvenile who was arrested wielded a machete during the home invasion, Kibler said. The resident said she thought the two broke in to take a half pound of cannabis from her home.

The half pound of cannabis was also found during the traffic stop in a bag belonging to Harris. Kibler said police could not find enough evidence that Harris was involved with the home invasion, so Harris is charged with possession with the intent to deliver more than 30 grams but less than 500 grams of cannabis, a Class 3 felony.

During the separate bond hearings Tuesday for both Dedman and Harris, Public Defender Scott Schmidt requested the men be released on a recognizance bond.

Schmidt was appointed to represent Dedman, and Harris will be represented by attorney Lance Freezeland.

Harris and Dedman have no other felony cases in Effingham County. In Coles County, Dedman has a pending 2020 felony case for aggravated fleeing police.

Dedman also pleaded guilty in 2016 to four counts of possession of a stolen vehicle, two counts of residential arson, one count of aggravated fleeing police and one count of criminal damage to property. Dedman was sentenced to five years in the Illinois Department of Corrections with credit for one year served and was released in 2019.

Harris also has pending cases in Coles County. Harris is charged with criminal damage to property valued at more than $500 but less than $10,000, a Class 4 felony, and aggravated assault with the use of a deadly weapon, a Class A misdemeanor.

Harris also has a pending misdemeanor case in which he is charged with obstructing identification, a Class A misdemeanor.