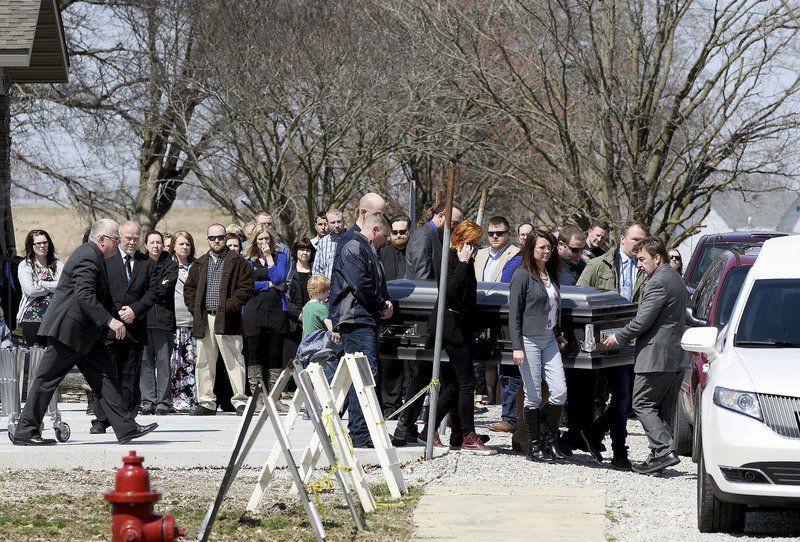 Family members carry the casket of Stacia Hollinshead to the hearse prior to leaving for burial services in Leith Cemetery in rural Mason Monday afternoon. Chet Piotrowski Jr./Piotrowski Studios. 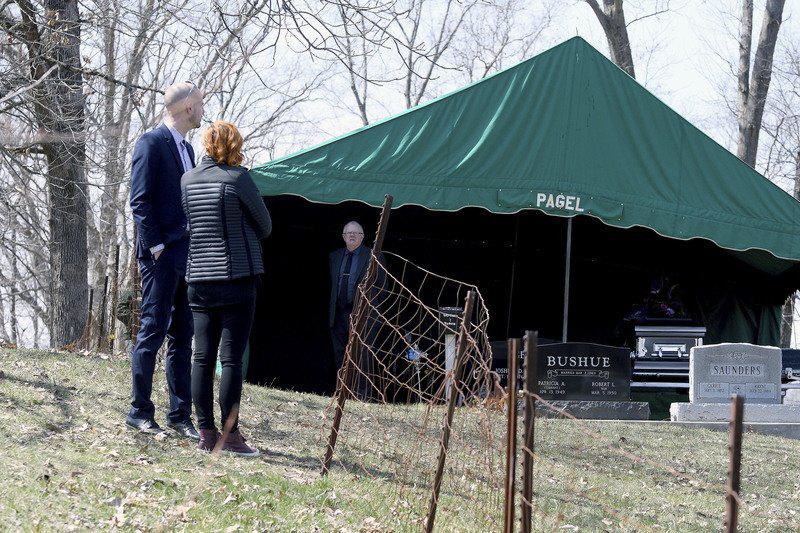 Thomas Stead and Erica Hollinshead Stead, sister of Stacia, reflect for a moment after the funeral services of Stacia Hollishead in Leith Cemetery in Mason Monday afternoon.rowski Studios 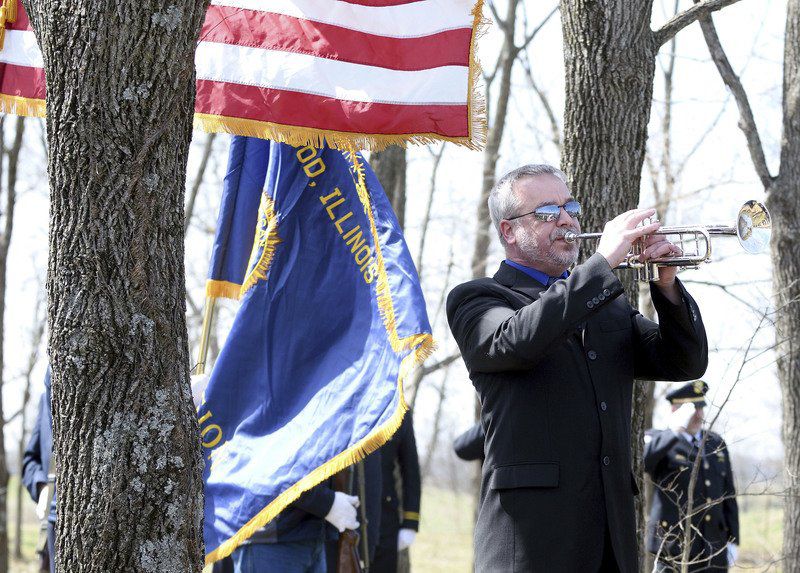 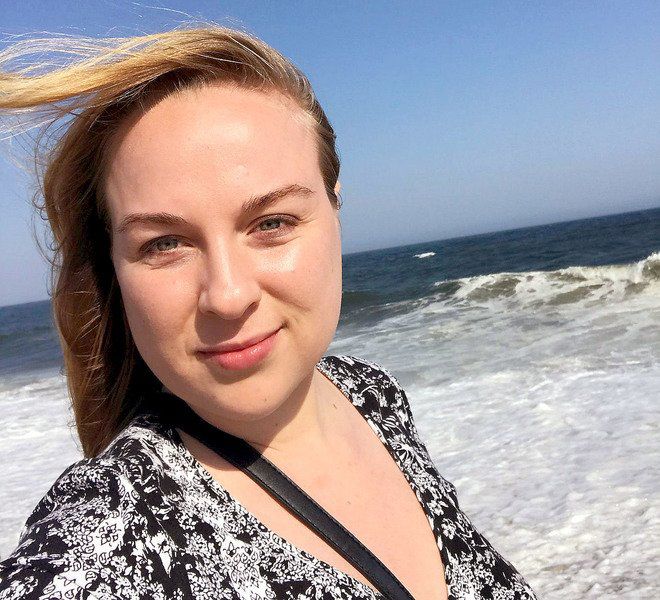 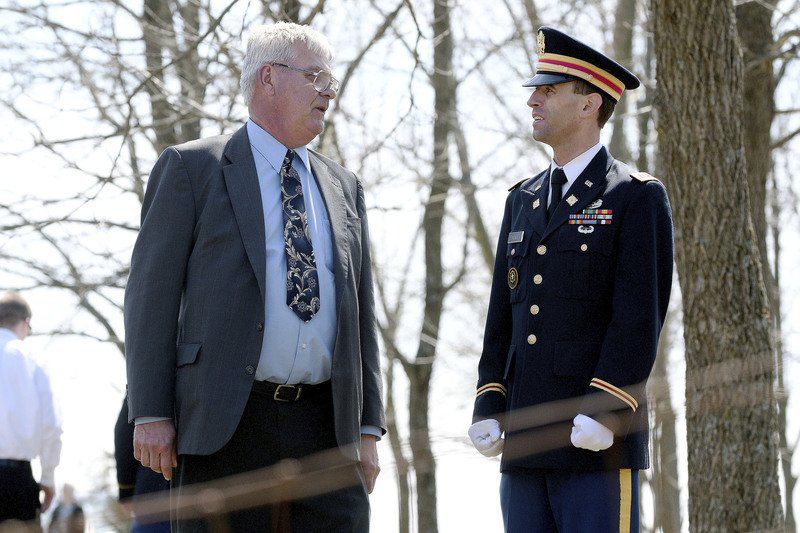 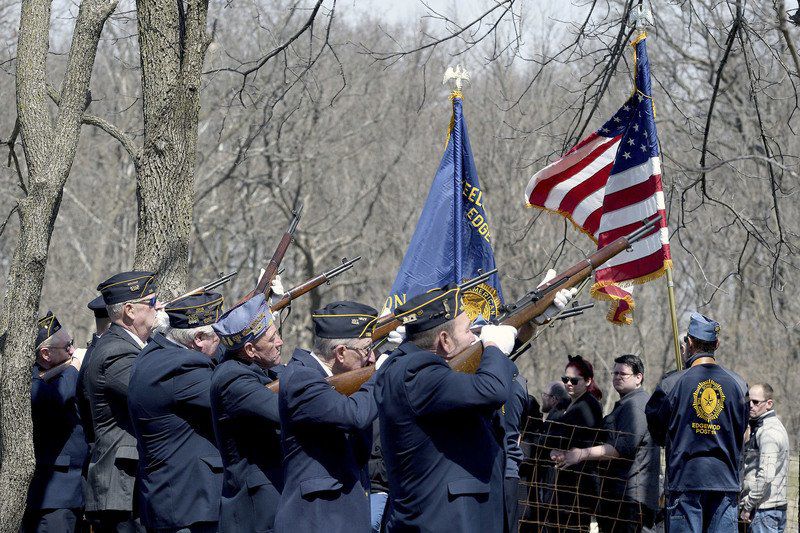 An honor guard fires a volley during the funeral services for Stacia Hollinshead in Leith Cemetery in Mason. 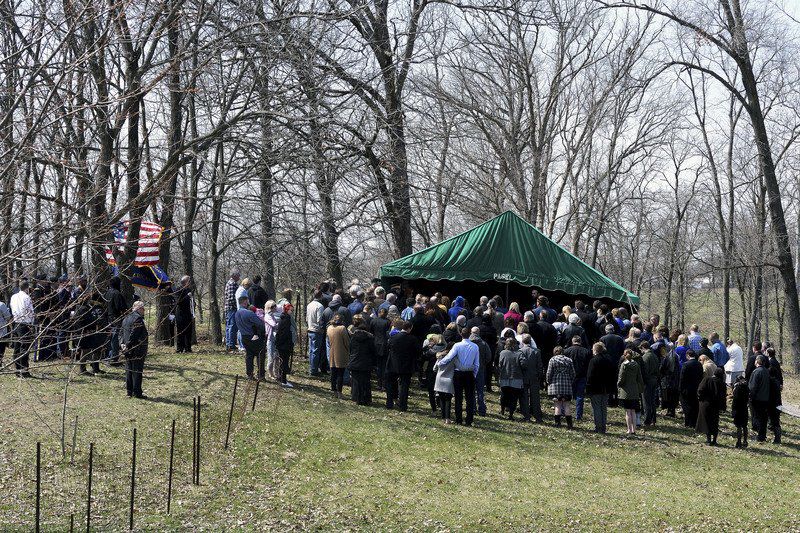 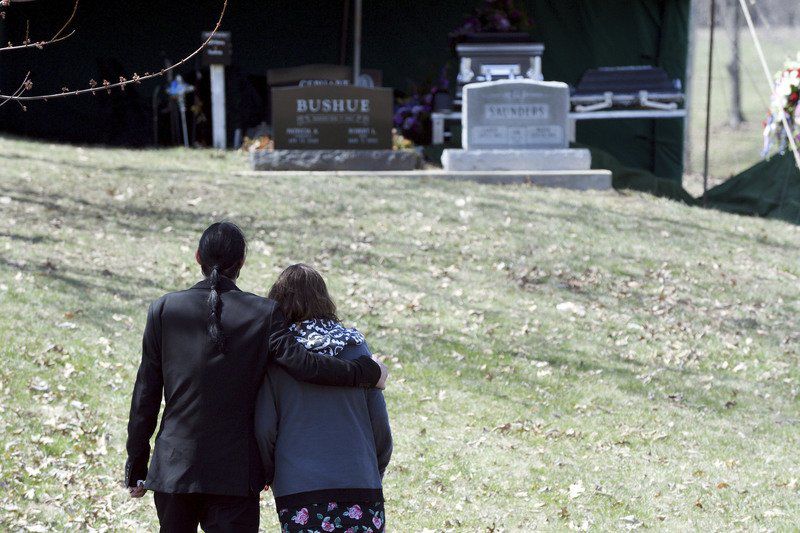 Mourners walk past the location of the funeral services of Stacia Hollinshead in Leith Cemetery in Mason Monday afternoon.Chet Piotrowski Jr. / Piotrowski Studios.

Family members carry the casket of Stacia Hollinshead to the hearse prior to leaving for burial services in Leith Cemetery in rural Mason Monday afternoon. Chet Piotrowski Jr./Piotrowski Studios.

Thomas Stead and Erica Hollinshead Stead, sister of Stacia, reflect for a moment after the funeral services of Stacia Hollishead in Leith Cemetery in Mason Monday afternoon.rowski Studios

An honor guard fires a volley during the funeral services for Stacia Hollinshead in Leith Cemetery in Mason.

Mourners walk past the location of the funeral services of Stacia Hollinshead in Leith Cemetery in Mason Monday afternoon.Chet Piotrowski Jr. / Piotrowski Studios.

Authorities in Wisconsin say the 30-year-old mother was fatally shot by her ex-husband on March 23 in an apparent act of domestic violence.

Every seat in the small Edgewood funeral home was filled. Other mourners stood along the walls and in the lobby. Among Stacia's family and friends were police officers from DeKalb County, where she was an assistant state's attorney, and Army men and women who served with Stacia.

The hymns coming through the overhead speakers softened, and a tune began to play from an organ at the front of the funeral parlor.

Hollinshead's boyfriend, Andrew Morris, played songs at the organ for several minutes. Then he rose to speak about his significant other following a live performance of the song "Candle on the Water" by Hollinshead's relatives. A teary Morris began to speak, his words choked as he talked about the woman he loved.

"She was the most conscientious and mindful person that I've ever known," he said. "She would think about the direct cause of her actions as well as the most ... far away causes and rippling effects.

"What will always stick out with me is her total and complete devotion and dedication to her daughter. It's these, as well as a plethora of other factors about Stacia, that made me as dedicated as I am to her and want to be her best friend for the rest of my life."

Morris said his anger at her death is matched by gratitude for the time he had with her.

"I'm frequently angry that I only got three years and eight months with her, but I'm grateful for every single second that I had with Stacia, and I can't wait until we're reunited," Morris said through tears.

Hollinshead's sister recalled Stacia as "tenacious" and a "funny, stubborn, wild hurricane of a kid."

Erica Hollinshead Stead said that Stacia's goal since childhood was to become a lawyer, and she did just that.

Hollinshead Stead said that Stacia's strong will and determination pushed her to pursue a career in law and also to serve in the military.

"Obviously, Stacia grew up, and the will that made her a hurricane of a child made her a steely adult. She never stopped wanting to be a lawyer, and she made herself a path to get there," Hollinshead Stead said. "She found one step after another until she got there. No amount of stuff could deter her from what she considered important."

Perhaps the most important part of Stacia's life was her 5-year-old daughter. Hollinshead's sisters each spoke with admiration for their sister's approach to motherhood and her gentle way of letting her daughter be exactly who she wanted to be.

Stacia's sisters joined together to honor her with their rendition of the song "If I Die Young" by The Band Perry. A slideshow of photos of Stacia throughout her life showed the friendly, determined, happy person Stacia was to everyone she met, according to her siblings.

Stacia's loved ones then gathered at Leith Cemetery in rural Mason to lay their daughter, sister, mother and friend to rest. A 21-gun salute, taps and full military rites honored Stacia's 11 years as an intelligence analyst in the Army.

As taps played, muffled cries and a lone sob could be heard. Tears silently fell from the eyes of those who loved Stacia.

Just moments before during the service, Hollinshead Stead offered words of comfort to those aching over the loss of Stacia.

"I realize that nothing that has happened and nothing that was cut short has made Stacia any less remarkable," the sister said. "What she did and who she was cannot be changed.

"She was as accomplished and as strong and as tenacious and unusual and funny and dedicated as she was, and that cannot be lessened," Hollinshead Stead said. "(Her daughter) knows what it's like to be loved by someone who expects a lot of you but loves you absolutely as you are.

"Stacia was, to her child, an unwavering force of good. We need to stand as strongly in love to keep that good alive. Believing in the forces of good does not end here."

Since Stacia Hollinshead's alleged homicide in late March, there has been an outpouring of donations in an effort to support Hollinshead's 5-year-old daughter.

"Stacia is yet another face and heart to fight for and a reason to believe in the work that we do daily to free the victims in our community from the power and control of their abusers," the description reads. "All proceeds will be going to Stacia’s family to help them with the financial burden of losing their daughter."

In addition to GoFundMe, a fundraiser set up through the Beaver Dam Police Charity in Wisconsin is collecting donations. A Facebook post from the police department encouraged the Beaver Dam community to help Hollinshead's child as they have helped families of victims in the past.

"On Saturday, March 23rd, a tragic event occurred in the city of Beaver Dam. Even worse, a young child was directly affected by this incident. The community has stepped up in the past, and we are hoping we can step up again to show our support to a child in need," the post read.