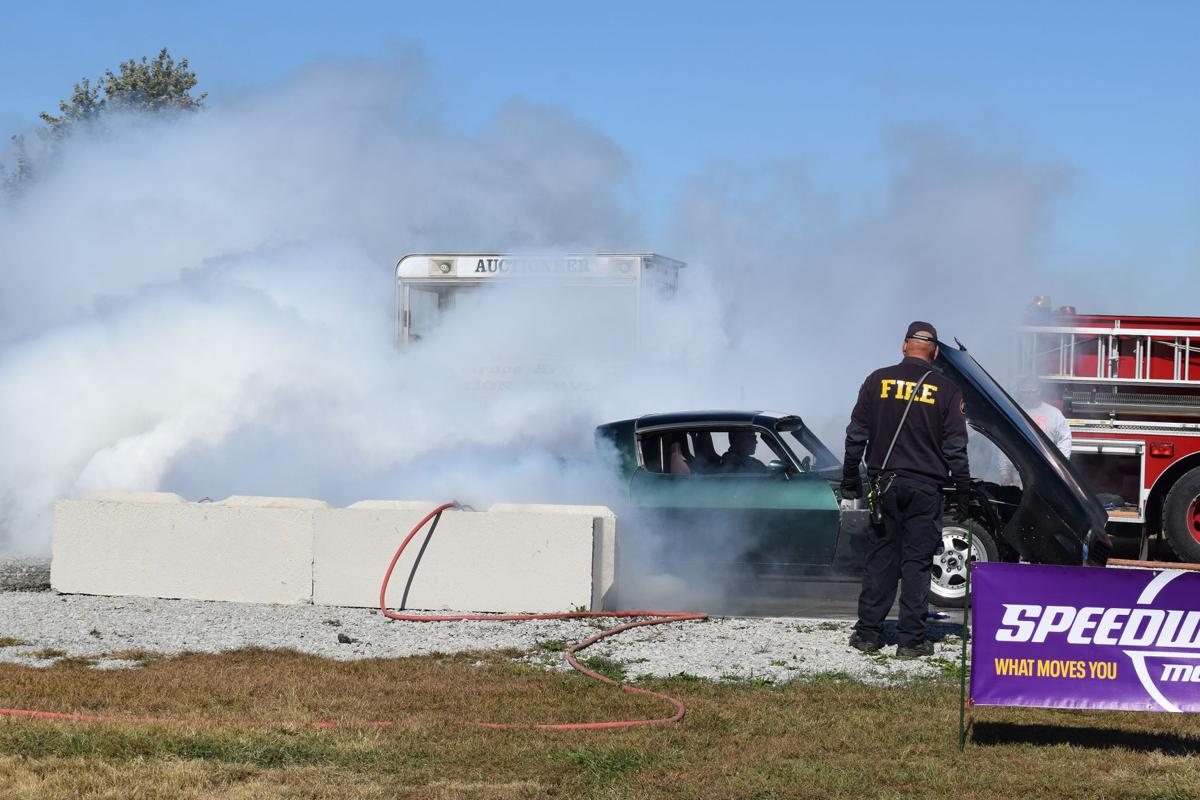 Smoke pours out of a car during the burnout competition in Strasburg Saturday. 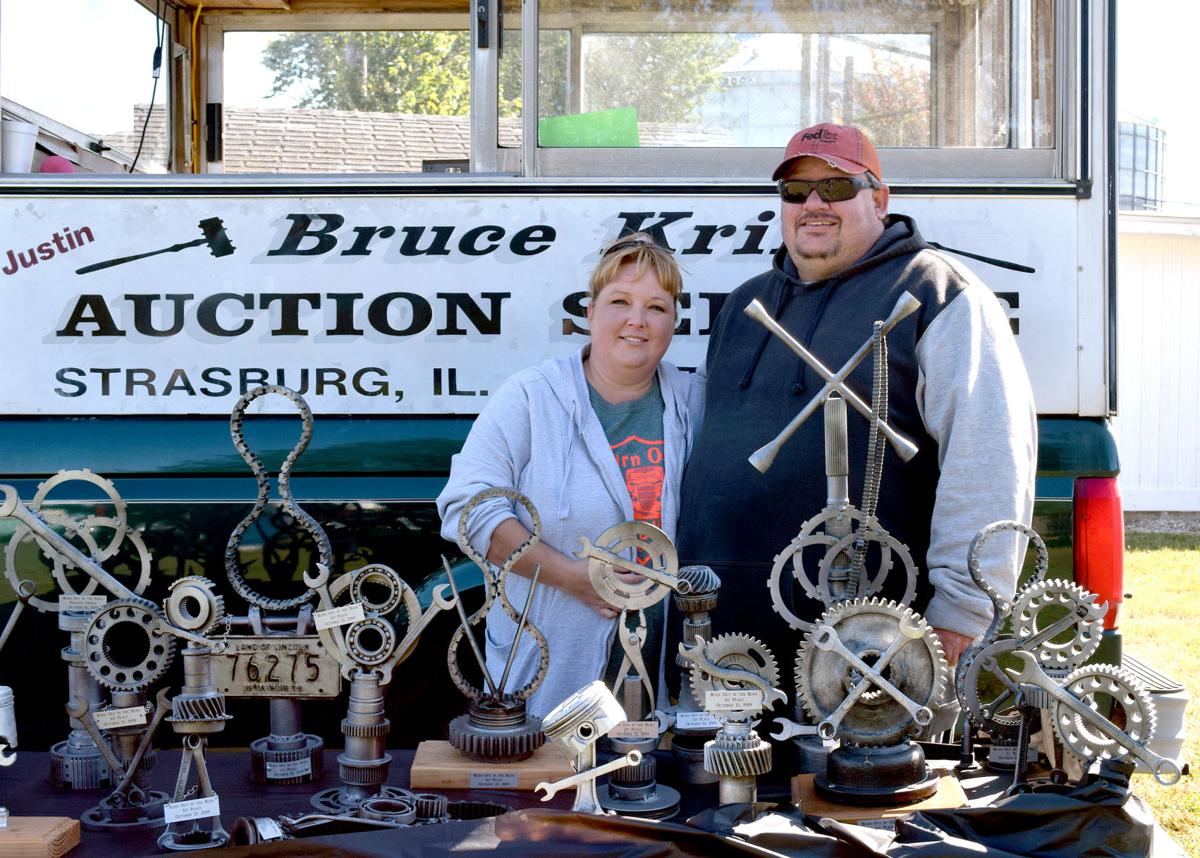 Angie and Jason Edwards stand with the trophies they handcrafted for the Fourth Annual Burn Out in the Burg in Strasburg. 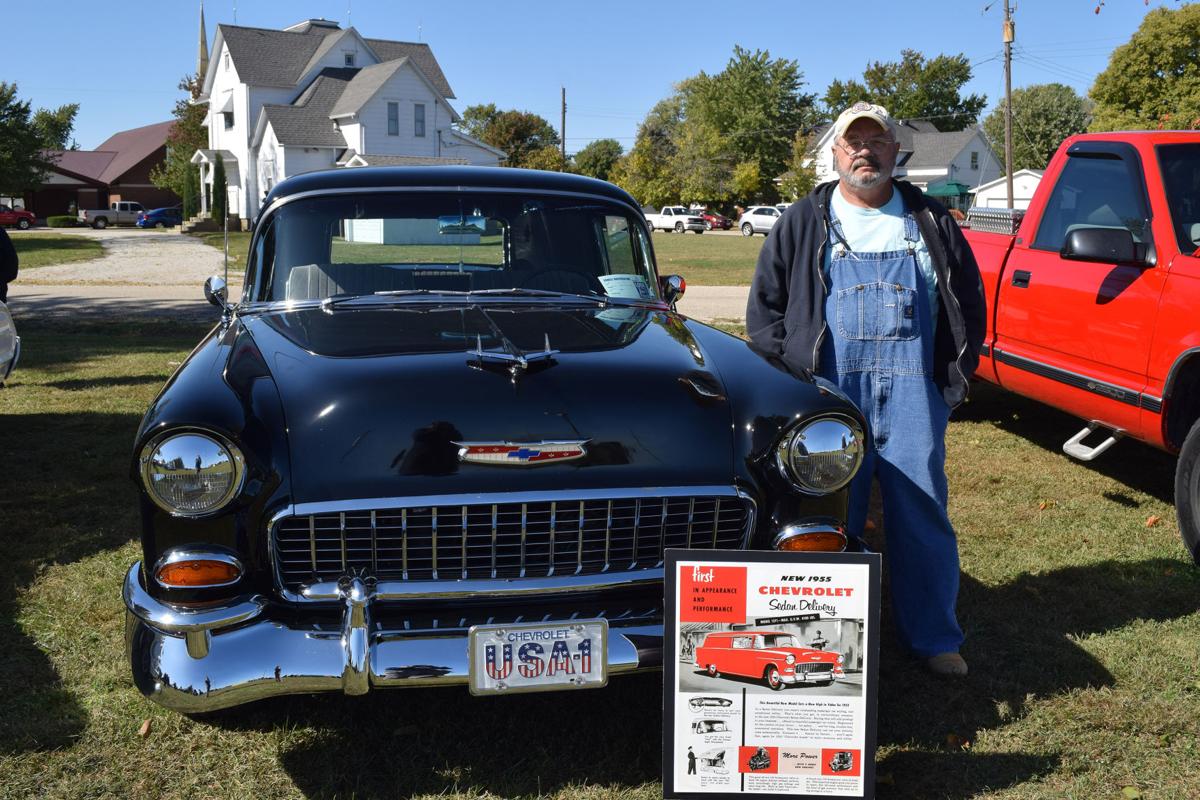 Tim Anderson of Lerna stands next to his 1955 Chevy Sedan Delivery.

Blue smoke pours out of a truck during the recent burnout competition in Strasburg.

Smoke pours out of a car during the burnout competition in Strasburg Saturday.

Angie and Jason Edwards stand with the trophies they handcrafted for the Fourth Annual Burn Out in the Burg in Strasburg.

Tim Anderson of Lerna stands next to his 1955 Chevy Sedan Delivery.

Blue smoke pours out of a truck during the recent burnout competition in Strasburg.

STRASBURG — One by one cars, trucks and even a semi pulled onto a concrete pad with smoke rolling off of them as they performed burnouts at Strasburg Village Park Saturday.

In its fourth year, Burn Out in the Burg drew 44 vehicles to the car show, 16 to the exhaust competition and 12 to the first year of the burnout competition.

Jason Fry of Shumway brought his 1979 green Dodge truck to participate in the exhaust and burnout competitions. He thought the truck’s 440 engine would give him an advantage. It was his first year competing and Fry said his goal was to place in one competition or the other.

Josh Porter of Stewardson came for the burnout competition in his 1979 Camaro, accompanied by his 11-year-old son and technician in training, Hayden. Although Porter said he had never participated in a burnout competition before Saturday, he’s had lots of practice. Porter was hoping to place third or fourth. But even if he didn’t, he said it was a good way to spend the afternoon.

Car show participant Gary Rincker of Stewardson entered his 1957 Chevy Bel Aire. He has owned the car for five years and spent a year restoring it in his shed.

“I’ve never owned one before, so I wanted one,” he said.

In addition to the classic car, he owns seven antique tractors. Rincker said that he tries to do one car show a week.

Tim Anderson of Lerna was showing his 1955 Chevy Sedan Delivery. He bought the car just before last year’s event and ended up winning Best in Show last year. Other than changing out the wheels, tires and steering wheel, the car remains original.

Winners were given handcrafted trophies made from auto parts. The trophies are the creative work of Jason and Angie Edwards.

The couple tears down transfer cases to get the parts for the trophies, which takes about a day, according to Angie. It takes another day and a half to two days to weld the trophies together.

Some of the parts they utilize to craft the unique pieces are gears, timing chains, pistons and wrenches. Overall, the couple handcrafted 26 trophies for this year’s event. They even created a little master mechanic figure that held a wrench and spark plug. It was included in the raffle prizes given out that day.

“We wanted to do something unique with it and started getting parts and throwing them together,” said Angie.

The winner of this year’s burnout competition was Tyler Pieszschalski. The winners of the exhaust competition were Mac Frederick for gas and Wyatt Cushman for diesel. People’s Choice award went to Dale Vonderheide with his 1974 AMC Javelin and Best in Show went to Tom Griffin with his 1962 Chevy II.