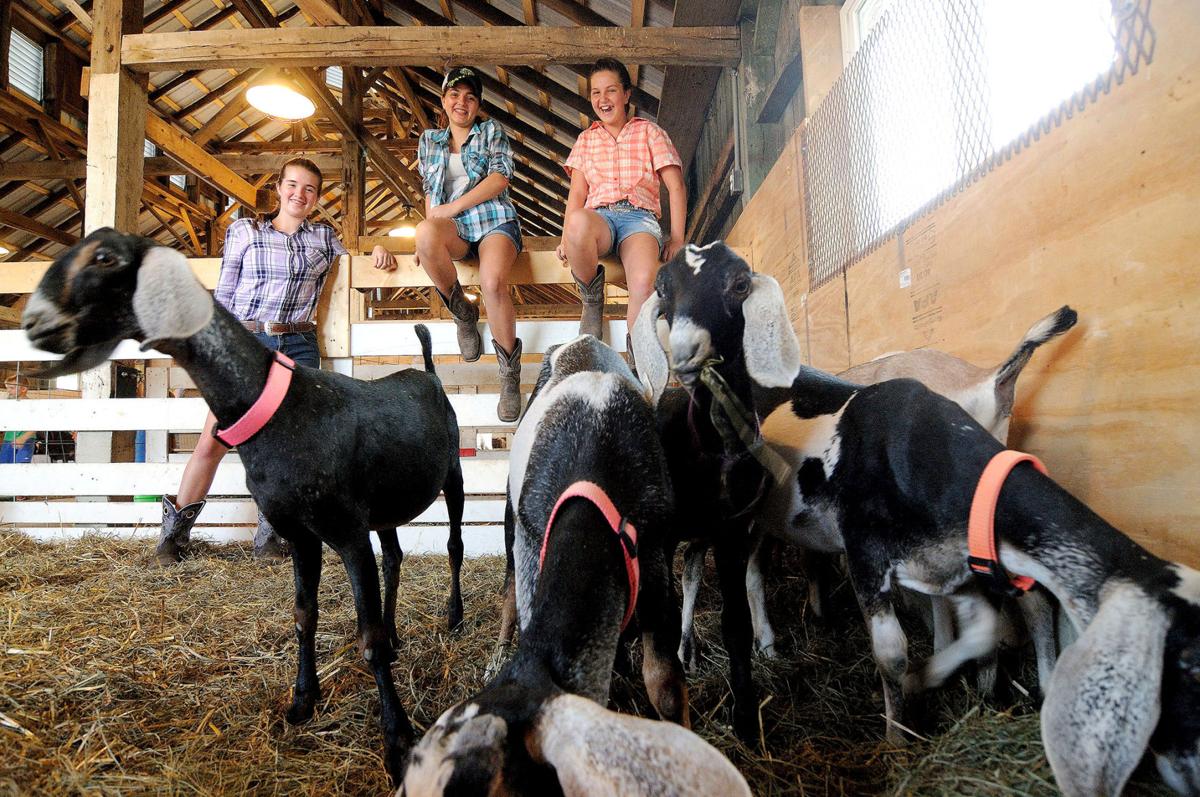 Lacey, Lea, and Lisa hang out with their goats at the Effingham County Fair Monday evening. 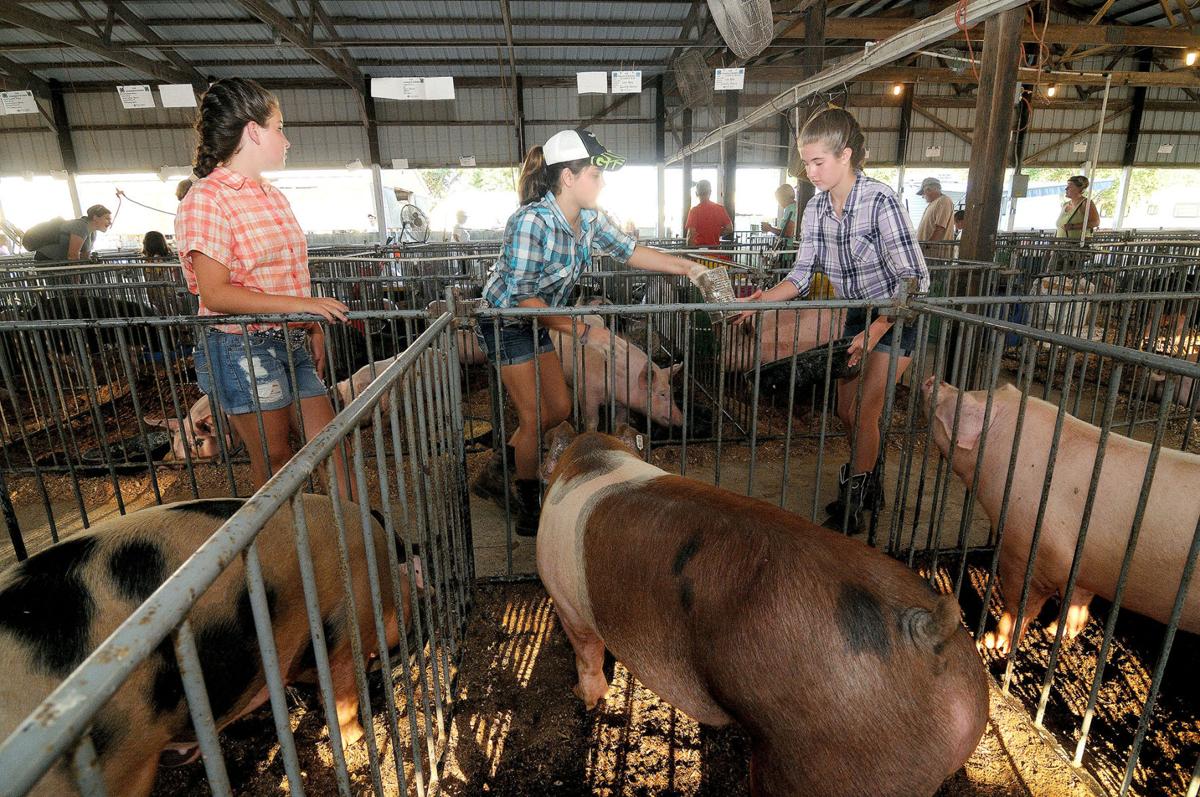 Lisa, Lea, and Lacey feed and water their hogs at the Effingham County Fair Monday evening.

Lacey, Lea, and Lisa hang out with their goats at the Effingham County Fair Monday evening.

Lisa, Lea, and Lacey feed and water their hogs at the Effingham County Fair Monday evening.

The Thompsons have been showing their pigs and goats at the Effingham County Fair for three years, and they don’t plan on stopping anytime soon.

Members of the family have a lot on their hands this year. Lacey, 15, Lea, 14, and Lisa Thompson, 12, have a combined total of 10 goats and four hogs entered in shows at the fair this year. They have another 35 goats and 30 pigs back on the family farm, located north of Altamont.

Craik used to show goats when he was younger. Now he helps his nieces take care of and prepare their animals for shows each year.

From the time their animals were born, the Thompsons have been preparing them for the shows — from walking their animals to castrating them. Even working on how they handle themselves around the animals is an important part of getting ready for the fair.

“You have to stay calm around them,” said Lacey Thompson.

In addition to the basic care of the animal, they’ve had to practice setting up the animal to be judged.

The Thompsons walk their pigs so the animals’ legs don’t get stiff.

They also practice how they will show their goats.

According to Lisa Thompson, they have to lead the goats in a circle and then stop to be judged. They then have to keep the goats’ legs even. But how the animal is set up isn’t the only factor in the outcome of the show.

“You have to turn to face the judge,” Lisa Thompson explained.

When showing, they have to keep their pigs away from other pigs so they won’t fight.