Shown is part of the crowd gathered at the Effingham Performance Center Sunday for the Taxpayer Revolt Rally. Kaitlin Cordes photo 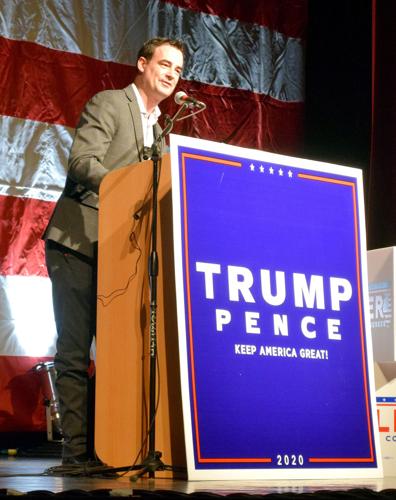 Representative of the 107th District, Blaine Wilhour, speaks to the crowd at the Effingham Performance Center Sunday during the Taxpayer Revolt Rally. Kaitlin Cordes photo 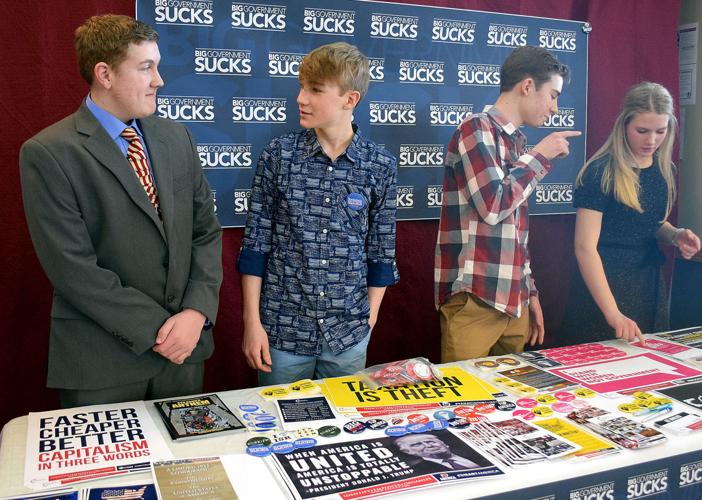 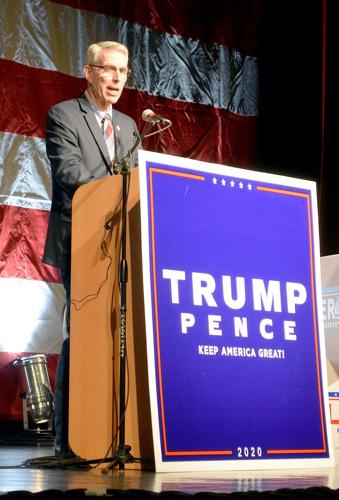 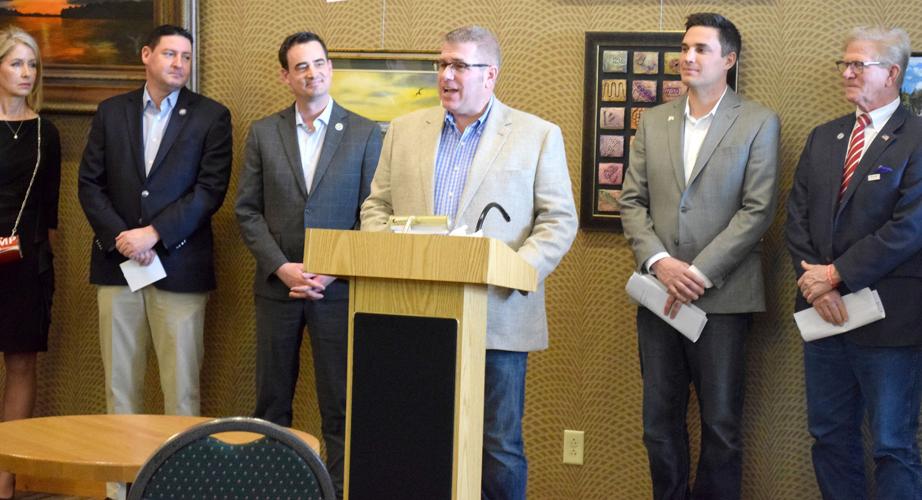 Shown is part of the crowd gathered at the Effingham Performance Center Sunday for the Taxpayer Revolt Rally. Kaitlin Cordes photo

Representative of the 107th District, Blaine Wilhour, speaks to the crowd at the Effingham Performance Center Sunday during the Taxpayer Revolt Rally. Kaitlin Cordes photo

EFFINGHAM — Reform was the central theme of the Taxpayer Revolt Rally Sunday hosted by area Republican politicians and candidates.

Phil Fearday of Sigel was one community member in attendance Sunday at the Effingham Performance Center. Fearday, a Republican precinct committeeman, looked forward to hearing from like-minded politicians and candidates.

“I’m looking forward to hearing about pro-life, free speech, the First and Second Amendment and them taking on the Democrats,” Fearday said prior to the rally.

Fearday hoped the office holders and candidates would also focus on education, especially not forcing students to learn certain materials, such as homosexuality. He said while he is not against same-sex couples, he does not think children should be forced to study the topic in schools.

Among the many adults milling around the lobby and manning stands supporting candidates and Republican issues was a table of young adults standing in front of a backdrop that read “Big Government Sucks.” Miller’s daughter, Eva Miller of Oakland, and three others represented the group Turning Point.

Miller said the organization reaches out to college-aged students on their campuses to get them involved in political issues and events like Sunday’s rally.

“Turning Point is basically an organization that goes on college campuses and promotes the principles of freedom, free markets and limited government to college students because, nowadays, our students are only being taught the leftist point of view and that socialism is good and capitalism is evil,” Miller said. “We’re basically combating that beyond campus and going in and tabling and talking to students and hosting events on campus.”

Joining Miller at the stand were brothers Elijah and Sampson Kubicek of Kansas and Krayten Willison of Oakland. Elijah Kubicek is currently the vice president of Turning Point.

Elijah Kubicek said it is good to have young people involved in events like the rally because they are the future leaders of the state and beyond.

Many office holders and candidates spoke to the crowd about what the future of the state could look like if reform would happen.

Wilhour, who represents the 107th district, said the state has been plagued with financial issues that aren’t aided by the continual rise of taxes.

“In spite of what our governor says to the media, our state is in trouble. We’ve got a big, big fiscal problem. We’ve got big structural imbalances, and it’s hurting working people,” Wilhour said. “It’s driving our property taxes. It’s limiting opportunities, and we need a plan for the future.”

Wilhour said what the state needs is to focus on creating a taxpayer bill of rights that would include a 1 percent cap on property taxes. He added at the core of properly funding education and lowering property taxes is the pension issue in the state.

Both Wilhour and Bailey, who currently represents the 109th district and is running for state senate, said Springfield needs office holders who want to reform Illinois and push for policies that will protect taxpayers.

Halbrook also encouraged those present to vote in reformers to Springfield. The representative was met with applause during the rally for spurring the movement of separation from Chicago.

Halbrook said while Gov. J.B. Pritzker has acknowledged the movement, nothing has been done to change northern politics.

“Your message last year was loud and clear and it continues to be loud and clear, but the Chicago politicians failed to listen. Just about 10 days ago, Gov. Pritzker in his budget speech spoke about the separation movement, and he said this movement will not solve the economic challenges in the state of Illinois,” Halbrook said. “The corrupt Chicago politicians are bent on forcing their policies and values on us.”

Halbrook said Pritzker’s administration has doubled the state’s gas tax and increased 20 other taxes and fees in the state.