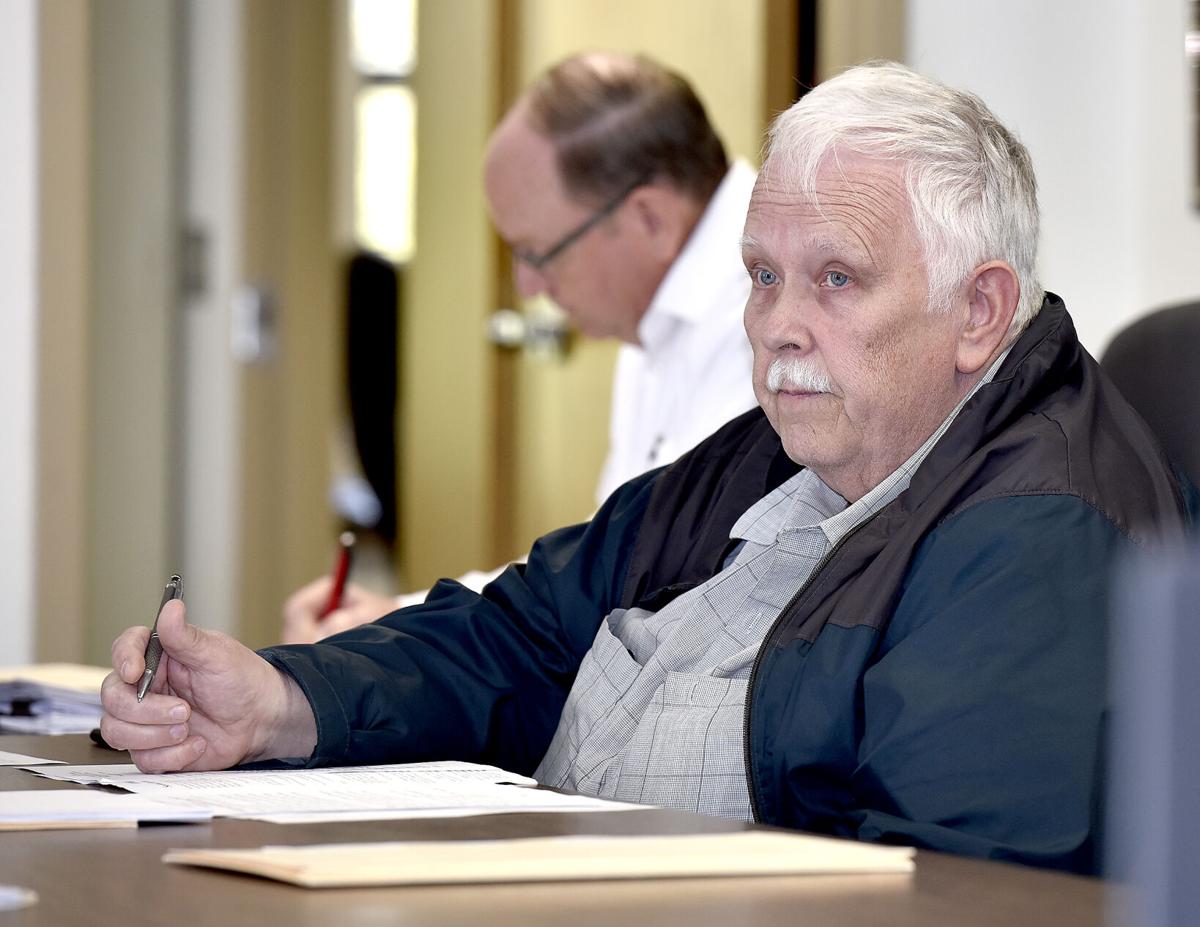 Effingham County Board member and Vice Chairman David Campbell defends the Second Amendment ordinance that he, John Perry and Elizabeth Huston proposed to the board last week. The ordinance passed 5-2. Board Member John Perry was not present at the meeting. 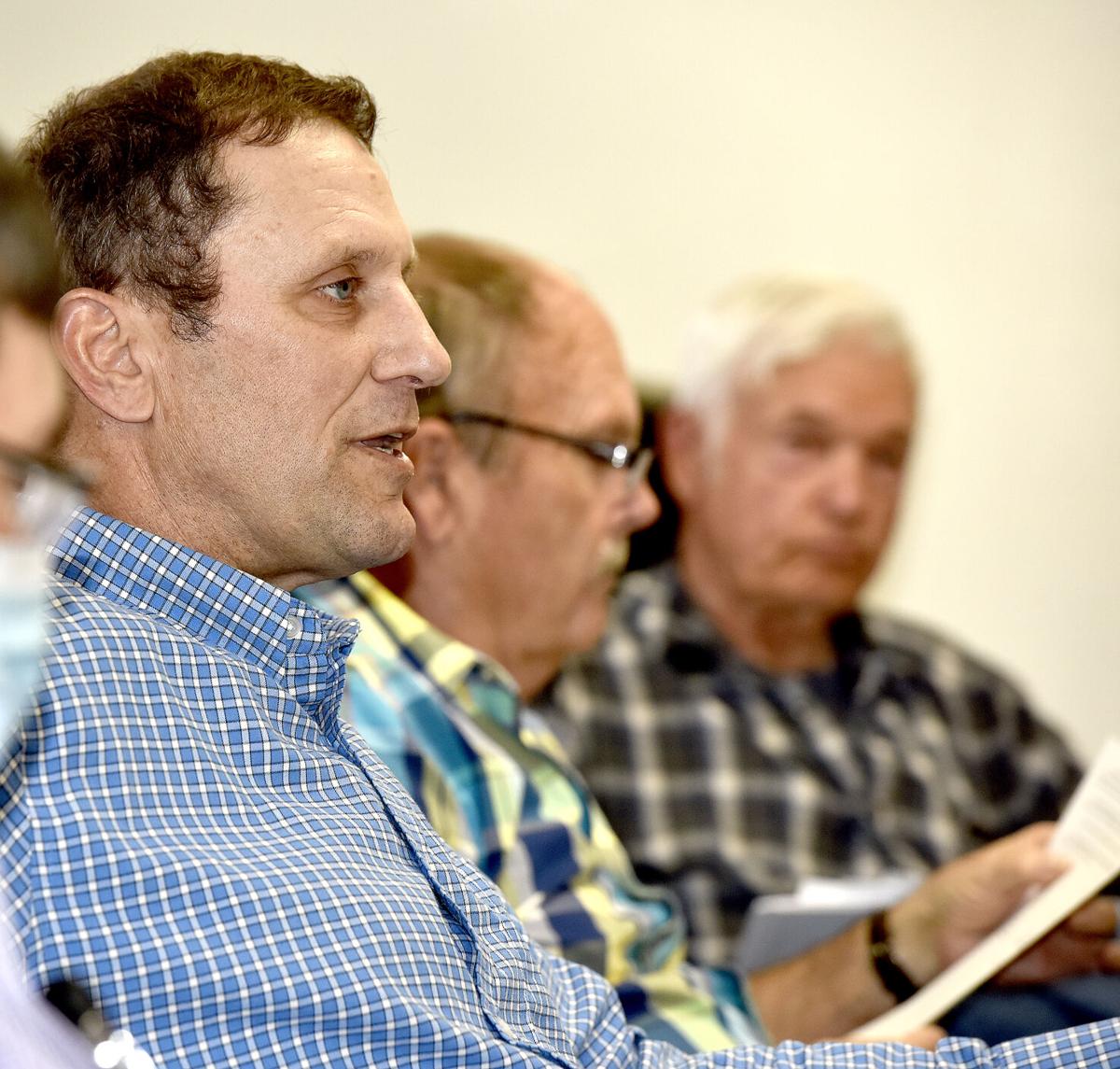 Effingham County Board member Joe Thoele proposes a resolution as an alternative to a Second Amendment ordinance proposed by board members David Campbell, John Perry and Elizabeth Huston. Thoele’s resolution was voted down 5-2.

Effingham County Board member and Vice Chairman David Campbell defends the Second Amendment ordinance that he, John Perry and Elizabeth Huston proposed to the board last week. The ordinance passed 5-2. Board Member John Perry was not present at the meeting.

Effingham County Board member Joe Thoele proposes a resolution as an alternative to a Second Amendment ordinance proposed by board members David Campbell, John Perry and Elizabeth Huston. Thoele’s resolution was voted down 5-2.

EFFINGHAM — Members of the Effingham County Board demonstrated their support for gun ownership this week by adopting the “Effingham County, Illinois Second Amendment Preservation Act 2021.”

One board member warned it could lead to legal challenges if it is seen as threatening state or federal authority.

Vice Chairman David Campbell said the fine should be increased from the $250 initially proposed to $500 per violation to give the ordinance more teeth. A majority of board members agreed in a voice vote, and the ordinance was adopted. Board Member John Perry was absent.

Thoele presented another version of the ordinance at Monday’s meeting, which he said was better than the one devised by Campbell, John Perry and Elizabeth Huston.

“What I did is left in everything that David, John and Elizabeth proposed last week until it goes down to where it talks about the House and Senate bills. After that, I pulled everything off. It was said that it was symbolic, which I believe means that it is unenforceable,” Thoele said.

“I will be voting no to that because I do think it is enforceable and I don’t agree at all with Joe,” Campbell said. “We have run this by our state’s attorney and put this together. This is a next step for our sanctuary resolution by putting some teeth into it.”

Campbell told Thoele that it was enforceable because the sheriff already has the power to deputize people.

“We are just giving them the tools to say we as a board want them to enforce this along with our constituents. Everybody I’ve talked to wants to see this happen,” Campbell said.

“It is preempting federal law, which means it’s symbolic because federal and state law preempts us, but we are trying to switch that around. That makes it symbolic in my book. We could try to enforce this as an ordinance, (but that) doesn’t mean it won’t be appealed. Dave’s (Campbell) version seems to be more provocative and I think that is what he is wanting – a measure that appears to be more offensive than defensive on the preservation of the Second Amendment,” he said.

Campbell said the county needs to protect the rights of gun owners because of legislation being proposed at the state and federal levels that chip away at those rights.

“We’ve got to show them we mean business and I think this tells it. It doesn’t mean they have to enforce it. It means they can enforce it if they want to,” Campbell said, referring to the sheriff’s office and the state’s attorney.

Thoele wasn’t convinced the wordage was right. The draft said anyone attempting to enforce actions such as the collection of taxes levied specifically on guns “shall” be subject to arrest.

“Are you saying the sheriff should arrest a federal agent?” Thoele said. “I don’t know if that is such a good idea. I really think it’s a stretch.”

Board member Heather Mumma also questioned the use of the word shall in the ordinance.

“Shall in the legal world means you will,” Board Chairman Jim Niemann said. “If there is an alternative, you put may.”

“If it will make everybody feel better, we can change that shall to may. I’m good with that,” Campbell said.

“May” is the word used in the adopted ordinance related to enforcement and fines.

Board member Rob Arnold emphasized the difference between the two documents. Thoele’s was a resolution – similar to the “gun sanctuary” resolution passed by the board in 2018. The Campbell, Perry and Huston ordinance is a law.

Niemann said the two shouldn’t be compared because the board could pass both a resolution and ordinance. He said it wouldn’t be good to pass both, but passing both is still an option.

Board member Norbert Soltwedel was not happy with either of the proposals.

“I think the ordinance opens us up to significant legal tests. We have to recognize if we take this route you’re going to be going to court against a whole lot of other agencies. So, we need to be prepared for that,” Soltwedel said. “There is going to be a fight someday. Do we want to enter into that? It’s going to cost the county some money.”

Campbell said what Soltwedel said was practically the same thing that was said when the county passed the gun sanctuary resolution.

“We haven’t run into any problems yet,” Campbell said.

Campbell said almost half of the counties in the United States have adopted similar sanctuary resolutions.

Niemann said the ordinance was a direct challenge to the authority of federal and state law and the other is not.

“As your lawyer, I can’t tell you that this is lawful or constitutional because we are telling the federal and state government what to do, not the other way around,” Kibler said. “Counties are the creation of the state government.”

“I just don’t like something that is unenforceable,” Soltwedel said.