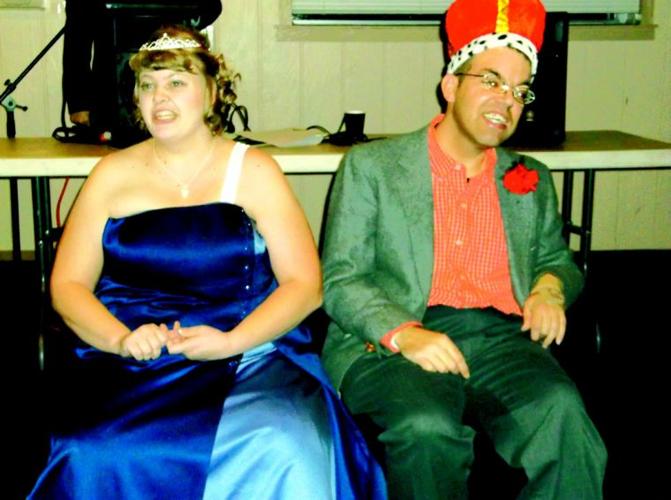 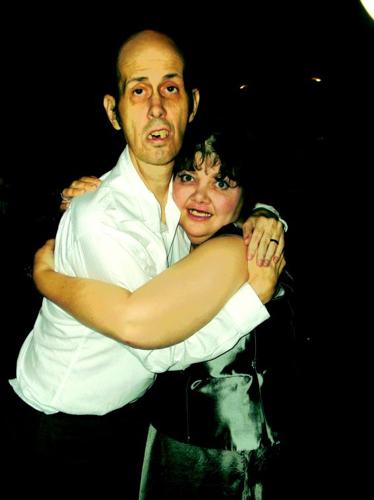 Frank Chaney of Effingham Terrace dances with girlfriend Lisa Dulaney of Vandalia during the prom at Teutopolis Knights of Columbus Hall.

Frank Chaney of Effingham Terrace dances with girlfriend Lisa Dulaney of Vandalia during the prom at Teutopolis Knights of Columbus Hall.

Most people think of proms as something that takes place when the birds are singing and leaves are on the trees.

But residents of Effingham Terrace and Wetherell Place group homes got a head start on the area's high school proms with a Twilight Prom this past weekend at Teutopolis Knights of Columbus.

Jody Workman, residential service director at Effingham Terrace, said some of her residents told her last fall that they had never been to a prom.

"Many of our residents didn't even go to high school," Workman said.

So, with a little planning, Workman and other staff members set up the event. The Knights of Columbus gave the group a discount on hall rental, while a number of businesses donated food and other goodies for the dance.

Workman said staff members Crystal Veatch of Effingham and Carol Kahley of Wetherell Place assisted mightily with prom planning. She added that residents - who range in age from 22 to 89 - were tickled to death to have this special event in their lives.

"They are all very excited," she said. "They've been talking about it for weeks. It really bolsters their self-confidence."

Resident Amber Stiverson of Effingham Terrace, who grew up in the Vermilion County community of Rossville, said it took her a couple of hours to get ready for prom.

"I've never been to a prom before," Stiverson said. "It's a lot of fun because I'm with my friends."

Effingham Terrace resident Rob Barker, originally from Charleston, said this was his first prom, as well. Barker said he had definite plans for the evening.

"I'm going to be dancing like crazy," Barker said.

Barker's mother Debbie said her son was particularly excited about riding in a limousine on his way to the prom.

"He was very proud - very excited," Mrs. Barker said. "He likes to dress up and dance."

Other parents in attendance were happy to see their kids having such a good time.

"It's exciting to watch their faces, knowing they got to participate in something everybody else does," said Janet Smallwood of Dundas, whose son Jacob lives at one of the homes.

"It's nice to see them enjoy life instead of life passing them by," added Jacob's dad Clinton.