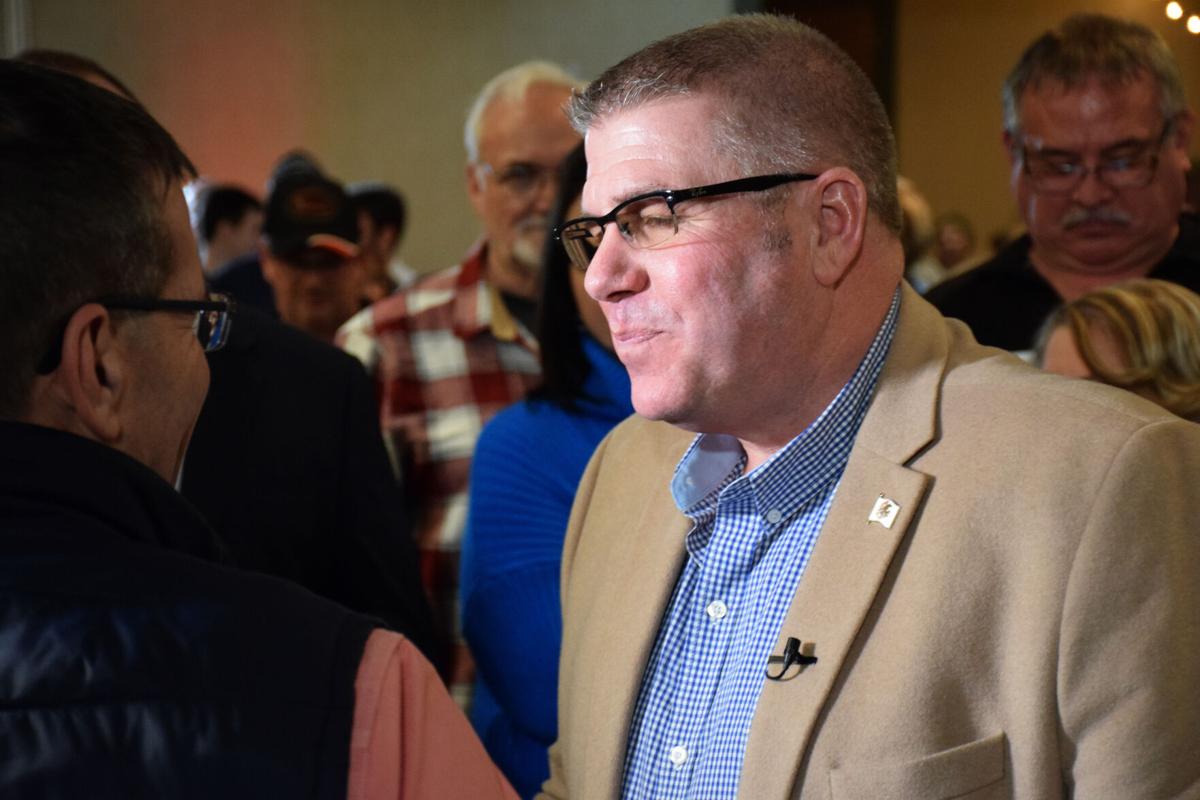 Darren Bailey, stands in the middle of a mass of people, all wanting to shake his hand. 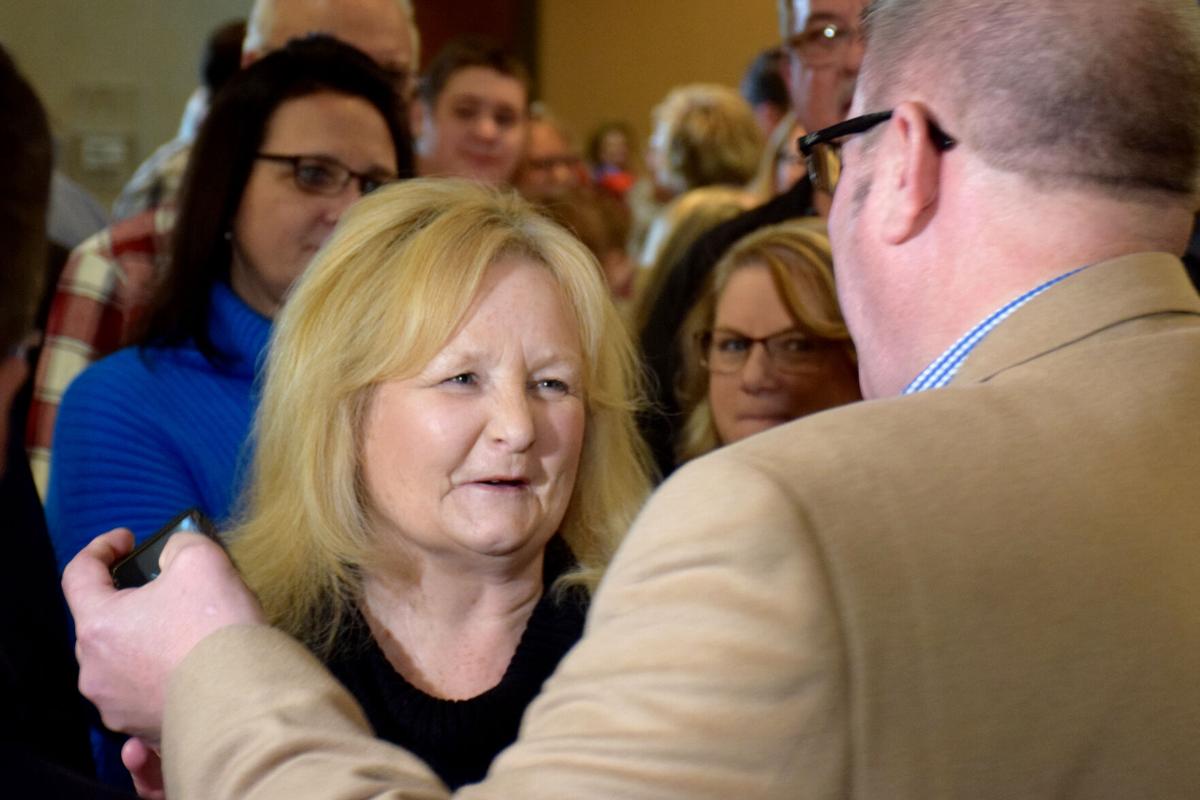 A woman breaks through the crush of people to say hello to Darren Bailey after his announcement. 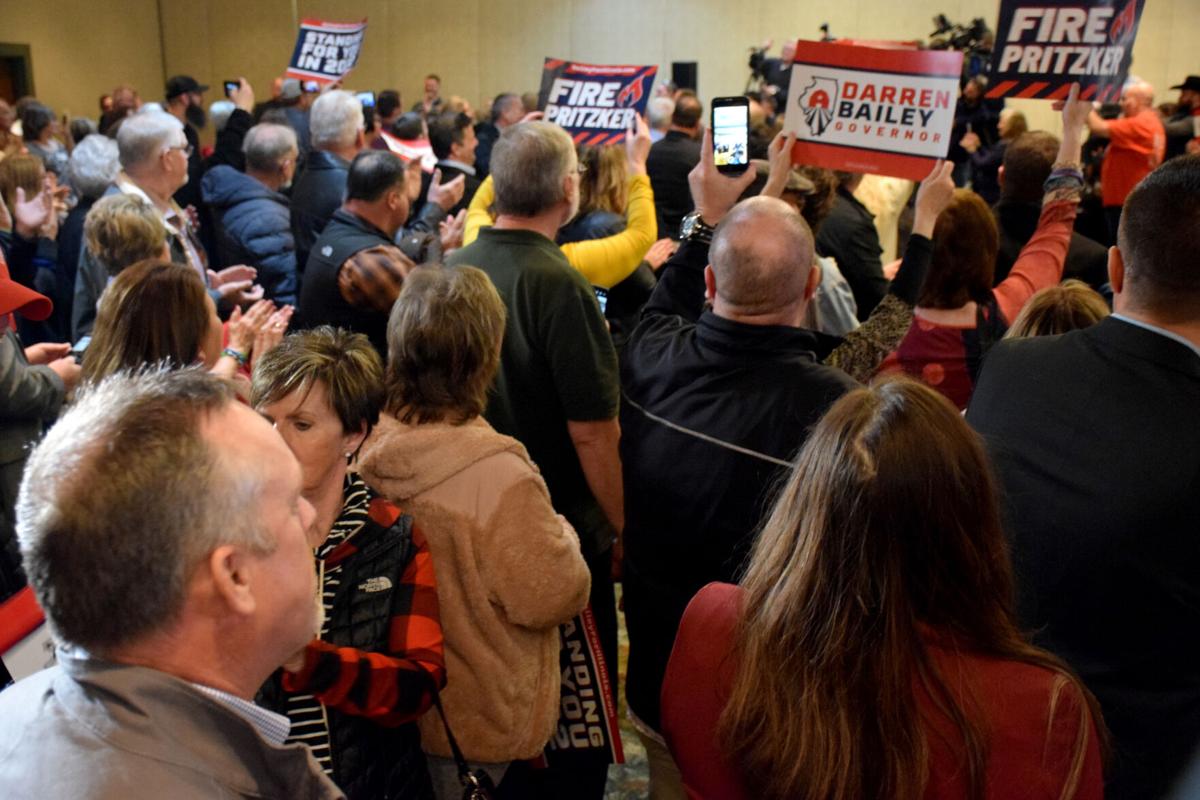 The crowd at Darren Bailey’s campaign launch, waves signs and cheers for their candidate. 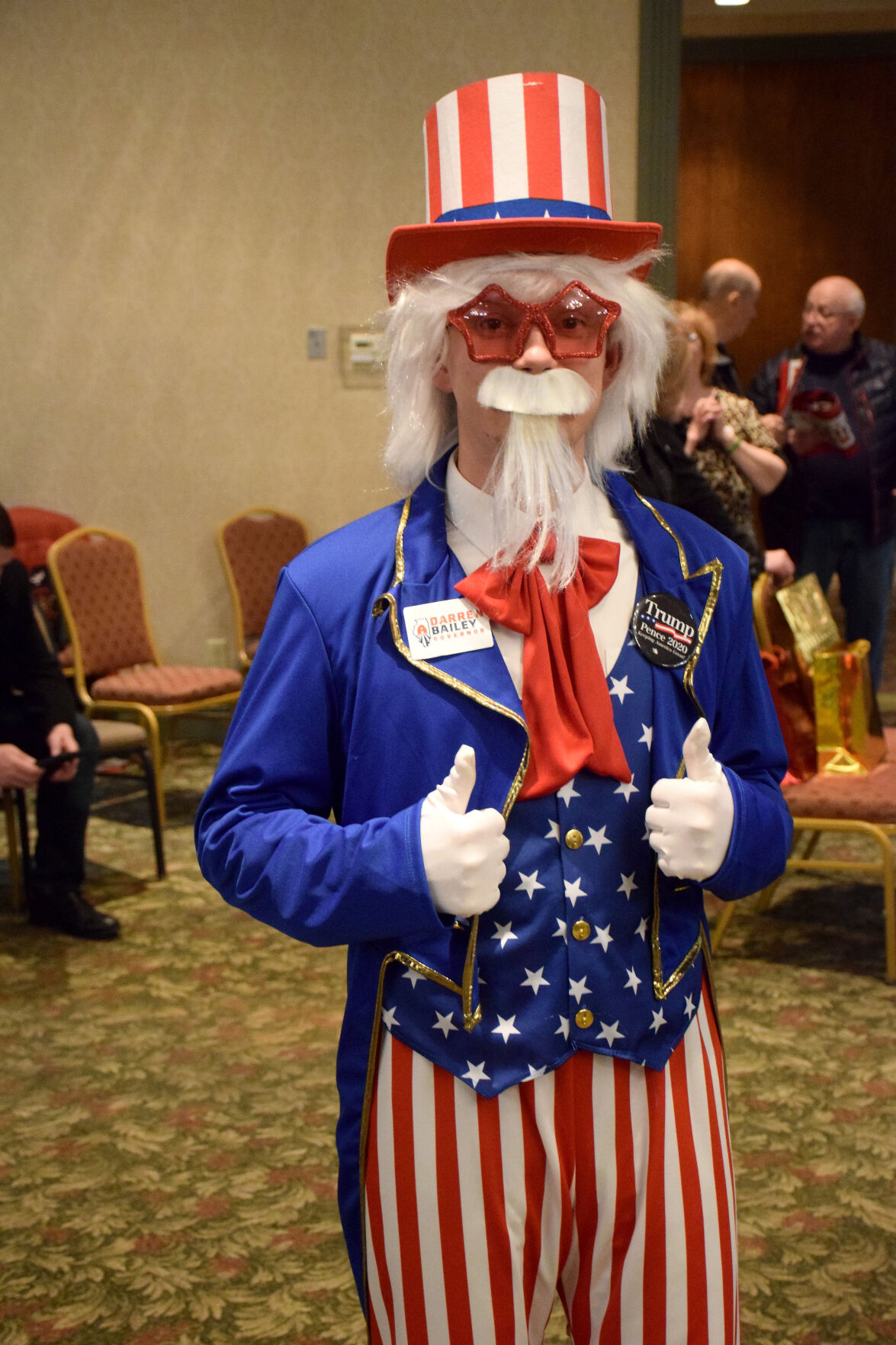 Uncle Sam roamed the Bailey event. Usually, the local Republican goes by the name of JonathanPiperakis. 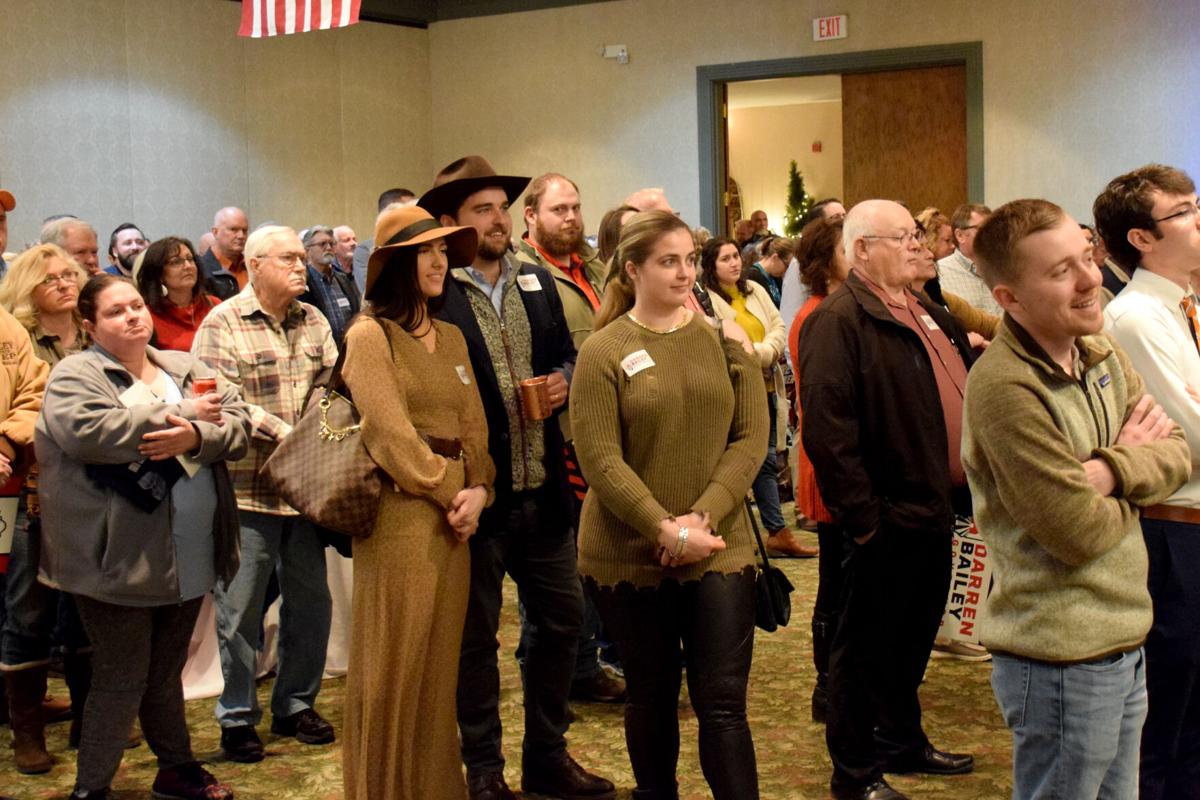 As people shuffled into the banquet hall to see Darren Bailey, they listened to fiddle and guitar renditions of hymns. 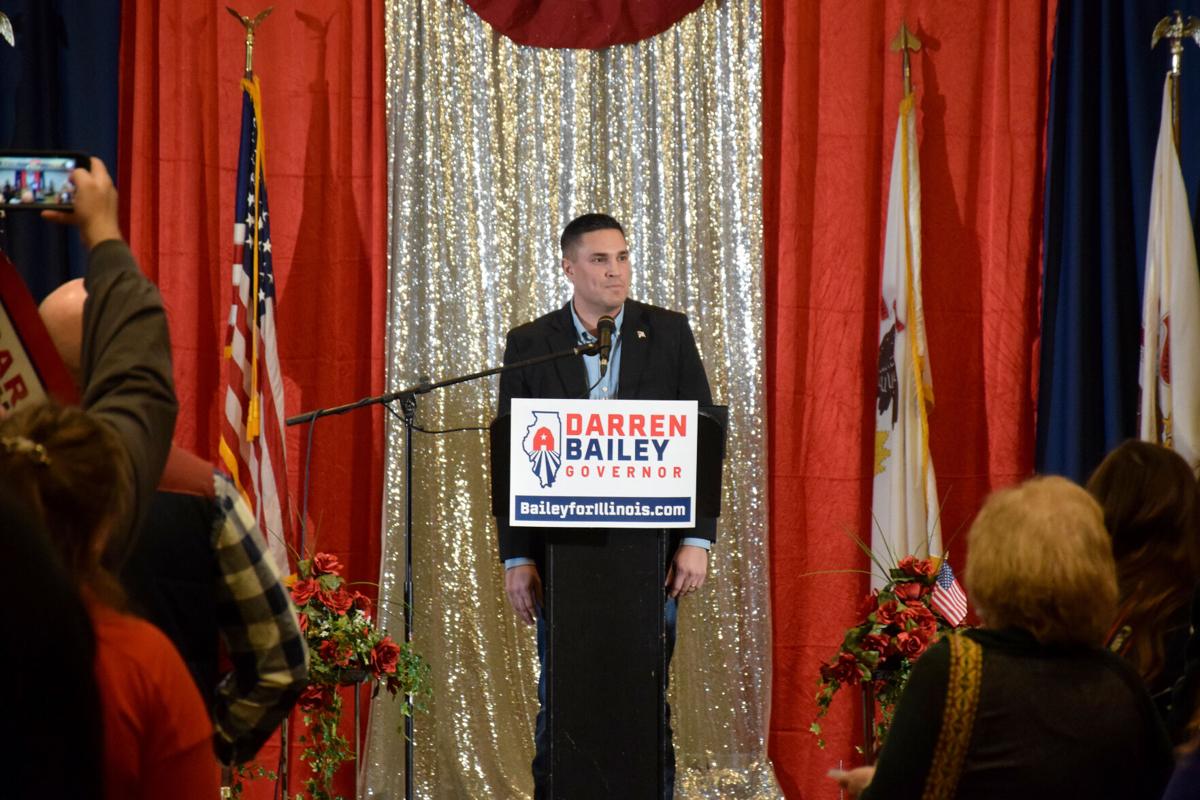 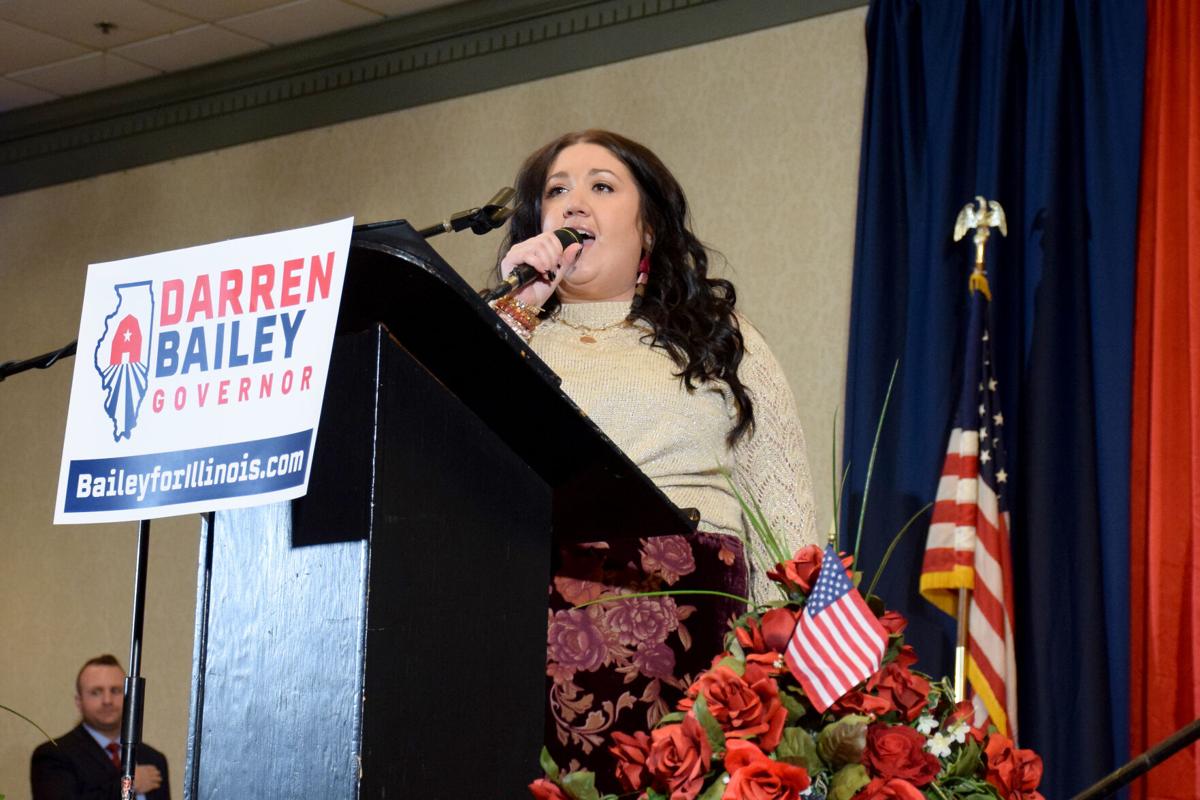 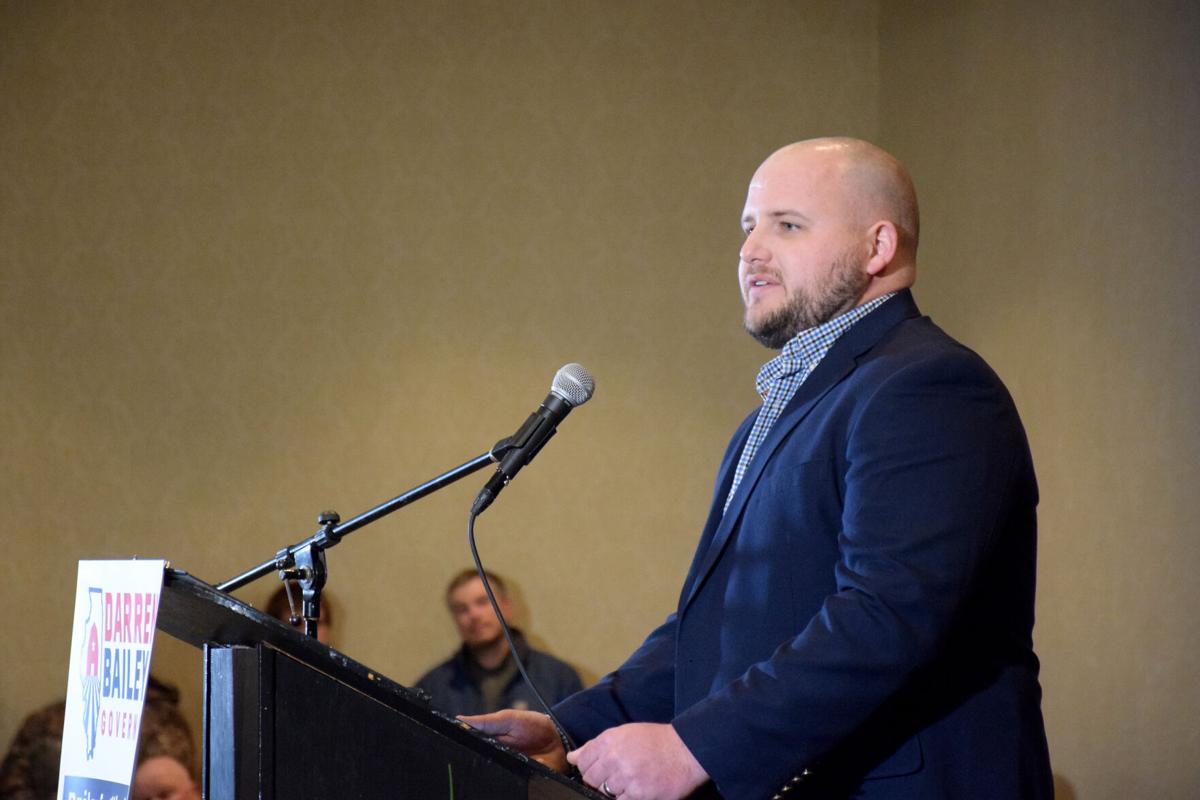 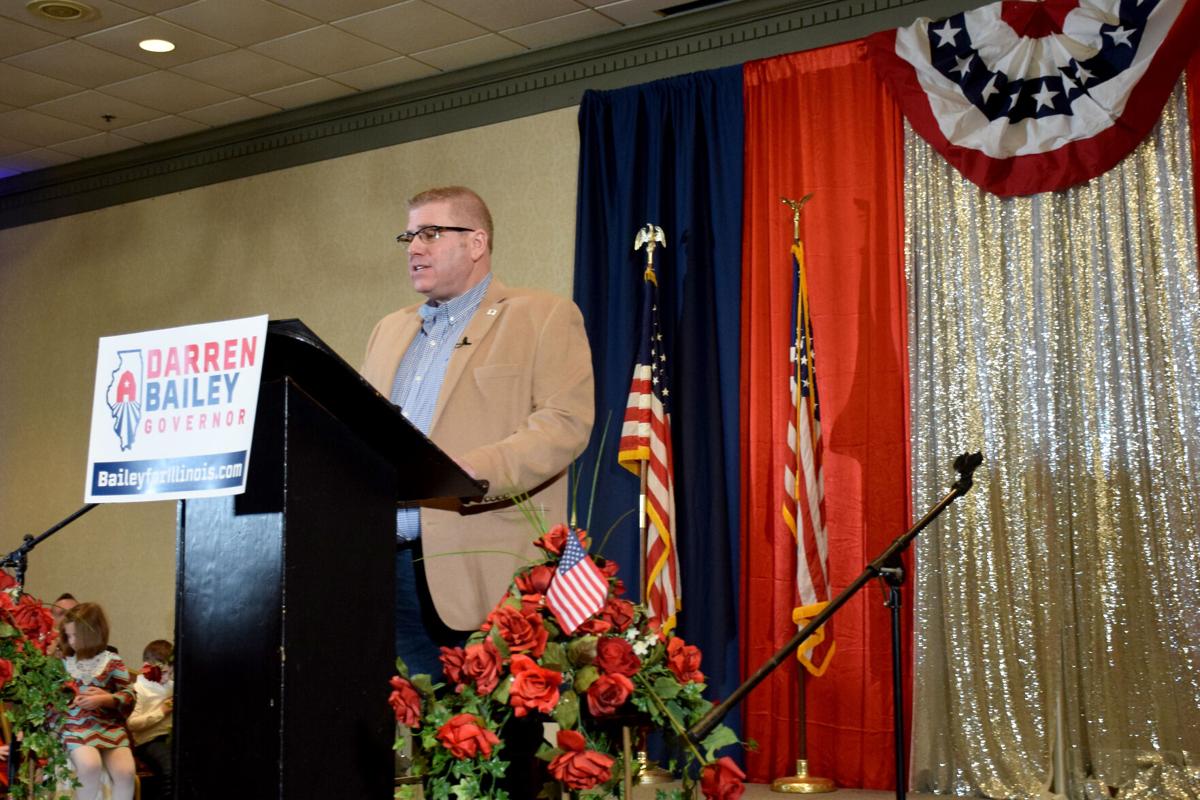 “We tried the country club approach and we tried the Chicago loop approach and I don’t think it’s worked for anyone in this room,” said State Sen. Darren Bailey in his speech announcing his race for governor. 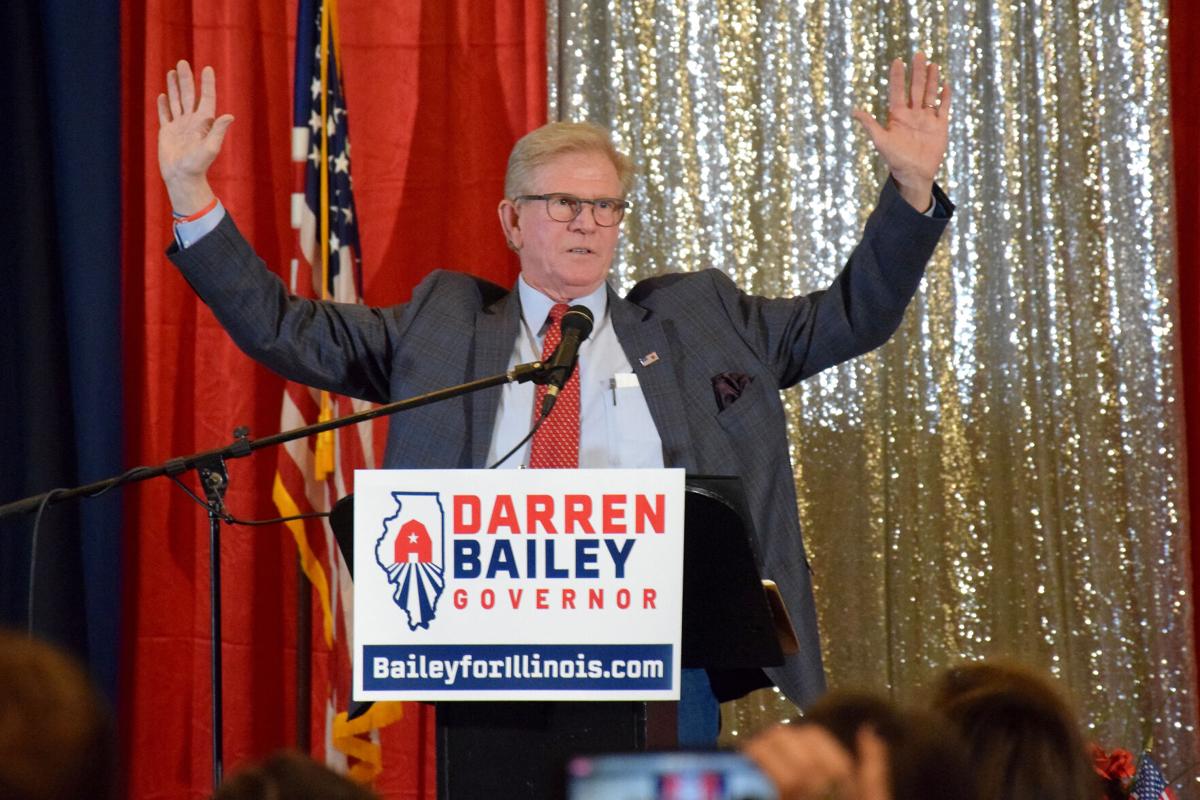 State Rep. Chris Miller, R-Oakland, holds up his hands in the style of Moses at the Biblical Battle of Rephidim during his speech.

The crowd at the launch of Darren Bailey’s campaign for governor at the Thelma Keller Convention Center in Effingham was large and fiercely Republican. They booed at the mention of recent controversial rules from the state board of education and cheered at the mention of “common sense conservative values.”

Several members of the crowd even called out quotes from Ronald Reagan.

State Rep. Adam Niemerg, R-Dieterich, who was the night’s emcee, was responsible for getting the crowd warmed up. At one point, Niemerg quoted the former president.

“If we lose freedom here, there is no place to escape to...” said Niemerg. As he was finishing the quote, folks joined in, unprompted.

“... this is the last stand on Earth,” they said with Niemerg.

After the speeches ended, hundreds stayed around, some for more than an hour and a half, just to get a picture and a handshake with Bailey.